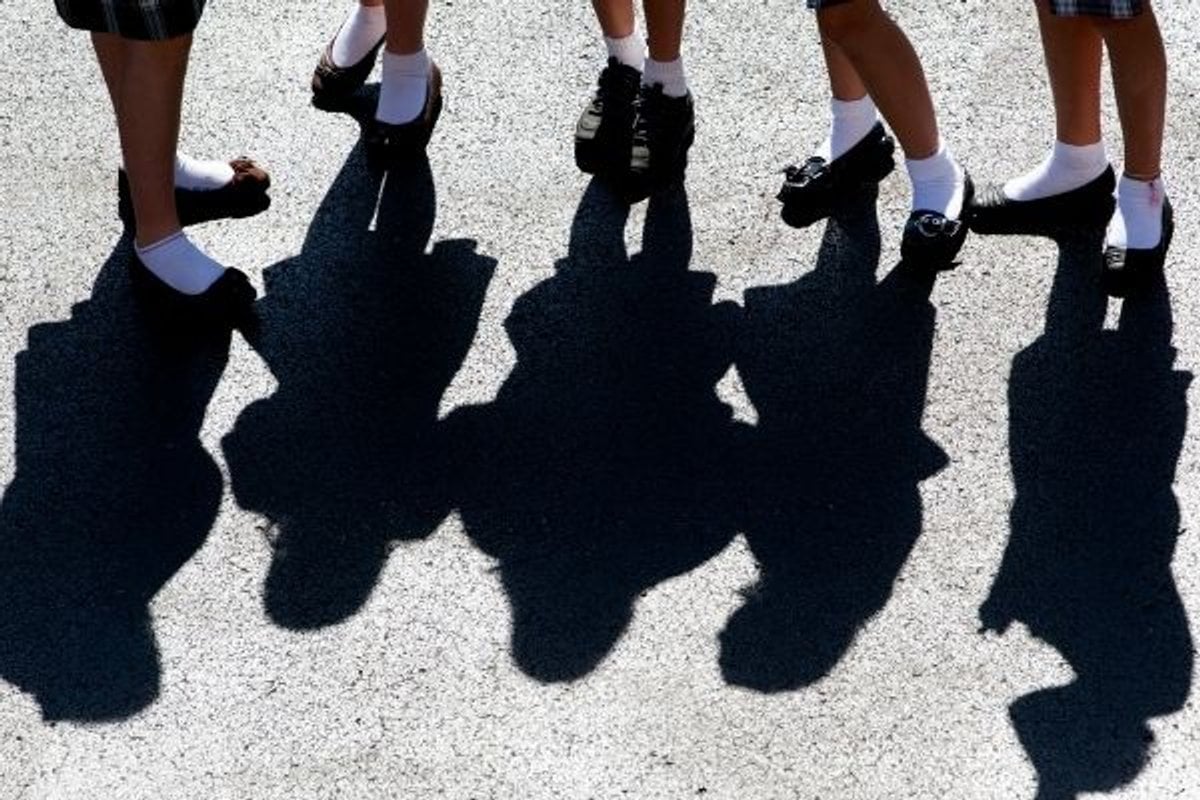 There's a story going viral this week about an assignment in an Australian classroom.

Even the New York Post is reporting on the disturbing task that asked Year 10 boys at St Luke's Anglican Grammar School in Sydney to pick their ideal girl based on a points system.

As the Sydney Morning Herald first reported, the boys were given 25 points and a bunch of qualities to choose from.

Being a virgin and being attractive was worth six points each. Having a sense of humour was worth five. Having ambitious goals was worth three points - as was hard working and being of 'good pedigree.' Being socially competent and brave was worth just two points, and right down the bottom, worth just one point were things like: having money, being sincere, generous, adventurous and caring for the world.

Read: A point system for girls: The worksheet boys were given in an Australian classroom.

Sydney school teaches boys to value virginity in a girl (why does that concept even exist anymore) 6 times more than ‘cares for the world’.

Whilst simultaneously teaching girls to guard their virginity.

Unsurprisingly, it's been widely criticised, and the school's headmaster has reportedly apologised to parents for the inappropriate material. But there's another side to this story - the girls' side.

Instead of being given a list of attributes to look for in a man (note, it's also being assumed in these lessons, that all kids are heterosexual, which is a problem in itself), the girls were instead lectured about the importance of virginity and how "Satan provides opportunities for fleeting sexual encounters".

Phoebe* can attest to that lesson. She experienced a similar one herself at an Anglican school.

"The girls were taught that we were like 'flowers' and each person we slept with was removing a petal from our flower. And by the time we met our husband we'd be a sad stalk instead of a beautiful rose," she explained.

Listen to hosts Lucy and Emily discuss their sex-ed experiences on The Undone. Post continues after podcast.

It was a sentiment that extended into her local Anglican church youth group.

"I remember all the girls were asked to stand up [during one session]. So we put our bibles down on our chairs and stood up. We were instructed to place our hands by our sides and then to look down. 'Do your shorts end before the ends of your fingertips?' I felt immediately ashamed, because yes, they did. It was 30 degrees. Then we were told that kind of clothing was tempting for the boys and promiscuous in nature. That was my first memory of being shamed for just...existing," she told Mamamia.

Mamamia's Lifestyle editor Tamara Davis also went to an Anglican highschool, but says there was nothing about "saving themselves" taught in their sex-ed lessons. In fact, she had what she describes as a feminist education.

Of course, this is a testament to the fact that even between religious schools, the messages passed on to students are not the same.

With that said, the lessons taught by the church are worth paying attention to.

A report released this month, commissioned by the Anglican Church of Australia, found that those inside the church were significantly more likely to have experienced domestic abuse than those in the broader population.

The report found that the misuse of 'Scripture' by the abuser was considered to be implicated "at least some of the time by nine in ten clergy."

It noted that those who went to church regularly were more likely to have been in an abusive relationship than those who did not.

Statistics like these are what make the lesson at St Luke's even more disturbing. An activity designed to make the boys value a girl's virginity, attractiveness and 'pedigree' over her generosity, bravery and ability to earn her own money.

Today, what's been happening at St Luke's Grammar School has shown the degradation + objectification of girls. Tomorrow, it'll show how these same institutions treat PoC, the LGBTQI community, disabled people, migrants, the list goes on. If this is "education", we have to fix it.

But what's being being taught at the same school to 14-15-year-old girls is equally as devastating.

Phoebe said the messages she received about virginity meant her first sexual experience, with her boyfriend at the time, was one laced in shame. Because it happened out of wedlock, she felt like a bad person. Like she had something to be sorry for.

Perhaps the fact these values are being interrogated, however, can be counted as progress.

Reply
Upvote
1 upvotes
Three of us, all women in our 60's, just don't know whether we should laugh, or do what our gut is telling us to do and scream. Loudly. So bloody sick of it
G
gu3st 4 months ago