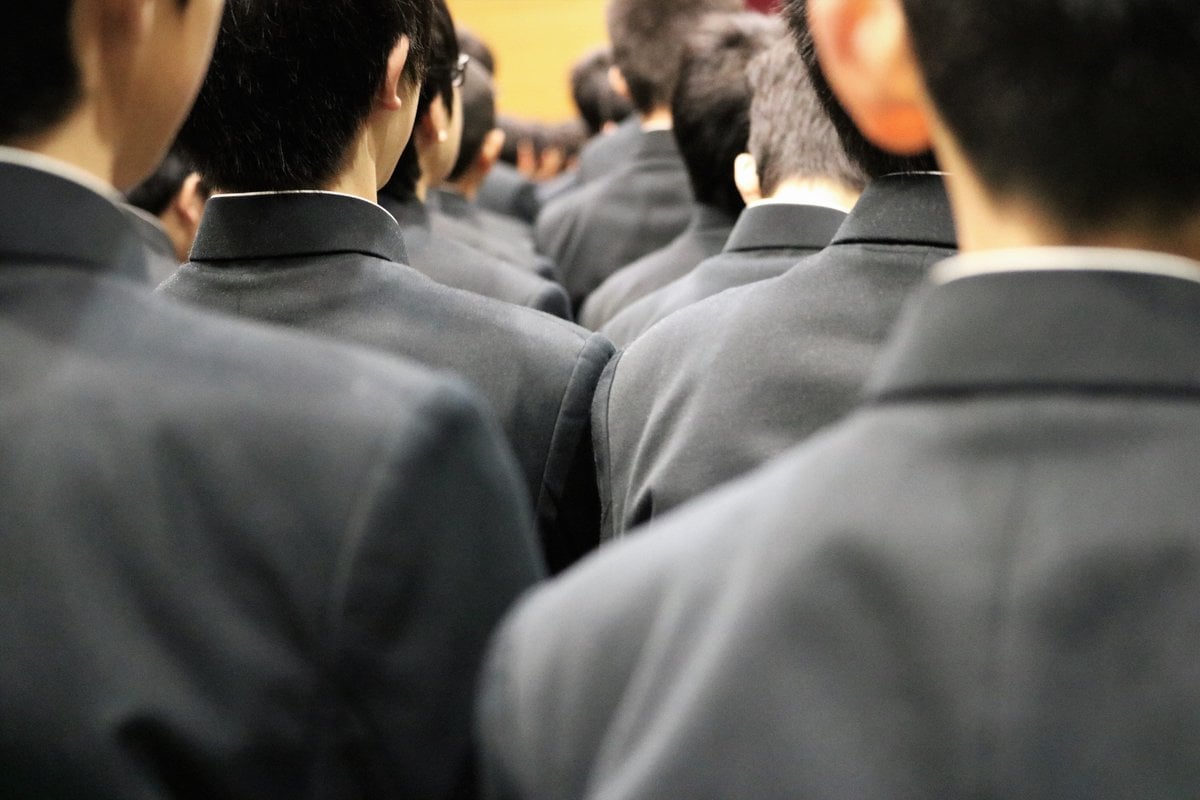 That's how some male students at a school on Sydney's Northern Beaches described a task given to them last week, in an exclusive obtained by Sydney Morning Herald.

The Year 10 boys at St Luke’s Grammar School were asked to use a points system to choose the qualities they wanted in a girl - with no apparent consideration for the fact some of the boys might not be heterosexual.

High on the points list was a female's virginity, whilst the quality of being "generous" was ranked among the least important.

Journalist Jordan Baker reports the girls at the co-ed school were meanwhile taught the value of abstaining from sex until marriage.

This exercise👇 was given to Year 10 boys at St Luke’s Anglican Grammar School, teaching the boys how to choose a girlfriend. The qualities listed speaks volumes about how girls are perceived and what is being valued. #education #sexism #religion pic.twitter.com/Mdrf5iegxh

Along with virginity, the qualities worth six points were "popular," "good looking," and "strong Christian," as well as "loyalty," "intelligent," and "trustworthy".

"Great kisser," "good pedigree," and "owns a car," were worth three points.

Worth just one point included "sincere and serious," "adventurous," "similar beliefs," and "cares for the world".

According to the publication, the school's headmaster Geoff Lancaster sent a letter to parents on Friday, apologising for the inappropriate material, and said the teacher is "is very sorry for the offence he has caused and saddened to think that the way this discussion was framed has upset our students".

Since Fairfax's publication of the list, criticism of the task has been swift.

This is grotesque. Girls don’t need to be rated by boys; doing so encourages misogyny, and the commodification and objectification of women.

I seriously don’t even know where to start with this….apart from trying to understand what sort of 17th century minds came up with this?

And why are we letting them near young, impressionable male minds in 2021? https://t.co/YGmdalppOj

And why do they receive taxpayer support?

Sydney school teaches boys to value virginity in a girl (why does that concept even exist anymore) 6 times more than ‘cares for the world’.

Whilst simultaneously teaching girls to guard their virginity.

It’s alarming how far behind societal values some are, many of them living in a religious bubble. They shouldn’t be let anywhere near children.

Just fired off an email to St Luke's senior leadership team & board incl.

What you should be teaching boys is to value & respect girls & women as equals on every level. Our virginity is our business not boys or men#enoughisenough

Also prescribes the students must be heterosexual? Like, do they ask the gay kids to leave the room whilst doing this exercise? 🤷‍♀️

Reply
Upvote
I see the Manly Observer has posted on FB a letter that was sent by the St Luke's principal to the St Luke's alumni. It appears some St Luke's parents have now contacted the school to raise some historic concerns regarding the St Luke's teacher at the centre of the Christian Studies lesson (who has now resigned).
I saw another post on FB that mentioned a blog post on the St Luke's website in 2017 about girls and co ed schools, and wondered if the rating system lesson plan was still being used back then, because if it was, para 5 is particularly interesting! It reads:
'Rather than looking at what is constantly rehashed as reasons for girls’ school, we need to look at what the girls gain from being in a co-educational setting. They gain a community that values them beyond their gender. They experience an environment where mutual respect is part of the everyday and, where contrary to popular mythology, they do not spend their days being rated and dated. As one girl expressed to me, “I used to look at all boys as though they might be a boyfriend, now I have friends who are boys”.'
Full post: https://www.stlukes.nsw.edu.au/blog/why-co-ed-is-good-for-your-daughter/

Reply
Upvote
1 upvotes
I am speechless. I am appalled. And people wonder why women are treated they way they are in 2021. This teacher needs to be sacked. Without question. As an example. To show the cohort how appalling this is. To show boys this was so incredibly wrong that someone lost their job over it. To show the boys girls and women are worth more than their virginity and being ranked by the privileged few.  St Luke’s - sack that teacher immediately to show the country how much you disagree with that teacher and how much you value girls and women.
News
General
Opinion
True Crime
Politics
Sport
Explainer
Entertainment
Celebrity
Reality TV
Movies
TV
Books
Rogue
Royal
Lifestyle
Beauty
Fashion
Weddings
Home
Wellness
Health
Fitness
Travel
Food
Parents
Before The Bump
Pregnancy
Baby
Kids
Teens
School
Parent Opinion
Work & Money
Money
Finance
Career
Lady Startup
Relationships
Sex
Dating
Separation
Friendship
Family
Real Life
Couples