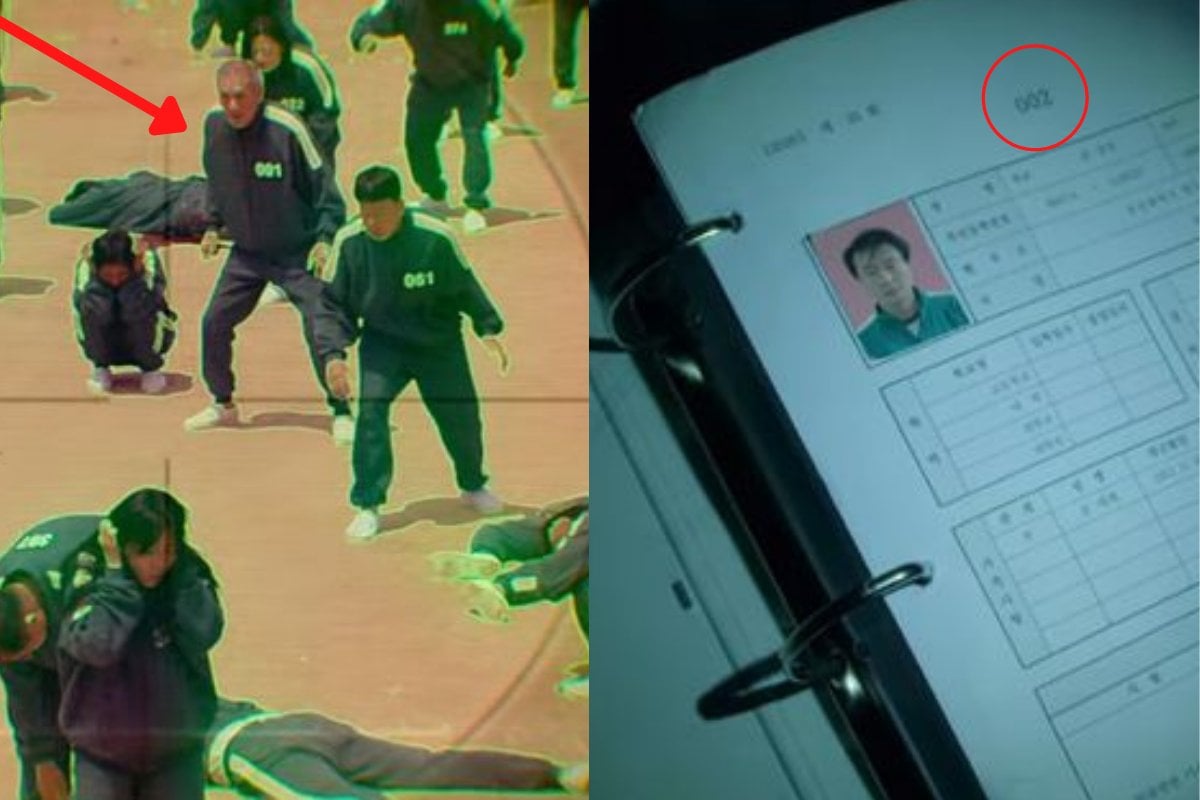 In case you've missed it (hello, have you been living under a rock?) Korean Drama Squid Game has well and truly solidified itself as a very significant place in pop culture. So much so that it's amping up to be Netflix's most popular series... ever.

And it's no wonder.

Filled with a heck load of psychological tension and drama, the nine-part series has left us wanting more. And more.

Which is why we thought we'd pull together seven things that will change the way you watch the series back for a second time.

HUGE spoilers ahead! Be warned.

Watch the trailer for Squid Game. Post continues below.

The games were in plain sight all along.

It turns out competitors could see what games they were up for next while in their accommodation, if only they took a moment to read the writing on the wall.

Hidden behind the bunk beds were drawings that illustrated each and every challenge - from honeycombs to the final squid game.

But it just didn't click for the players in time (or us either, tbh).

From the beginning, All the games were drawn already on the wall but no one noticed it...

And that makes a whole lot of sense in hindsight.

In episode one, when players compete in their first game, competitors are understandably shook when they discover they are executed when they lose a game.

Player one, Il-Nam, chuckles and continues running alone in the game, and, if you were anything like us, you probably assumed it was due to his aforementioned brain tumour and lack of fear for that same reason.

On second watch though, a quick flash shows that he isn't being picked up by the killer doll at all.

Potentially a glitch? Or was player one safe all along? 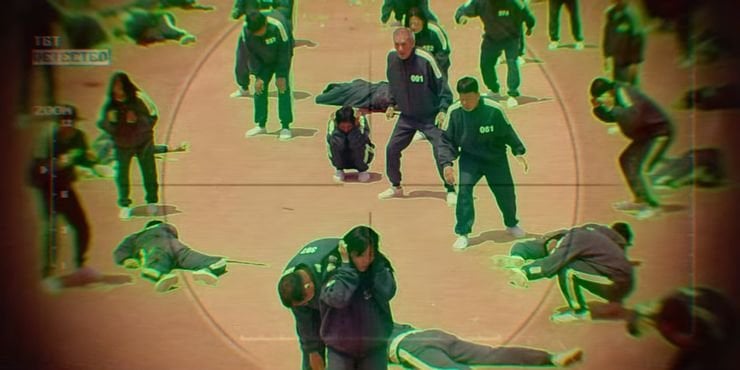 Deok-su's death was foreshadowed from the beginning.

In episode two when all contestants are set free from the game, each one heads back to life as normal.

But as it turns out, what each of them do says a lot about their demise.

Show villain, Deok-Su is being chased by a gang when he jumps off a bridge to escape. 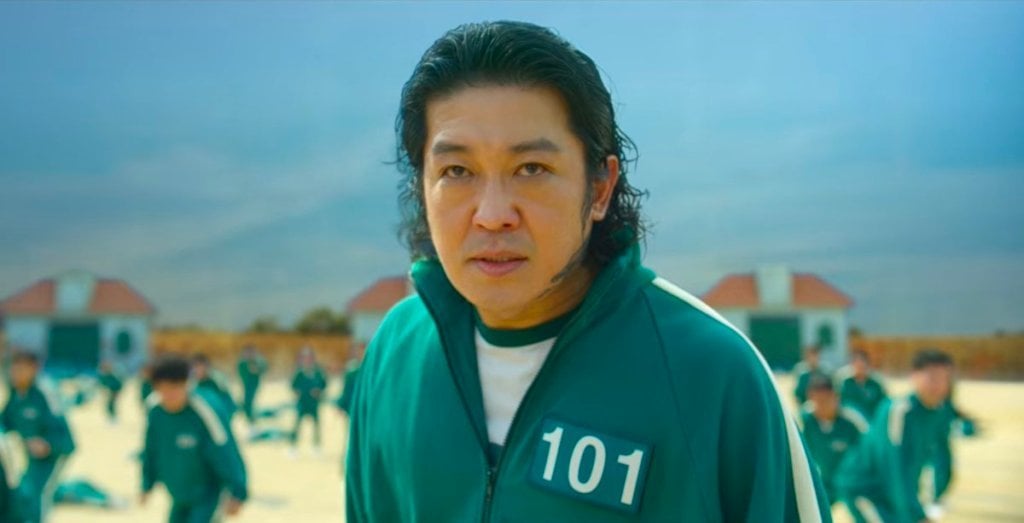 So, when in episode seven he ends up leading the group on the glass jumping challenge, it should really come as no surprise that he falls to his death with Mi-nyeo who takes him down with her (which is also foreshadowed in episode six, fyi!). 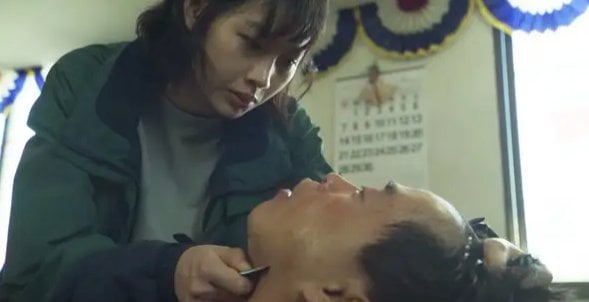 In episode two, North Korean woman, Sae-Byeok leaves the games and threatens a man by holding a knife to his neck.

In episode eight, she faces the same fate at the hands of Sang-woo, before they are set to compete in the final game.

In episode two, Sang-Woo can be seen attempting suicide in a bathtub when he is unable to escape his growing debt and the Korean police. 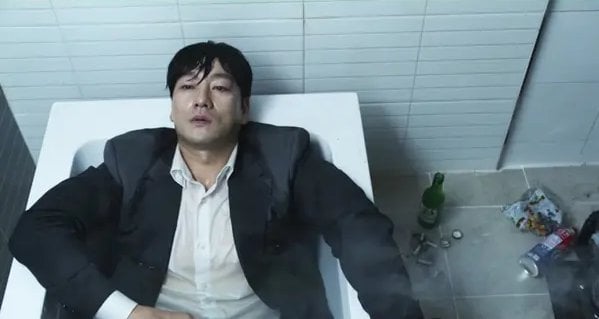 Then, in episode nine, Gi-Hun's best friend dies by suicide in the pouring rain after realising he has nothing to live for if he doesn't win the money.

There's no trace of player one, Il-Nam in the game records. 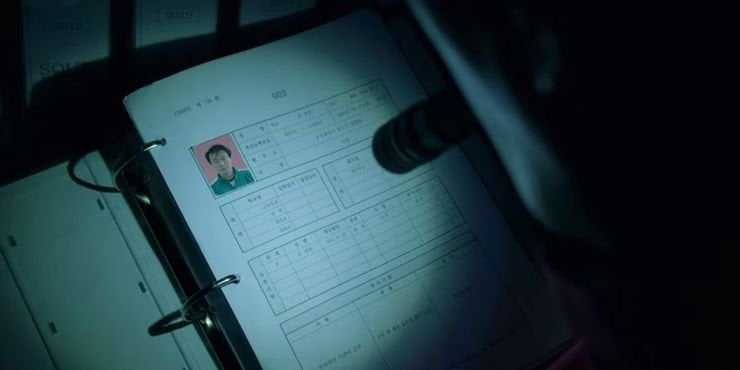 When detective Jun-Ho comes across the games' player book in search of his brother, the binder conveniently starts from number 002.

I suppose the creator of the games and player one, Il-Nam, didn't quite need background information on himself. ¯\_(ツ)_/¯

And he's the only main character that doesn't share a backstory.

We probably should've been a bit more suspicious of this detail.

Over the first two episodes of Squid Game, we learn what debts lead each main character to the games... For all but Il-Nam, which makes a lot of sense given he was rich.

Gi-Hun of course had a gambling problem, while his friend Sang-Woo committed financial fraud, Sae-byeok was hoping to bring family across the border of North Korea, and Ali was an illegal immigrant who hadn't been payed for months.

At the end of the series we learn that his brain tumour was true, but everything else he said was a lie.