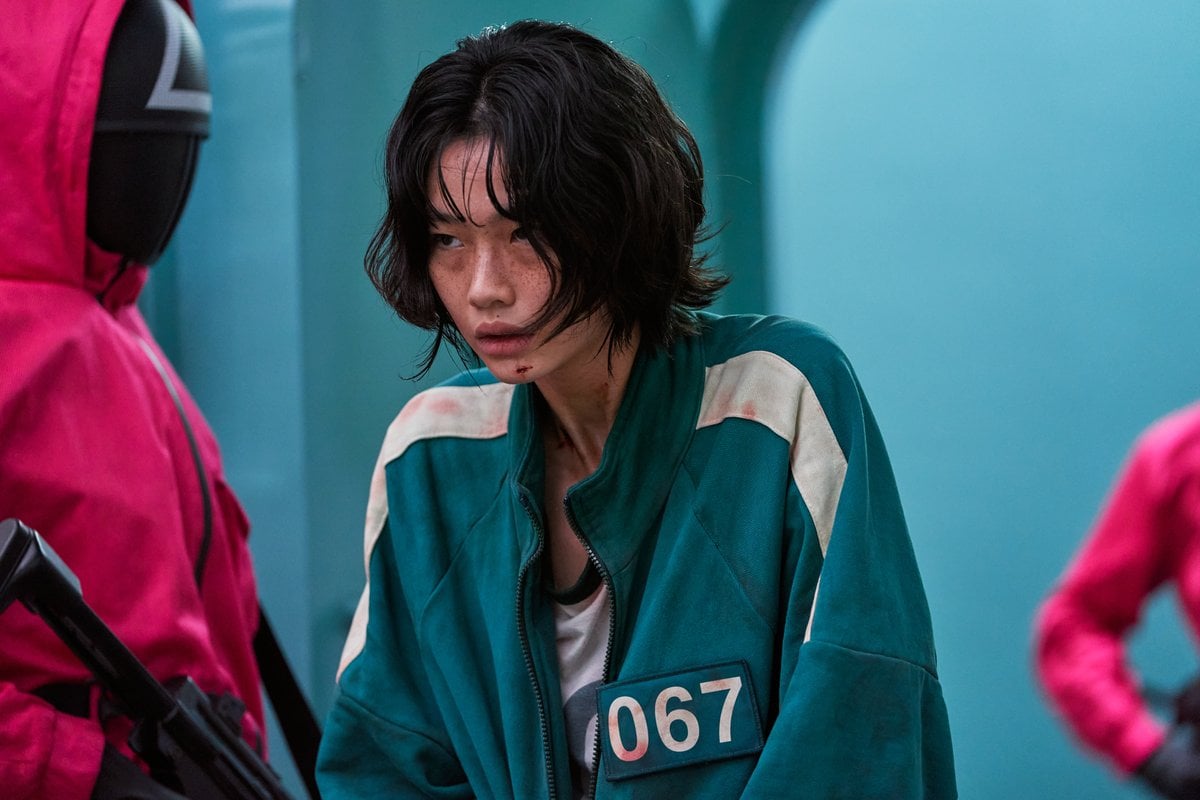 If you've been on Netflix in the last week, you've likely heard about the new series Squid Game.

And once you start watching the series, it's easy to see why.

Below, we unpack what Squid Game is about and deliver our verdict on whether you should watch it.

In the first episode of the series, viewers are introduced to Gi-Hun (Lee Jung-jae), a middle-aged divorced man living with his mother.

Between his debts to the bank and his crippling gambling addiction, Gi-Hun is struggling.

His mother is ill and needs surgery, he's being chased up by threatening debt collectors, and he can't even afford a decent birthday present for his young daughter.

After visiting his daughter for her birthday, Gi-Hun runs into a mysterious well-dressed man at the train station, who hands him a card with a circle, triangle and square on it.

The man tells him that if he wants to play a game to win money, he should call the number on the back of the card.

Desperate and driven by the prospect of losing access to his daughter, Gi-Hun calls the number. 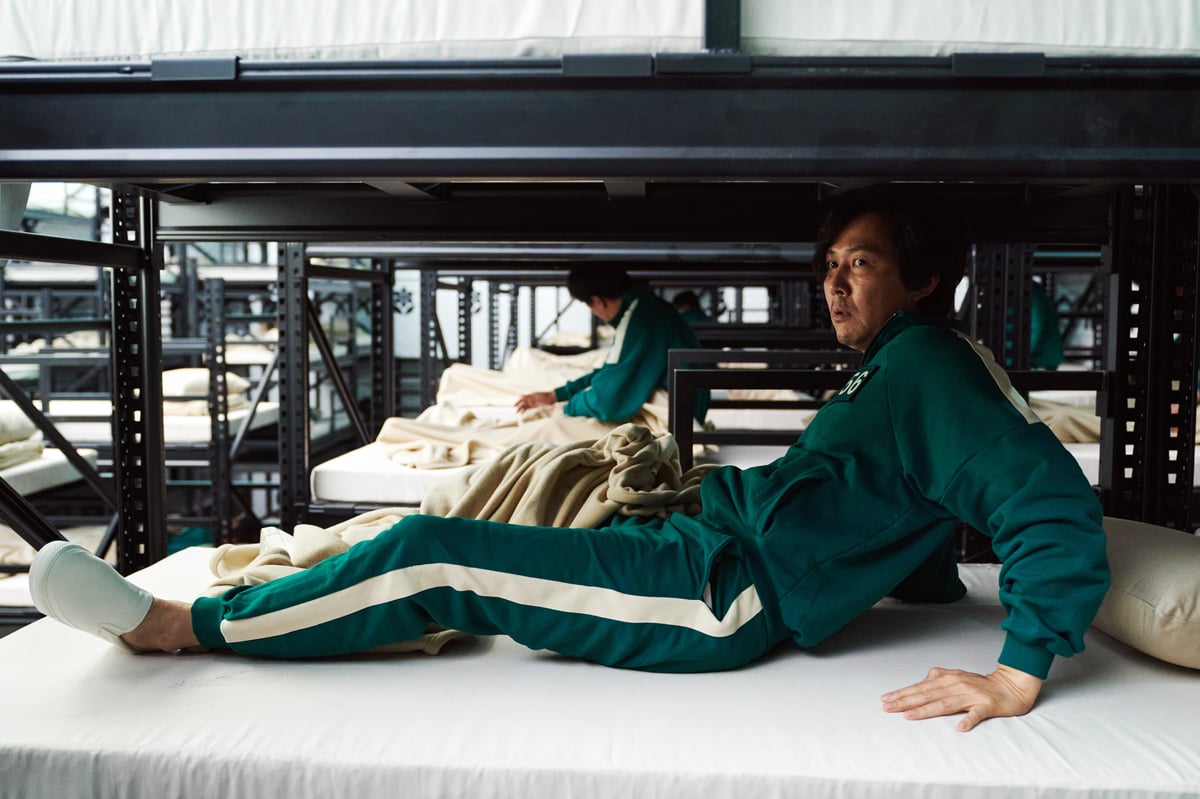 Shortly afterwards, a shady van driven by a masked guard arrives and Gi-Hun jumps in the backseat, before promptly losing consciousness.

When Gi-Hun later wakes up, he's in a room full of hundreds of other disorientated people – all wearing green tracksuits.

As the episode continues, the 456 people in the room learn that they're participants in the "squid game", a competition involving a series of traditional South Korean children's games with the chance to win ₩45.6billion (AUD $53 million).

The catch? The games are deadly. And only one person - the victor - will survive.

The twisted storyline and the bright aesthetics.

The personal stories of the main characters.

The Hunger Games for the deadly competition, Black Mirror for the twisted storyline, and Takeshi's Castle for the colourful sets.

There are nine episodes, ranging from 30 to 60 minutes long. All nine episodes of Squid Game are available to watch on Netflix now. 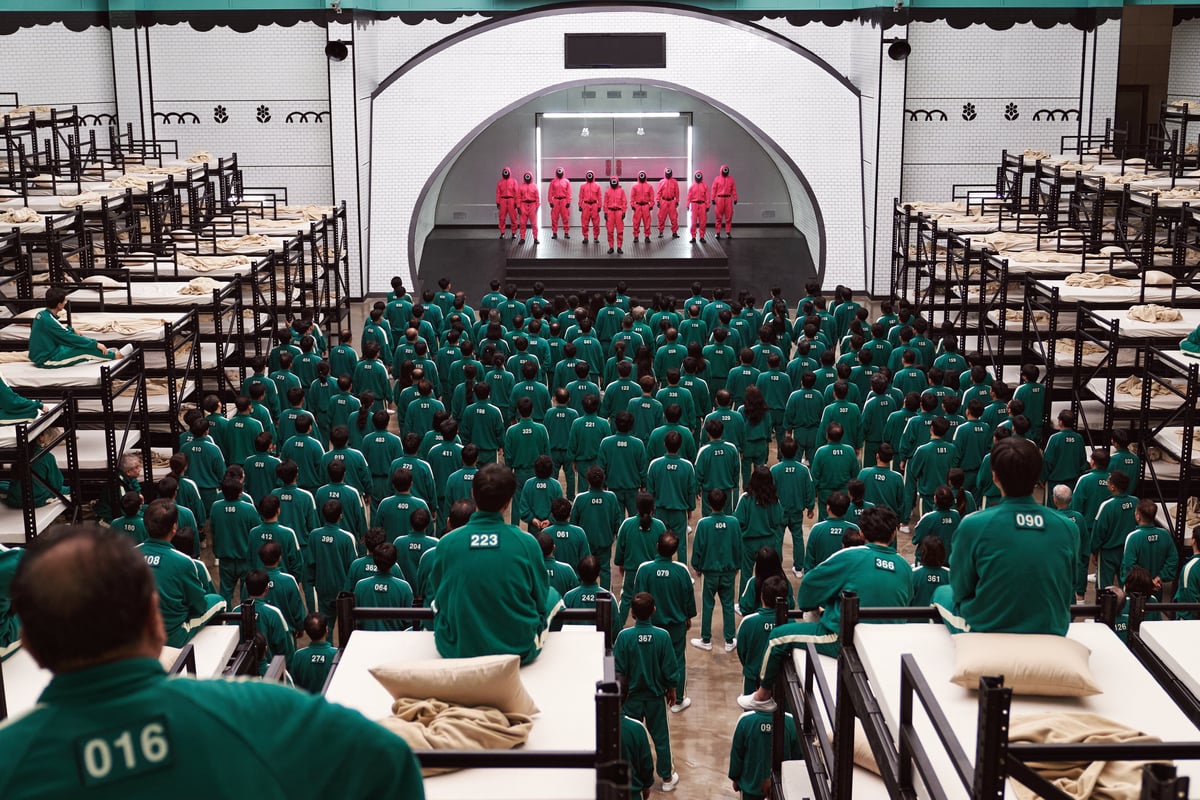 Squid Game hasn't been officially renewed for a second season yet.

However, as season one ended on a cliffhanger, it's likely we'll get an announcement about season two soon.

If you can handle sitting through some visceral violence and gore, Squid Game is a must watch.

Although some viewers might be turned off by the show's disturbing themes, it's easy to see why Squid Game has been so popular among Netflix viewers.

Although the games themselves are incredibly tense, it's the interactions and relationships between the characters that will have you glued to the screen.

Besides Gi-Hun, the show features a number of interesting characters who have been driven to fight for their lives for money, including an old man with a brain tumour, a gangster, a Pakistani migrant worker, and a police officer who is driven to the games amid a search for his missing brother.

Plus, as the series continues, friendships and alliances form between the characters, making the competition even more difficult. 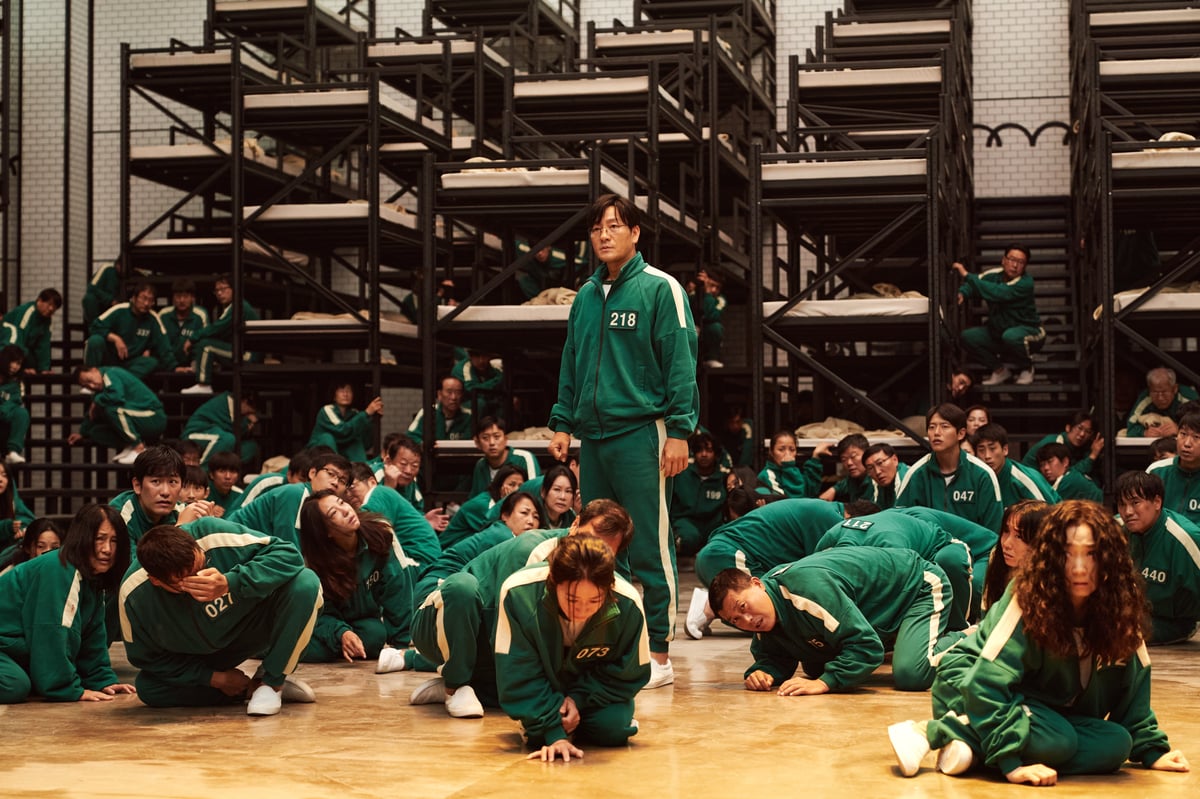 Thanks to a fast-moving plot, Squid Game is the kind of white-knuckle watch that'll keep you on the edge of your seat until the very last scene.

While the show is undoubtedly brutal, Squid Game is more than just baseless violence. In fact, deep down, it's a story about society and just how far an individual is willing to go for money - even if it means risking death.

Squid Game is available to watch on Netflix now.