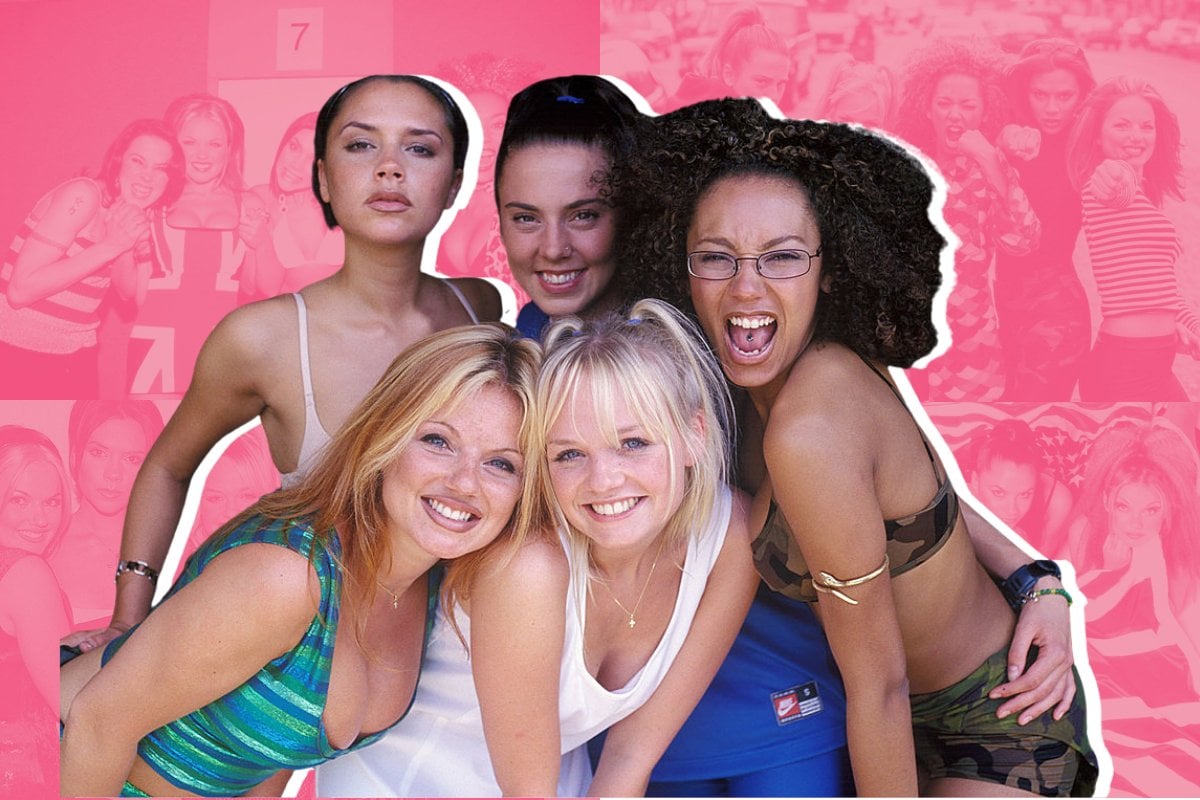 This post deals with eating disorders, anxiety, depression, and endometriosis, and could be triggering for some readers.

Maybe it’s those killer heels they all wore or their hilariously camp movie Spice World. It could be your favourite Spice Girls song – Wannabe, Spice Up Your Life, Viva Forever, 2 Become 1, Stop... seriously stop me before I go on.

Or perhaps you think of their fearlessness. How you looked up to them. How they inspired you with their lyrics and their female empowerment. How you wanted to look like them and be like them.

How they had the perfect lives.

Except, of course, they didn’t. In the more than 20 years since the Spice Girls went their separate ways – Horner left in 1998 and the group officially went on hiatus in 2000 – they have revealed the private struggles they were going through during the height of their fame.

In Beckham’s memoir Learning to Fly, she admits she suffered from bulimia and anorexia after management asked them to lose weight when they became more successful. Recently, Beckham’s husband David revealed she has eaten the same meal – grilled fish and steamed vegetables – for the past 25 years, sparking debate on whether it is a form of disordered eating or just personal preference.

In an interview on Oprah: Where Are They Now?, Horner spoke about the terrible body image issues she suffered and how she binged and purged in order to fit into the celebrity stereotype of being thin. “I think I felt much more conscious of myself, my body weight. All the things that everybody normally goes through,” she said. “I started being bulimic and no one would notice it because your body weight stays pretty much the same. It's bloody dangerous.”

Fellow singer Chisholm has also spoken about her own body issues and how difficult it was dealing with the laser focus of fame. “I was photographed and commented on constantly,” she told People magazine. “It was hard to have our appearances, our personalities, our abilities, our talents – or 'lack' of them – commented on. I’d always been pretty confident, but it was a knock to my self-esteem."

Chisholm began starving herself and obsessing about exercise. By the early 2000s, she was diagnosed with depression. “I was so teary, and I just felt hopeless,” she said. “I wasn't excited about anything. I couldn't look forward to anything.” 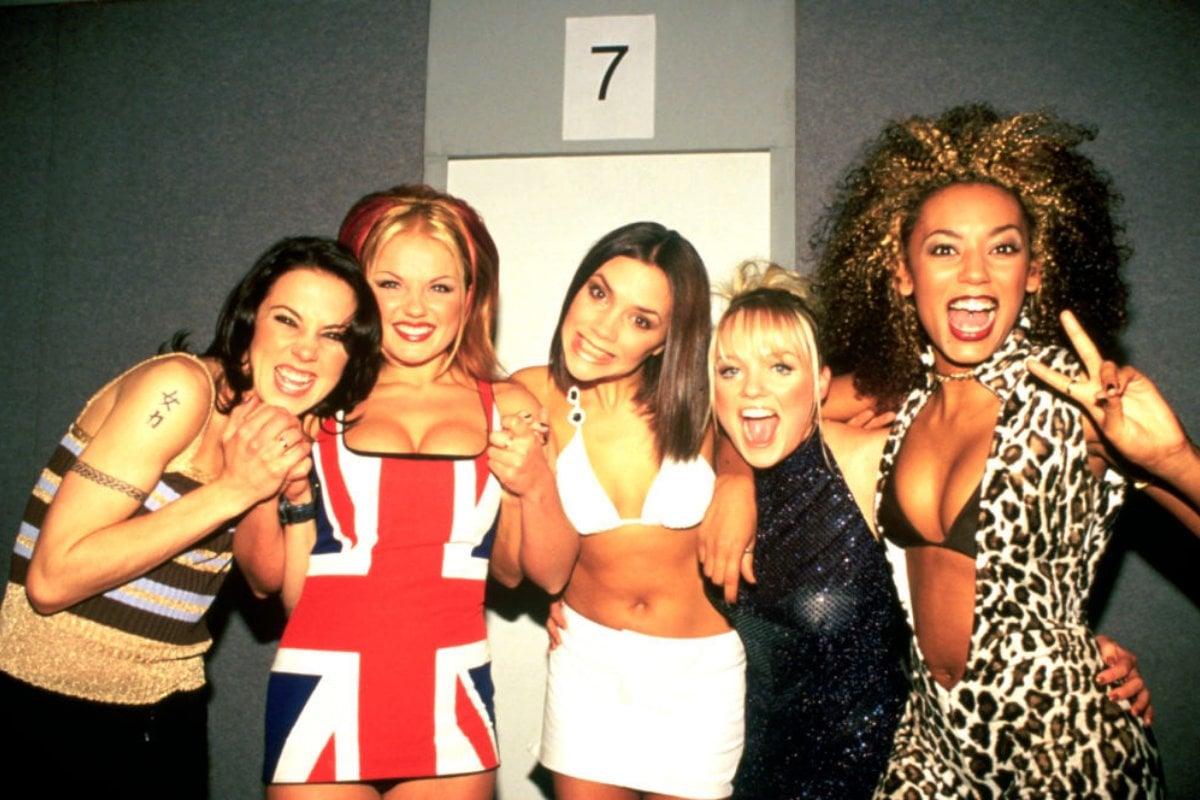 While Brown also acknowledges the band was told to lose weight (in her memoir Brutally Honest), her body image issues came later, after her third pregnancy. “I knew I had to do something,” she said after she became the face of weight loss program Jenny Craig. “I had to get the eating under control.”

In recent years, Brown has also claimed to have suffered domestic abuse and violence at the hands of her former husband Stephen Belafonte. Her book details the physical violence as well as coercive control that she lived through. In an interview on Good Morning Britain, she said, “As a woman that's gone through it, it does crush your soul, it does really strip you... I'm going to be taking forever to get that back.”

Bunton was also dealing with her own health issues. In her early 20s, the singer was diagnosed with endometriosis, an oftentimes painful condition where tissue that normally lines the uterus grows outside of it instead leading to excruciating periods and pregnancy issues. Doctors told her she might find it difficult to conceive. “That nearly broke me," she told Irish publication Stella Magazine. “I knew I had the right partner, and that I wanted to be a mum. I didn't give up hope; it just wasn't happening.”

Looking back, if Instagram had existed during the Spice Girls years, their posts would have been a perfectly curated feed of poses, parties, tours, red carpets and famous friends. It’s easy to forget these women were more than just a brand; they were human beings going through the same challenges and struggles as other young women in the world.

It's been refreshing - and likely helpful for so many - to hear them speak more freely about it all then than they ever were able to before.

For help and support for eating disorders, contact the Butterfly Foundation's National Support line and online service on 1800 ED HOPE (1800 33 4673) or email [email protected] You can also visit their website, here.

If you or someone you know is experiencing a mental health issue, please seek professional help and contact your GP. If you're based in Australia, please contact Lifeline on 13 11 14 for support or beyondblue on 1300 22 4636. If you are in immediate danger, call 000.

Reply
Upvote
2 upvotes
Sorry, but just HOW were The Spice Girls "empowering" - then or now? For peddling "Ladette Culture" & their own merchandise? These gals auditioned to be in a wholly fabricated "pop group": a cynical definition of wholly commercial, curated consumerism if there ever was one. The young women weren't chosen for their musical ability or creativity but for their marketable "personas". There were loads of actual female artists making amazing music in the 90s. Try Tori Amos, Bjork, PJ Harvey, Sinead O'Connor, et al. These women sang about everything from their period to their rage; about love & sex & their relationships with God & the world. This felt "empowering", to me at least. Whereas The Spice Girls were just a bunch of wannabes (pun intended) cashing in on the financial ambitions of their MALE producers. And their music is terrible, too.
H
hellb 6 months ago

Reply
Upvote
@higgledypiggledy I couldn't agree with you more!
M
mamamia-user-482898552 6 months ago