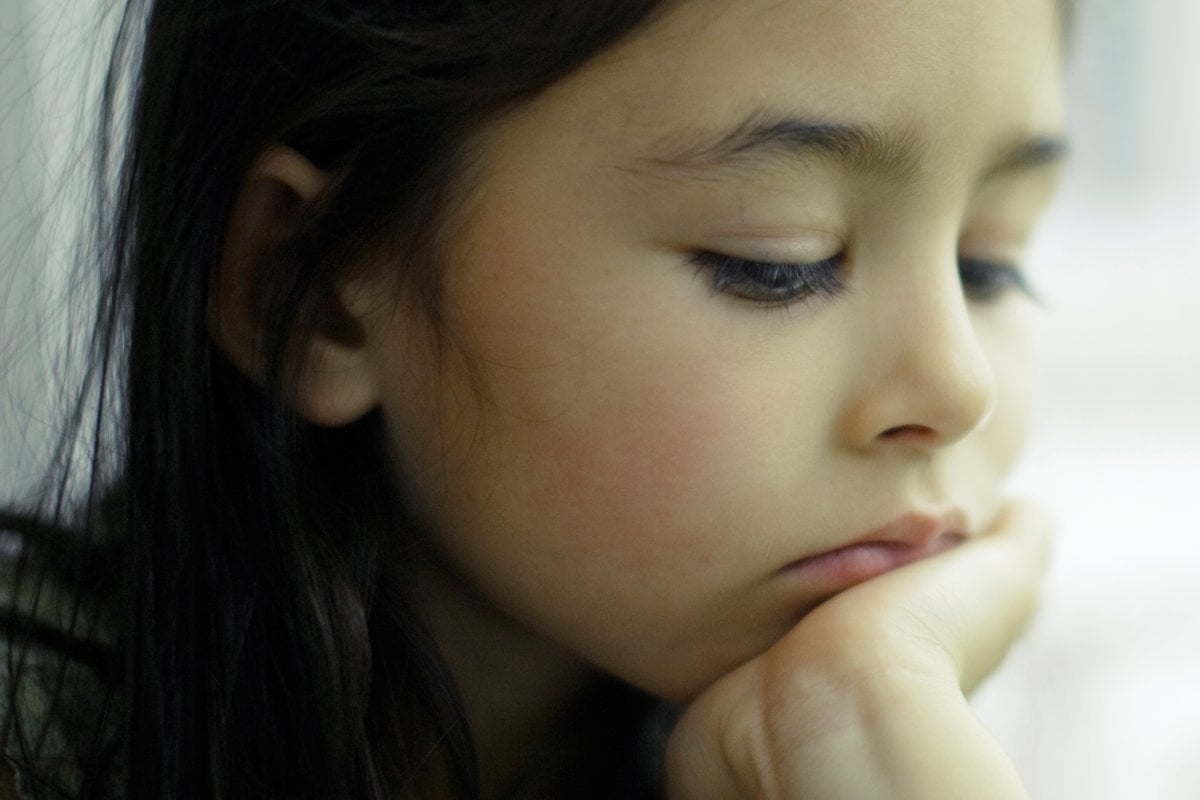 Intimate partner violence is indisputably a crisis in Australia.

However, one area of violence prevention has until now been overlooked. A growing body of research has found a consistent link between experiencing corporal punishment from a parent – in the form of smacking – as a type of violence, and those children going on to be involved in partner violence in adulthood.

I reviewed this literature, as well as the prevalence, frequency and severity of corporal punishment practices in Australia.

I found Australian policymakers have an opportunity to further strengthen partner violence prevention strategies by legislating against the legal defence of reasonable chastisement of children in the states and territories.

In other words, ban smacking.

While there is a strong link between being abused as a child and growing up to become involved in partner violence, smacking has historically been considered relatively innocuous.

However, emerging research has found smacking has a similar effect on a child’s brain to that of abuse, in that the stress and fear it provokes can cause changes to some neurotransmissions.

It is more likely to lead to alcohol misuse, depression and anti-social and aggressive behaviours, which may in turn be antecedents to partner violence.

Prominent researchers have built a solid case for including corporal punishment as an Adverse Childhood Experience, a range of childhood experiences known to cause toxic stress linked to adversity in adulthood.

Social learning theory is also often applied to explain subsequent aggression in children who were smacked.

We learn how to behave according to what we see and experience, and smacking tells the child that violence is an acceptable and normal way to show frustration and deal with others’ “misbehaviour”.

This is supported by research spanning 32 countries that found that people who had been smacked as children were more likely to approve of intra-marital violence.

So normalising violence within a family to a child increases the likelihood of their involvement in partner violence in adulthood, as victims as well as perpetrators.

According to UNICEF, violence toward girls starts with corporal punishment in adolescence. And families where partner violence is occurring are also more likely to smack their children.

Researchers have argued that, in line with the UN’s Sustainable Development Goals, a no-tolerance approach to violence across society may increase reporting rates of partner violence and strengthen the message that violence is never okay, no matter who the victim is.

Sweden was the first country to ban corporal punishment in all settings in 1979. The first generation of children to be raised under this legislation are now being studied, and some research shows there is less violence among adolescents in countries where corporal punishment is banned.

While these are promising findings, there are too many other factors at play, such as social and cultural structures, to be able to compare Sweden and Australia too closely.

Despite the potential importance of corporal punishment as a precursor to partner violence in adulthood, research on it in Australia is lacking. However, it is likely rates are high.

Politically, banning corporal punishment in the home is an unpopular idea. The Greens are the only party to imply support for banning smacking by way of advancing the UN Convention on the Rights of the Child.

Parents are generally deeply opposed to allowing the government to tell them how to parent. Many grew up being smacked themselves and argue it never did them any harm.

It is therefore likely a ban on smacking in Australia would be met with much opposition. Yet in countries where smacking has been banned (currently 62), frequent initial opposition by the majority of the population has invariably turned into acceptance of and support for such a ban.

Broadly targeted education campaigns and parenting support to teach alternatives to smacking have been successful in these countries.

Attitudes and behaviours have the best chance of being learned and accepted early in life, and preventing violence against children presents an opportunity to teach both children and adults that violence is never okay.

L
linese a year ago

Reply
Upvote
2 upvotes
Katp you make sense in pointing out the difference between smacking and beating...I was beaten with a belt by my father and occasionally hit over the head by my mother...I learned from those experiences that I would never take being hit by a partner...both my boys were very strong characters and reasoning did no good so I would warn them they would be smacked (on the bottom) if they continued misbehaving...never used a belt or a stick on them nor hit them on the head though did once break a wooden spoon on the bottom of No. 2 son!  Neither of them were bullies and are good, responsible husbands and fathers, and as far as I know they don't smack their kids but they manage to discipline them by voice...that didn't work for me but I brought my boys up the way I would have liked to have been treated....their father never hit them, I was the disciplinarian  and I reckon I did a good job...they don't beat up little old ladies, are not alcoholics, drug addicts or gamblers so a very occasional smack on the bottom which didn't continue once puberty arrived (another story)....did not damage their psyche though once the testostorone kicked in.....!!!
C
cat a year ago

Reply
Upvote
2 upvotes
@linese using a wooden spoon quite clearly meets the definition of a beating, that’s not a ‘smack’.
L
laura__palmer a year ago

Reply
Upvote
@linese Please don't justify using violence against your kids. There are better ways to parent that don't involve hitting children, I don't care how strong their characters were. And you did use a stick, what do you think a wooden spoon essentially is?
My mother used violence as discipline against me, she's apologised and told me she wished she done things differently. Maybe you could try the same with your kids. They'd probably appreciate it more than you know,
N
nogomet77 a year ago

Reply
Upvote
1 upvotes
I grew up the eldest of 4 children in a European background household where both of my parents were smacked (& worse) growing up. They then perpetuated this same abusive parenting on (mostly) me. I'd be smacked with sticks which were strategically placed around the house (for quick access). Once the sticks started to break my dad had the bright idea to cut up an old garden hose, that one hurt far worse, usually copped it on the hands & the back of the legs. I'd also be hit on the head (hard) with his fork at the dinner table. It's no surprise that I grew up extremely aggressive and took this out physically on my next sister + other kids at school. I was terrified that when I became a parent I would hit my own kids and I've really had to work hard to stop myself from doing it.
This still hurts me (mentally & emotionally) now in my 40's. I used to feel sorry for my parents and their stories about the treatment they received from their parents but as I became an adult I became angry coming to the realisation that they could have changed that cycle and chose not to discpline their own kids in that way. I still haven't forgive my dad for it, even having a conversation with him in the last few years about it he still doesn't believe he did anything wrong stating 'well you all turned out ok didn't you'.
C
cat a year ago

Reply
Upvote
@nogomet77 ‘turning out okay’ always seems to be the criteria, like if you haven’t become a convicted criminal your upbringing must have been flawless. For some reason trauma and social/emotional issues don’t count as ‘not okay’.
Though ironically if you did turn out to be a criminal plenty of people would say that you weren’t disciplined enough.
It’s almost like people who smacked their kids are unwilling to consider an alternative or be held accountable for their decisions.
Resources
Very Peri
Skin
News
General
Opinion
True Crime
Politics
Sport
Explainer
Entertainment
Celebrity
Reality TV
Movies
TV
Books
Rogue
Royal
Lifestyle
Beauty
Fashion
Weddings
Home
Wellness
Health
Fitness
Travel
Food
Family
Before The Bump
Pregnancy
Baby
Kids
Teens
School
Parent Opinion
Work & Money
Money
Finance
Career
Lady Startup