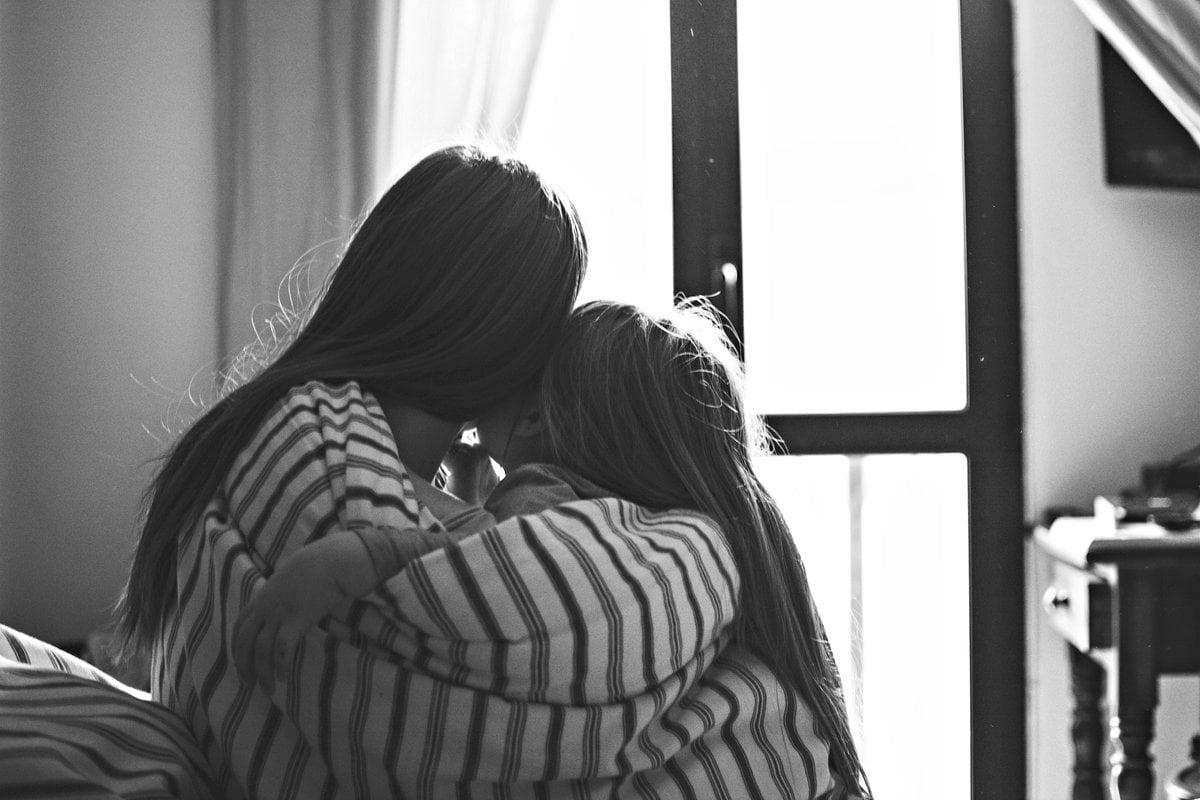 The following contains details of domestic abuse, which may be triggering for some readers.

Stay home, stay safe. That's been the catch-cry of the World Health Organisation throughout the COVID-19 pandemic.

But while our closed doors provide protection from one invisible threat lurking in our community, they have allowed another to flourish.

As necessary public health restrictions locked down large pockets of the world in February and March, researchers and frontline organisations expressed concern about the dangerous implications for people in abusive relationships.

It prompted Executive Director of UN Women Phumzile Mlambo-Ngcuka to label violence against women the "shadow pandemic" of 2020.

"Confinement is fostering the tension and strain created by security, health and money worries. And it is increasing isolation for women with violent partners, separating them from the people and resources that can best help them," she said. "It’s a perfect storm for controlling, violent behaviour..."

Associate Professor Kate Fitz-Gibbon, Director of the Monash Gender and Family Violence Prevention Centre, is among those tracking that storm in Australia.

"At the start, there was a lot of fear," she told Mamamia. "And now, unfortunately, we are starting to see the evidence emerge which confirms those fears."

Family violence was a national emergency long before 2020.

Public health lockdowns, while undoubtedly life-saving, have seen women isolated with their abusers, cut off from support services and from GPs, family, friends and colleagues in whom they may confide.

Also of concern to advocates, is the fact that women represent the majority of Australians who lost their job during the pandemic.

"We know that where women do not have access to the financial security for themselves and for their children, that they're more likely to remain with an abuser," Assoc. Prof. Fitz-Gibbon said. "And the concern [is] that those barriers will only be heightened during this period."

Listen: Mia Freedman talks to Cathy Oddie, who took her experience from two abusive relationships and turned it into something good.

During initial lockdowns in April, the Australian Institute of Criminology surveyed 15,000 Australian women about their experience of family violence during the first stages of the pandemic.

One in ten reported experiencing intimate partner violence, and — alarmingly — two-thirds of those said the violence started or increased during the previous three months.

Around the same time, national domestic violence organisation 1800 RESPECT recorded a 38 per cent increase in the use of its online chat tool in a single month. It also reported a spike in calls to its helpline after 11pm — it's believed that's when victim-survivors felt safest to call, out of earshot of the sleeping abuser or their children.

"We heard stories of abusers that were requiring their partners to wash their hands to the point of cracked and bleeding skin."

Those frontline women's safety practitioners were at the centre of research conducted by Assoc. Prof. Fitz Gibbon and her colleagues.

During the first period of restrictions, practitioners in Victoria and Queensland identified an increase in the prevalence of violence, the frequency of violent acts, and also the severity of that violence.

In some instances, abusers had even knowingly "weaponised" the pandemic.

"We heard stories of abusers that were requiring their partners to wash their hands to the point of cracked and bleeding skin. Other abusers told neighbours or family and friends that their partner had the virus, so no one would go near them," Assoc. Prof. Fitz-Gibbon said.

Others with joint childcare arrangements, she said, misrepresented stay-at-home orders to force their partner to return to an unsafe home with their children.

"We know a significant strategy that's used by abusers is isolation and power and control," Assoc. Prof. Fitz-Gibbon said, "and the COVID-19 restrictions just served that up to abusers on a plate."

"We're not going to know the true impact of the pandemic on intimate partner violence and other forms of family violence, until perhaps two to five years down the track," she said. "For many women, unfortunately, they're still not going to be in a situation where it feels safe to reach out for help. So I think what we're seeing at the moment is, unfortunately, only the scratching of the surface."

The way out of the shadow.

There have been glimpses of positives amid all this.

The Men's Referral Service, for those who are concerned about their behaviour in a relationship, recorded spikes in calls during the first phase of lockdowns, and again in August in the midst of Victoria's second.

And Assoc. Prof. Fitz-Gibbon notes the incredible ways in which frontline services have managed to adapt to online or phone support, so they can continue offering vital support to survivors.

But with cities like Melbourne already through a second-wave lockdown and Adelaide scrambling to prevent one, the opportunity to meaningfully address the apparent increase in family violence is narrowing.

In March, the Federal Government injected $150 million into domestic violence response during the pandemic, but much of it won't be distributed until next year.

Key, in Assoc. Prof. Fitz-Gibbon's view, is responding in a gender-informed way. One that not only bolsters frontline services, but recognises and addresses the greater financial burden being felt by women. After all, gender inequality is the driving force behind family violence.

"What we need to ensure now is that we are resourcing the family violence specialist service system; that as we move into the easing of restrictions and more women can seek help, that their calls are answered and that practitioners have the time to assess and manage risk and to safety plan," she said.

"And we need to ensure that women are supported to re-enter the workforce where they've lost their role during this time, and that there is safe housing available for women and children who have found their homes no longer a safe place."

While family violence crimes may lurk in the shadows, the harms are clear.

"If we had any national security threat that posed a threat of violence on the lives of one in five Australian women there would be a much more significant response," Assoc. Prof. Fitz-Gibbon. "This is absolutely a time that we need to be calling on state and federal governments to take women's safety seriously."

Stay safe... Wherever you can.

Wednesday November 25 is International Day for the Elimination of Violence against Women. Domestic violence organisations from all NSW are coming together to remember and honour the women who have died due to domestic and family violence in Australia. This vigil will be held in Hyde Park North from 4-5pm on the 25th November and streamed live from the Domestic Violence NSW (DVNSW) Facebook page.

If this post brings up any issues for you, or if you just feel like you need to speak to someone, please call the national sexual assault, domestic and family violence counselling service 1800 RESPECT on 1800 737 732.
It doesn’t matter where you live, they will take your call and refer you to a service closer to home if need be.