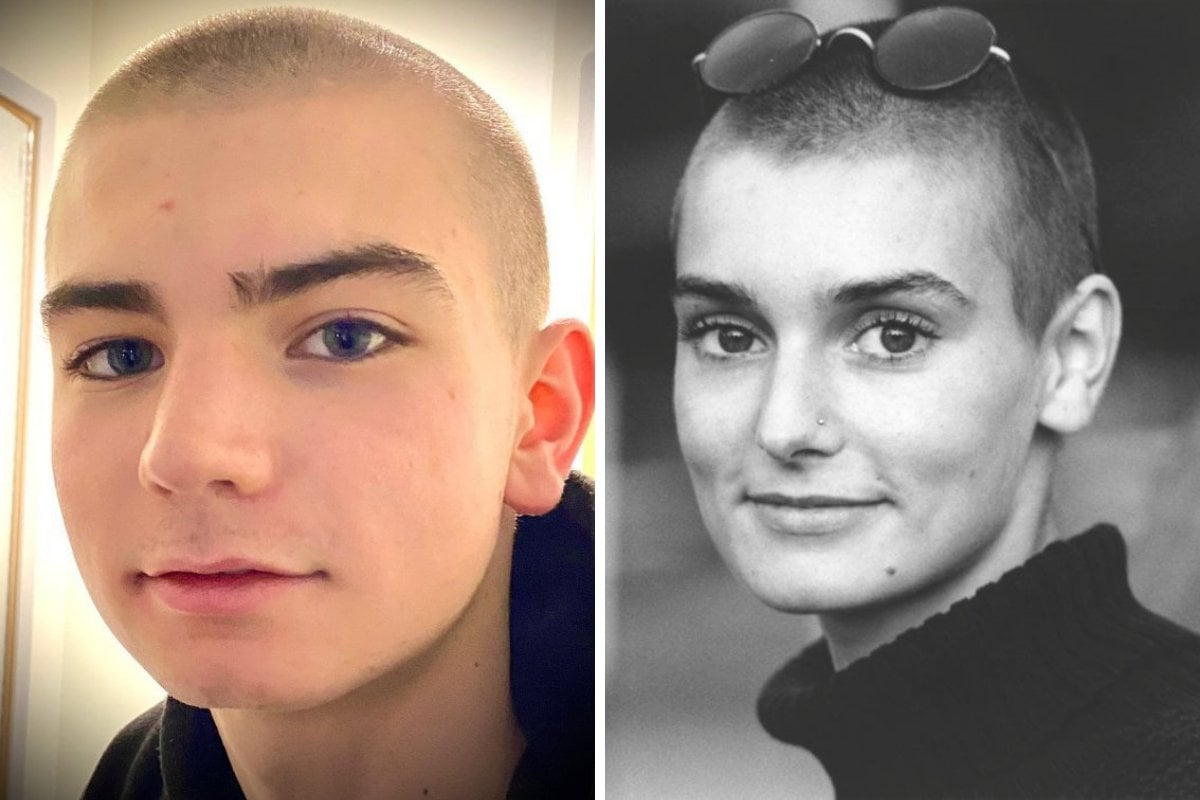 This post discusses depression, mental health issues and suicide, and it may be triggering for some readers.

Sinead O’Connor has shared to social media her 17-year-old son's death, two days after he was reported missing.

The Nothing Compares 2 U singer announced to her followers that he had "decided to end his earthly struggle" and urged for "no one to follow his example".

“My beautiful son, Nevi’im Nesta Ali Shane O’Connor, the very light of my life, decided to end his earthly struggle today and is now with God," she wrote. "May he rest in peace and may no one follow his example. My baby. I love you so much. Please be at peace.”

A few days earlier, O'Connor reported his disappearance to police, writing a direct statement to her son, urging him to "do the right thing" and "present yourself".

"This message for my son, Shane. Shane, it’s not funny anymore all this going missing," she wrote. "You are scaring the crap out of me. Could you please do the right thing and present yourself at a Gardai station. If you are with Shane please call the Gardai for his safety."

Later she wrote, "Shane, your life is precious. God didn’t chisel that beautiful smile on your beautiful face for nothing.

"My world would collapse without you. You are my heart. Please don’t stop it from beating. Please don’t harm yourself. Go to the Gardai and let’s get you to hospital."

Devastatingly, O'Connor has long been in the media for her own personal struggle with mental health, and her fight for musicians to receive more support for their wellbeing.

In 2015, the artist hit a new low after undergoing a hysterectomy to treat her endometriosis. Sadly, the procedure flattened her, along with the surgical menopause she also had conducted.

"When I had the surgery, I was terribly triggered," O'Connor explained.

For three years prior, she had spent them in and out of psychiatric facilities, and during that time she often took to Facebook Livestream to share her struggles with fans.

At one point, she pleaded with her family to find her help, while going live in a New Jersey motel room.

Her own story had a redemption. After she was checked into a program later that year - O'Connor eventually found herself on the way to recovery.

"I was mental," she admitted later on. "But I don't regret those 'embarrassing' videos. I'm quite proud, in a weird way, that I was that open ... The nature of a singer is to be emotionally honest. I've always been pretty open. And I have no regrets."

"Four children by four different men, only one of whom I married, and I married three other men, none of whom are the fathers of my children," she told The Guardian.

Her own relationship with her children, she shares, has been a journey - one that she knows is not linear.

Jake, her the singer's oldest son, is shared with her ex-husband and music producer, John Reynolds. The pair tied the knot in 1987 and welcomed their child in 1988. They split in 1991. In 2015, Jake became a father.

Her second oldest and only daughter Roisin, was born in 1997 and she shares him with journalist John Waters. The pair's relationship remained fractured, and the two went into a lengthy custody battle before Waters was given sole custodianship. He was asked to live in Dublin to be closer to Roisin's mother.

Shane was shared with Irish folk musician Dónal Lunny. The couple called it quits shortly after their son’s birth. Unfortunately, Shane passed away on January 7, 2022, after he went missing the previous day. 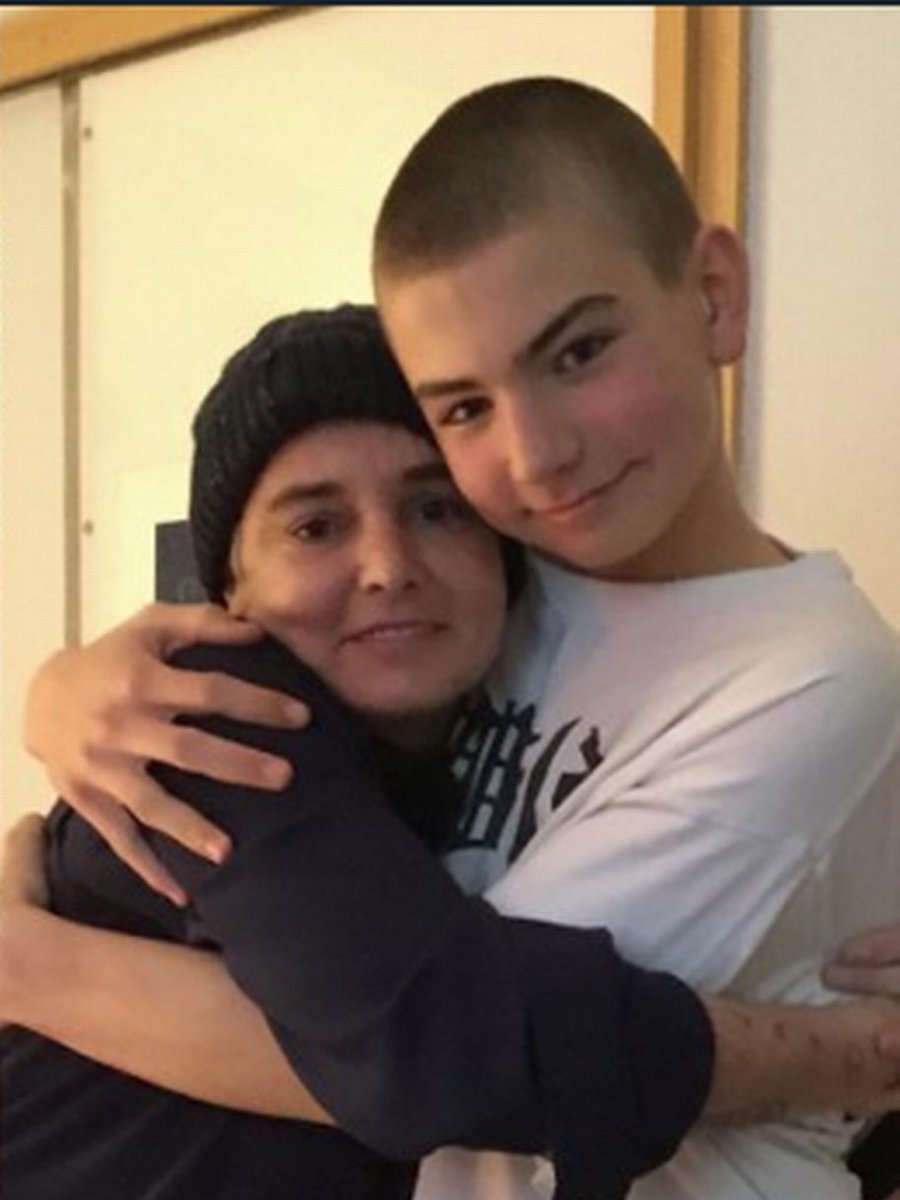 The Universal singer shared that while she has a strong relationship with her kids today, her hysterectomy resulted in her rapid mental health decline.

"Nobody had explained to me or my family that she’s going to be a crazy bitch because we took her ovaries for no reason. So the children were terrified of me," she explained.

"[I was] angry. Raging. I was furious. I was completely gone. I was suicidal," O'Connor said before revealing she had scared almost every single person away from her. "Nobody could deal with me. I was very isolated and alone. I’d be looking at them, thinking, what the hell are they all frightened of?" 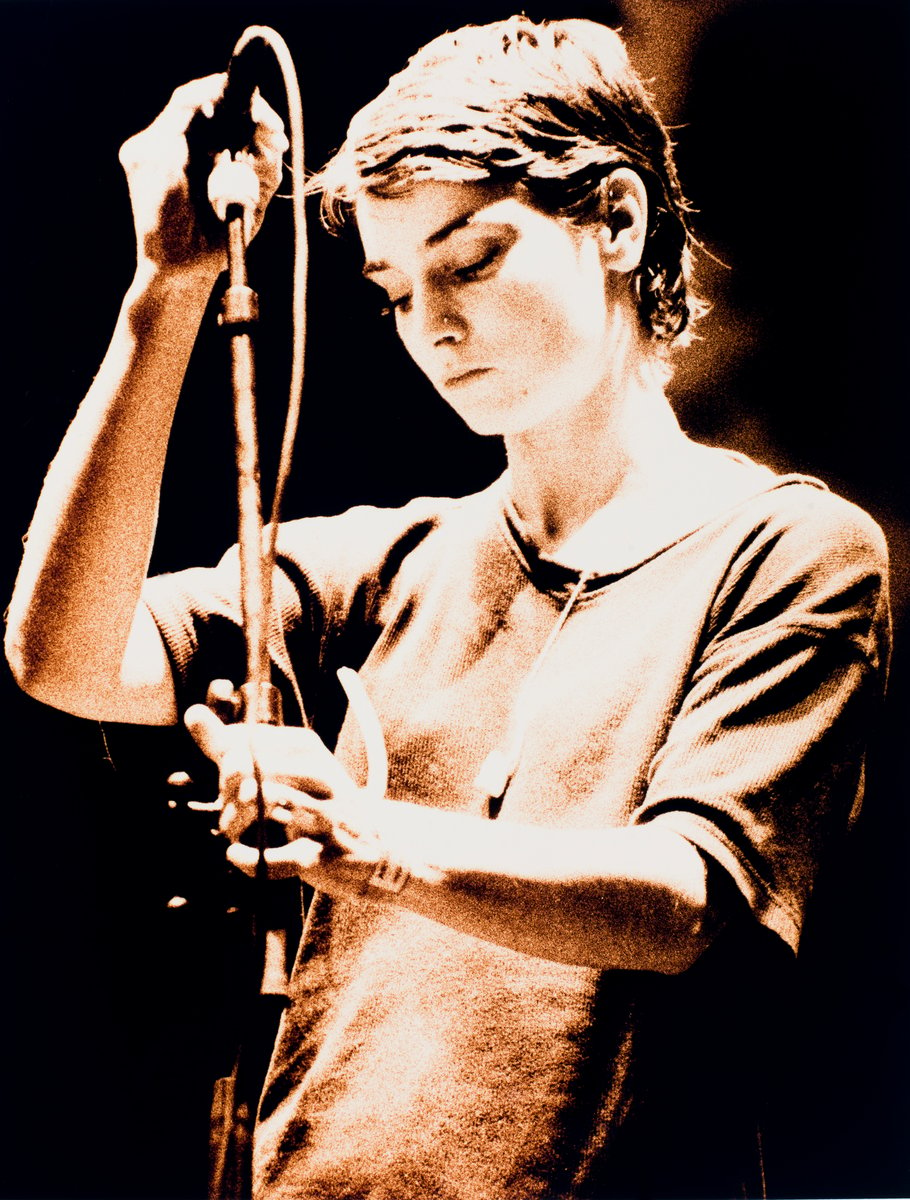 Sinead O’Connor, 1995. Image: Getty. In 2017, she spoke up about her own bout with depression and mental health struggles - urging for the public not to look away.

In 2020, she showed the world that recovery isn't linear, and told fans she had made the decision to postpone her coveted 2021 tour to enter a year-long treatment program for trauma and addiction.

The desire to focus on her wellbeing followed after the impact of losing a cherished friend.

She also shared one her kids had a "life-threatening medical condition" which led to her postponing her tour.

"My child has been suffering with a life-threatening medical condition since early March 2015.

"It is the type of condition my child will definitely survive, if correct care is taken and is supervised by myself. Otherwise there is no guarantee. That is the plain truth.

"Needless to say, this has been and remains a severe family crisis. Like any mother, I have been up all day and night every day and night since I found out my child is suffering," she wrote.

She added: "Studying and learning all I can so that I might help not only the suffering child, but those of my other children who are naturally affected by the situation."

O'Connor said the music industry is "a very unforgiving place for artists who need to postpone due to emotional or mental health issues". At the time, she asked for support from her agents and promoters. "If taking this step means my career is over then so be it," O’Connor wrote.

She finished by quoting the American poet Mary Oliver: "I must save the only life I can."

"I clearly have a problem, too many musicians are dying," she told Dr. Phil in 2017. "I want to use my life, be a teaching tool. I’m willing to sit down and talk."