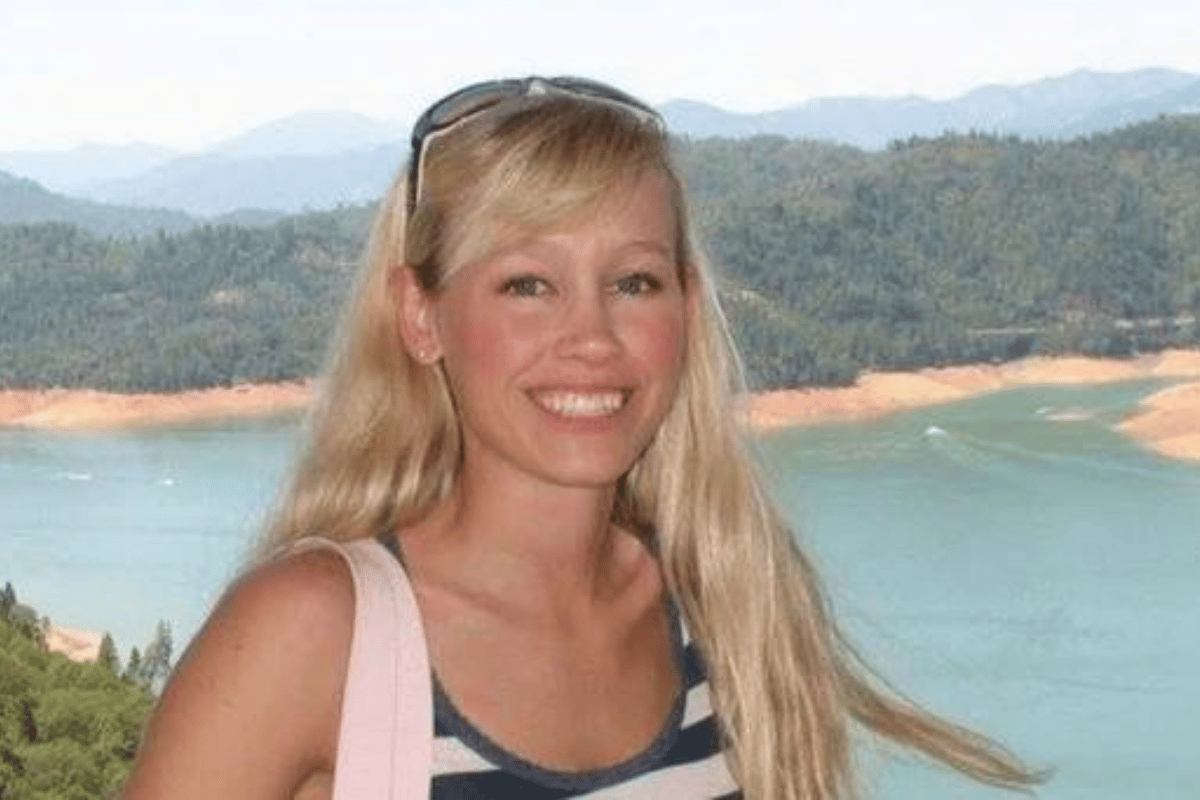 Californian mother-of-two Sherri Papini disappeared on November 2, 2016 after dropping her children at daycare and going for a jog in her local neighbourhood.

22 days later, she was found bleeding and beaten on a nearby highway. She alleged she had been abducted and held captive at gunpoint by two "Hispanic women".

The case received global attention, millions tuning in to discover what had happened to Papini and who was to blame.

But just this week - six years since she miraculously returned after the abduction - Papini herself has been arrested, charged and admitted she lied. Here's everything we know.

On Wednesday November 2, 2016, Papini went for her routine jog. Wearing a pink t-shirt and carrying nothing but her iPhone and a pair of earbuds, Papini didn't return on time. Her husband Keith, who came home from work to find the house empty, was later notified that his young children had not been picked up from daycare and that his wife was nowhere to be seen.

Using the Find my iPhone app, Keith was able to trace Papini’s phone 1.5km from the family home, yet extensive land and air searches carried out by authorities were unsuccessful in tracking down his wife.

Hundreds of volunteers assisted in the search and a $US100,000 collective reward was offered for her safe return. 22 days later she was spotted by motorists trying to flag down cars, with her hands bound, on the side of a rural road at around 4.30am.

In a statement released to Good Morning America, Papini's husband Keith described the "mixture of horror and elation" he felt at finding his wife, who was "covered in multicoloured bruises, severe burns, red rashes and chain markings". She had also been branded on her shoulder, a factor commonly found in sex trafficking cases.

"My first sight was my wife in a hospital bed, her face covered in bruises. Her signature long blond hair had been chopped off." 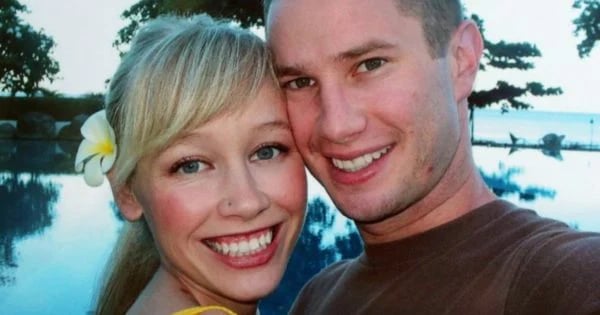 Image: ABC News. In October 2017, almost a year after Papini went missed and reappeared, police asked for the public's assistance in locating two suspects. The authorities released sketches of two Hispanic women, based on Papini's account.

She claimed her captors were two Hispanic women armed with a handgun, "one younger with long curly hair, thin eyebrows, pierced ears and a thick Spanish accent". The other with "straight black and grey hair and thick eyebrows".

Although, at the same press conference the Shasta County Sheriff’s Office told reporters that although Papini said she was held by two Hispanic women, male DNA was also found on her clothing. The DNA was not linked to her husband.

It was at this point in time that theories began to emerge that Papini had orchestrated the entire ordeal in a bid to "incite a race war".

Then Papini's previous history was revealed.

In 2003, she had an account on a racially-charged blog post published under a previous married name "Sherri Graeff". She bragged about breaking the nose of a young Hispanic girl after Papini's father was accused of being a racist and a "Nazi".

That same year, police reports showed Papini's mother called the sheriff's office seeking advice about her then 21-year-old daughter's latest actions. The mother told police Papini was self-harming and wrongly telling people the wounds were inflicted by her parents. 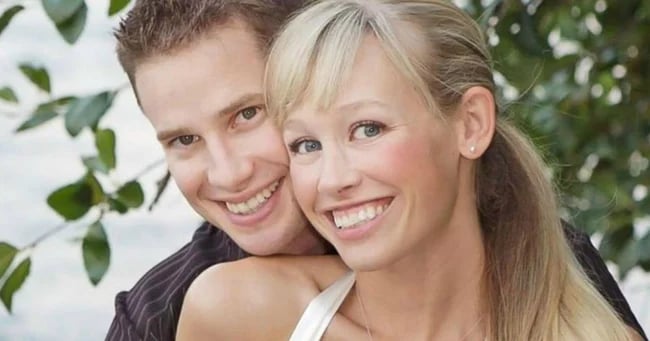 Image: Facebook. Throughout the six-year investigation, no arrests were made in the case. That is until March 2022.

Earlier last month, Papini - now 39 - was arrested and charged by the FBI with lying to investigators about being kidnapped and fraudulently obtaining US$30,000 (AU$40,000) from the state's victim compensation board.

Prosecutors have alleged Papini fabricated the entire ordeal, US Attorney for the Eastern District of California Phillip A. Talbert saying Papini decided to "harm herself to substantiate her claims".

So who was Papini with for those 22 days? Allegedly her ex-boyfriend.

Sherri Papini, the California mother who disappeared for weeks in 2016 and claimed she’d been kidnapped at gunpoint, made up the story and had been staying with an ex-boyfriend, authorities said Thursday. #Dateline https://t.co/N7dMf0fAYq

According to Talbert's office, Papini and her ex-boyfriend plotted the 'abduction' on prepaid mobiles, and she then spent the next few weeks at his apartment. The pair then allegedly decided to 'rough up' Papini to make their scheme look real, going as far as to brand her with a wood-burning tool on her shoulder, which she then suggested her gun-wielding captors did. Her ex-boyfriend - who hasn't yet been named - has since confessed to authorities.

Earlier this month, Papini plead guilty to one county of lying to a federal officer and mail fraud.

She also signed a plea deal with federal prosecutors, with Papini agreeing to pay more than US $300,000 in restitution to a number of government entities.

She has also since apologised for the "pain" she caused.

"I am deeply ashamed of myself for my behavior and so sorry for the pain I've caused my family, my friends, all the good people who needlessly suffered because of my story and those who worked so hard to try to help me," she said in a statement released through her attorney, William Portanova. "I will work the rest of my life to make amends for what I have done."

After pleading guilty, The Sacramento Bee reported that Papini's husband filed for divorce - citing the reason being "dissolution with minor children." In the filing, Keith Papini has asked for custody of the pair's two children.

It has understandably angered many that Papini tried to paint a person of colour as the perpetrator. As to what allegedly motivated Papini, according to investigators and prosecutors, it came down to two things: money and attention.

The revelation has also angered investigators including the Shasta County Sheriff's Office.

Shasta County Sheriff Michael L. Johnson spoke to The Sun about the case, heavily criticising a "selfish and callous" Papini for wasting critical resources and time.

"Shasta County is a pretty tight-knit community and a safe community, so when Sherri reported this abduction - or should I say charade - it really caused a lot of anxiety. People were afraid to go out for jogs or to be out in public alone. When we come to find out it was all a charade, it's really frustrating for us."

He continued: "We're really happy that a person who wasted so much money and resources, and who through her selfish acts created so much hysteria in our community, is now being held accountable for what she's done. I have zero sympathy for Sherri Papini. I do, however, have compassion for her husband, the kids and her other family members that were duped and unknowingly victimised by what she was doing. So as far as the family goes, I can certainly appreciate it and my heart goes out to them. But as far as Sherri Papini goes, she made her own bed. She created this whole situation, and now she has to answer for it."

Papini remains in custody for fraud charges and making false statements to a federal law enforcement officer. She faces up to 25 years if convicted on both charges. Her sentencing is scheduled for July 11.