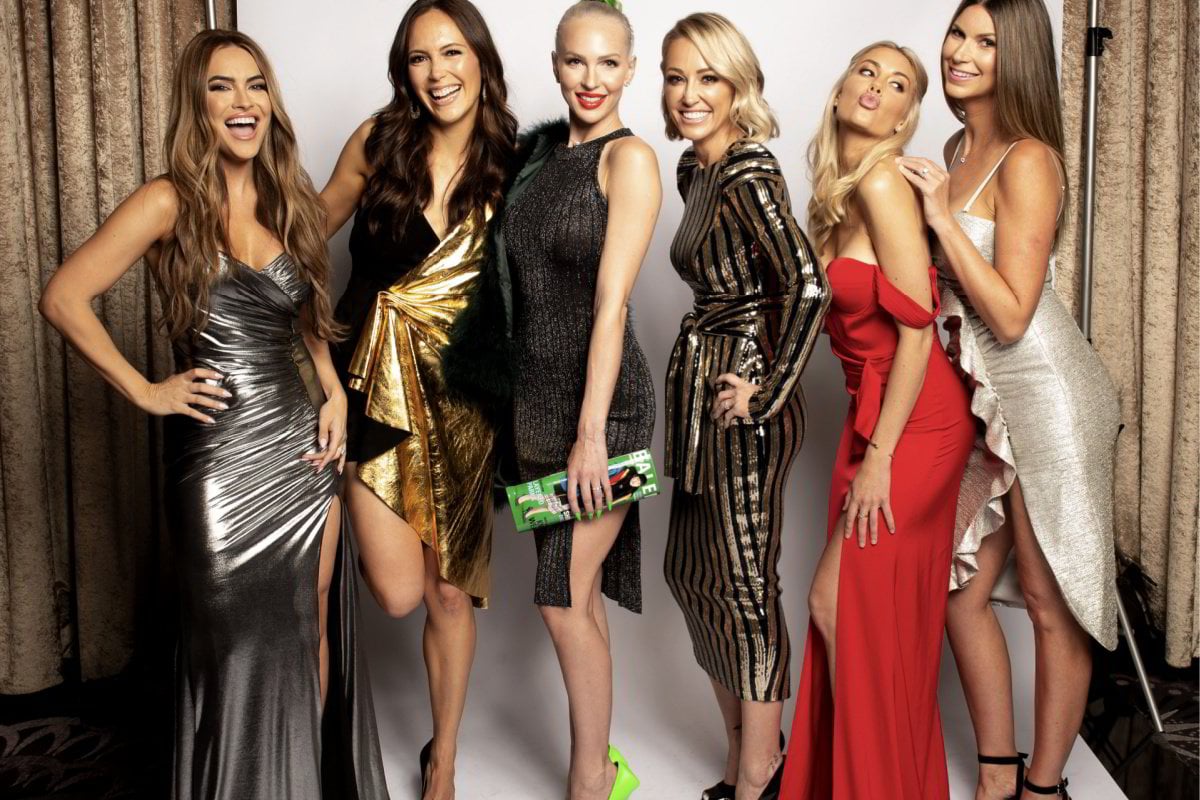 It not only has plenty of drama to keep us entertained for hours, but it also features mesmerising multi-million dollar houses. A winning combination.

Watch the trailer for season three of Selling Sunset. Post continues below.

Now after finishing season three, we have plenty of questions that need answering - namely when the heck is season four dropping???

Here's everything we know about season four of Selling Sunset.

Unfortunately, Netflix has not renewed Selling Sunset for a fourth season just yet. But considering the first, second and third season did so well on the streaming service, we assume it's only a matter of time.

Speaking to Women's Health, Mary Fitzgerald shared that she and various other cast members are keen for another season.

"I know the people that I talk to - Heather, Chrishell, Amanza, Jason, and Romain - we're all up for a fourth season. I can't speak for the other girls because I don't really speak to them," she said.

Chrishell Stause shared on her Instagram Story that if fans keep watching, they will more than likely be picked up again. 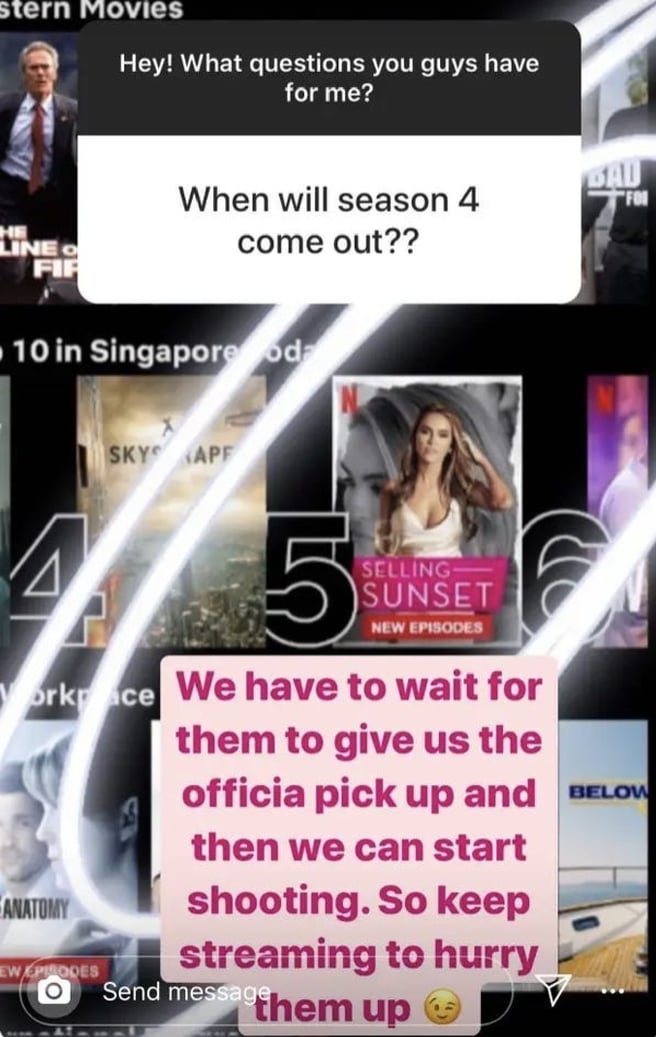 However, Christine Quinn told Grazia that if Selling Sunset is renewed for a fourth season, they likely won't start filming until 2021.

"So usually we get picked up after the show airs, you know, we’ll hear some information, some rumblings. With season two being in the top ten [on Netflix], I think we’re definitely going to get picked up," she said. ﻿

"We’re going to shoot next year, now, I’m hearing. We have such a big production, there’s so many people on our crew. I don’t think we’d be filming this year."

What the cast members have said.

Now, not only have cast members expressed their interest in another season, but they've also suggested they might already know it's going ahead.

Chrishell posted a celebratory Instagram photo with her fellow cast mates alongside the caption, "Carpe Diem! Celebrating good news we can’t tell you about."

And we can't help but think it's Selling Sunset related.

Since production for season three wrapped, Heather Rae Young got engaged to Tarek El Moussa, a real estate investor and star of the reality TV show Flip or Flop.

The contract for Tarek's reality TV show prevented him from appearing on Selling Sunset. But since Flip or Flop filmed his proposal to Heather, Netflix has confirmed that he'll be allowed to appear in future Selling Sunset episodes.

Which old cast members are leaving?

Although nothing has been confirmed, Maya Vander has hinted that she might be moving on from Selling Sunset.

As the show is filmed in LA and her family is based in Miami, Maya's finding the back and forth difficult.

"With two children right now, it’s going to be difficult for me to relocate my life again to LA," she told Women's Health.

"We have a house right now in Miami, my husband is here and we’ve been doing the whole back and forth. I was a bit more flexible and so was he, but his job is very serious and we have another baby. We will see... "

Christine Quinn has also hinted at leaving the show.

"All I’m going to say is, it’s hard working for a man. It is. I’m not going to lie. So there’s times where we’ve definitely thought about doing other things... Right now I do like being a part of [the] family, I really, really do," she told Glamour UK in August.

"I like having that dynamic but it needs to have a little bit of healing, and mend itself first. If I ever saw myself leaving, it would be to work with only women," she continued.

Finally, there's a good chance Brett Oppenheim won't be featured in this season as he reportedly left the Oppenheim Group.

In the same interview with Glamour UK, Christine said, "Brett has left to start his own brokerage.

"The girls are fed up with the favouritism of Mary in the office, we don't know who will move where. It may be the battle of the brokerages! I think if season four goes ahead, it is going to be the juiciest season ever."