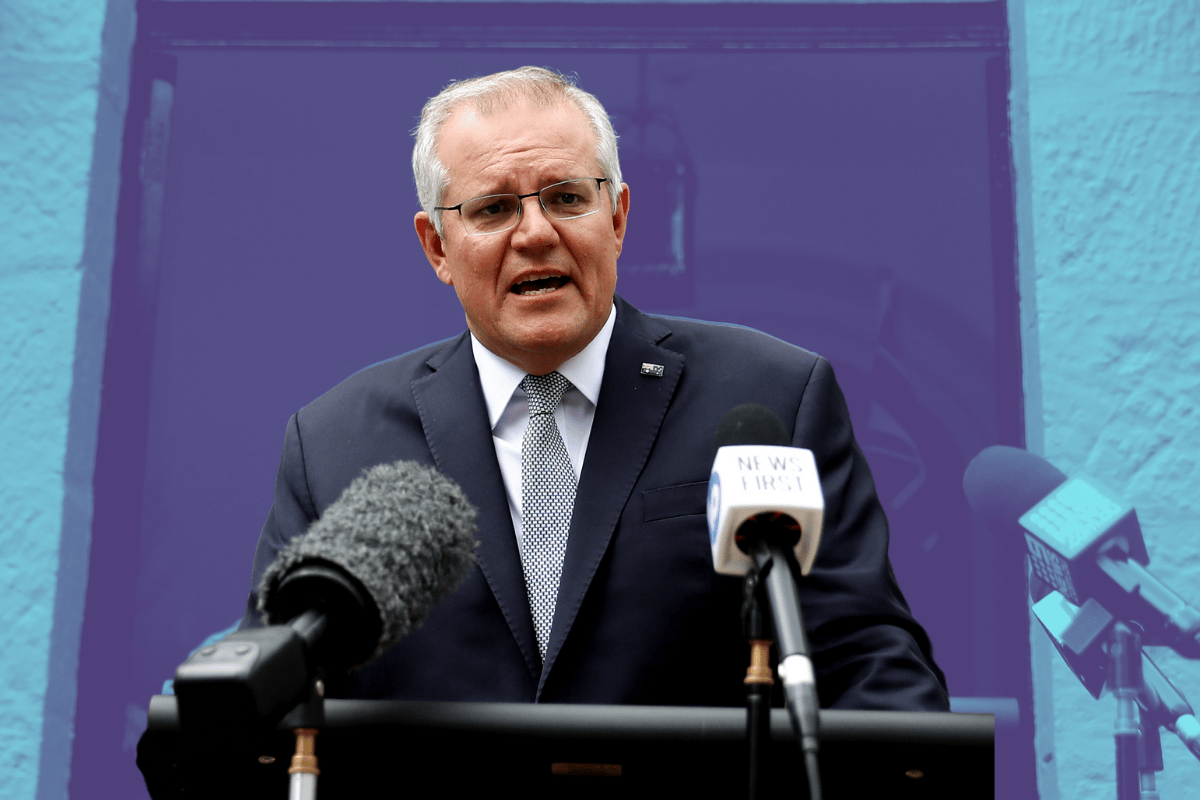 And yet, many of us still remain just as confused as ever when it comes to what exactly Morrison’s climate change plan entails.

Simply put: what the heck was he on about?

The ‘plan’ was released ahead of the COP26 Climate Summit in Glasgow happening next week.

It’s been reported that Morrison’s reluctance to attend the annual meeting for the United Nations Framework Convention on Climate Change boils down to his government’s lack of consensus on an emissions reduction target.

Amid the climate wars within the Coalition, Morrison’s announced that more than $20 billion would be invested into “low emissions technologies” by 2030.

The problem many are voicing however, is that the plan doesn’t yet come with any laws or policy changes. Even the actual details of the plan itself will not be released until a later unspecified date.

And let’s just say, we aren’t the only ones trying to decipher the waffle.

Awaiting the "plan" part of this national plan.

As you can see, the key element of the net-zero plan is slowly and sequentially moving from dark ink to light blue https://t.co/7hLWrFerYK

Even better, today’s speech transcript from Morrison and Angus Taylor, the Minister for Energy and Emissions Reduction, has the word ‘plan’ in it 101 times according to journalist Katina Curtis.

And my goodness, it’s a lot of references to a plan when no one in fact knows what this plan is other than perhaps Morrison himself.

In case you were wondering, the transcript of Morrison and Taylor's press conference shows the word "plan" was said 101 times. Six of those were by journalists. pic.twitter.com/kUy9zrqrhV

So what exactly is the 'plan'?

Australia is essentially going to rely on technologies that don’t yet exist to achieve the government’s pledge for net zero emissions by 2050.

“It’s not a plan at any cost. There are no blank checks here, it will not shut down our coal production and exports,” Morrison said.

“It will not cost jobs in either farming, mining or gas, because what we’re doing with this plan is positive things. It will not increase energy bills. It’s not a revolution but a careful evolution.”

The concern from climate experts however, is that real revolution is needed: not just “careful evolution”.

“Today, the Federal Government finally announced a #NetZero by 2050 target, but without plans to deeply cut emissions this decade, this target is meaningless,” The Climate Council said in a public statement.

“Even after this announcement, including a new forecast for where Australia's emissions will be in 2030, Australia remains dead last among comparable nations on climate action.”

The ultimate concern we have: with short term goals and a lack of legislation and policy decisions on the cards, is progress really in sight?

You can watch Morrison’s press conference here, if you would like to try to figure out what exactly the 'plan' is. If you do find out, please tell us.

Reply
Upvote
Of course ScoMo has a plan! It's the same plan I had for retirement when I was much younger, spend most of my money, put little in savings and wait for the big lotto win to retire!   Similarly ScoMo will do nothing other than hope, maybe a miracle again, that a future technology will help us meet the target - long after he's gone from politics and the need to worry about the effects of global warming.
News
General
Opinion
True Crime
Politics
Sport
Explainer
Entertainment
Celebrity
Reality TV
Movies
TV
Books
Rogue
Royal
Lifestyle
Beauty
Fashion
Weddings
Home
Wellness
Health
Fitness
Travel
Food
Parents
Before The Bump
Pregnancy
Baby
Kids
Teens
School
Parent Opinion
Work & Money
Money
Finance
Career
Lady Startup
Relationships
Sex
Dating
Separation
Friendship
Family
Real Life
Couples