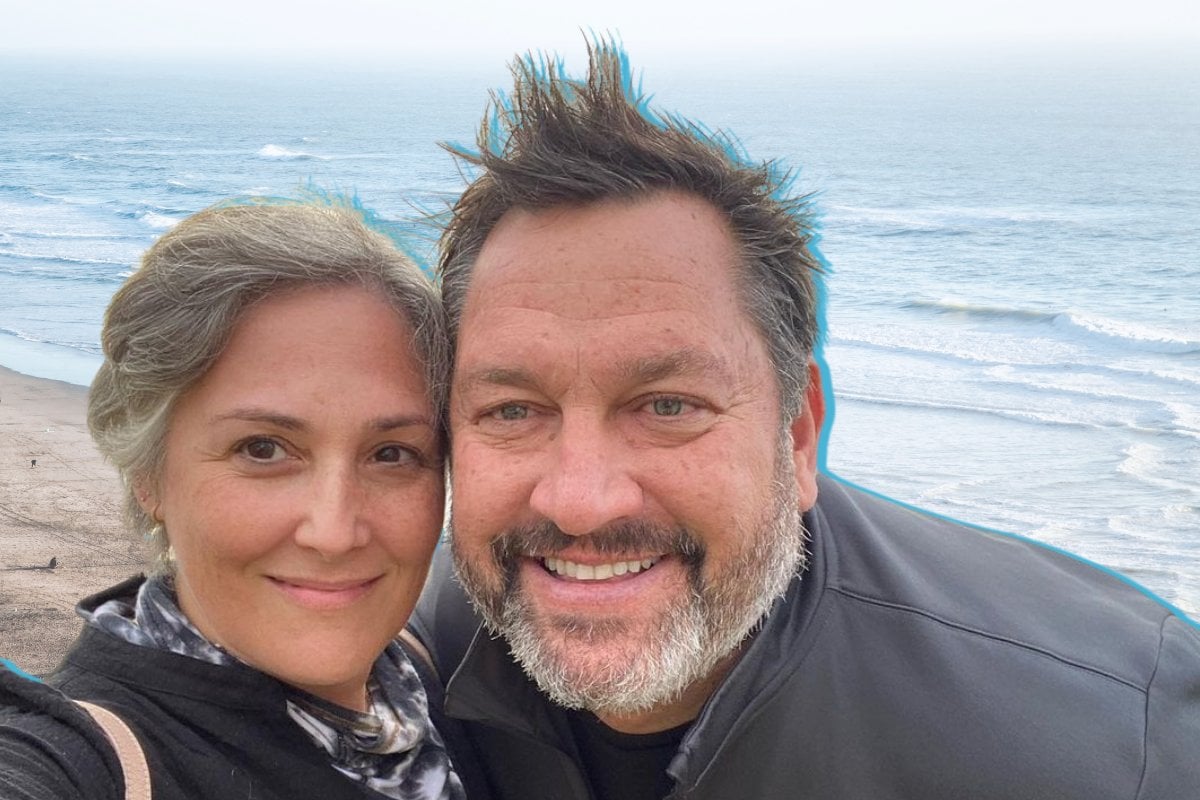 Content warning: This article deals with mental health and suicide and may be triggering for some readers.

For more than a decade, Ricki Lake was one of the most recognisable faces on daytime television.

The former Hairspray actress hosted her namesake talk show from 1993 to 2004, and a reincarnated version called The Ricki Lake Show aired for a single season in 2013.

Video via The Drew Barrymore Show.

In the years since, she has worked on a 2014 documentary about breast milk as well as 2015 documentary Sweetening the Pill about the contraceptive pill and made a cameo in the 2016 television musical Hairspray Live!

There were a few reality TV cameos in 2018 and 2019; she was revealed to be The Raven in the US' version of The Masked Singer and also competed on The X Factor: Celebrity.

But Lake, 52, has recently had a comparatively lower profile.

"Friends, I'm so so so excited to share some good news," Lake wrote on social media alongside a selfie.

"I'm engaged! This is Ross. He is my person. He is wonderful. I love him very much and I am so grateful I get to love and be loved so deeply by this stellar human. Our next chapter is sure to be a good one."

The pair have been together for more than a year, according to People, after meeting through a mutual friend, but Lake only introduced him to her followers in December 2020 when she shared a couple's selfie on Instagram, writing, "LOVE."

To mark Birmingham's birthday in February 2021, Lake wrote a tribute: "You have brought me so much joy and peace and laughs these last few months. I pinch myself, I am such a lucky girl. Thank you for choosing me. I love you."

Lake and jewellery designer Evans began dating in 2010 and married in 2012.

Lake said she felt like "the luckiest girl" with "charismatic", "funny" Evans, who was upfront about living with bipolar disorder.

"He had a lot of self-esteem issues and a lot of demons," Lake told People after Evans died by suicide in 2017.

"But I understood him, and he was someone that I think a lot of people misunderstood."

She said she first experienced one of Evans' manic episodes in September 2014. At the height of it, he "thought he could fly".

"He thought he could cure cancer with his hands. It was horrific. He just wasn't the person I had been with for four years."

The advice of a therapist led to Lake cutting off contact until Evans stabilised. She filed for divorce and Evans was hospitalised under a 5150 hold and entered a treatment centre.

Despite their divorce being finalised in 2015, the couple continued their relationship when he was released from treatment.

"He wasn't stable, and he was so fragile," Lake said. "But I was still in love with him, so there was something romantic about it. I wanted to save him."

Evans' mania returned in September 2016 and again he moved out. In February the following year, Lake was away for work in London.

On February 11, she received a text. It was from Evans' sister - he had emailed her a suicide note.

"I knew right then that he was gone," she said. "Everybody thought he was missing, but I knew."

"The struggle was just too much for him. He did the best he could."

Four years on, she is celebrating her engagement to Birmingham, but Lake still honours Evans.

"[Evans] continues to be my greatest teacher. Through his compassion and kindness for others, especially those suffering with mental illness. Forever grateful for the unconditional love we shared," she wrote alongside photos of Evans.

Lake previously said she wasn't sure she'd find love again, telling PeopleTV's Chatter she had "true, unconditional love [with Evans], so I'd like to have something along those lines again, but I feel like lightning doesn't strike twice".

In 2020, Lake not only found love in the relationship-sense; she also fell in love with herself, after sharing her 30-year struggle with hair loss publically for the first time.

She rose to fame as Tracy Turnblad in Hairspray with her famously big brunette hair, but Lake's own hair journey took a toll. 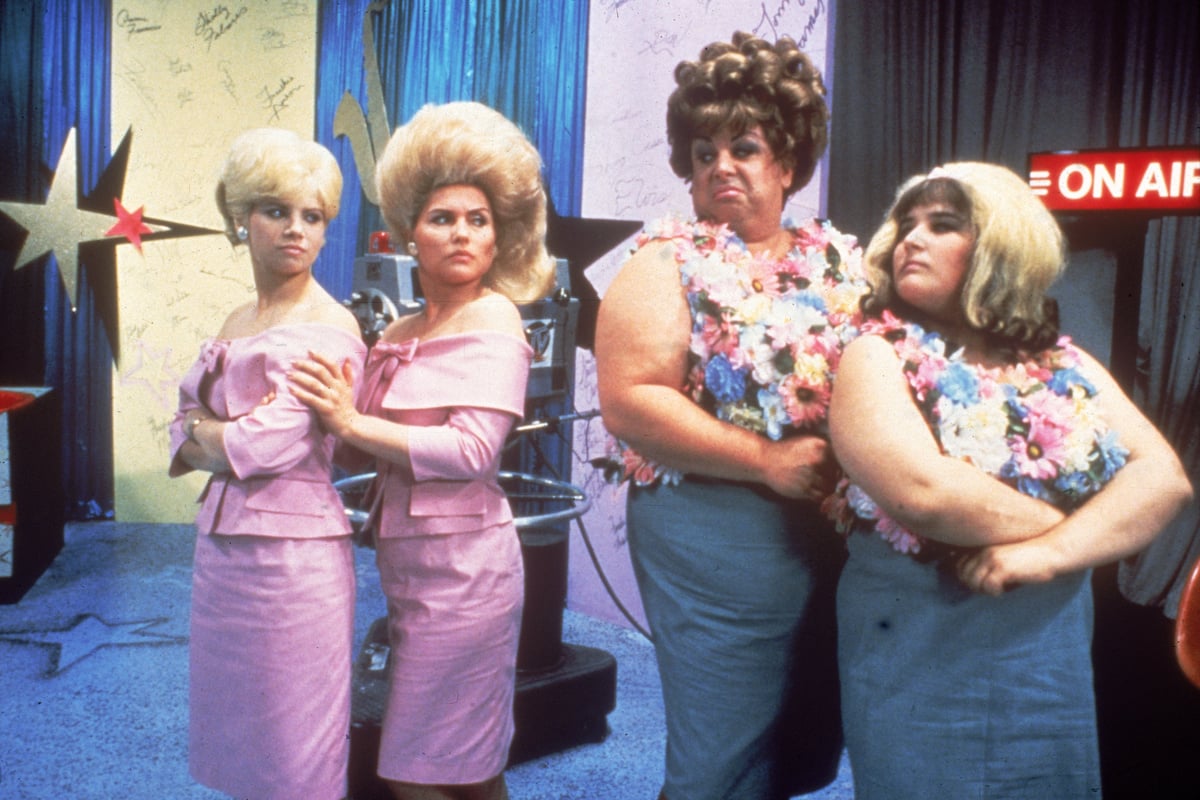 A few days into the new year, Lake posted a photo of herself with a freshly shaved head.

"I have been struggling with hair loss for most of my adult life. It has been debilitating, embarrassing, painful, scary, depressing, lonely, all the things. There have been a few times where I have even felt suicidal over it. Almost no one in my life knew the level of deep pain and trauma I was experiencing. Not even my therapist/s over the years knew my truth," she wrote.

"I know that by sharing my truth, I will be striking a chord with so so many women and men. I am not alone in this and my goal is to help others while at the same time unshackle myself from this quiet hell I have been living in."

She said she believed her hair loss was due to a number of factors - the tough teasing and processing of her hair during Hairspray, yo-yo dieting, hormones, pregnancy, genetics and stress among them.

With her fresh shave, Lake's hair grew back healthier than ever, and salt and pepper grey.

In an Instagram post to mark one year since her head shave, Lake said her hope had been to be "at peace" with the decision.

"I did this for myself, to be set free. I was overwhelmed by the love and support I received from so so many... A year later, my hair and scalp is healthier than ever and I am in such a blissful place personally.

"My transformation was so much more than physical."

She echoed this in an interview with Allure, saying embracing her hair as it was had made a big difference in her life.

"As women in this society, we're not supposed to embrace grey hair, but I'm really, really happy with it," she said.

"Colourists are saying to me, 'You can't bottle that.' And being in my early 50s, it's all about self-acceptance."

If you or a loved one is struggling with mental health, Mamamia urges you to contact Lifeline on 13 11 14 or visit their website.

This article was originally published in February 2019 and has been updated.

Ricki Lake also made and featured in a fantastic documentary called 'The Business of Being Born' which discussed the truly, truly fucked up American system of childbirth.

She had an awful, though standard, first birth. She investigated the system through which women birth in America and found it greatly lacking. She ended up having her second baby at home with midwives, something that is shown in the documentary.