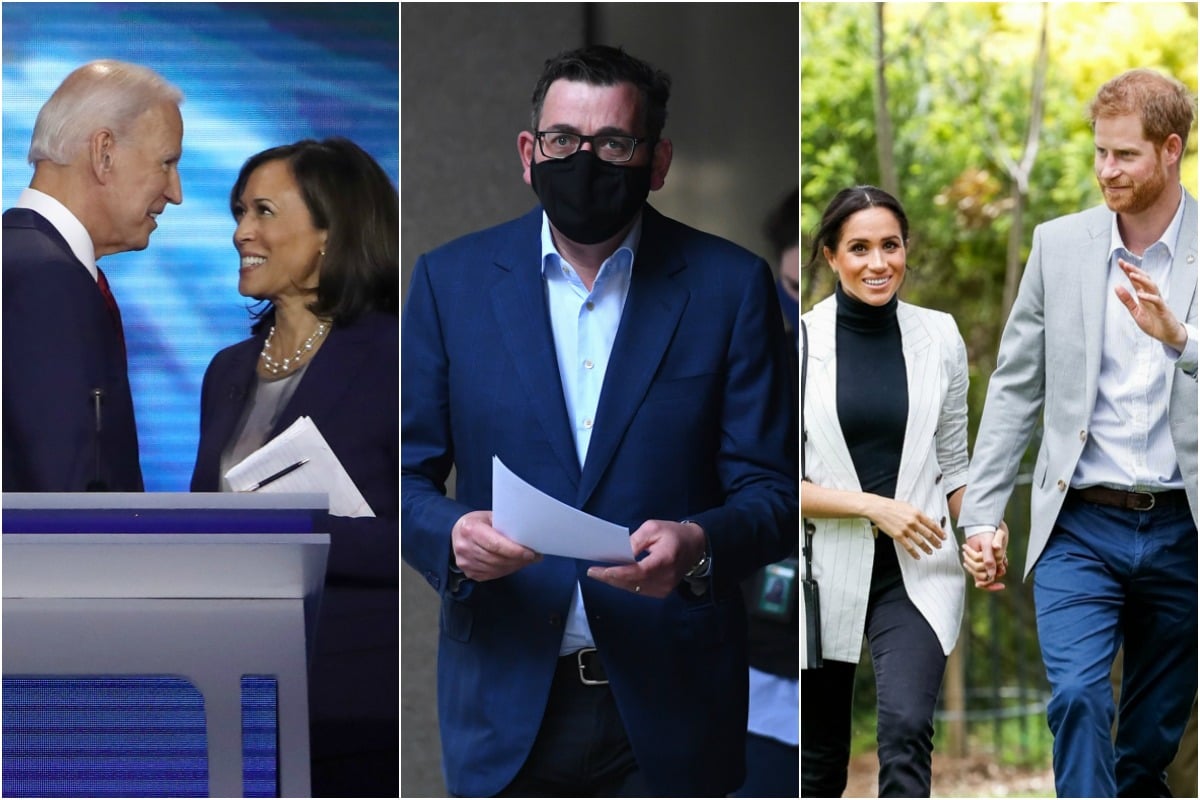 Premier Daniel Andrews is confident Victoria's COVID-19 curve is flattening despite cases returning above 400 on Australia's deadliest day of the pandemic.

While noting Victoria's seven-day case average was falling, Andrews acknowledged the lockdown's full effects would not be known until next week.

"We all know that a week is not the life-cycle of this virus," he told reporters yesterday. 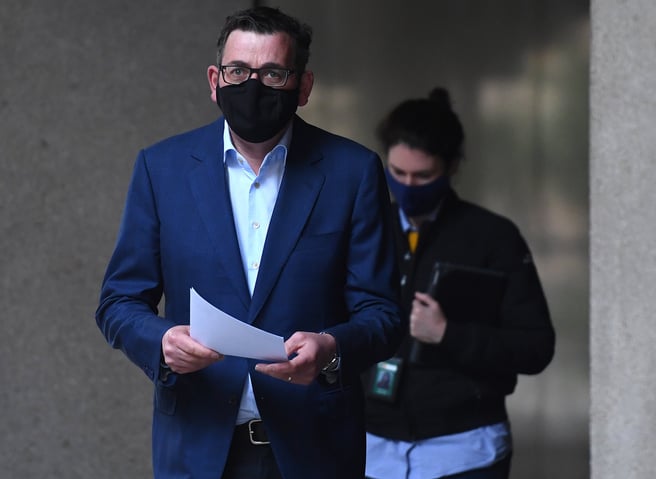 Premier Andrews says the full effect of the lockdown won't be felt for another week. Image: Quinn Rooney/Getty.

"This is not precise. It's not exact because it's all dependent upon literally hundreds of millions of individual choices and decisions that each of us make every single day."

Victoria reported another 21 deaths and 410 new cases on Wednesday as tensions continued to simmer between state and federal governments over the hotel quarantine scheme.

Sixteen of those who succumbed to the virus in the 24 hours to Wednesday were in aged care.

Geelong (179 active cases), Bendigo (53) and Ballarat (22) are becoming an increasing concern to the state government despite their infection rates remaining relatively stable.

There is concern among the NSW premier and health authorities about the increase in COVID-19 cases across the state with no known source.

Premier Gladys Berejiklian flagged NSW needs to go further in preventing the spread of the virus which includes wearing masks where social distancing cannot be guaranteed on public transport, at religious services and in supermarkets.

We need EVERYONE in NSW to step up and work extra hard in reducing the spread of the virus. NSW is in a state of high alert and we especially need people in South-Western and Western Sydney to come forward and get tested. pic.twitter.com/XnpSaHAtpN

Ms Berejiklian also admitted her concerns around the "cumulative accumulation of those unknown sources".

NSW recorded 18 new COVID-19 cases in the 24 hours to 8pm on Tuesday with two linked to Cherrybrook's Tangara School for Girls.

NZ COVID cases might have come in via freight.

New Zealand authorities are investigating the possibility that the new coronavirus cases in the country came in through imported freight.

The four new cases have no known source, and health experts are scrambling to figure out how it got in, given their strict border controls. The entire city of Auckland has been put under stage three lockdowns to prevent any further spread.

Surface testing is under way in an Auckland cool storage facility where a man from the infected family worked.

Democratic presidential candidate Joe Biden is holding his first campaign event with Kamala Harris, a day after unveiling her as his running mate.

At a high school in Mr Biden's home state of Delaware, he said "this is a serious moment for our nation" ahead of November's election.

Harris, a California senator, is the first Black woman and South Asian American to serve in the role.

I’m humbled to be joining @JoeBiden in the battle to defeat Donald Trump and build a country that lives up to our values of truth, equality, and justice. Tune in now to watch our first campaign event. https://t.co/rWs5tOrD6E

"This morning, little girls woke up across this nation — especially Black and Brown girls who so often may feel overlooked and undervalued in our society — potentially seeing themselves in a new way: As the stuff of Presidents and Vice Presidents," Biden wrote on Twitter.

READ: Raised by a single mum and fighting for justice: Everything we know about Kamala Harris.

Harry and Meghan are homeowners.

Prince Harry and Meghan have bought their first home somewhere in Santa Barbara, California, but the exact location remains a mystery.

"This is the first home either of them has ever owned. It has been a very special time for them as a couple and as a family — to have complete privacy for six weeks since they moved in," a source told Page Six. 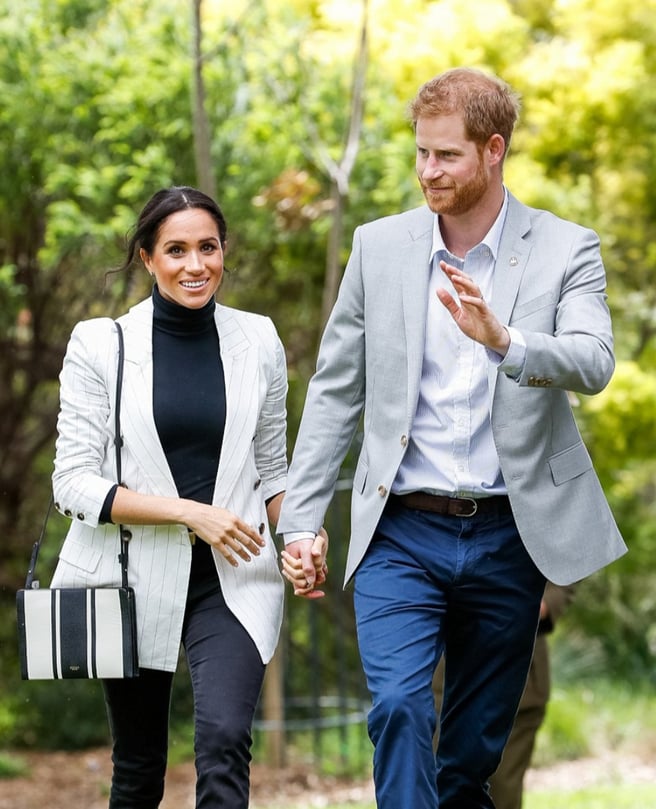 Harry and Meghan have bought a home in Santa Barbara. It's the first property either of them have purchased. Image: Samir Hussein/WireImage/Getty.

It was thought the young family would settle in Los Angeles, with their new property about 90 minutes west of LA. The area is also home to the likes of Oprah Winfrey, Ellen DeGeneres, George Lucas, Charlize Theron, Brad Pitt and Kirk Douglas.

The Sussexes had been staying in a $25 million Beverly Hills mansion during coronavirus lockdowns, but moved into their new property in July.

Frogmore Cottage in Windsor is still their UK residence - a wedding gift from the Queen.

The past decade was the world's hottest since records began in the Industrial Revolution, a new report has warned.

Last year was one of the three hottest years since the 1800s, only outstripped by 2016, and 2015 in some analyses, the 30th edition of the Bulletin Of The American Meteorological Society said. 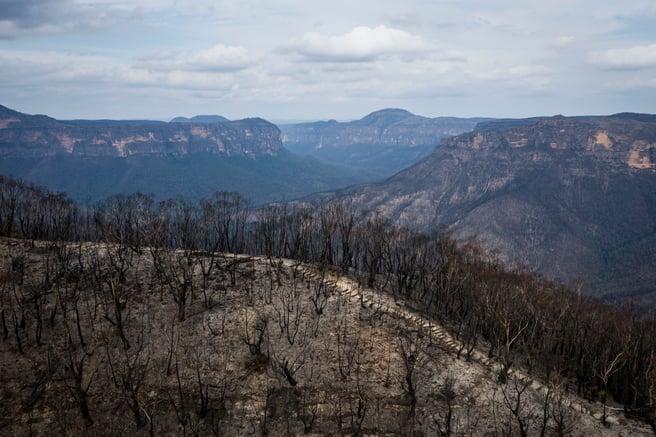 The data for last year showed the global climate was continuing to change rapidly, with consequences from melting glaciers to exceptional wildfires.

The peer-reviewed State Of The Climate report said 2019 saw out the warmest decade on record, and that each decade since 1980 had been successively warmer than the one before.

- The Russian government says criticism to rush out what it's describing as the first COVID-19 vaccine, is being prompted by jealousy from the west.

- France has reported 2,524 new infections in the last 24 hours, a post-lockdown daily record.

- A passenger train has derailed in Scotland this morning - killing three people onboard and injuring six others.

- Some rhino skin, egg and tissue samples are being used by scientists in a stem cell technology experiment, in an attempt to bring back the Malaysian Sumatran rhinoceros that was declared extinct in 2015.