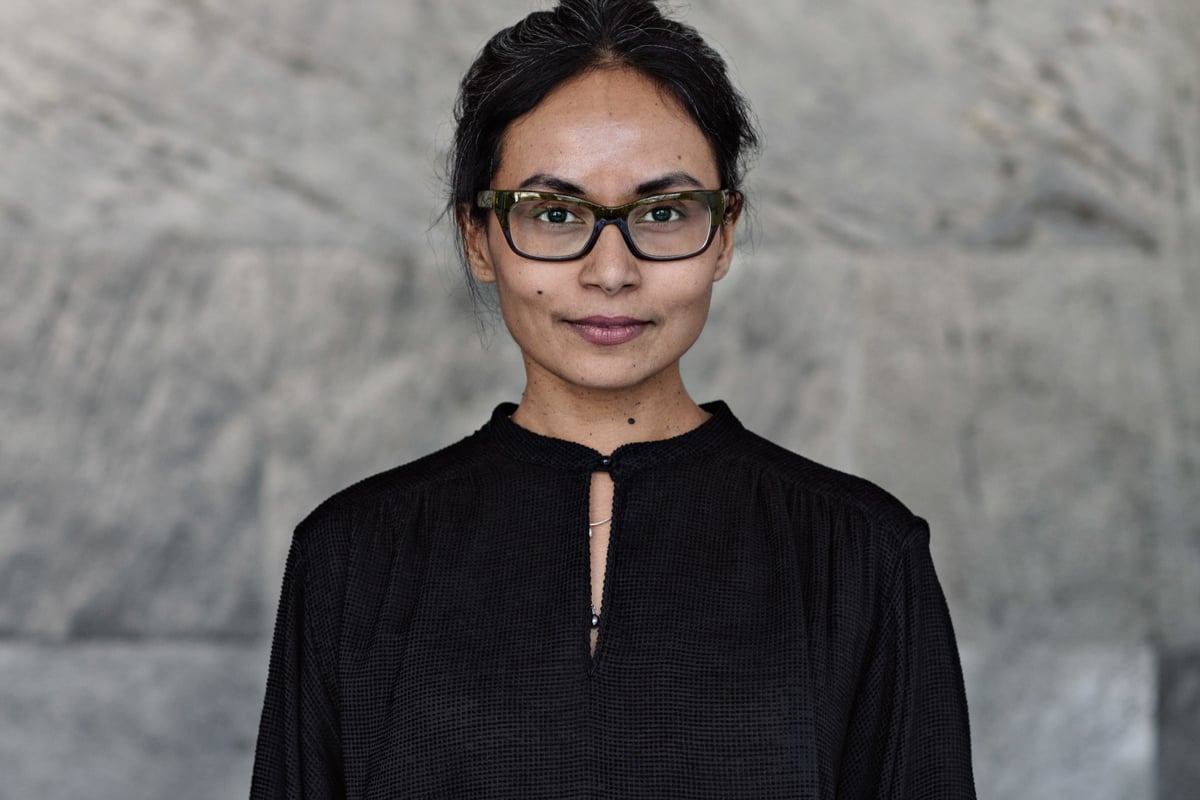 George Floyd’s murder was not in vain. It sparked conversations all over the world about racism and injustice. It made me take a look at my own reflection and become aware of the implicit biases I carried within.

A few years ago, my brother narrated an incident that happened at his apartment complex. The police had arrested some thieves. My first question was — “Were they Black?”.

My brother angrily retorted, “Why do you think all Black people are criminals?”

Watch: Awkward questions I get asked as a young Aboriginal woman.

I became defensive and thought to myself, being Asian, I have been at the receiving end of many stereotypes. I have never hurled racist slurs, discriminated, or disrespected Black people, so I have done no wrong.

All was fair and square, right?

If anything, the recent deaths have brought to light how lethal stereotyping can be. My brother had exposed my hidden bias that day.

The stereotype that ‘all Asians are smelly and don’t know English’, might get me bullied and hurt my feelings but chances are high that it won’t get me killed.

The stereotype “all Black people are criminals” means a young person’s life can end in 30 seconds just because the colour of their skin evokes an ‘imminent threat’ response in the other.

Today’s kids are tomorrow’s adults. My child could find themselves in the same exact position as a George Floyd or a bystander. They should have knowledge today so that they make respectful decisions tomorrow.

A new study out of the University of British Columbia found that racial discrimination can be reversed during child development. Implicit preferences favouring White versus Black individuals could be reduced through exposure to positive Black exemplars.

We are brown-skinned Asians. My seven-year-old daughter’s close friends are kids who look like her. She hasn’t been exposed to much diversity. I wanted to look through the lens of a child and understand how they viewed racism.

I explained the different races to my daughter and asked her which race she would select if she had a choice.

She said “White”. I asked her the reason.

“I will look good if I am white. Then everyone will like me.”

There lay her hidden bias — white is beautiful, dark is not.

I had a talk with her about how people are made in all colours, sizes, genders, limitless variations under the golden sun, and no one type was better or less than the other. It was just our outer shell. True beauty came from how we treated others.

She nodded and ran off. I wondered if she really understood. I decided to get her a black Chelsea doll to drive home the point further. I was eager to see her reaction and how she would pretend play with the dolls.

My daughter was super excited just like all kids are whenever they get a new toy. She went about introducing the new doll to her other dolls.

“I love your puffy hair,” Chelsea said to her newly christened friend Grace.

It warmed my heart, that she recognised the differences in the doll but chose to celebrate it. 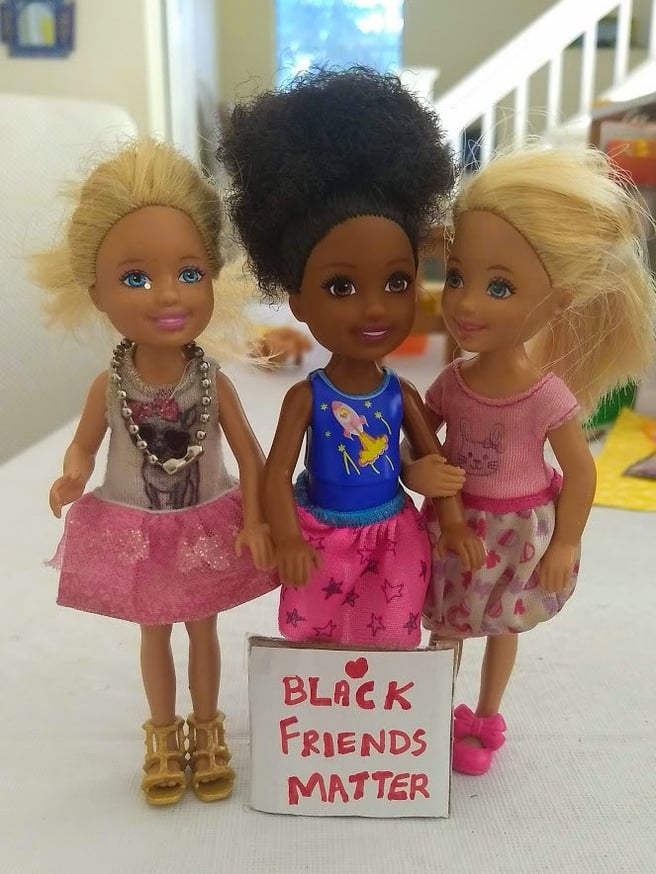 My daughter hasn’t seen any of her friends since school locked down three months ago. So, if not with real kids, I hoped she could live vicariously through her dolls and realise that you could have boatloads of fun with friends no matter what their colour or story was.

We got busy making different sets for the trio to enjoy. I think this middle-aged woman had more fun than her seven-year-old daughter. 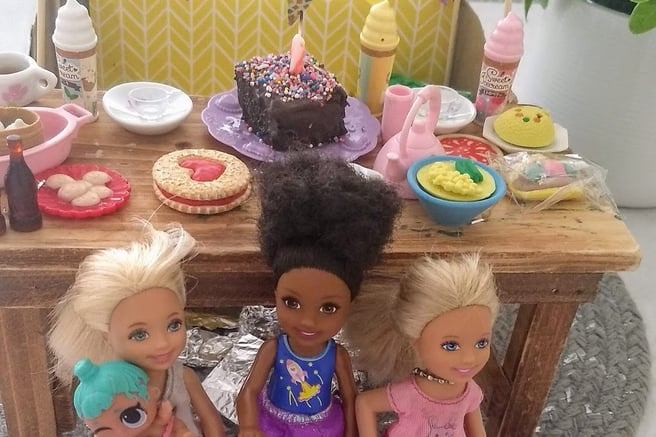 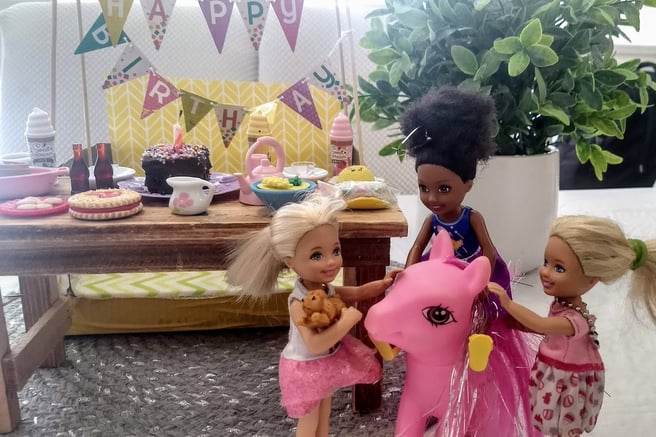 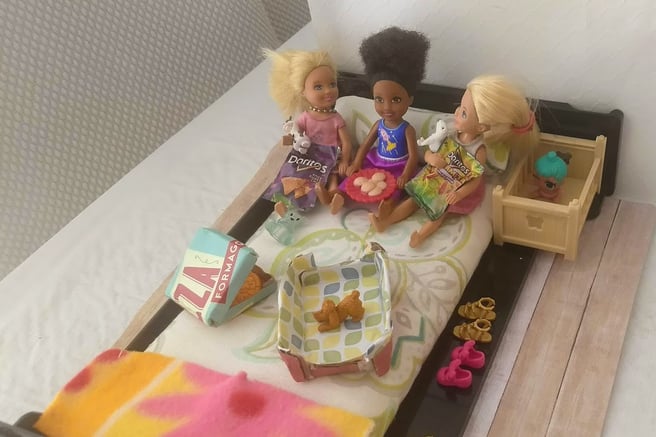 Sleepovers are the best. Image: Supplied 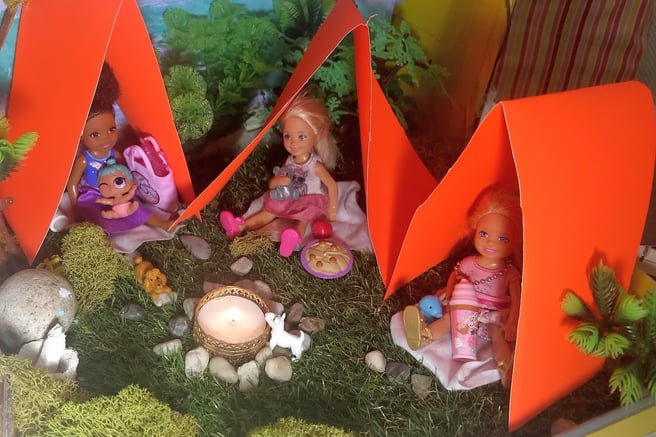 The tentacles of racism are deep-reaching, far and wide, yet parents hold the power to change the narrative for future generations. The truth is that kids don’t learn their moral skills from their country's leader but from me, the parent. It all begins with me and the behaviours I model to them.

I know that playing with dolls doesn’t cut it. Encouraging my children to have a racially more heterogeneous set of friends and having ongoing conversations on inequality and racism is more impactful.

﻿Yes, he did. Let’s not let down this brave little girl.

Reply
Upvote
And yet, there are so many "white" people who do anything and everything to attain darker skin. Double standards.
R
redballoon 2 years ago