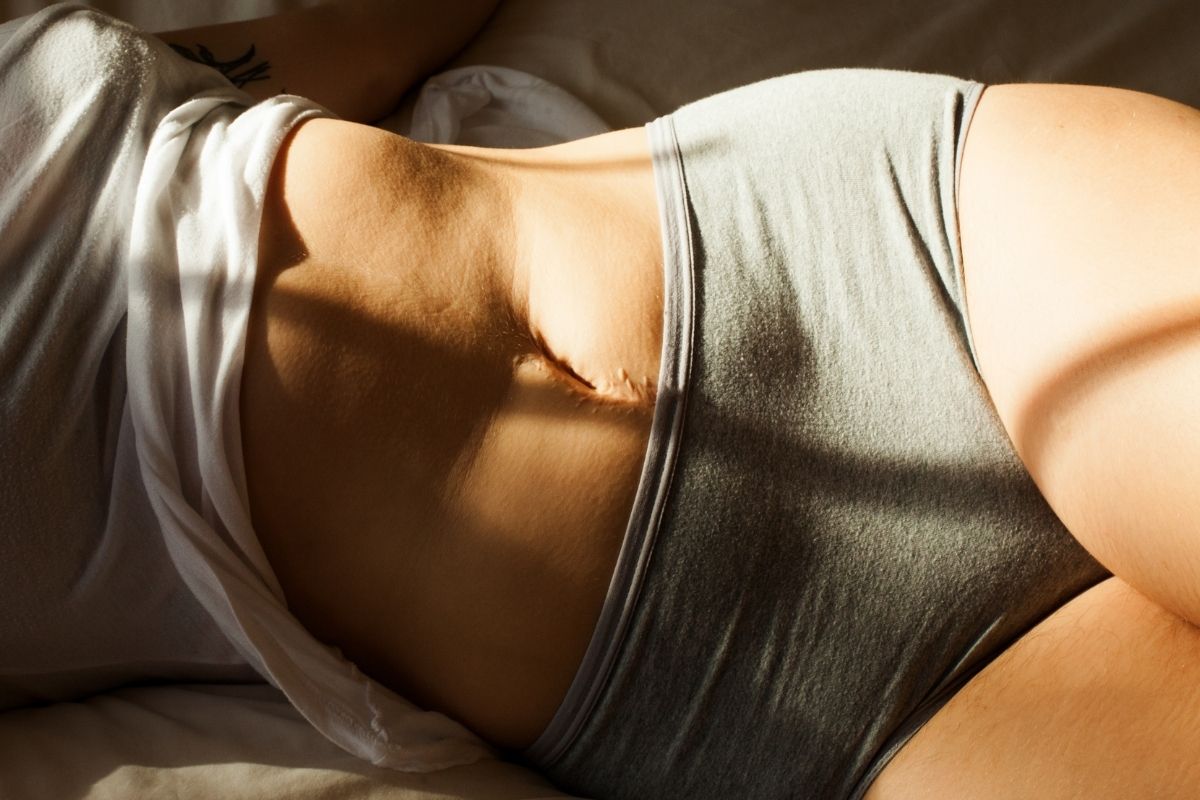 If you're part of the oral contraceptive club (hi, hello, please sit), you undoubtedly experience an internal debate no less than 4,3879 times a month as to whether or not you should stay on the pill.

Watch: How to compare combination birth controls. Post continues below.

Many of us don't want to just stop taking it because we're scared as sh*t about what will happen to our bodies/skin/entire existence afterwards. And there is not even nearly enough airtime on this topic to know WTF to do. Give it.

Will I gain weight? Will I break out? Will my period feel like actual hell again? How about my moods and hormones? What's the go with those guys? Huh?

There's A LOT to Google.

Because y'see, the pill is like the Hugh Jackman of birth control: it does everything. It prevents unplanned pregnancy, helps regulate your cycle (the jam for people who suffer from things like polycystic ovary syndrome), ease menstrual cramps, and can clear up your skin.

Listen to Mamamia's podcast for your face, You Beauty, where we talk about period skincare. Post continues below.

Even if you didn’t originally start taking the pill for these reasons, you may be unintentionally reaping some cute lil benefits that you kind of want to stick around.

But the thing is, many of us have probably been taking the pill for the entirety of our adult life. And while some of us are thinking of starting a family in the near future, most are wondering if we've been putting our bodies through the ringer for too long.

So many of us are starting to pause and ask ourselves if we should give our body a 'break' from the pill? And if we do, what should we expect?

Because we're not doctors (and we're just as confused about what to do re this whole pill saga), we spoke to an *actual* gynecologist on the topic, and pretty much asked him everything we should know before ditching birth control.

Wa-wa-wait! Do we even need to take a 'break' from the pill?

Okay, a lot of people (us) have the idea that being on birth control for too long can mess with things like your fertility or your general health. However, according to Associate Professor Gino Pecoraro it turns out there is actually no medical reason to give your body a temporary break from the pill.

We can almost hear the collective breath of relief.

To explain why, let’s start from the beginning and talk about what happens when you’re on the birth control pill. Take it away, Prof. Pecoraro!

"The combined pill works by giving the body preformed hormones. This tricks the brain into stopping the message to the ovaries to work and actually puts the ovaries into a quiescent phase where they don’t produce hormones or eggs. This is why the combined pill is a very useful treatment for women who have ovarian cysts."

But, you don’t need to take a 'break' from birth control, unless of course you don’t need it, don't want to take it anymore or if you have a medical reason to stop taking it. "The idea of needing a 'break' or drug holiday from the combined contraceptive pill is a very old-fashioned idea that was popular in the 60s and 70s," said Prof. Pecoraro. "The only reason to stop taking the pill is if the pregnancy is desired or you are having an unwanted side effect from the pill or any of its constituents."

When you go off of the pill, the effects stop pretty much immediately and usually the hormones will be out of your system within a few days. Heads up: Prof. Pecoraro said your period might be a bit irregular after coming off the pill, but if this happens for more than one of two months - something could be up.

"Some women believe it may take a while for their menstrual cycle to recommence after they have been on the pill, and while in the past we thought this was a common phenomenon, current thinking is that if it takes more than one or two months for your regular menstrual cycle to recommence, it may be a sign of some underlying pathology like polycystic ovarian syndrome."

If this happens, hit up a doctor or a gynaecologist to see what's going on.

What's the best way to quit the pill?

So, this one is actually way more simple than we thought. Awks! "The easiest way to stop taking the pill is simply to stop taking. For ease of understanding where you are in your cycle, I recommend stopping at the end of the pack when your period would be due."

What happens when you stop taking the pill?

As mentioned before, the oral contraceptive is used for a number of non-contraceptive benefits as well, so you may notice some side effects after coming off it. However, just keep in mind that everyone reacts differently and there’s a chance you might notice nothing at all. It's still handy to know though, just in case.

Not to state the obvious, but quitting birth control pills might have an impact on your period. "Most women on the pill will have periods that are shorter, less heavy and less painful and so coming off the pill you can expect your menstrual cycle to go back to what it was before you began."

"Some women will have a normal cycle immediately following cessation of the pill but for other women it may take longer." Again, everyone is different but if it takes "anything more than one to three months," Prof. Pecoraro said, "it should be investigated".

In other not-so-good news, if you suffered from acne before taking the pill, your skin may break out after you stop taking it. This is because your hormone levels will go back to normal. "Some of the newer pills have anti-androgenic (male hormone) affects meaning they are very good for acne and facial hair. Once you stop taking the pill, you will lose this benefit and any pre-existing acne or facial hair symptoms can be expected to return with time."

Important: If all this change is making you freak TF out, it’s probably a good idea to check in with your doctor first (if you can) just to get any advice that might be specific to your situation.

Can you get pregnant right after you stop taking the pill?

Okay. For some reason there's a bit of a misconception that if you go off birth control you have this mysterious hall pass for a while. But, yeah, you can still get pregnant pretty much as soon as you stop taking the pill. "If pregnancy is not desired and sexual activity is taking place, some method of contraception is mandatory."

So, you know, plan accordingly if getting pregnant is not something you want to happen. "Whether this takes the form of barrier methods like condoms or female condoms, long acting reversible contraceptives like IUDs or hormone implants, permanent sterilisation like a vasectomy for the male partner or tubal excision for the woman, the days of using crossed fingers or withdrawal (withdrawal of the penis prior to ejaculation) should be well and truly over."

How do I know if the pill is still right for me?

The best thing to do? Know when it's time to get extra help. If you're unsure if you should be on the pill, go see a professional and check out your options.

"Gynaecologists strongly recommend that at least once a year, a woman should discuss her contraceptive needs with her doctor to make sure she is using the best available method for her at this time of her life. This is also a good time to have other women’s health checks taken and if need be, a repeat prescription for an oral contraceptive if that is what she decides to use."

Have you recently stopped taking birth control? Did you experience any side effects? Share your experience with us in the comment section below.

Reply
Upvote
I actually went off the pill six weeks ago and started on natural hormone supplements (HH) to improve my overall health, including gut issues and brain fog. I was told the pill completely messes up my hormones and needed to go off it to fix this. I've found my anxiety has improved, and it's easier to lose weight (although my diet and exercise has improved too). But my sleep is suffering and my psoriasis is terrible! It's so hard to know if I'm better off or on the pill.
M
mamamia-user-893622181 2 years ago

Reply
Upvote
I stopped after 14 years because I wanted to know if the reasons I started taking it (irregular periods) were still an issue. My anxiety has actually increased off it and three months in, I'm still trying to find a solution to the nightmare that is my hair. My scalp is super dry and my hair is an oil slick by the end of the day 😭
S
sobrien78 2 years ago

Reply
Upvote
@sobrien78 it's apparently a really common issue. I'm hoping everything evens out soon! Are you finding HH is helping at all?
S
sobrien78 2 years ago