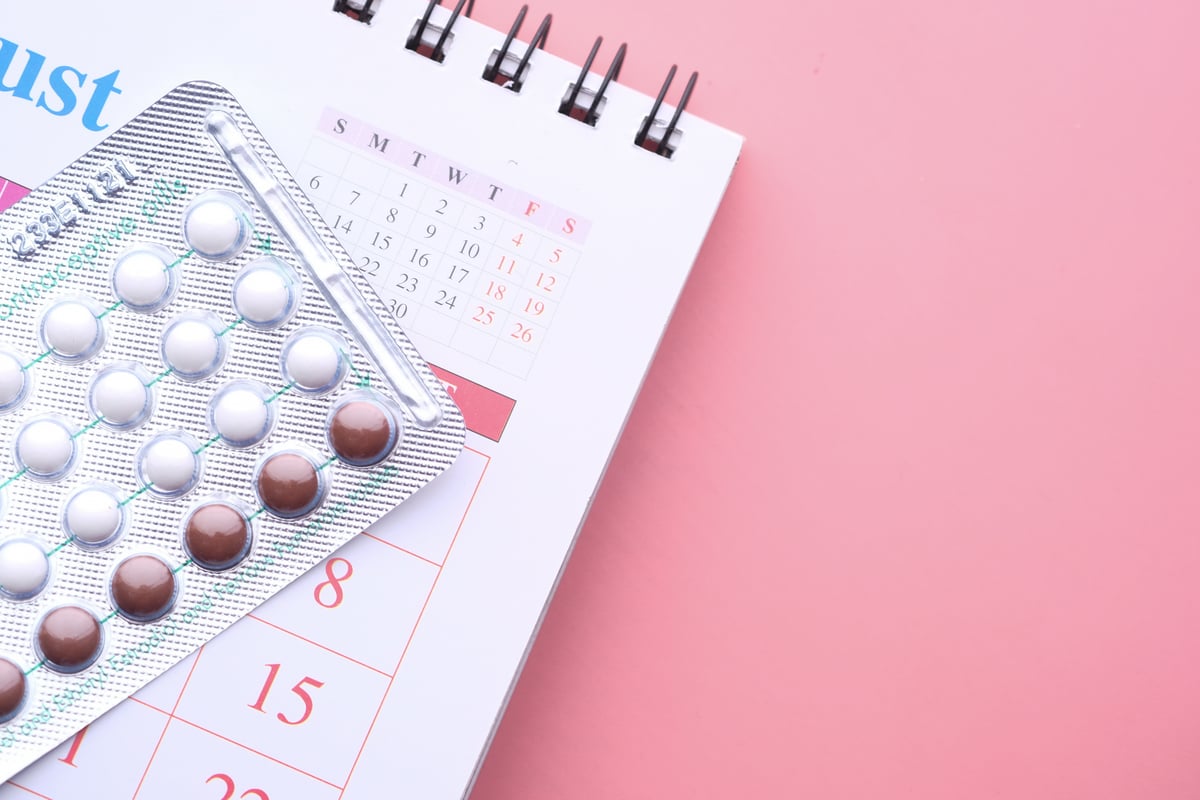 When you’re used to having your period once a month as well as everything that comes along with it, like stomach cramps, bloating and feeling mostly uncomfortable, it can be hard to think of a life without them.

But many women who use the pill as contraception will know it has another benefit; the ability to skip your period or forgo having them altogether.

There’s no doubt the choice not to have your period can come in handy - like when you're going on holiday, and decide not to pack your period with you.

Watch: If your period was a person. Post continues below.

It might not even be an event in particular - it could just be as simple as not wanting to deal with mood swings or running to the office bathroom to change your pad or tampon that week.

Other forms of contraception aside from the pill can impact your period too. For example, Implanon is a contraceptive implant that is inserted under the skin in your upper arm. It can make your period less painful, and many who use it have little to no vaginal bleeding.

NuvaRing is another option that aids in the management of period pain. This small ring is inserted into the vagina and can stay in place for three weeks (21 days). At this point you can either remove it and have your period or you can insert a new ring to skip your period completely.

At the end of the day, choosing not to have your period is a decision most often made out of ease and comfort. It is clearly still vital that we destigmatise periods and continue to fight against period poverty, because it's a natural and normal bodily function.

However, as a woman who has been on the pill for 10 years, I still often find myself questioning whether skipping my period is somehow bad for my health. Each time I choose to do it, I feel a little bit of guilt. And most of the women I have talked to about this feel the same way.

So, is it bad for your health, or even dangerous, to continuously take the active (pink) contraceptive pills without a break? The good news, in short, is no. It’s not dangerous to skip your period while on the pill, according to Dr. Natasha Andreadis, a specialist, gynaecologist, reproductive endocrinologist and clinical lecturer at Sydney University.

"We often supply the pill to help women manage painful heavy periods and get around big days like a wedding and avoiding a period on the day," Dr. Andreadis told Mamamia. "The main potential issue is breakthrough bleeding which is not dangerous."

The period you have on the pill is also ‘completely artificial’, with menstruation being triggered by a drop in the hormones produced by the pill, according to Dr. Andreadis. This is known as withdrawal bleeding, and the reason why you might experience only very light bleeding or in some cases no bleeding at all when you come up to a break in your packet.

While it’s not bad for your health, there is a downside to not having your natural period - and that’s not being able to use it as an indicator of your general health. Borrowing a line from naturopath Lara Briden, Dr. Andreadis said that ‘periods are a report card.’

This means ovulation is a sign that all is well within your body and that you are getting enough food and not feeling too much stress. Not having a period means you could be missing vital signs that you may need to consult a health care professional.

“If you are not taking hormones and don’t have regular periods as a woman, there is potentially an issue with your underlying health,” Dr. Andreadis said. “Get this checked out ASAP.”

Dr. Andreadis believes taking the pill continuously can be an issue when you decide you want to fall pregnant, particularly as it can mask underlying health issues that could impact fertility.

"Many women are put on the pill for irregular cycles when they are very young, for example. They then come off the pill to note they have underlying PCOS or hypothalamic issues; weak bones that were not protected by being on the pill," Dr. Andreadis explained.

It’s for this reason Dr. Andreadis thinks it’s important for women to consider ‘pill breaks’ if there’s a point in time when you don’t need to be on contraception and to consider what your body is doing when it doesn’t contain the hormones administered by the pill.

"I stress to women that we should embrace our periods, to see them as a benchmark for health," Dr. Andreadis said.

"I do not encourage women not to want to have a period. We need to see our periods with a positive not a negative spin."

Aside from natural periods being an indicator of our health, if we don’t technically ‘need’ to have them, why are there inactive (white) pills in our packets?

Quoting from a book by Tory Shepherd titled 'On Freedom' Dr. Andreadis said, "It emerged recently that the only reason women have a seven-day break from the pill is because back in the day, the pill's creators wanted to placate the Pope."

"There is no scientific, medical reason for that break. It was introduced as a compromise. The inventor of the Pill wanted to convince the Vatican that women were still having their monthly cycles, to get the pontiff’s approval. It didn’t work, but this damaging and weird pattern persisted."

As a result of this, women often continued to have painful periods and lived with the inconvenience of monthly bleeding as well as an increased chance of unwanted pregnancy, because men in power wanted the approval of other men in power.

"It’s another case of men still refusing to get their rosaries off our ovaries. Scientists now dismiss the break as the 'Pope Rule' and the health guidelines in the United Kingdom were officially updated in early 2019 to dispel the myth that the break was necessary," Dr. Andreadis said.

If you do decide you want to come off the pill but are worried because you use it to manage period pain, Dr. Andreadis has seen many clients who have dealt with this through lifestyle choices.

"Optimal diet is important; I’ve had patients who have cut out gluten, cow’s dairy and red meat with good effect," she said, though of course you're encouraged to see a healthcare professional before you make any big lifestyle changes.﻿

"A multimodal approach is best. So many things can help, especially when used in combination."

C
chrisandalex a year ago

Reply
Upvote
My GP encouraged me to skip periods due to me getting hormonal migraines at the onset of my period. Unfortunately due to my history of migraines (other triggers as well as hormones) it was recommended I stop taking the pill at 35.
F
fightofyourlife a year ago

Reply
Upvote
1 upvotes
My GP is happy for me to stay on the pill until at least 40...which is next year. Quite frankly, I'm terrified to have to come off it. My periods made me anaemic, were very irregular and gave me debilitating lower back pain. The pill changed my life and I'm really worried about potentially having to go back to my old life, which was basically dictated by my period. If I follow my mum's timeline, I could be well past 50 by the time I'm done with menopause.
News
General
Opinion
True Crime
Politics
Sport
Explainer
Entertainment
Celebrity
Reality TV
Movies
TV
Books
Rogue
Royal
Lifestyle
Beauty
Fashion
Weddings
Home
Wellness
Health
Fitness
Travel
Food
Parents
Before The Bump
Pregnancy
Baby
Kids
Teens
School
Parent Opinion
Work & Money
Money
Finance
Career
Lady Startup
Relationships
Sex
Dating
Separation
Friendship
Family
Real Life
Couples