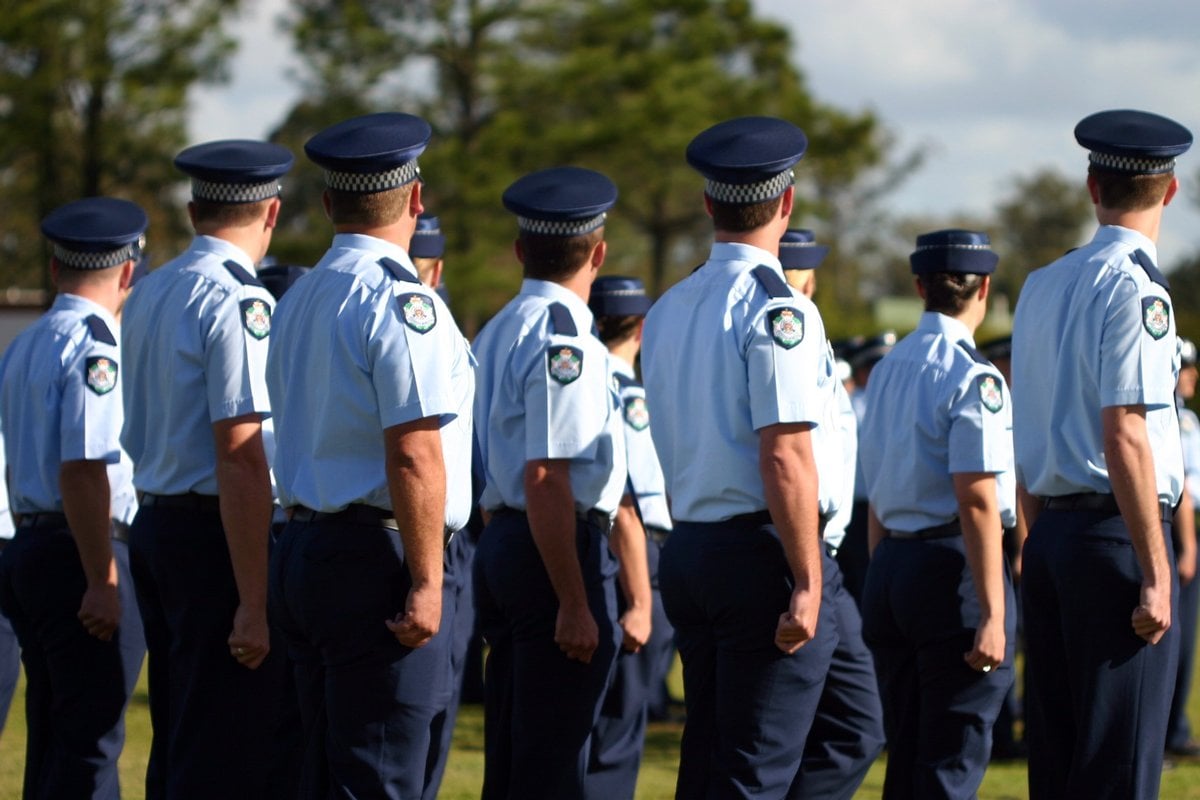 Content warning: This story includes descriptions of domestic violence that may be distressing to some readers.

Queensland's police response to domestic and family violence is currently under the microscope, as part of a four-month-long inquiry.

The Independent Commission of inquiry, which began on May 30, is examining whether "cultural issues" within the Queensland Police Service negatively affect how they respond to domestic and family violence.

It is also looking at the experiences of regional and Indigenous police officers, legal representatives and community support workers.

The inquiry, which has a budget of $3.4 million, was announced by Queensland Premier Annastacia Palaszczuk in May, following recommendations from the Women’s Safety and Justice Taskforce.

"But many survivors report that they did not receive an adequate response at their particular point in time."

BREAKING: We’ve announced the Chair and terms of reference for the Commission of Inquiry into the role of police in domestic and family violence matters. 1/4 pic.twitter.com/ppagHGDxyS

The probe was welcomed by the parents of Hannah Clarke, who was murdered alongside her three children by her estranged husband in 2020.

With a final report expected to be handed down in October, here's what we've learnt from the inquiry so far.

On Monday, the inquiry was told six complaints about police officers allegedly linked to domestic violence were made to Queensland’s Crime and Corruption Commission (CCC) in a two-week period in June.

One of the cases included allegations of strangulation and rape, while another officer was accused of accessing child exploitation material.

"Both matters have been referred back to the QPS to deal with but subject to a public interest review, so they’re being monitored by the CCC," Elizabeth Foulger, the commission’s executive director of integrity services, said, according to the Brisbane Times.

Foulger said the CCC had received more than 370 complaints over police responses to domestic violence cases between July 2020 and May 2022.

In that same period, another 98 complaints were made about violence which allegedly involved officers.

Foulger said complaints about police officers would often be a "misunderstanding".

Social media posts belittling domestic violence victims have been shared in a private Facebook group for law enforcement personnel, the inquiry has been told.

According to The Guardian, which has seen several of the offensive posts, one group member uploaded a photo ranking domestic violence allegations from "dogshit" or "very poor quality" to "bullshit" or "not true" and "batshit – insane".

In the post, which attracted dozens of likes and laughing emojis, the group member said the photo could be used when describing "the parties involved in the 10th DV [domestic violence incident] of the night".

The inquiry heard Indigenous domestic violence victims have been turned away or at risk of being misidentified as the perpetrator by Queensland Police.

Queensland Police's First Nations and Multicultural Affairs Unit Superintendent Kerry Johnson said a lack of training and "unconscious bias" amongst officers may be to blame.

He referred to a recent Brisbane case where police had not protected an Indigenous woman because of the way she had acted at the station.

"Unfortunately, she has an alcohol and drug addiction issue. The way that she was acting, she was turned away," said Supt Johnson.

"It was seen that she was being argumentative. (But) her mother reached out to me... and the DV liaison officer ... got back into the situation and supported her after what were clearly breaches of DV issues."

He added, "The reality is there could be some unconscious bias... that needs to be identified."

Asked by counsel assisting Anna Cappellano if unconscious bias still existed in Queensland Police when dealing with domestic and family violence, Supt Johnson said: "I think it does, I think it would have to."

"Quite often it is us not understanding a lot of the cultural things going on in the background," he said. "We can inadvertently add to that by sometimes talking to the wrong person if there is a conflict going on.

In July, a serving Queensland police officer, who cannot be identified for legal reasons, told the inquiry he heard colleagues make offensive remarks about female victims who were raped in intimate relationships.

Breaking down in tears, he recalled hearing colleagues describing rape as "surprise sex" and saying some victims "deserved to be raped", The Guardian reports.

The officer told the inquiry about further comments made by male officers, including "domestic violence is just foreplay", "she's too ugly to be raped" or "I can see why he does it to her."

"I could go on for ages about the kind of name-calling that goes on," he told the inquiry, according to the ABC.

"The misogyny is just so wild, and that underpins our attitudes to female victim survivors and we're a male dominated organisation."

The unnamed officer also told the inquiry his colleagues would sometimes avoid responding to domestic violence call-outs, opting to respond to others instead.

"I'll go to attach a DV and the officer sitting in the driver’s seat, when I’m telling them what job we’re going to, they’ve interjected and gone, 'No, no, no, no, f**k that, we’re not doing this job'," he told the inquiry, news.com.au reports.

"'That’s a code three, one of the other crews can pick that up… let’s go to this suburb.'"

He also said he knew of instances where women reporting allegations of domestic violence have been turned away at the front counter of police stations.

Mamamia's daily news podcast, The Quicky, speaks to three domestic violence frontline workers to find out exactly what it's like to work face-to-face with survivors and their families, and what you can do to support them. Post continues below.

Last month, the inquiry heard of an instance when officers minimised a woman's assault, despite evidence she had a "punch-sized" bruise on her ribcage and allegations her partner threatened to harm the family dog.

Sergeant Paul Trinder, who was the shift supervisor at the time of the alleged threats, told the inquiry, "There was clear evidence that she had been assaulted," according to The Guardian.

"The respondent had threatened to decapitate the family dog in front of her and her children. There was clear photographic evidence that she had been assaulted, [with a] punch-sized bruise around her ribcage and so on."

At the time, the leading officer on the job, a senior constable, did not tell Trinder about the threats or the assault. It wasn't until the next day that Trinder found out the full details of the assault from another supervisor, the Brisbane Times reports.

He then issued a direction to the officers, including the senior constable, "to revisit that and then take appropriate action".

"He was quite outraged I’d questioned his decision-making. He didn’t take it well," Trinder said, according to the publication.

Trinder also told the inquiry about another instance where an officer did not act on a complaint about a breach of a domestic violence order for two months.

"How I found out about it was this officer had been transferred to another station," he explained, recalling how the officer "dumped" the jobs back into the station’s inbox for reassignment, the Brisbane Times reports.

Trinder told the inquiry he took it on himself to ring the victim and "explain to her and apologise to her about why this had taken so long", as per The Guardian.

"I asked her if she would like to make a complaint about that officer… and submitted [it] through internal channels."

In May, the inquiry heard police officers are fatigued and can not sleep due to stress from responding to multiple domestic violence incidents during a shift.

"They [officers] tell me, nearly every time I speak to them, about feeling so fatigued," he said.

A senior constable from Logan - where 25,000 to 30,000 domestic violence cases could be reported a year - told him a single shift could involve going to five such incidents.

"At the end of the shift she'll go home at night and cannot sleep for worrying about whether she was able to provide as good a service as she wants to and whether she misses something."

He agreed more needed to be done for officers reporting burn-out or post-traumatic stress disorder symptoms. 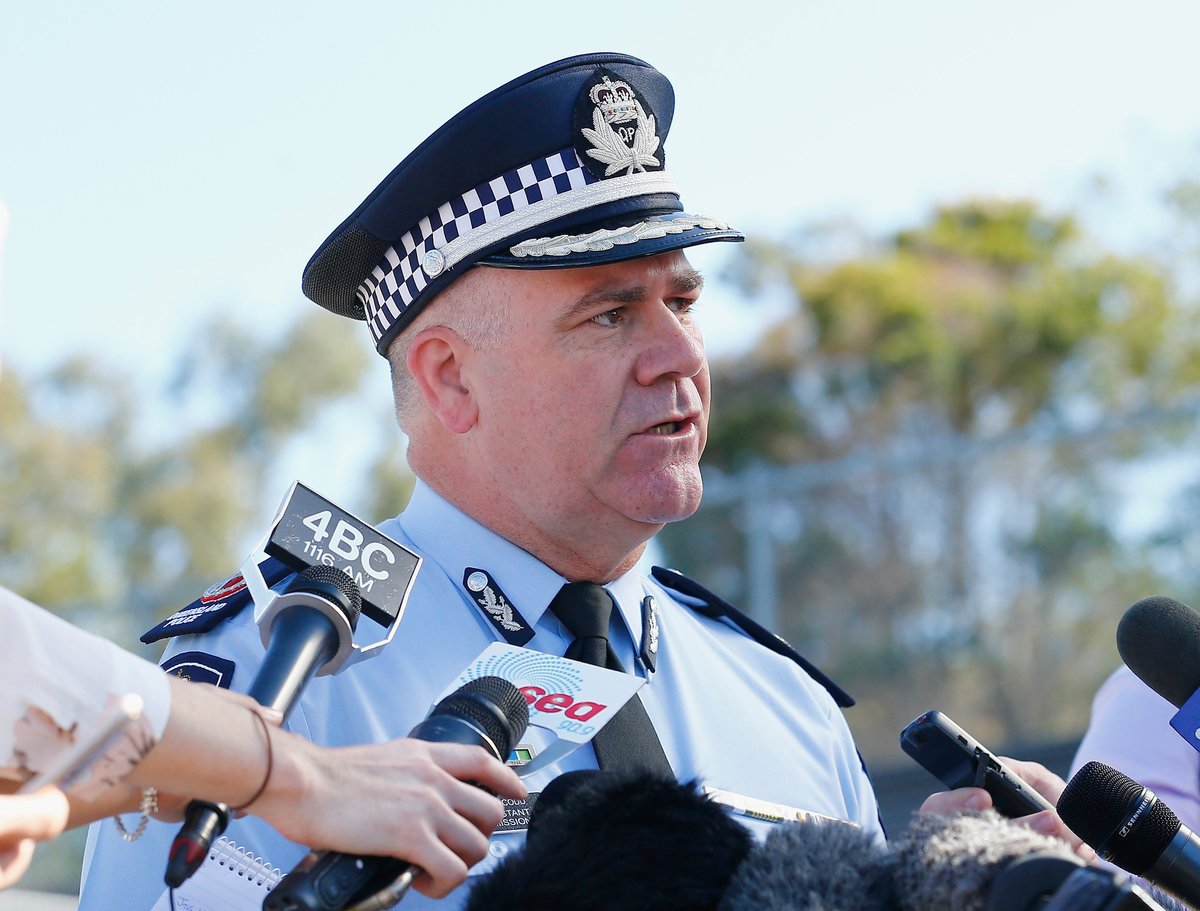 Asked how officers would cope if demand increases, Sgt Gardner said officers would be close to burn-out, adding, "I certainly am". He also said fatigue and vicarious trauma are concerns.

Sgt Gardner said their response to high-risk domestic violence cases was time-consuming as the best information came from seeing people.

"It's the face-to-face contact with a police officer at the time, to see nuances, to see the expression on their face, to see the circumstances they are living in, the fear in their eyes, that is the bit that gives you the information," he said.

K
km a month ago

Reply
Upvote
1 upvotes
The saddest part of this for me I’d that I’m not even remotely surprised this is the case.
P
pippa a month ago

Reply
Upvote
Back in the mid sixties, a close friend of mine got married at 19 because she was pregnant. Her new husband felt trapped and accused her of deliberately becoming pregnant to ‘trap him’. When she miscarried at 13 weeks, things got worse. On one occasion during a night out, he became violently drunk and began assaulting her on the footpath. A passerby called the police who attended very quickly. When they realised they were a married couple, the police said they had no power to interfere ‘between a husband and wife’.
I don’t believe attitudes have changed much in the minds of some police officers.
Resources
Very Peri
Skin
News
General
Opinion
True Crime
Politics
Sport
Explainer
Entertainment
Celebrity
Reality TV
Movies
TV
Books
Rogue
Royal
Lifestyle
Beauty
Fashion
Weddings
Home
Wellness
Health
Fitness
Travel
Food
Family
Before The Bump
Pregnancy
Baby
Kids
Teens
School
Parent Opinion
Work & Money
Money
Finance
Career
Lady Startup