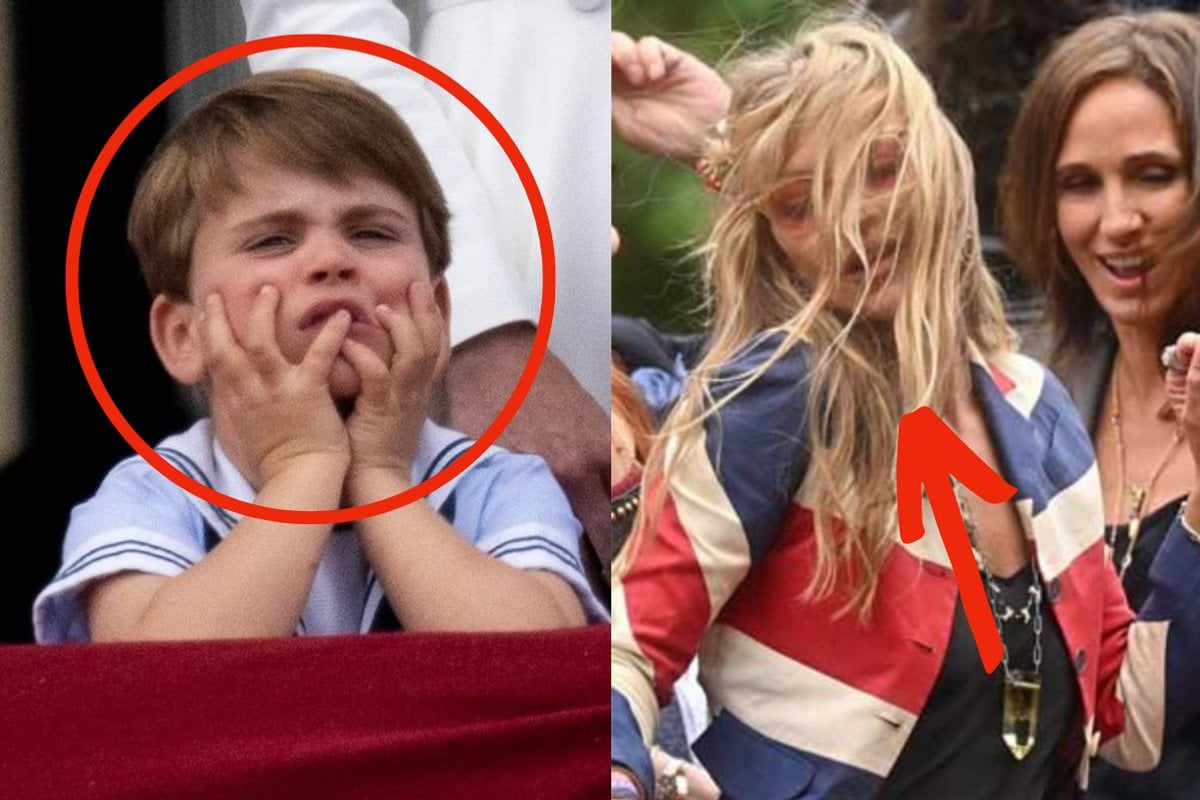 I must confess something straight off the bat: I did not know what the Queen's Jubilee actually was.

For the past four days, I've watched on as cute photos of Prince Louis popped up seemingly everywhere, read the words "Trooping the Colour" way too many times in news articles, and furrowed my brow as, once again, the tabloid media seemed to find fault with Prince Harry and Meghan for merely existing.

To me, the Queen's Jubilee was some sort of party that only royals got to attend, which, frankly, sounded pretty boring. They just don't seem like the type of crowd who'll put on some good ol' 90s jams and bust a move on the dance floor. I imagine they sit around drinking very splendid tea and eating crumpets and saying things like, "By Jove!"

Yes, I gather all my British knowledge from My Fair Lady.

Why on earth would Kim Kardashian and Pete Davidson want an invitation to a party like that, I wondered. Turns out, they didn't.

So when my editor said, "Adrienne, go and write about the Queen's Jubilee", I did what any good investigative journalist would do: I asked Google.

Hence, dear Reader, I can tell you that the Queen's Jubilee this year is a celebration of the Queen's 70 years of service. She is the first British Monarch to celebrate a Platinum Jubilee too, by the way. Basically, she has outlived a heck of a lot of royal dead people. Hurrah for Her Majesty!

Anyway, the celebration was capped off with a parade through central London, attended by tens of thousands of people happily squished together like sardines on a Sydney train. There was also a pop concert outside Buckingham Palace, which was broadcast on television for the masses.

Lots of other things happened over the four days of celebrating the Queen's Platinum Jubilee, including the aforementioned Trooping the Colour, but the only things you need to take note of are the ones I've very subjectively selected below.

1. Paddington Bear and the Queen sat down for tea.

Whoever thought it was a good idea to have Paddington make an appearance at the Queen's Jubilee is a certified GENIUS.

Now, while Paddington has appeared in children's literature since the 1950s, many would know the raincoat-wearing, marmalade-loving bear from the 2014 film Paddington and the sequel Paddington 2 in 2017.

I am not kidding when I say that the Paddington films are the best films in the world. Yes, that's correct.

If that sounds ridiculous, then you obviously have not watched these two adorable, fantastic, wonderfully satisfying movies. You know how they say sequels are never as good as the original? They're wrong. If you have not watched Hugh Grant in Paddington 2 - which even HE says is his best role - then you have not lived.

In the movie, Paddington Bear goes -

[My editor interrupts with a surreptitious cough].

Oh. Right. This is not about Paddington the movies - even though they're frightfully good - so let's actually go back to the Jubilee.

In the little skit, which you can watch part of below, Paddington and the Queen sit down for tea and, of course, all sorts of shenanigans happen. He drinks the tea straight out of the teapot. He flicks cream all over one of the butlers. That Paddington! He's so cute. You know, in the first film -

Watch: Paddington and The Queen sit down for tea (partial skit). Post continues after video.

Video via The Telegraph.

At the end of the skit, Paddington says to the Queen: "Happy Jubilee, Ma'am. And thank you. For everything."

2. Prince Louis outshone everyone else.

He might be the third child, but Prince Louis is anything but invisible. Did you happen to catch his face that first day on the balcony when the planes flew by (I believe it was due to TROOPING THE COLOUR)?

Here is the little Prince on the final day of festivities.

All we can say is that if we had to sit for hours on end, listening to boring and long speeches as our butt slowly goes numb, we'd be a bit cross about it too. 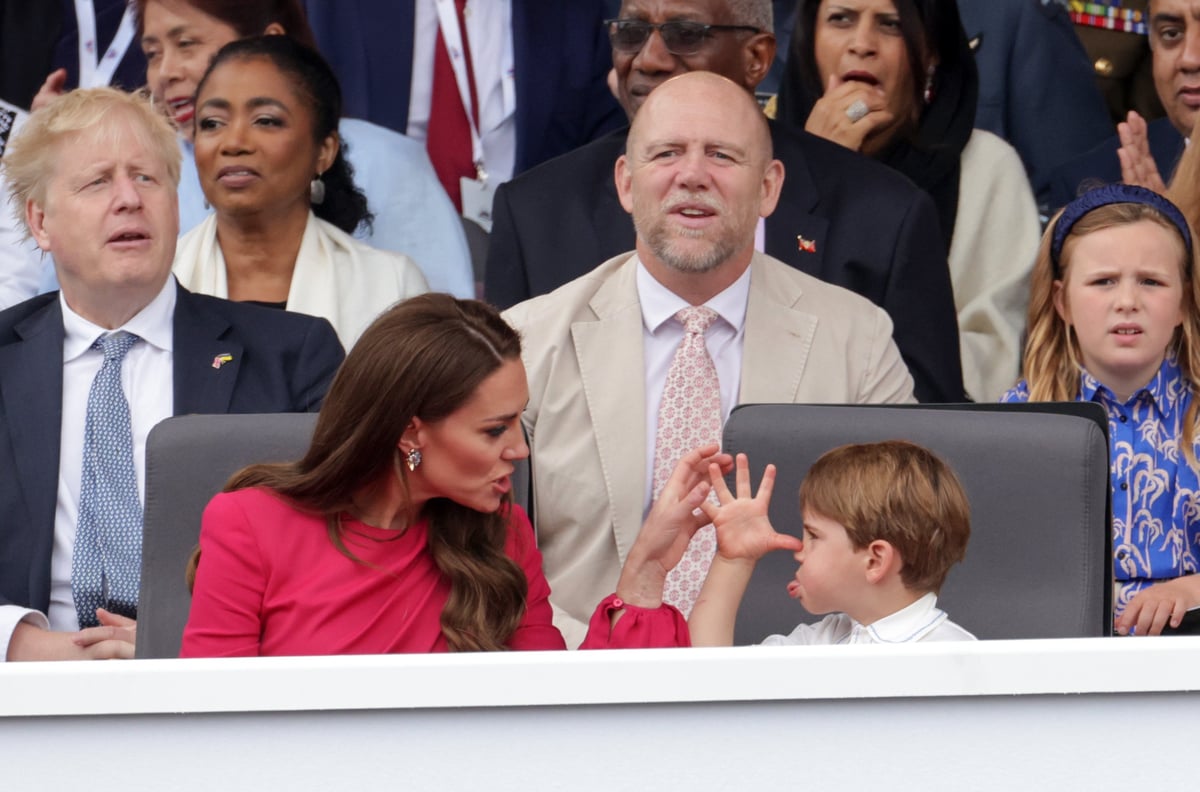 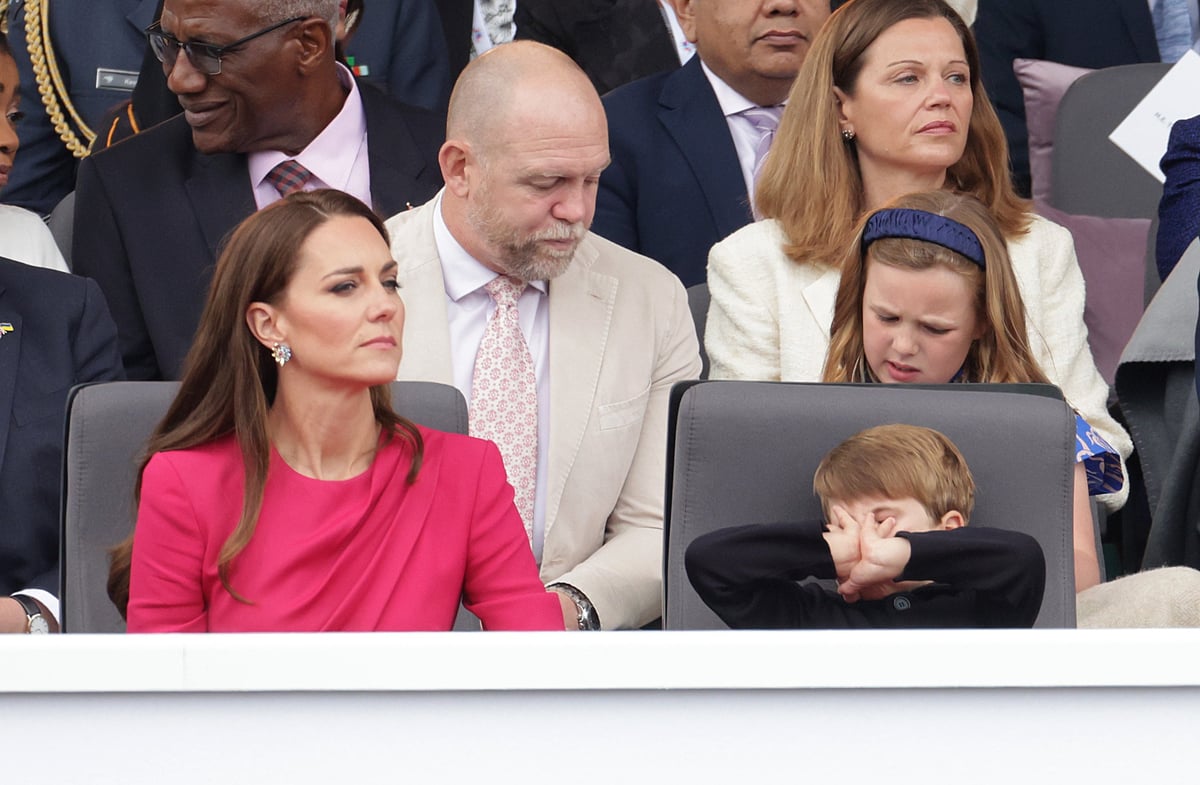 "Where is the HUMANITY." Image: Getty. 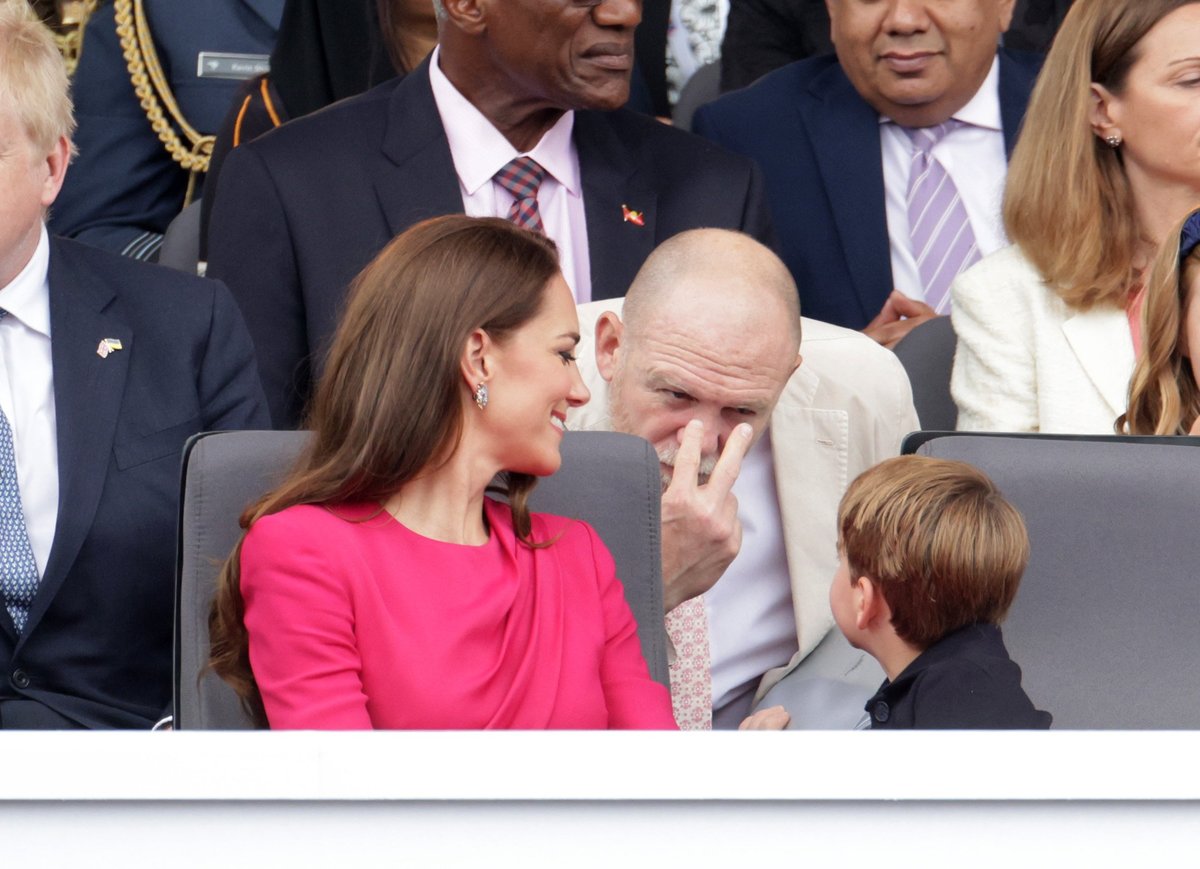 "What? I get TWO lollipops if I sit still? Blow it up your blowhole, Uncle Mike!" Image: Getty.

You know how I said the royals would not know how to bust a move on the dance floor? Well, maybe I was wrong.

The Jubilee concert featured some very big names (see headline above) and there were also some wonderful tributes to the Queen from Michelle Obama, Judi Dench, and Julie Andrews.

Kate Moss certainly seemed to be enjoying herself.

Kate Moss has been spotted after testifying in the Johnny Depp and Amber Heard trial, as partied at the Queen’s Platinum Jubilee Pageant.https://t.co/nYAgCP5wuL

There were honestly too many performers and performances to name.

Closing out the concert was Diana Ross, who sang Chain Reaction and Thank You.

She sounded - and looked - amazing. 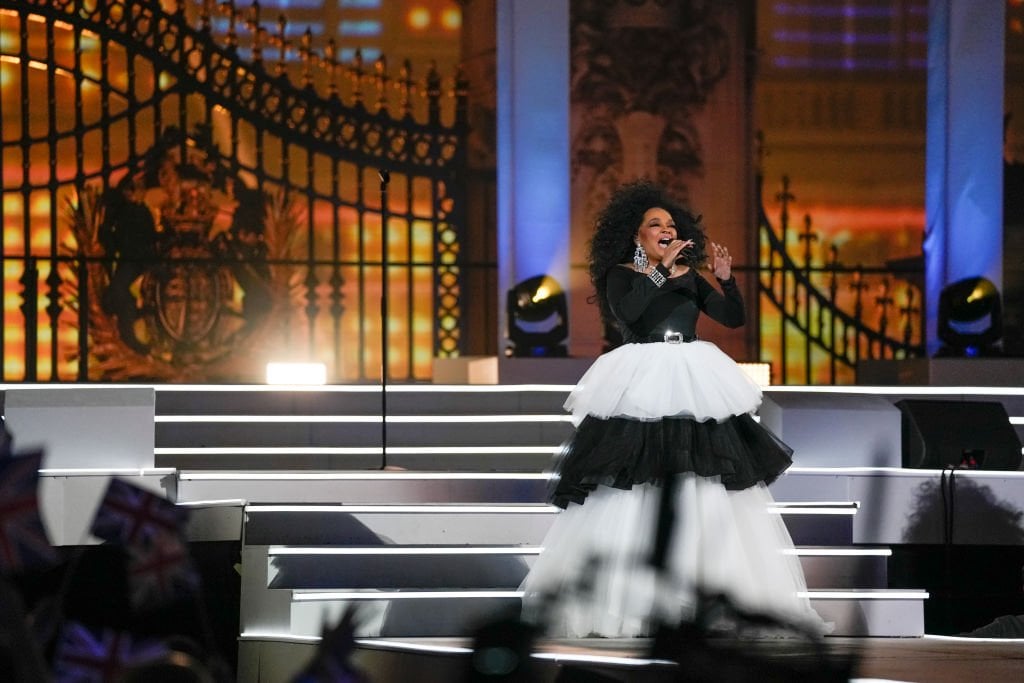 I admit that I am envious of the people standing outside Buckingham Palace watching this. Image: Getty.

Also, hundreds of drones lit up on the sky in an amazing display of lights and precision. Drones are the "In" thing nowadays, have you noticed? They've replaced fireworks for that "ooh" and "ahh" factor.

By the way, is there anything more British than the drone image below? 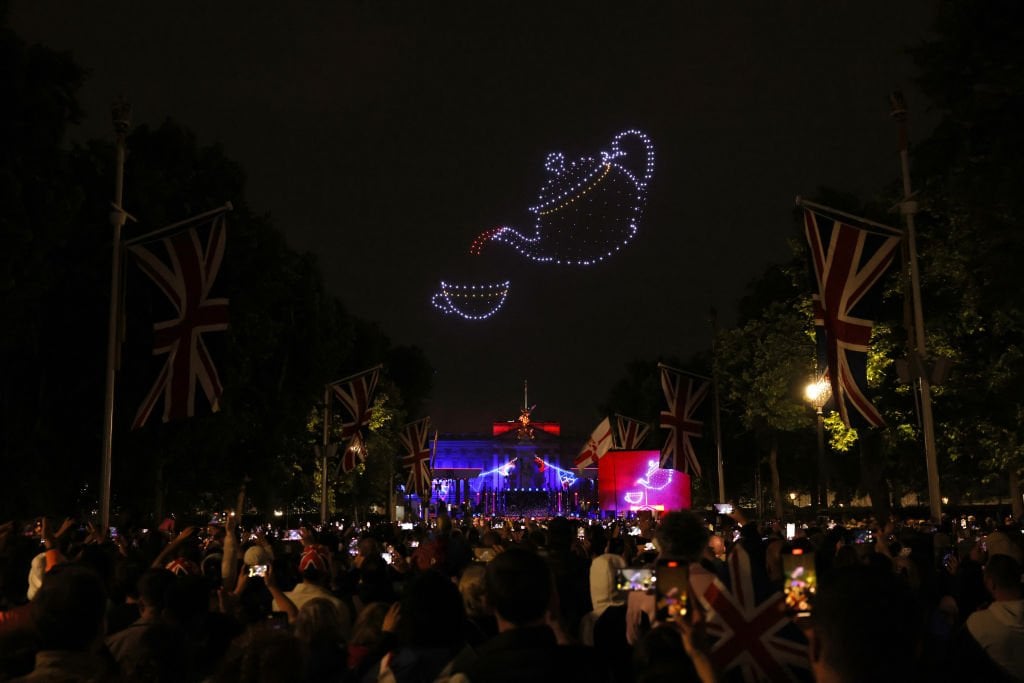 It's Mrs Teapot from Beauty and the Beast. Image: Getty.

4. Prince Harry and Meghan are still part of the family.

They dominated the headlines just by being there, but still it was nice to see Prince Harry and Meghan Markle back in the fold, albeit temporarily.

Don't you sometimes wish they would all just hug it out, like the ending of a Brady Bunch movie?

Over the four days, Harry and Meghan waved, smiled, shushed some kids, and celebrated Lilibet's birthday (their child Lilibet, not the Queen Lilibet).

According to tabloids, they also generally caused havoc by turning their heads at certain angles, talking, walking, sitting down, standing up, blinking, and breathing.

😂You just know the kids think Harry and Meghan are the coolest Uncle & Aunty. I had one of those too as a kid!

The Express have just posted the headline:

5. The Queen waved to her minions adoring fans from the balcony.

All kidding aside, it's highly likely that this is the last Queen's Jubilee that Her Majesty will attend.

Over the past few days, the 96-year-old has had to skip some of the celebrations due to ill health. And even when standing on the balcony on the final day, she did so for only a brief amount of time.

So the fact that this may be one of her final waves is a momentous occasion. 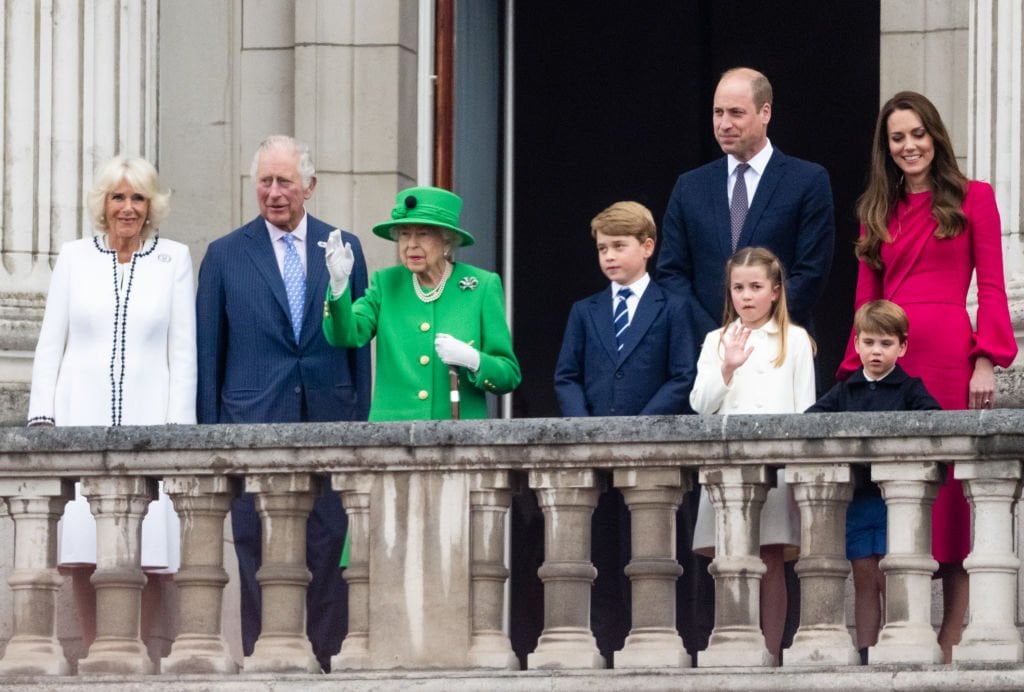 Speaking of momentous occasions, did you know that Paddington 2 actually had a 100 per cent "certified fresh" rating on Rotten Tomatoes before a film critic, obviously devoid of all joy and happiness, gave it a negative review thus causing it to lose its 100 per cent rating? I think that -

[My editor yells, "Would you please stop talking about Paddington!"]

Right. Well. I'll just stop there, shall I?

God Save The Queen. (And Paddington.) 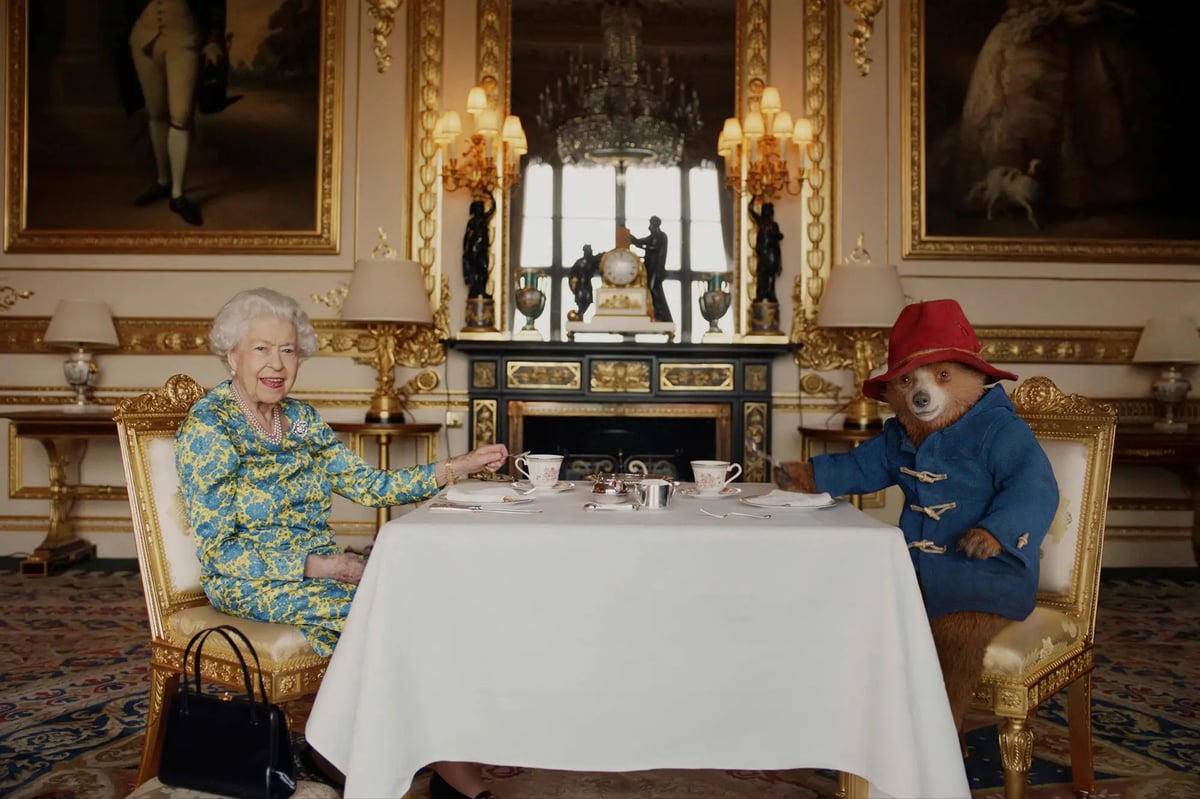 V
veronicae a month ago

Reply
Upvote
1 upvotes
What an enjoyable read. Thank you