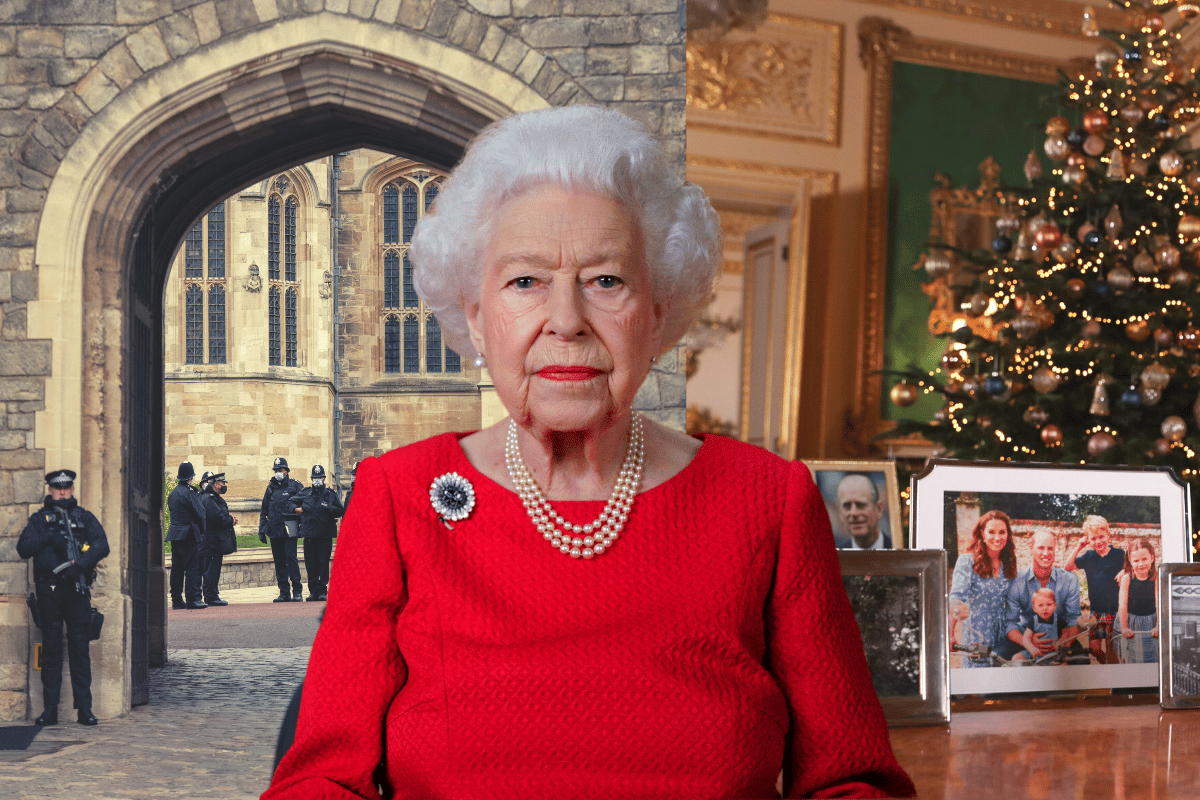 This Christmas season has been quite challenging for a lot of us, those who are missing loved ones that have passed, or those who have been  impacted by COVID in some capacity.

And Queen Elizabeth's Christmas address reflects this current sentiment: that although Christmas is often a time of great happiness, it also can be a reminder of what's been lost.

"This year, especially, I understand why," the Queen shared.

It's fair to say 2021 has been pretty overwhelming for the royal family too. 2021 has included the death of Prince Philip, further reports of rifts between family members and even an armed intruder attempting to "assassinate" the Queen on Christmas Day: reminiscent of the 1982 intruder story.

Watch: The Queen at Prince Philip's funeral. Post continues below.

An armed man attempted to break into Windsor Castle.

Christmas Day got off to a very bad start for the Queen.

An armed man broke into the grounds of Windsor Castle, where the Queen is spending the festive period, around 8:30am local time.

British police responded to the security breach swiftly, arresting the 19-year-old man from Southampton on suspicion of breach or trespass of a protected site and possession of an offensive weapon. The Sunday Mirror said the arrest came after security controllers monitoring CCTV spotted a man carrying what appeared to be a crossbow.

The Mail on Sunday said sources suggested the man was armed with a crossbow and used a rope ladder to scale a metal fence. The 19-year-old is now being held under the UK's Mental Health Act.

The Sun has obtained a video of the alleged suspect holding a crossbow hours before the incident, announcing he would "attempt to assassinate Elizabeth, Queen of the Royal Family".

Thames Valley Police Superintendent Rebecca Mears said: "An investigation is ongoing following this incident and we are working with colleagues from the Metropolitan police.

"We can confirm security processes were triggered within moments of the man entering the grounds and he did not enter any buildings. Members of the royal family have been informed about the incident." 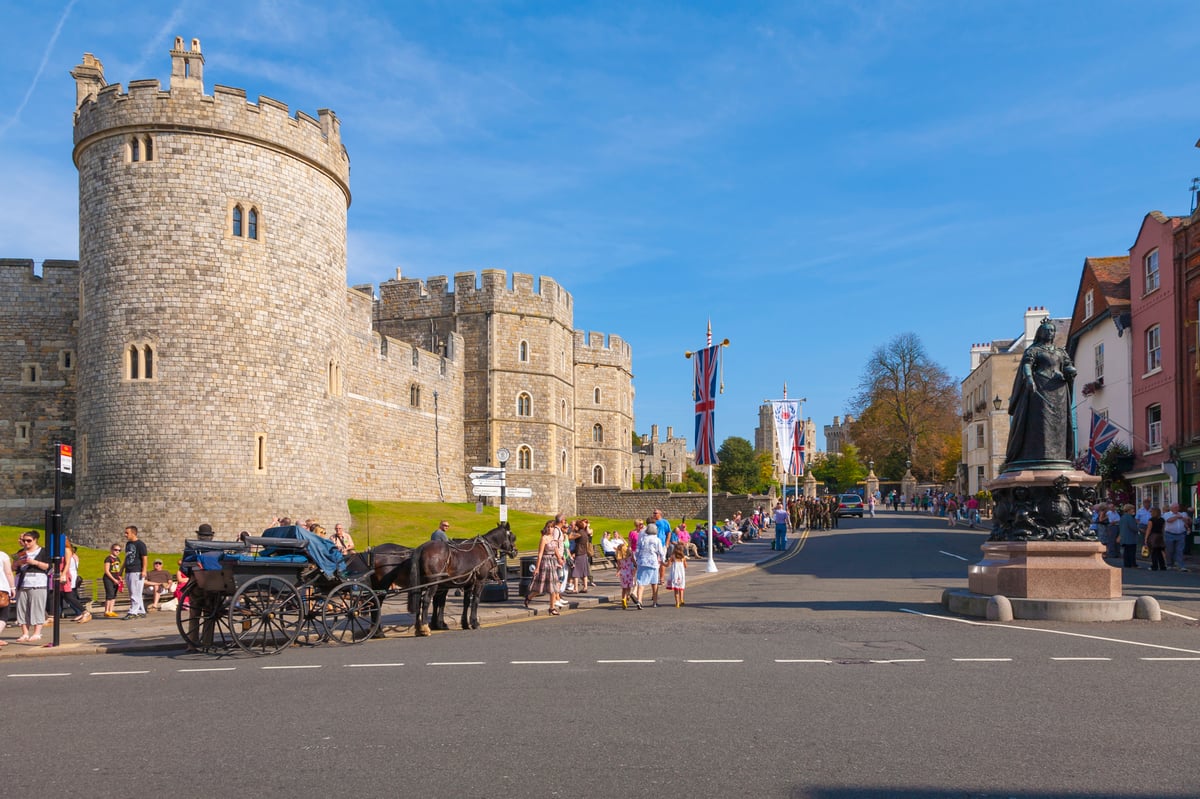 In her Christmas Day address, the Queen movingly spoke about her late husband Prince Philip. She also empathised with families who are missing loved ones this festive season.

"Although it's a time of great happiness and good cheer for many, Christmas can be hard for those who have lost loved ones. This year, especially, I understand why," she said in her speech.

"But for me, in the months since the death of my beloved Philip, I have drawn great comfort from the warmth and affection of the many tributes to his life and work - from around the country, the Commonwealth and the world."

The Queen also fondly looked back at her relationship with Prince Philip, saying the "mischievous enquiring twinkle" in his eyes were "as bright at the end as when I first set eyes on him." 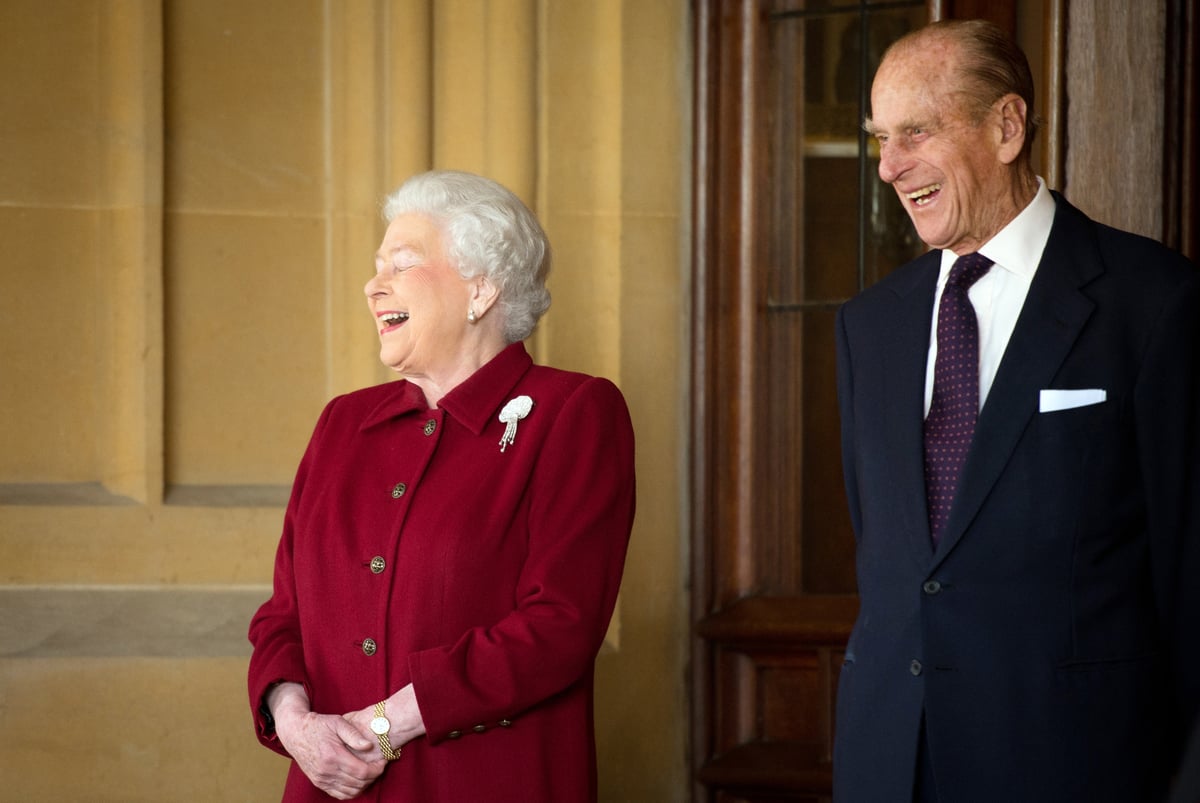 Image: Getty. The Queen also acknowledged the impact of COVID during Christmas, something not only felt by those in the UK, but across the world: including Australia.

"While COVID again means we can't celebrate quite as we may have wished, we can still enjoy the many happy traditions," she said.

"Be it the singing of carols, decorating the tree, giving and receiving presents, or watching a favourite film where we already know the ending, it's no surprise that families so often treasure their Christmas routines. I see it in my own family and it is a source of great happiness."

Reports from royal experts suggest that some of the royal traditions include a game of charades after Christmas lunch as well as an exchange of jokey gifts, according to the Queen's nephew Viscount Linley.

"Perhaps it's truer to say that Christmas can speak to the child within us all," the Queen noted. "Adults, when weighed down with worries, sometimes fail to see the joy in simple things, where children do not."

The Queen’s Christmas Message, which is broadcast to the 52 states in the Commonwealth, has been a running tradition for 88 years. 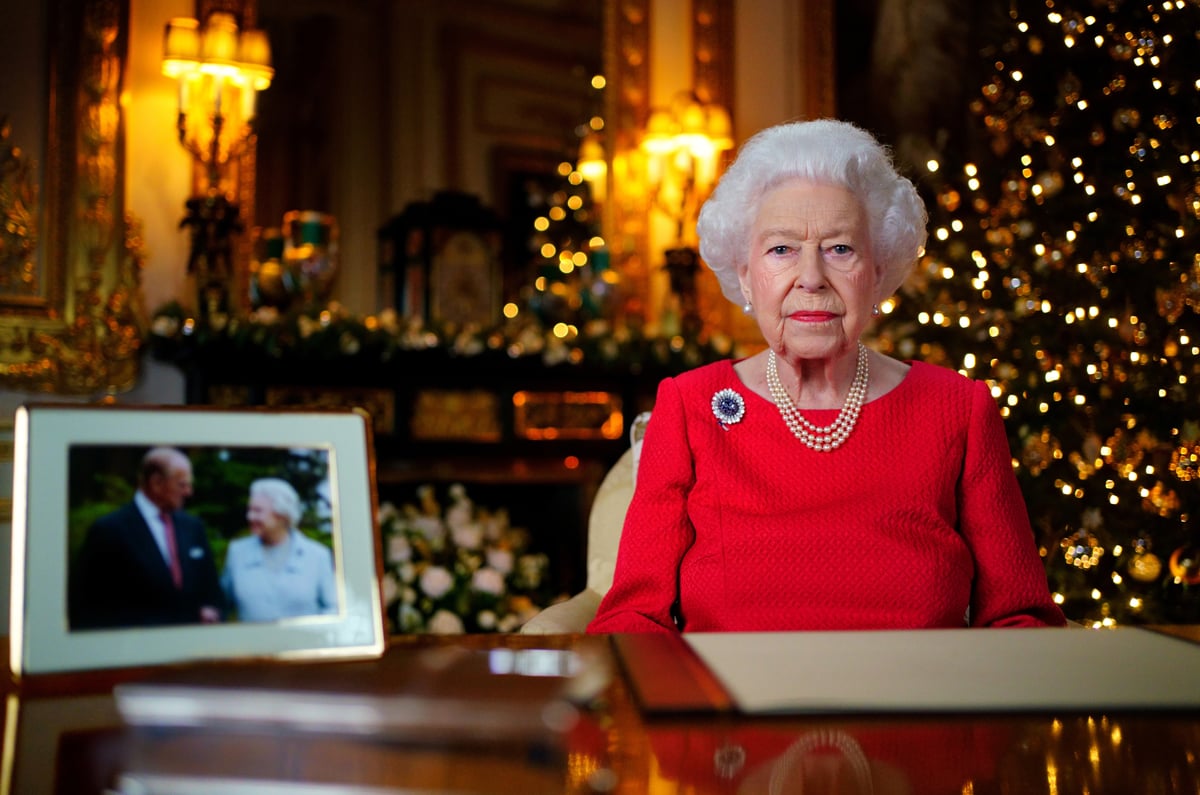 The Queen spent Christmas Day at Windsor Castle, having lunch with the Prince of Wales and the Duchess of Cornwall.

It was confirmed the Queen's daughter Princess Anne would not be in attendance after her husband tested positive for COVID.

The news comes as the Queen cancelled her annual pre-Christmas lunch for the royal family last week, for the second year in a row due to concerns over rising COVID cases.

This Christmas marked the first holiday occasion without Prince Philip.

Listen to Mamamia Out Loud. Harry, William And The Sad Queen Meme. Post continues after audio.

As for Kate Middleton and Prince William, they chose to follow the royal age-old tradition of going to Sandringham for Christmas, joined by Middleton's parents.

On Christmas Eve, Middleton's performance on the piano accompanying singer Tom Walker was broadcast on ITV, playing at Westminster Abbey.

Tom Walker said of the performance, "It's not easy to just jump behind a piano with a bunch of musicians you've never played with before and record live takes to camera, but she completely nailed it."

Watch the full performance on our YouTube channel: https://t.co/twi2NplxNv pic.twitter.com/4HwGUMvPKe

— The Duke and Duchess of Cambridge (@KensingtonRoyal) December 24, 2021

As for Meghan Markle and Prince Harry, the pair spent their Christmas at home in California.

The couple this week shared the first photo of their daughter Lilibet on their new holiday card, saying: "This year, 2021, we welcomed our daughter, Lilibet, to the world. Archie made us a 'Mama' and a 'Papa', and Lili made us a family."

"It's Harry's [third] Christmas away from England, and Meghan wants to make sure it's special for everyone," an insider told PEOPLE. "They are creating their own traditions at their new home. They are so happy. This baby solidifies that they are creating roots here in the States."

Reply
Upvote
This was super awkward- no need to be the centre of attention when you cant really play & there are professionals who would be overjoyed to get the gig.
C
chrissyinthemiddle 19 days ago