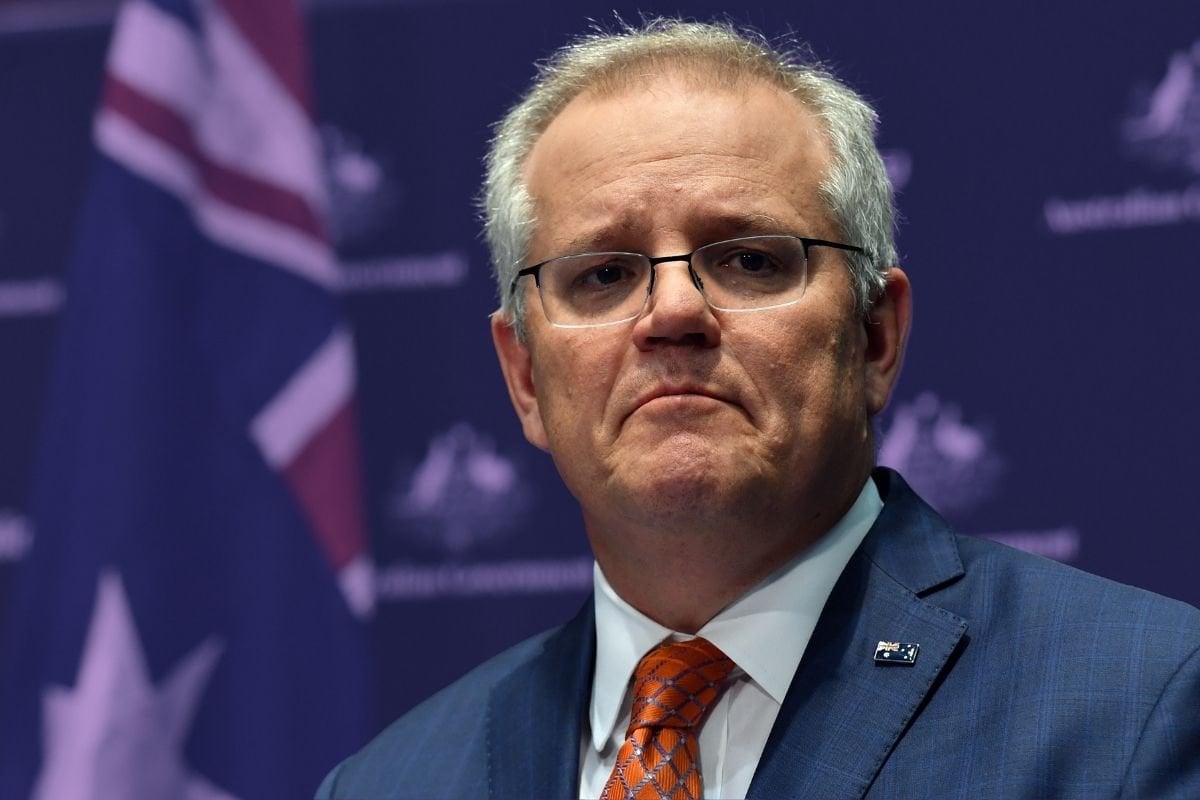 This week, while discussing the distressing story of the 13 Australian women who had their genitals examined in Doha airport without proper consent or explanation, Prime Minister Scott Morrison condemned the behaviour of Qatari officials.

"It was appalling," he told reporters in Canberra on Wednesday after being asked about the October 2 incident.

"As a father of daughters, I could only shudder at the thought that anyone would, Australian or otherwise, be subjected to that," he continued.

What Morrison failed to realise, while rightfully condemning the terrifying and intrusive strip search that saw women of childbearing age dragged off a plane and onto the tarmac to waiting ambulances for inspection, was that it shouldn't take 'making' a woman to have empathy for them.

Being a "father of daughters" shouldn't be the reason you find the Qatari authorities' tactics deplorable.

And yet that's what he said.

Read: 13 Australian women had their genitals examined at Doha airport. This is what we know.

But he's far from being the first person to say it, and he won't be the last. Unfortunately, it's a familiar trope wheeled out by a number of high-profile men when asked about incidents of sexual violence or harassment against women.

Of course, giving Morrison the benefit of the doubt, it's likely he didn't necessarily realise how his phrasing could be interpreted. After all, there are plenty of archaic sayings we use in our vernacular without a second thought, like when we declare that a 'female police officer' has arrested a criminal, but drop the 'male' and just say 'police officer' for the opposite gender. Or the way someone might innocently inquire, "who wears the pants in your relationship?" suggesting that it's 'usually' a man who is in charge.

They're all comments born out of being raised in a society still in the infancy of truly breaking away from misogynistic norms.

But the sad truth is Scott Morrison's comments are an unwelcome, uncomfortable reminder of how far we've still got to go.

As news of Harvey Weinstein's crimes against women broke in 2017, the emergence of 'men with daughters' reared its head on a significant scale. 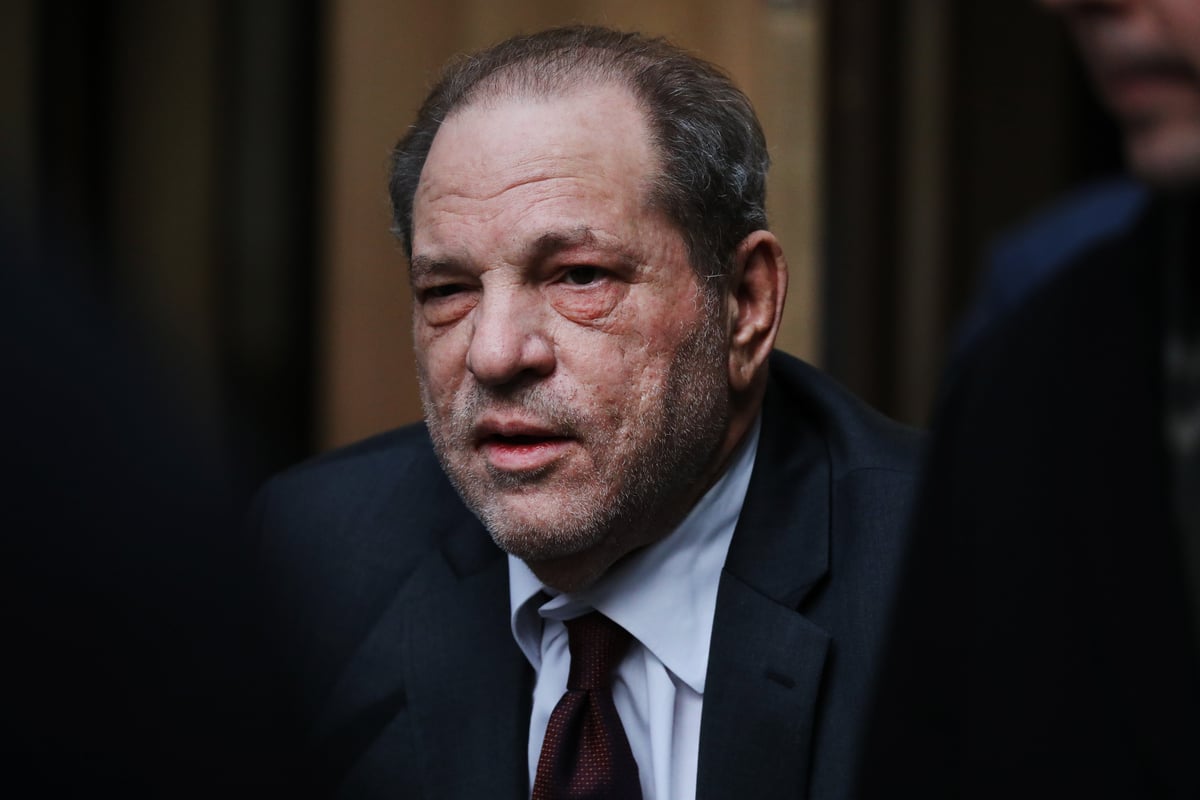 In 2017, the "fathers of daughters" were quick to condemn the allegations being levelled at Harvey Weinstein. Image: Spencer Platt/Getty.

As the stories of Ashley Judd, Gwyneth Paltrow, Angelina Jolie and Rosanna Arquette broke, New York governor Andrew Cuomo reminded his constituents, "I have three daughters. I want to make sure at the end of the day, this world is a safer, better world for my three daughters."

Actor Matt Damon did the same.

"Look, even before I was famous, I didn’t abide this kind of behavior. But now, as the father of four daughters, this is the kind of sexual predation that keeps me up at night. This is the great fear for all of us. You have a daughter, you know…," he told Deadline when asked about Weinstein's pattern of harassment.

But your partner giving birth to a baby girl shouldn't be the moment you suddenly develop a moral compass.

Do you really need a daughter, or a wife, or a sister, or a girlfriend to feel sickened and horrified by an act of sexual violence or harassment against a woman? Do the women outside of your bubble not deserve the same respect? 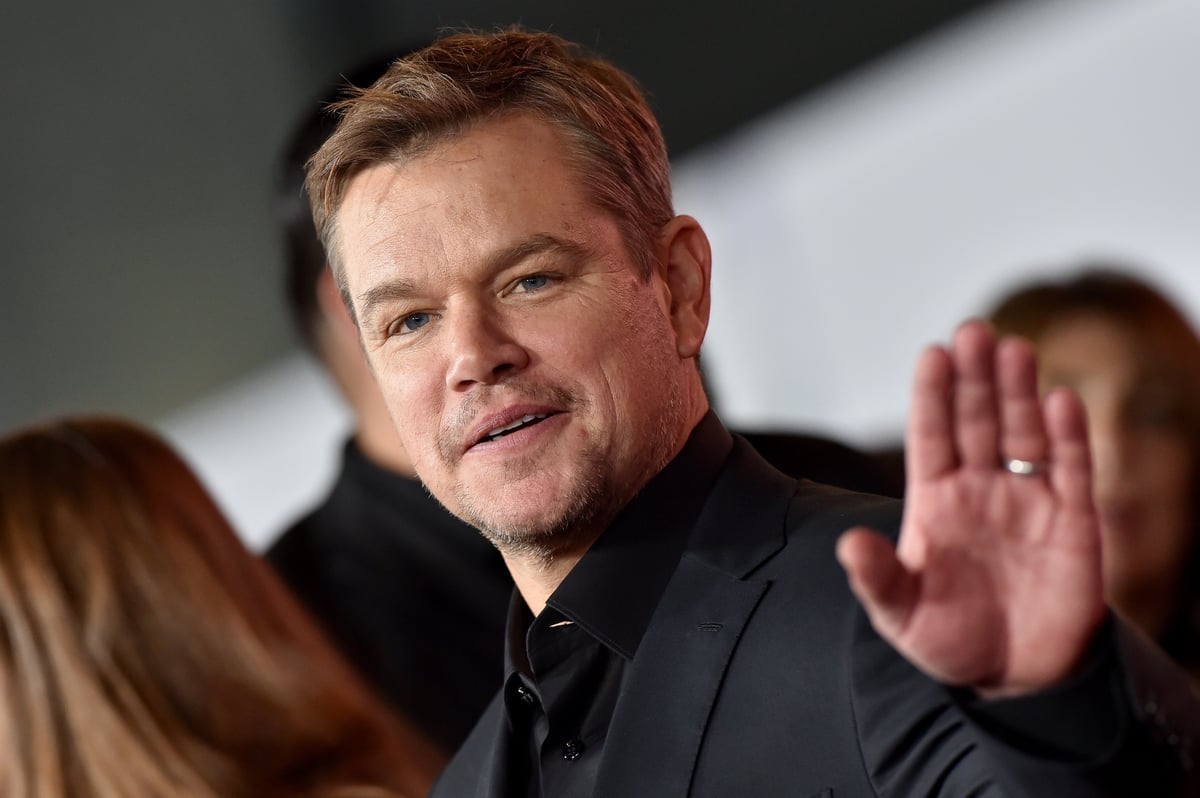 In case it wasn't clear, women do, in fact, exist outside their relationships with men, and they are deserving of respect, equality, and basic dignity regardless of those relationships.

In 2016, the same phrase was wheeled out to condemn now-President Donald Trump.

"As the father of three daughters..." US Senate Majority Leader Mitch McConnell said, as Trump was exposed on tapes bragging about groping women.

"As the father of three daughters..." echoed Fox News commentator Geraldo Rivera the same year, after his company's CEO, Roger Ailes, was accused by multiple women of sexual harassment.

For years and years men have whipped out the same line, seemingly oblivious to what it suggests.

Do they not realise that the whole premise of a "father of daughters" argument suggests that it takes fathering girls to truly sympathise with women?

We're giving you the benefit of the doubt, Prime Minister Morrison.

But as a human, not a father, you should shudder at the thought of an unwelcome invasion of a woman's genitalia.

A concern for women's safety and wellbeing should be a matter of conscience, not parenting. And boys and men need to understand that the inequalities experienced by women are worth fighting against, even when those women are nothing like your daughters.

R
random dude a year ago
Reply
Upvote
1 upvotes
Holy mackerel did this blow up to supernova levels or what?
I don't have enough butter and popcorn in my locked down Melb joint to keep up, but I'm trying.
As a reader of blogs, I'm worried about being a reader of blogs now for what they convey about my inner motivations.
A
anonymous a year ago
Reply
Upvote
"As a father of daughters, I could only shudder at the thought that anyone would, Australian or otherwise, be subjected to that," he continued.
Scomo, women and girls are subjected to this every day in this country, by men known to them as well as strangers. You do nothing real to stop this which makes you a hypocrite. Let's hope your daughters don't marry an insecure male.
News
General
Opinion
True Crime
Politics
Sport
Explainer
Entertainment
Celebrity
Reality TV
Movies
TV
Books
Rogue
Royal
Lifestyle
Beauty
Fashion
Weddings
Home
Wellness
Health
Fitness
Travel
Food
Parents
Before The Bump
Pregnancy
Baby
Kids
Teens
School
Parent Opinion
Work & Money
Money
Finance
Career
Lady Startup
Relationships
Sex
Dating
Separation
Friendship
Family
Real Life
Couples