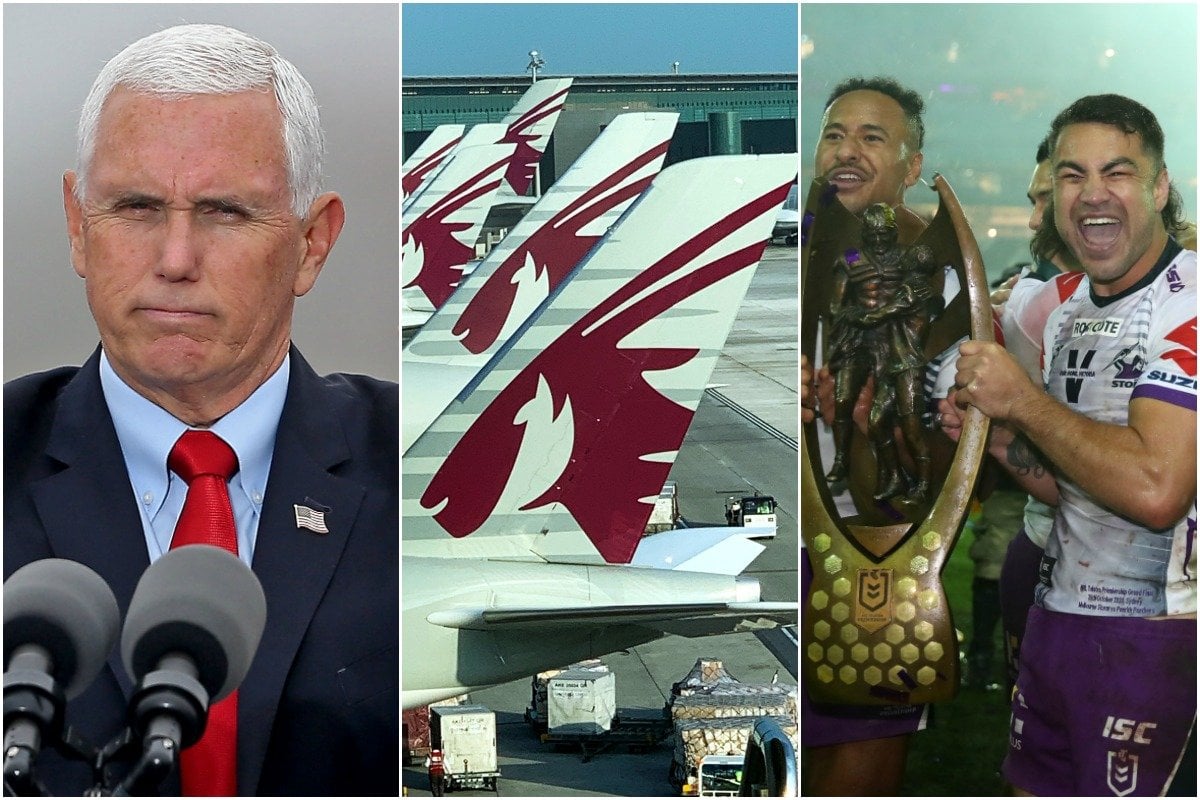 Victoria has recorded no new cases of coronavirus overnight and no deaths, the first official day of zero cases in the state since early June.

Yesterday there were no new cases and no lost lives reported. Cases with unknown source are down, as is the 14 day rolling average in Melb, this remains stable in regional Vic. There is more info here: https://t.co/eTputEZdhs#COVIDVicData pic.twitter.com/CcLKzwPQHk

This means Melbourne's 14-day average has dropped to 3.6. The regional average is zero.

Despite the incredible figures, yesterday marked the second Sunday in a row the Victorian premier fell short of expectations, delaying an announcement on loosening the lockdown for up to two days.

Business groups were unimpressed, as was the Morrison government.

"This is a profound disappointment," Prime Minister Scott Morrison said in a joint statement with Treasurer Josh Frydenberg and Health Minister Greg Hunt.

They said the Victorian government had stated that they had significantly improved their contact tracing capabilities to deal with any future outbreaks. 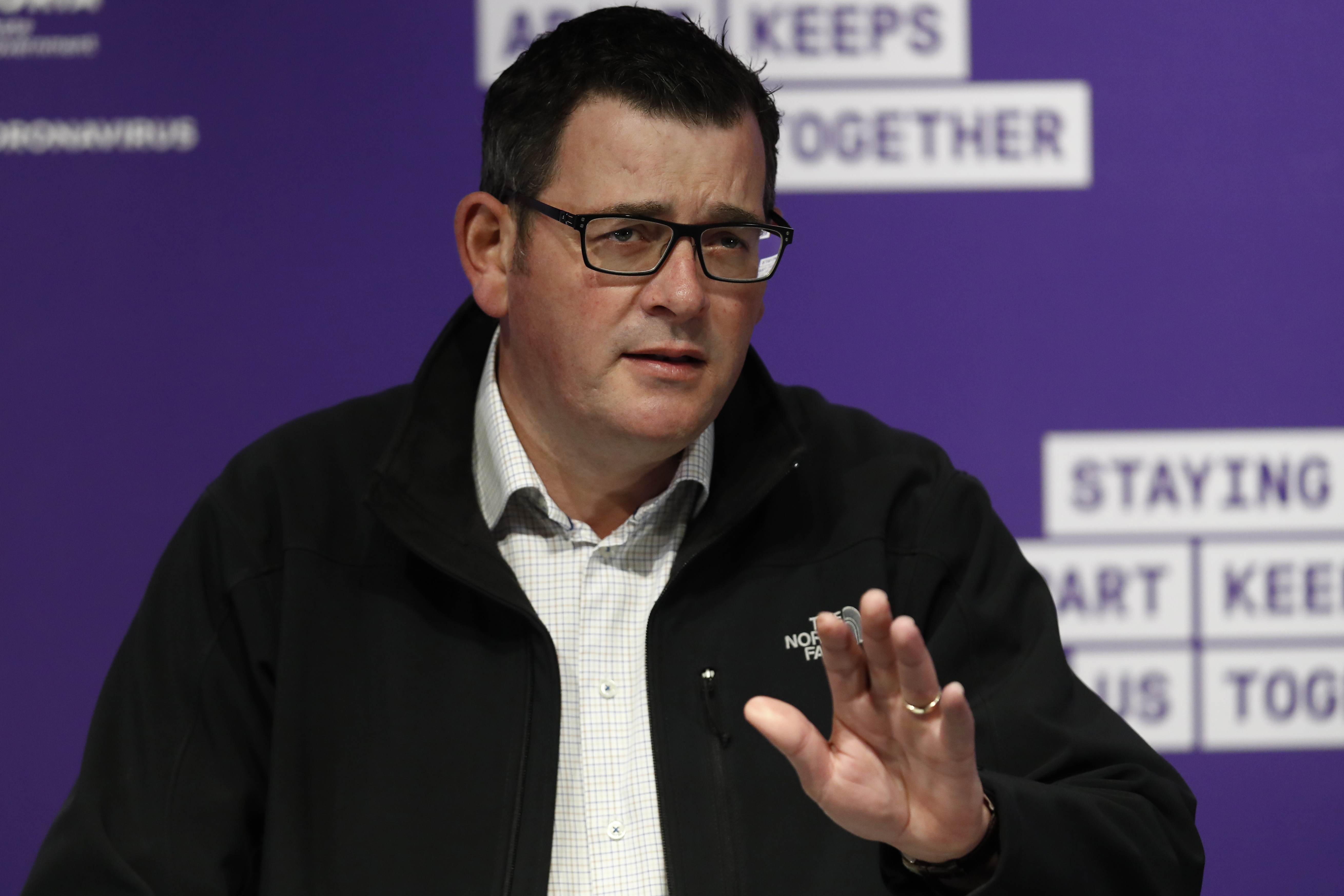 Daniel Andrews is under intense scrutiny for "dangling the carrot" to Victorians, only to "produce a stick." Image: Getty.

"If this is the case, then we strongly encourage the Victorian government to rapidly take the next steps to implement the National Framework and mirror the NSW COVID Safe restrictions for the sake of health, mental health and halting the loss of more than 1000 jobs per day," the statement said.

But Mr Andrews insists the state is still on track to have an opening before November 1.

Victorian health authorities are waiting on results of about 1000 swabs after 3000 people were tested over an outbreak in Melbourne's north.

Victoria reported seven new cases on Sunday (from Saturday's tests), with six linked to the concerning outbreak in the city's north which involves 39 people across 11 households.

Read: "You dangled a carrot in front of Victorians." What we learnt from Daniel Andrews' press conference.

The federal government is looking into allegations that female passengers, including 13 Australians, on a Qatar Airways flight to Sydney, were ordered to undergo involuntary medical inspections after a baby was found in an airport terminal bathroom.

A statement from Hamad Airport confirmed the baby is safe and is receiving medical care.

Staff are accused of detaining the women on the tarmac with an ambulance, forcing them to remove their underwear and have their genitals examined, without being told why.

The Department of Foreign Affairs and Trade is investigating, and in a statement to 9News, registered their "serious concerns regarding the incident."

The news, just nine days before the November 3 election in which Democrat Joe Biden is challenging Republican President Donald Trump, kept the pandemic front and centre in the presidential race.

The White House cited Pence's status as an "essential worker" as justification for his travel despite exposure to his chief of staff, Marc Short, who tested positive on Saturday.

Multiple other senior aides to Pence also tested positive for COVID-19, the White House chief of staff said, as new nationwide infections soared to record numbers in recent days amid a pandemic that has killed 225,000 Americans.

The new infections offered a reminder of the way Trump - who was hospitalised for three nights this month after contracting COVID-19 - and those around him have downplayed the advice of public health experts to wear masks and observe social distancing guidelines.

In addition to dominating the campaign policy debate - with Trump insisting the United States is "rounding the turn" on the crisis while Biden has blasted Trump's disjointed response - the pandemic has changed Americans' voting habits, with 58.7 million ballots already cast.

NRL and AFL grand finals played amid weekend of rain and restricted crowds.

40,000 NRL fans braved the rain and the coronavirus risks to fill Sydney's ANZ stadium on Sunday night to watch Melbourne claim their fourth premiership with a 26-20 victory over Penrith.

COVID-19 restrictions meant the league could only allow for half of the 83,500 capacity site, with over 50 protesters forced to move on by a riot squad in the driving rain prior to the game.

On Saturday, Brisbane's Gabba was hit with a torrential downpour just hours before the AFL Grand Final, flooding parts of the grounds and the streets outside.

It was the first time the AFL decider has been held outside of Melbourne, with Richmond beating Geelong 81-50 in the final score.

Ash Barty presents the premiership cup to the Richmond Tigers. 🏆🏆🏆

Traditionally today would be 'Mad Monday' for the teams, but thanks to COVID-19, and a string of controversies from previous years, the often raucous and controversial celebrations have been cancelled.

Tasmania has opened its borders to most of mainland Australia, marking the first time in seven months people from interstate can arrive without having to quarantine.

Tasmania has opened its borders to most of mainland Australia, marking the first time in seven months people from interstate can arrive without having to quarantine.https://t.co/cZrqJR6gBX

Tasmania was the first state or territory in Australia to close its borders in March and has gone more than 70 days without recording a new case.

Health Minister Sarah Courtney says the state government has faith in its contact tracing processes and the preparedness of aged care homes.

All arrivals at airports and sea ports will be health screened and anyone with virus symptoms will be tested and ordered into quarantine until their result is known.

NSW Health is continuing to urge people to get tested for COVID-19 as the state recorded its third day in a row without any locally acquired cases.

For a third consecutive day, NSW has reported no new cases of locally transmitted #COVID19 in the 24 hours to 8pm last night. Of the seven new cases all were acquired overseas and are now in hotel quarantine. pic.twitter.com/zPfETq04xo

"It's vital that you come forward for testing right away if you have even the mildest symptoms, like a runny nose, scratchy throat, cough, fever, or any other symptoms that could signal COVID-19," NSW Health's Dr Christine Selvey said on Sunday.

NSW Health said testing is "particularly important" for residents in southwest, west, and southeast Sydney, given there have been recent locally transmitted cases in those areas.

Seven cases were reported in overseas travellers in hotel quarantine in the 24 hours to 8pm on Saturday, bringing the state's total number of cases to 4193.

A 59-year-old man is in a critical condition after being bitten on the leg by a shark while spearfishing on the Great Barrier Reef.

He was attacked at Britomart Reef, about 150km north of Townsville, about 12.20pm on Sunday before being flown to hospital.

The man, from South Mission Beach in north Queensland, was out on the reef with a group of people, who brought him back to shore.

Listen: Why have so many Aussies died from shark attacks in 2020?

He was initially treated by paramedics at a boat ramp.

The reef is a popular spot for snorkelling and spearfishing.

A 36-year-old man died in July after being bitten on the leg by a shark while spearfishing at Fraser Island in southeast Queensland.

Prince Andrew wants back in on royal duties.

Prince Andrew is plotting a return to public duties to “serve his country” — even as his ties to convicted pedophile Jeffrey Epstein remain under investigation.

Andrew, 60, was dumped from royal duties in late 2019 over a BBC interview he gave about his ties to Epstein and Ghislaine Maxwell who is in prison awaiting trial for sex trafficking charges.

“The duke is spending time working out how he can serve his country and support the monarchy in the future,” a source told the Sunday Times, saying he is “thinking about his future service and public role.”

The Duke of York intends to return to public duties and “serve his country” again, claiming he has the Queen and the royal family’s backing https://t.co/t1b4ezhyaE

“He feels he has support from the family, very much so, including all his siblings and his parents,” the source said.

US authorities have repeatedly accused Andrews of avoiding interviews about Epstein.

- Spain has declared a second nationwide state of emergency as the country reports more than 20,000 new cases daily.

- Almost 280 protestors have been detained in Warsaw, Poland, during violent demonstrations against coronavirus restrictions.

- India's daily coronavirus cases have dropped to 50,000, maintaining a downturn in the past few weeks.

- Pope Francis has named 13 new Roman Catholic cardinals including nine under the age of 80 who are eligible to enter a conclave to elect his successor after his death or resignation.

Reply
Upvote
The women in Qatar were sexually assaulted. Calling it 'involuntary medical inspection' isn't doing justice to the crime these women were victim to. It makes me feel physically ill.
G
gu3st 2 years ago