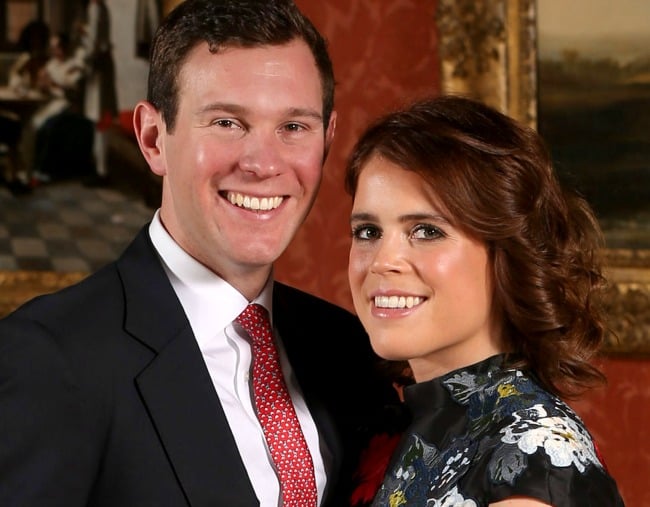 Princess Eugenie is the next royal to be celebrating her wedding. And just like for her cousins Prince William and Prince Harry, a set of collectable wedding china has been designed for the public to celebrate her big day on October 12.

But royal fans soon noticed one odd detail in the Princess of York’s wedding memorabilia – the groom’s initial is missing.

While the 32-year-old wine merchant's name does appear on the inside rim of the cup and underside of the plate, it has struck many people as odd that his initial isn't sitting alongside his fiancee's.

"Where the groom?" one social media user asked.

According to UK newspaper the Daily Express there's a simple explanation for the groom's absence, and it all comes down to royal protocol.

You see, the crown symbol on the memorabilia, known as a royal coronet, cannot appear above the name or initial of a man marrying a female member of the royal family - but it can for a woman marrying a Prince, as the case was for Meghan and Kate.

Still, why they couldn't omit the crown symbol instead of the groom's initial isn't exactly clear to us.

Profits from the commemorative collection - which includes a $45 mini teacup and saucer - will go to the Royal Collection Trust charity, which preserves the royal family's art and artefacts.

Would you buy royal wedding memorabilia?