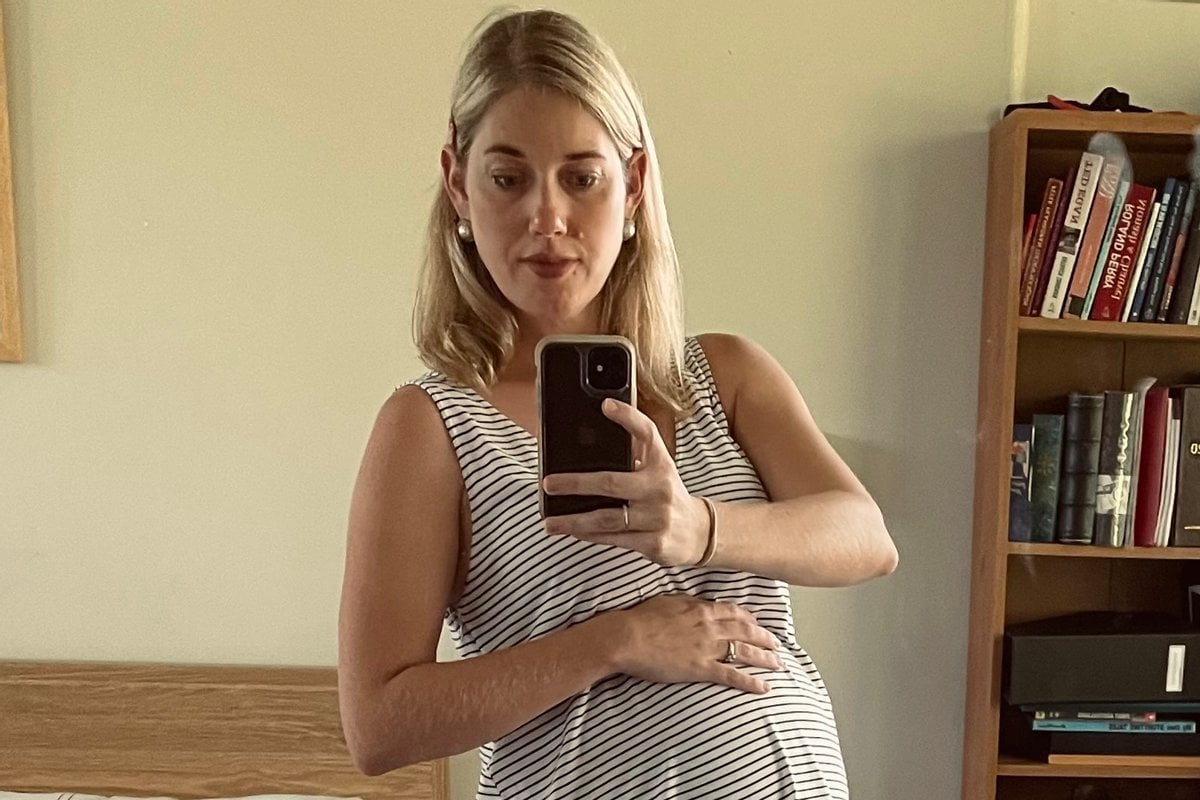 When the obstetrician scanning my stomach kindly said, "I hope you’ve always wanted a big family..." I had a moment of disconnection. This would be my third pregnancy and I paused before saying, "Yes, these days three is probably considered a big family".

He stopped and emphatically stated, "You’re having twins".

"You’re joking?" I replied. He deadpanned back, "I never joke about twins."

From that first scan at seven weeks we started on the multiple birth rollercoaster of increased morning sickness, exhaustion and the inevitable questions.

When you tell anyone you are having twins, there are a series of questions that are asked with clockwork predictability. But there is only one that really bothers me.

1. Do twins run in your family?

This question is asked by everyone.

Colleagues, friends, family, parents at school pick up, people in supermarkets, the post office and day-care. Even I’ve asked it, before I realised how potentially imbued the question can feel. We are naturally curious about this mysterious miracle – two babies for the price of one.

But also, the question is a loaded gun. For some parents hoping to have a first, second, third or fourth child, they warily look you up and down hoping they too could avoid your fate.

How can they sidestep this busy, difficult trajectory? I found this question unnerving because there is a small implied suggestion that perhaps all these shenanigans are your fault.

That you ruthlessly decided to spin that wheel of hereditary and you should have known better or expected it.

For us – while we have been asked the question many, many times the answer is the same. No, we do not have any familial history of twins – on either side. The two heartbeats surprised us too.

Pregnancy is a mysterious thing and perhaps instead of quizzing someone on their familial birthing history instead ask, "Were you surprised by the news?"

This often follows quickly after 'do twins run in your family' and it is a doozy. This is because by asking if the twins are 'natural' smacks those parents who are trying to conceive through assisted reproductive technology in the face.

It also challenges someone to potentially relive and discuss emotionally complex and challenging parts of their very personal reproductive journey.

If you have stood on the precipice of needing assistance to fall pregnant and then bravely taken the plunge into that murky domain, then somehow managed to fall pregnant with one, two or more babies - you do not have to justify how those heartbeats came into existence.

To those who are asking, this is quite simply none of your business. Wait for your friend, colleague, family member to share (or not) with you.

The gender question. With my first and second pregnancy, I wanted to know the sex - we'd had enough surprises.

But also, as a mother of two sons, I knew that this would likely be my final chance of having a daughter. I had hope – with two – that the odds were in our favour.

Anyone who has gone through the 20 week anatomy scan knows the hope and terror you feel as the sonographer checks the intricate details of your baby.

A something big enough that you are feeling the tiny flutters and kicks, but a something that is not considered viable if you were to give birth then. A neither here, nor there.

With twins, scans take longer – there are two babies after all. So when it was pragmatically stated that both my babies were boys, part of my heart broke. The part that had always imagined having a daughter. The part that remembered my own darling Mama and wanted to replicate that close adult relationship.

I grieved for an imagined future that I would never get.

Very quickly my heart transitioned to my new reality. Instead, my pathway was to hopefully have four wonderful sons. Any parent will attest that no two siblings are the same. That personalities are far more influencing than gender and that stereotypes about what ‘'boys like' and 'girls like' are limiting and outdated.

Listen to This Glorious Mess, a weekly look at parenting as it truly is: confusing, exhausting, inspiring, funny, and full of surprises. Post continues after podcast.

I am so lucky to have two sons already who are very different from each other. The eldest is a rule following, perfectionist, athlete who crawled at six months and can run, hit, jump and swim with ease. My youngest is a sensual, cheeky trouble maker. He loves telling long stories, eating sweet food and will always be our more 'cuddly koala'.

But it knocks the breath out of my lungs and the hormones of pregnancy make my eyes sting when people ask, "What are you having?" Their palpable dismissal of my would be sons as something that is less hoped for or less ideal than if there had been a daughter in the mix too. People ask and give their opinion freely. From telling me, "that’s a shame", to suggesting that I’ll have no one to go shopping with and to prepare myself that my sons will leave me for their adult wives and partners.

It is other #boymums who have been my wise counsel.

They are the ones who know the love and power of their sons. Who speak about raising strong boys to shift patriarchal constructions of expected and performed gender roles. My own grandmother birthed four sons and three of them grew to adulthood.

She was the queen of her home and "Mum" until she passed away at 94. Her sons were the ones who fought to honour her wishes to stay at home, who in the middle of the 2020 Melbourne COVID lockdown got her out of hospital, so she could pass away peacefully in her own bed. She died in a home that she had lived in for 70 years and they filled her room with sweet smelling daffodils from her beloved garden.

It is a sexist notion that sons do not have the emotional capacity to engage with their mothers beyond the experiences of childhood. We limit men and place unnecessary emotional burden on women when we suggest that these roles are fixed, innate or immutable.

There is no appropriate response to the gender question – if you must ask it – other than, "How wonderful, you are so lucky".

I acknowledge I am absolutely guilty of asking all of the above. But as with all things – know better, do better. Pregnancy and parenting can be hard enough. So, let’s show each other as much kindness as we can afford and think twice before asking questions that might unintentionally hurt, shame or grieve in the process of satisfying our own curiosity.

A
alcooa a month ago

Reply
Upvote
1 upvotes
I longed for boys. Busy, rough and tumble and loving. I’ve got a sister, but our relationship was never good. I had my boy, and if I have more, I pray they will be boys.
C
cat a month ago

Reply
Upvote
@alcooa boys can just as easily be quiet and sensitive though, a gender wont guarantee personality.
M
mamamia-user-680043716 a month ago