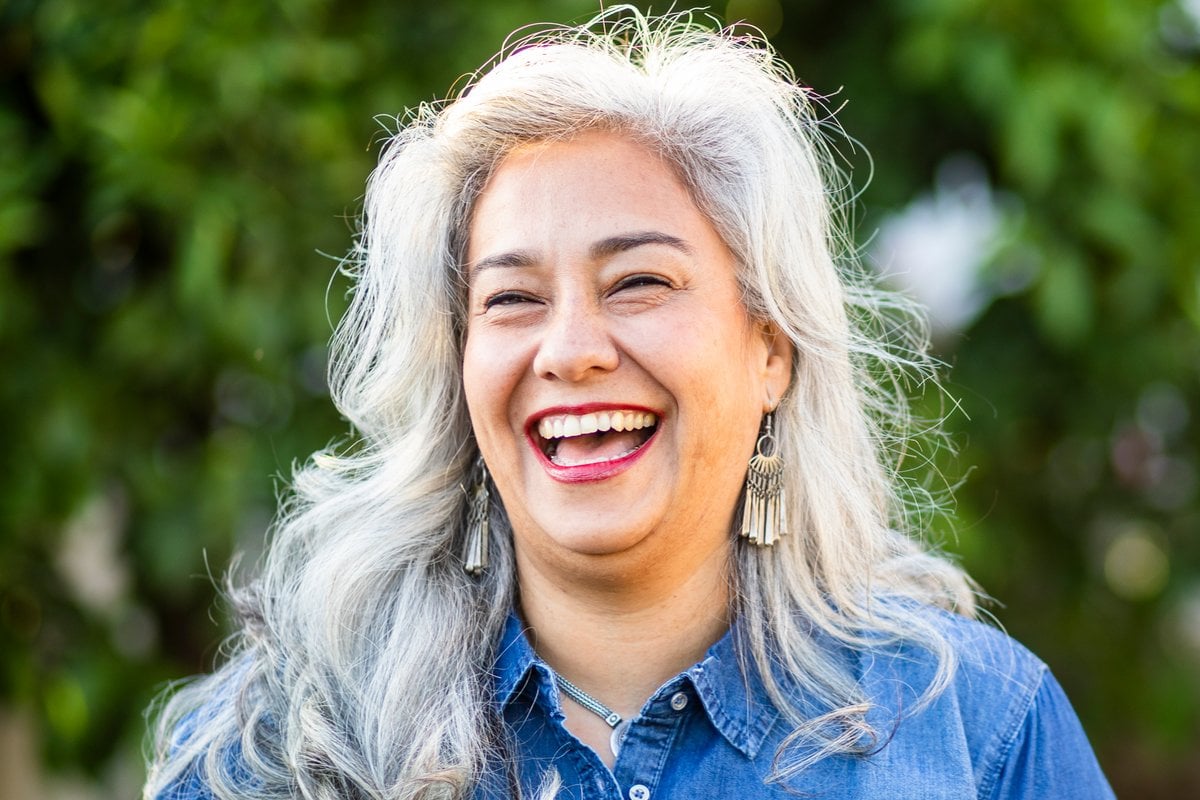 Apart from a few conversations about hot flushes and vaginal dryness, we barely seem to talk about all the crazy stuff that happens to a woman's peri-menopausal body. It's quiet out there. Really hush-hush.

And it's not 'cos there's nothing to talk about - there's LOTS of things to discuss. Like, there are things you didn't even know could happen to your body when you 'reach a certain age' (we're looking at you, hairy nipples).

This lack of conversation leaves so many women confused and uneasy not knowing what the hell is going on with their bodies. How s**t is that?

So, we decided to talk about it.

Listen: Three women talk menopause on the latest episode of Mamamia Out Loud. Post continues below.

From itchy skin, to dryness and mood swings that rival puberty — here are some of the most unexpected symptoms women experience during perimenopause.

"I was not prepared for overheating at night! I've always been cold and liked to cover myself in heavy blankets, but now I'm running much hotter. I've also gone from a C cup to an E cup. None of my old shirts fit right. I had the rod in my arm last year due to having my period every two weeks for 12+ weeks and a super heavy period."

"All over itchiness including bouts of hives. I take the Telfast with itching relief pretty much year round. Sometimes I wake up and I'm scratching."

"Increased body odour! And randomly the soles of my feet feel hot but they are cool to touch."

"The hot flashes have moved into night sweats. Also, dryness - EVERYWHERE! What even is this? And why was I not expecting it to be this hard!"

"Flooding to the point of having to get a hysterectomy, as well as restless sleep, night sweats and hot flushes."

"Losing my words - it's like baby brain but apparently it's a thing when you're in perimenopause. I keep stumbling over words. I can see a picture of it in my mind, but just can't... say it? It's very frustrating, especially in work situations. It makes me feel really stupid!" 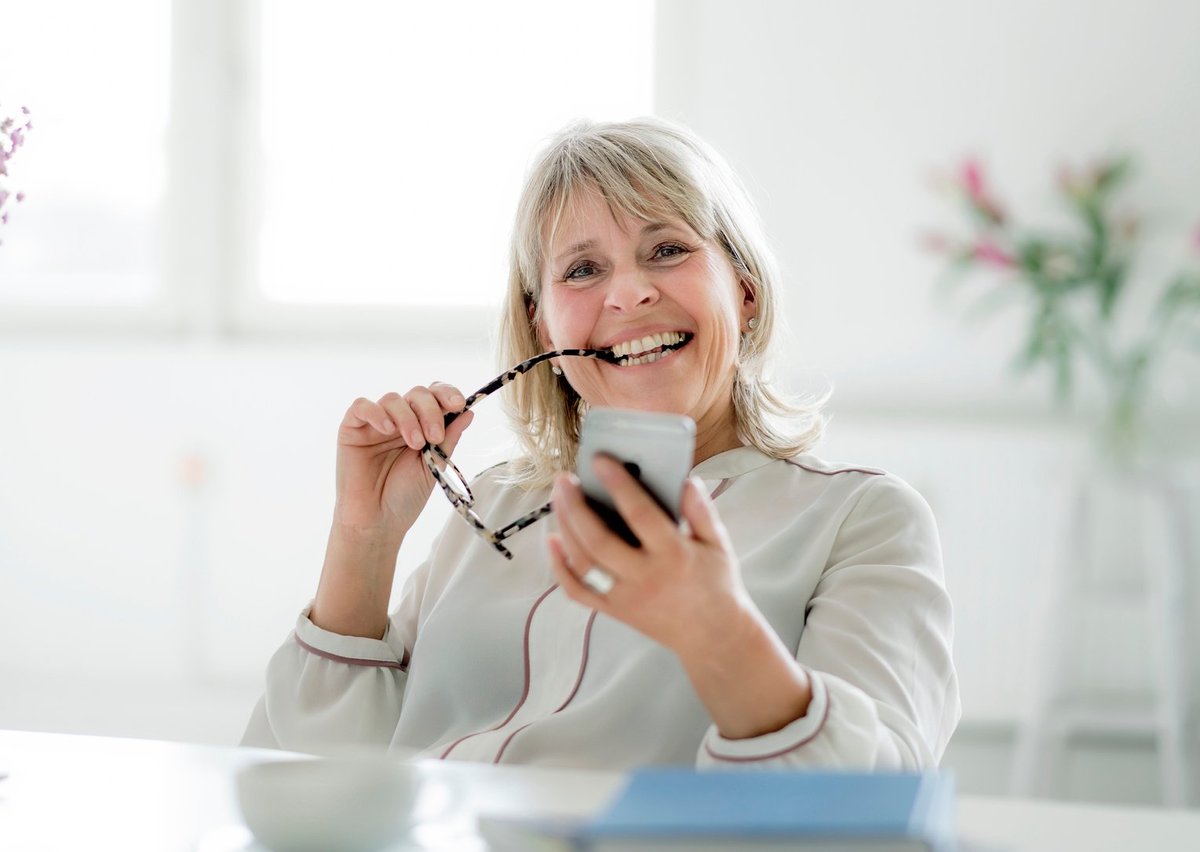 "I'm experiencing a lot of acne and rosacea - which I did not expect."

"I feel like every nerve ending is exposed and everyone annoys the crap out of me! Apart from a small minority, who also happen to be menopausal women - I can tell them to back off and they don't take any offence."

"Our. Teeth. Can. Move. One tooth of mine moved slightly, literally overnight. I asked my dentist, and she said casually, 'Oh yeah, we see this all the time in perimenopause and menopause'."

"Waking up in a pool of blood in bed... I really did not expect just how irregular my periods would be - and not even knowing when it's coming!"

"No one told me that the hot flushes were going to be so unbearably bad! Also, night sweats and bad sleep - the worst."

"There was a month last year where I could not get enough sex. And then that month ended as quickly as it began, much to my husband’s disappointment."

"Increased breast size and general weight gain especially around the stomach. I also experienced increased anxiety and insomnia, as well as low libido. It's a wonderful time of life!"

"My boobs are swollen and as hard as bricks. I'm waking up every two hours at night and have extreme sleep deprivation. I'm also getting tummy fluff, despite there being no change to my diet or exercise regime. Also, it feels like I'm having sex with sandpaper rather than a penis!"

"I didn't expect that I would completely lose my sleep! Since being perimenopausal I now only manage to get a couple of hours per night."

"As well as hot flushes, mood swings and depression, I've been experiencing weight gain, greying hair, brittle nails and I've been waking up every night between 2am to 4am. I've also noticed a loss of libido, dry skin and dry other things! SIGH."

"Forgetfulness, sore joints and insomnia. I'm also convinced there is an alien living inside my body that is slowly taking over..."

"For me, the complete lack of sex drive was pretty unexpected."

"I had the most sensitive and tender nipples! I couldn’t cross my arms or brush against anything. My husband was warned with physical torture if he even glanced at them. I had to wear a crop to bed so they wouldn’t rub against the sheets. It was the worst!" 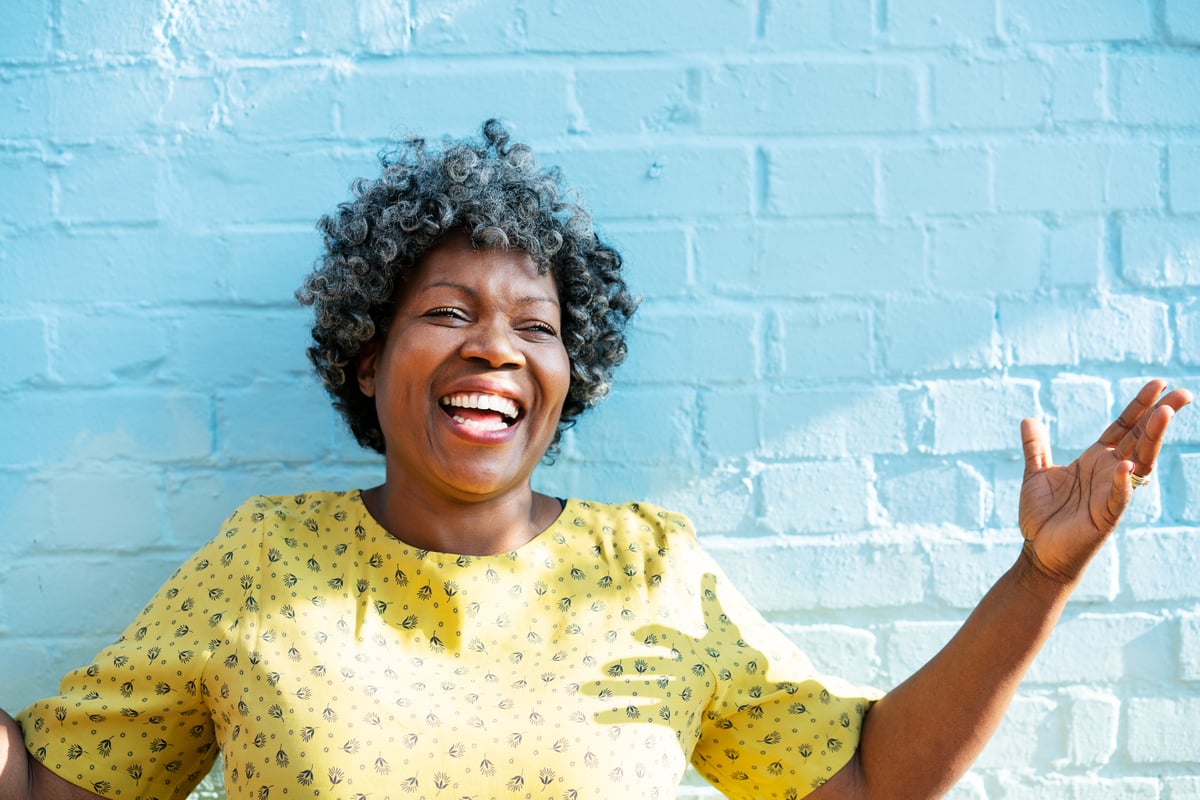 "So much unwanted hair growth in all the wrong places! Chest, nipples, chin, neck - ahh!"

"I'm experiencing a total lack of motivation and energy, brain fog and lots of crying. I've also noticed some hair thinning, lower libido (due to vaginal dryness) and skin changes everywhere - and I mean EVERYWHERE. Also, the weight gain on my tummy and chin!"

"I'm having heavy periods that a Mirena only partially helped. Also, panic attacks totally out of the blue. Lots of lovely things."

"I get hot flushes at all times of the day and night. Also, increased urinating and bladder control going out the window. Tiredness and lack of libido - that’s just to name a few things!"

"The sensation of prickly, tickly skin... it's like ants are crawling all over you. They call it 'formication' (which has nothing to do with fornication unfortunately!) - I kid you not!"

"My body odour definitely changed! All of a sudden my normal deodorant just didn't cut it, and since then (now I'm in menopause) it hasn't gone back the way it was."

"I experienced extremely painful periods. It was like I had endometriosis."

Reply
Upvote
I train lots of peri and post menopausal women and yes it can feel like your body is working against you, but you can see your way through. Seek help either with your GP or naturopath and clean up your diet and exercise. Boring as it sounds it really is a time to address your health, drink less alcohol, walk lots, lift weights and find a supportive circle of friends x

Reply
Upvote
2 upvotes
Wait, you think peri menopause is tough? Wait for the next phase... menopause!  All of the above and worse. For me, as a sole parent it wasn’t too bad until I tried to have sex again. OMG it was painful 😥 I was completely blindsided. Why wasn’t I warned? It was so unpleasant I decided to give it a miss. Not necessarily a bad thing, I transcended, but it’s a personal choice. Thank God/Goddess for vibrators, can’t speak highly enough of them, such lifesavers. If only they could dance and buy me drinks!
News
General
Opinion
True Crime
Politics
Sport
Explainer
Entertainment
Celebrity
Reality TV
Movies
TV
Books
Rogue
Royal
Lifestyle
Beauty
Fashion
Weddings
Home
Wellness
Health
Fitness
Travel
Food
Parents
Before The Bump
Pregnancy
Baby
Kids
Teens
School
Parent Opinion
Work & Money
Money
Finance
Career
Lady Startup
Relationships
Sex
Dating
Separation
Friendship
Family
Real Life
Couples