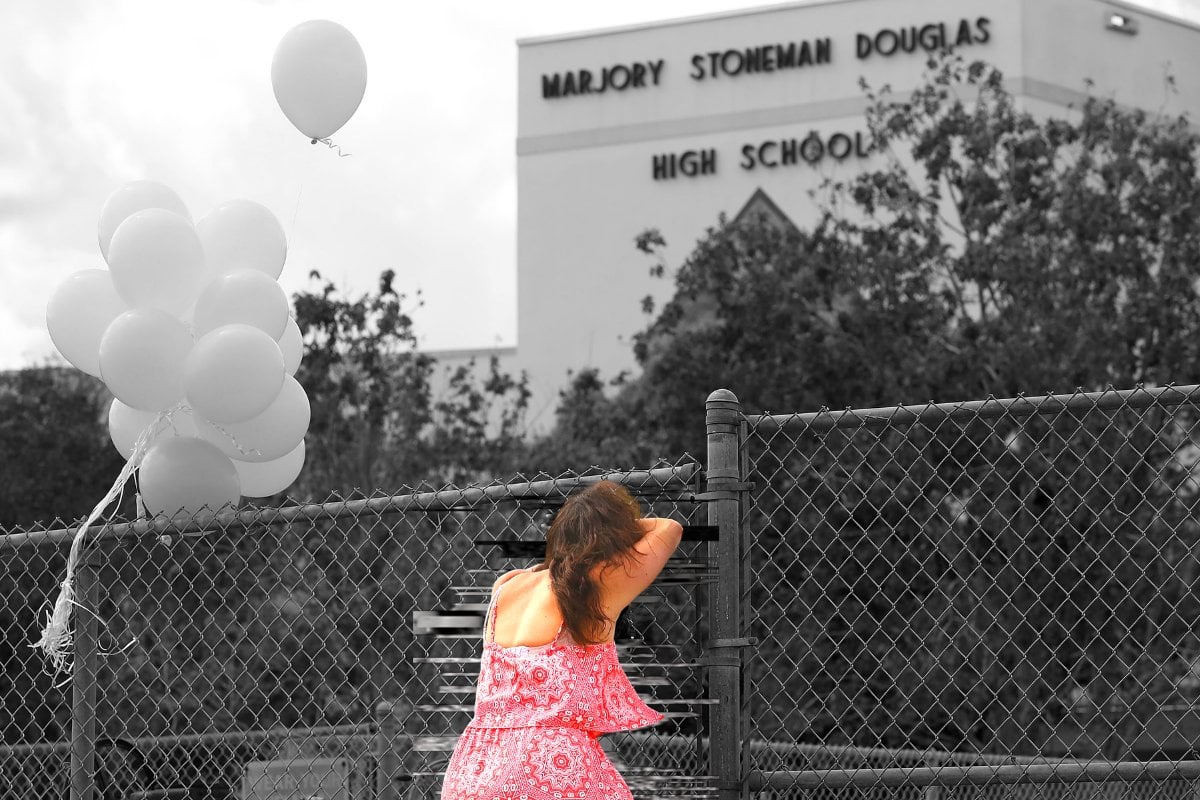 On February 14, 2018, Bill* text his dad in a panic, 100 per cent sure that the shooter currently loose in his high school was about to enter the classroom he was sheltered in.

Three-and-a-half years later, his dad doesn't believe any of it was real.

Physically, Bill* came out of the shooting at Marjory Stoneman Douglas High School in Parkland, Florida unscathed. But for years, he's lived with survivor's guilt and PTSD from the shooting, which ended the lives of 17 people, nine of whom were Bill's classmates.

Watch: The Marjory Stoneman Douglas students spoke up to the NRA after the 2018 shooting. Post continues below video.

Earlier in 2021, Bill was part of the final graduating class of survivors from that day.

All of that was tough enough. But since January, Bill's anguish has been exacerbated by a father who no longer believes that the shooting even happened.

Bill, who spoke to Vice under a pseudonym after sharing his story on Reddit, said his dad was anti-mask and anti-lockdown early in the pandemic, but that was as far as his beliefs went until this year.

In January, his dad fell further down a QAnon 'rabbit hole' after seeing a viral video of US politician and conspiracy theorist Marjorie Taylor Greene harassing another Parkland student, David Hogg. 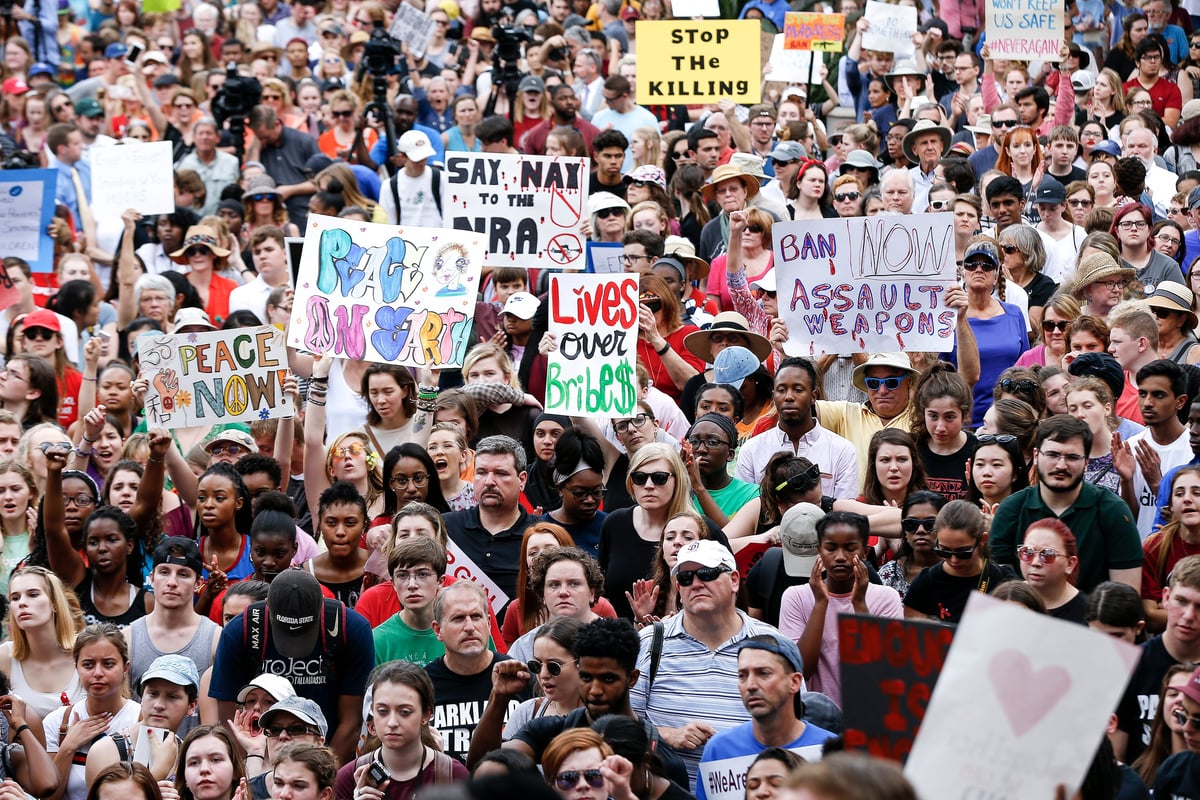 Hogg is one of the most outspoken Parkland survivors, who has led several high-profile protests, marches, and boycotts in support of gun control.

In the video, Green told Hogg the shooting was a 'false-flag' operation, a conspiracy theory that the shooting was set up or designed to look like it was carried out by another individual or group.

Maybe you should give Marjorie Taylor Greene a call https://t.co/xI3ngCaeCN

After that, Bill's dad became convinced that it was all a hoax: that Bill and his classmates were paid pawns in a grand conspiracy and that the shooter was a "radical commie actor".

"I think my dad has gone f***ing insane," Bill wrote in his post.

"It's going way too far and I have trouble processing the last five months. He's always been very conservative, but now QAnon has consumed his life to the point where it's tearing our family apart along with my mental health."

As an example of what his father said to him, Bill wrote: "You're a real piece of work to be able to sit here and act like nothing ever happened if it wasn't a hoax. Shame on you for being part of it and putting your family through it too." 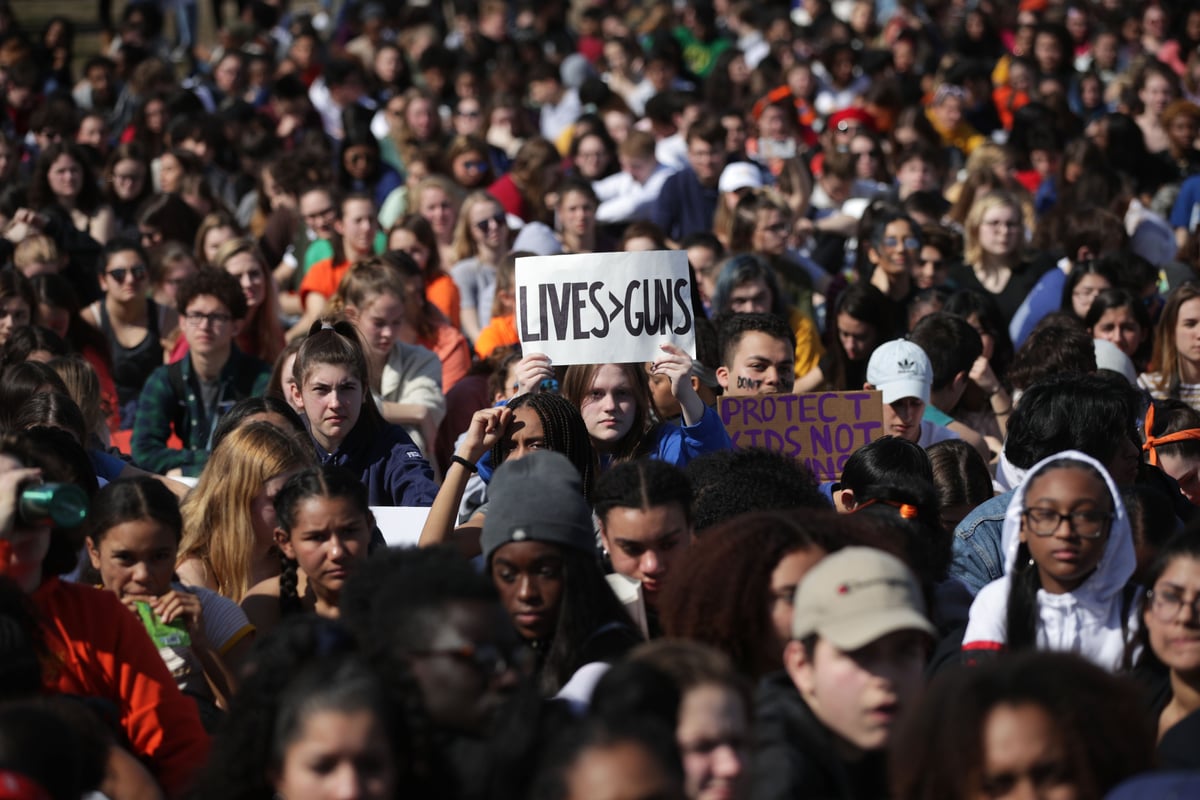 He had repeatedly told his father to stop and how it made him feel, but Bill's father continues to bring up the conspiracy and the shooter almost daily.

"Even burgundy coloured t-shirts [the colour the shooter was wearing] make me uncomfortable and he used to be so understanding he stopped wearing it around me. That person is completely gone and I miss him so f***ing much," he wrote.

Bill said he'd worked for so long on his mental state following the shooting, but his dad's beliefs have undone his hard work.

"Now I once again feel like the biggest piece of sh*t for being able to have good days when there are parents still grieving.

"I can't take more of him berating me and purposely trying to trigger me to see if my PTSD is real or not."

Speaking to Vice, Bill said he had until now kept the struggle to himself for fear of traumatising other survivors.

"I never talked about it with them. As far as I know he's only held that belief—at least so strongly—since January. Our last semester was difficult enough with February 14 marking three years since the shooting, along with emotions leading up to us being the last class of survivors to graduate.

"It wasn't—and still isn't—easy to bottle up, but telling them my dad thinks the absolute hell we went through, where nine of the victims were in our class, is a hoax is not a pain I want to put on them. It's difficult enough knowing that belief even exists at all." 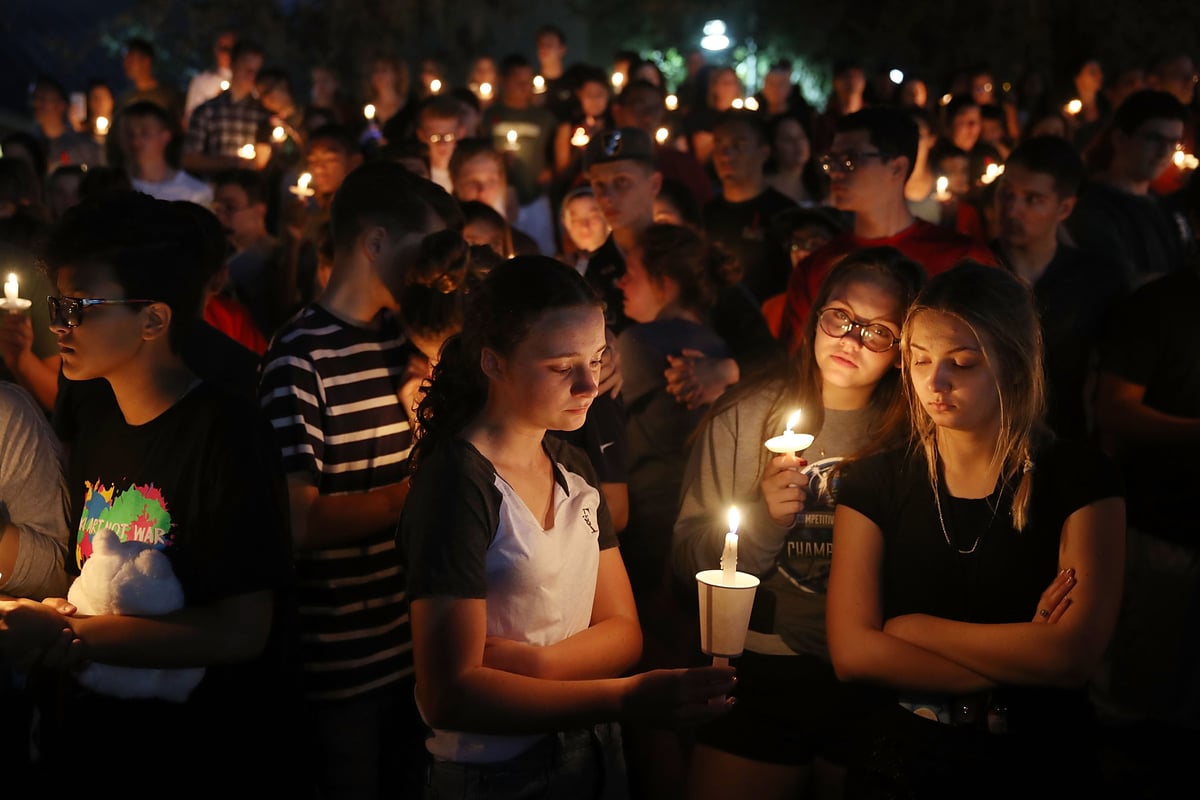 A candlelight memorial on February 15, 2018, the day after the Parkland shooting. Image: Getty.

The experience had also taken its toll on his relationship with his mother, who he said told him to "wait it out".

"It's not really going anywhere because she's too naive to think he'll magically get over wanting to constantly re-traumatise me and I'm not waiting around for that," he told Vice.

Thankfully, Bill is in a position to leave his family home but had stuck around in the hope of being able to "fix" his dad. He is now coming to terms with the broken relationships caused by QAnon.

Bill feels his relationship with his father is beyond repair, even if he snaps out of the QAnon "cult".

"He'll never stop on his own, because there are always new theories and goalposts being moved," Bill said.

"I don't know how to help someone that far gone. My guess is restricted access to the internet and lots of therapy. But even if there was hope he'd eventually snap out of it, it wouldn't change my mind on never wanting to see him again. So it doesn't really matter anymore."

A July 7, 2018, Daily Beast article noted that Q falsely claimed that "each mass shooting is a false-flag attack organised by the cabal."

On Reddit, Bill added to his initial post to point out this is what QAnon is capable of doing to families.

"They're delusional f***ing people trapped in a cult. There are literal anti-vax nurses. Brainwash is real," he wrote.