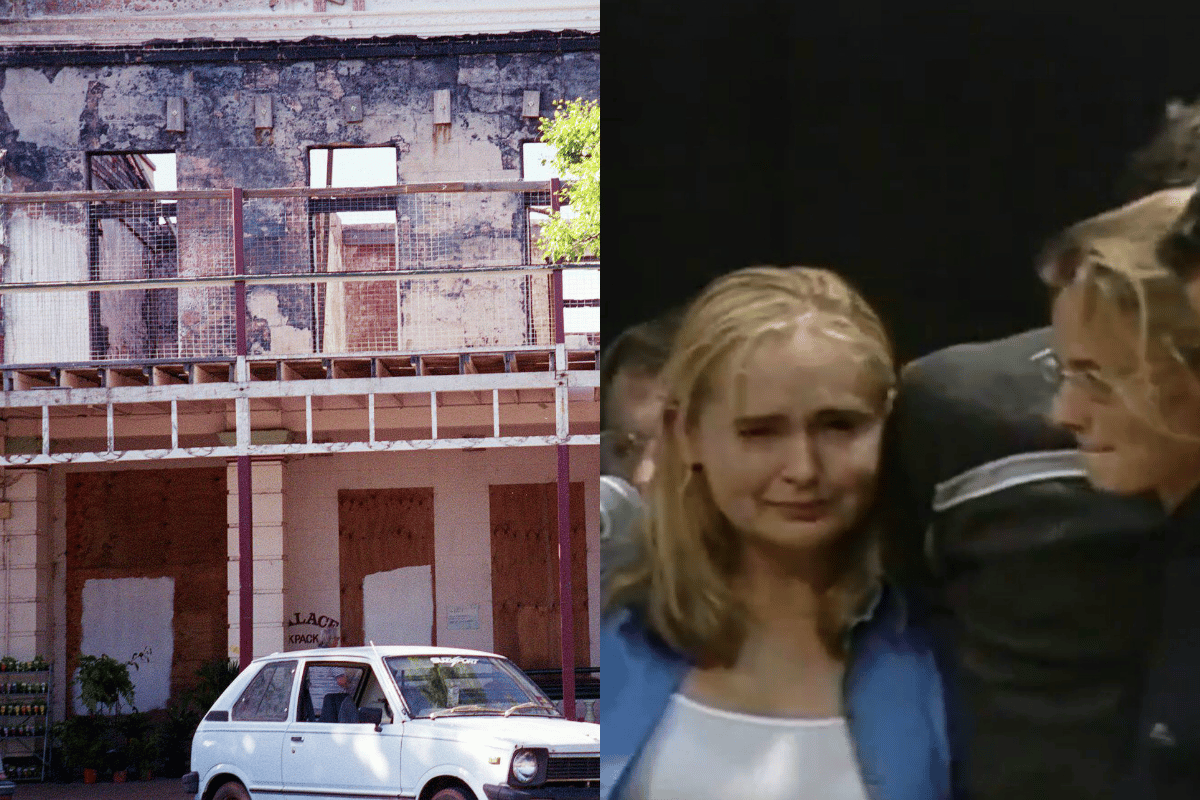 As Minoeska Teeuwen fumbled her way through thick smoke - nose and mouth covered - she almost collapsed.

Hearing was tough and sight was near impossible. Teeuwen used her hand to feel her way along the wall and followed a voice in the distance telling her to go to the balcony.

As she got closer, it got harder and her consciousness started to fade.

Then someone tripped over her, jolting her awake, and giving her the last ounce of energy needed to reach outside.

After finally getting out, Teeuwen looked back at the burning building that had been her temporary home.

There was an explosion and the 24-year-old from the Netherlands didn't see anyone else come out after her.

That was 20 years ago, at the Childers Palace Backpackers Hostel. The building, popular with backpackers who were fruit-picking on farms nearby, had been deliberately set on fire by disgruntled arsonist Robert Paul Long. 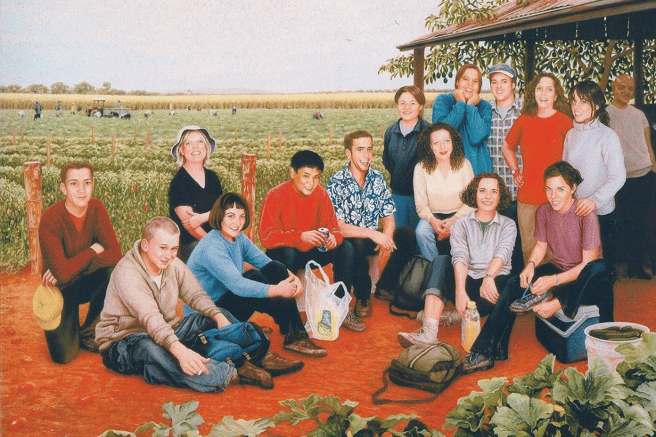 "I have lived and will always live with a level of survivor's guilt," Teeuwen told The Guardian to mark the 20th anniversary.

"Not just the wider question why did they all have to die, why did I make it out? My guilt also refers back to the person whom tripped over me. Why didn't I grab that person and take them outside with me? Who was it? Are they the one whom died in front of my room's doorway?" 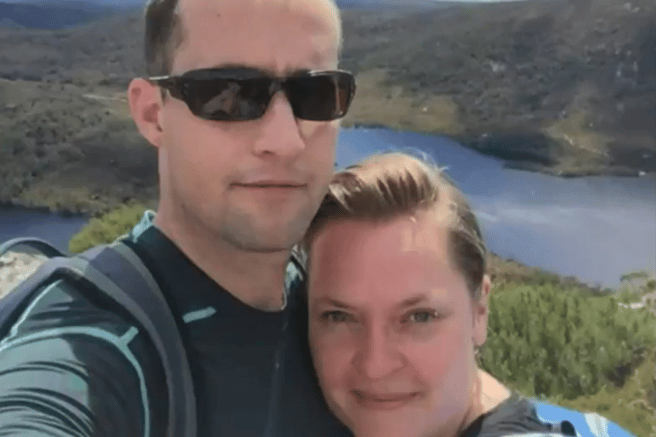 New Zealanders Moffat and Stacey Ngatai landed jobs at a farm in Childers, and after a hard day of work, were asleep upstairs in the hostel.

Stacey was woken by the sound of broken glass, leading the couple to believe a fight had broken out downstairs. After jumping out of bed, Moffat realised that was not what was happening.

Moffat and Stacey told the ABC how they got down on their hands and knees in the darkness of thick smoke.

As they crawled, they banged on the doors of the other rooms. Those actions likely saved many lives.

"I went first and Moffat held onto my ankle as we crawled out... we couldn't see much with the smoke," Stacey said.

"Doors to the other rooms were still closed, and I banged them as we were going out to [tell people to] get out."

Moffat recalled feeling feet in front of him, which he pushed forward.

"I kept dragging them and pushed them forward, forcing them toward the doorway," he said,

"I think people just froze; the adrenaline is rushing and you're just pushing people." 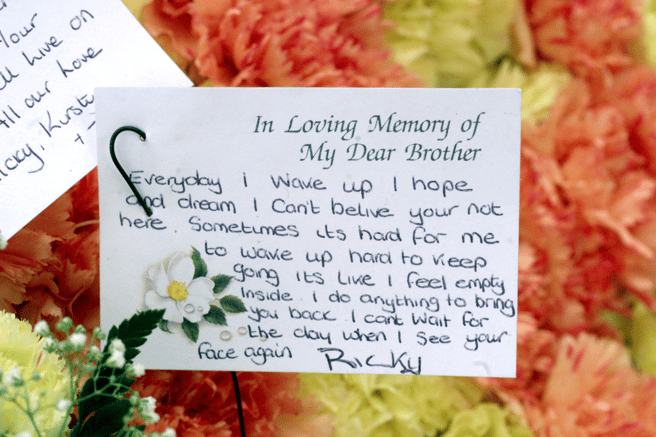 A floral tribute from the brother of Michael Lewis, one of the 15 killed in the fire. Image: Getty.

The survivors of the fire have a shared trauma and understanding, having lived through an event that would define their lives.

On the first anniversary of the fire, Teeuwen met up with another survivor, James Whitehurst, at a reunion in London. They began dating and have now been married for six years.

"We attempt to live life to the fullest. We have chased adventure and challenged the norm. Is this our personalities? Or perhaps our response to needing to grab every second of life as if it is our last? We will never really know the answer to that," she told The Guardian.

"We have had a full life so far, and we are immensely grateful we survived. But we will never forget those who lost their lives that night. We never lose sight of the fact we should always remember their names. Always take them along on our adventures, always carry them with us." 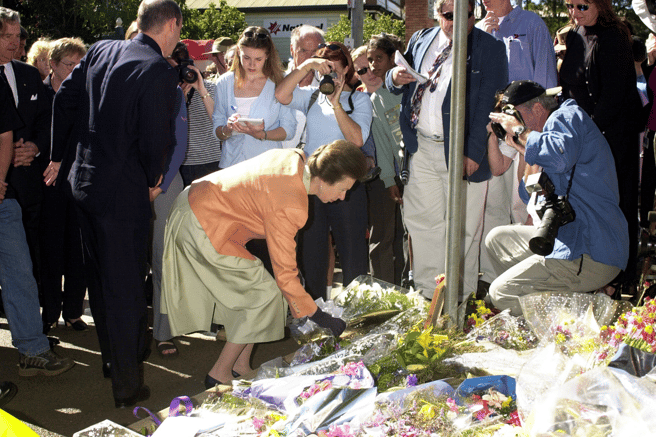 Her Royal Highness Princess Anne lays a bouquet of flowers outside the scene of a fatal fire at The Palace Backpackers on July 02, 2000. Image: Getty.

The Ngatai's told the ABC their motto was "keep moving and keep going".

One of former UK backpacker Richard Tempest's roommates died and it has played on his mind for 20 years.

"He was on the opposite bunk to me, and to be honest that has stayed, and probably always will stay with me," he said.

"Knowing there were four people in a room and only three got out... I question, 'Why him?'."

Sisters Kate and Lauren Smith told The Guardian they suffer from Post Traumatic Stress Disorder, and for years could not lead their normal lives.

It's a sentiment shared by many of their peers.

Jessica Wiegand told the publication she struggled too.

"When everyone I met seemed so connected and open and warm, I was so locked in my head, on the outside looking in, for a long time. I was really disconnected. I think if someone had just been able to tell me 'you're traumatised, it's OK, you're normal, you'll heal’, it would have made a big difference."

The hostel was a 100-year-old, two-storey timber building. Fire alarms had been installed in the building, but disabled weeks before the fire due to a system malfunction, an inquest heard in 2013.

It didn't take long for arson to become the suspected cause.

With the building still burning and chaos on the street, British backpacker Lisa Duffy gave police officer Geoff Fay a name: Robert Long, who'd recently moved out of the hostel. 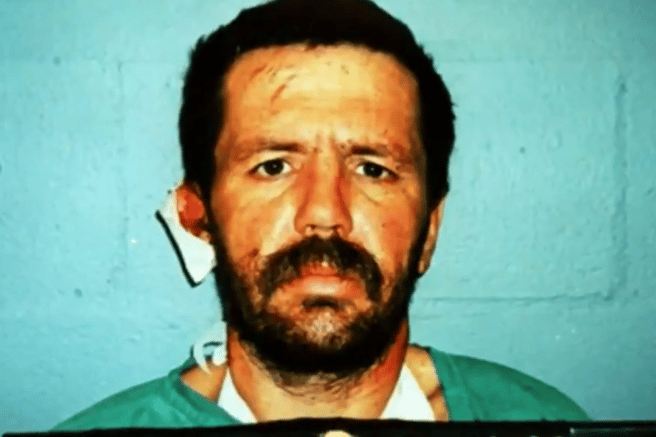 She would later tell a Queensland court that earlier in the night, Long had asked her "to leave the back fire escape door open".

He wanted to be able to get inside to beat up another backpacker he'd clashed with. He also claimed to be dying from cancer and expressed a desire to end his own life.

The name rang a bell with Fay. The day before, the publican at the Federal Hotel had found a suicide note, signed by Long. A second note had been slipped under the hostel door.

"I took possession of it, not knowing at that point in time what it was going to mean at the end of the day," Fay told AAP.

As Duffy shared her suspicions in the main street of Childers, fire officers headed back inside. They were in a ground-floor dormitory when part of the ceiling fell in, dumping the body of the first known victim at their feet.

There was nothing they could do for him. Or any of the others who'd be found upstairs. One on a bed. Others at a window fitted with steel bars. Nine in a single room, the exit blocked by a bunk bed.

Long had left the hostel more than a week earlier, owing money. But on the night before the inferno, he was back at its ground-floor Internet kiosk. 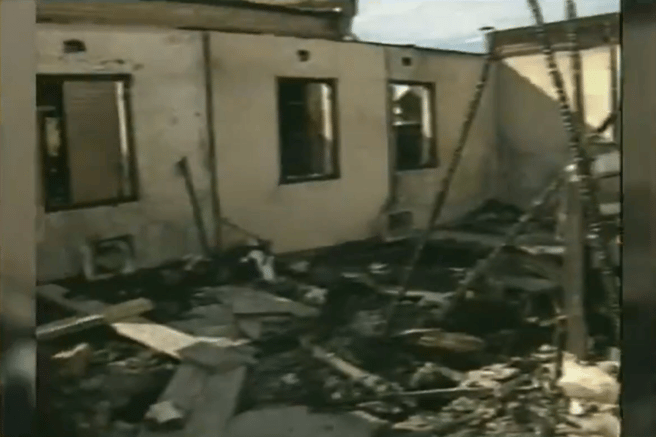 The Palace building after the fire. Image: Nine.

British survivor Neil Griffith would later tell investigators that when he'd gone downstairs, he'd seen a bin on fire, a cushion on top forming a bridge to a sofa.

Griffith tried to put out the flames and yelled to the man at the computer for help. Long replied: "I've got it", and calmly carried the bin out the back door, which closed behind him.

Griffith returned to bed thinking the danger was over. But as he was drifting off, he was startled by the sound of windows smashing in the fire.

He made it onto the awning next door. Some of his roommates didn't.

After a five-day search for the suspected arsonist, Long was found hiding in bushland about 32 kilometres from Childers.

During his arrest he slashed a police dog, stabbed an officer in the chin, and was shot in the arm.

Long was only charged and convicted for the murders of Australian twins Kelly and Stacey Slarke, in order to expedite the proceedings and so other charges could be brought against him if there was an acquittal.

He was sentenced to life with a non-parole period of 20 years, and is eligible for parole this month.

Fay, who is still in charge of the Childers police station, understands the pain this is causing everyone impacted by the fire.

"Back at that time, you think oh, 20 years is a long time but... it's not. From my point of view, that fire just occurred yesterday. It's still right there," he said.

"We all just want to feel safe in our world." 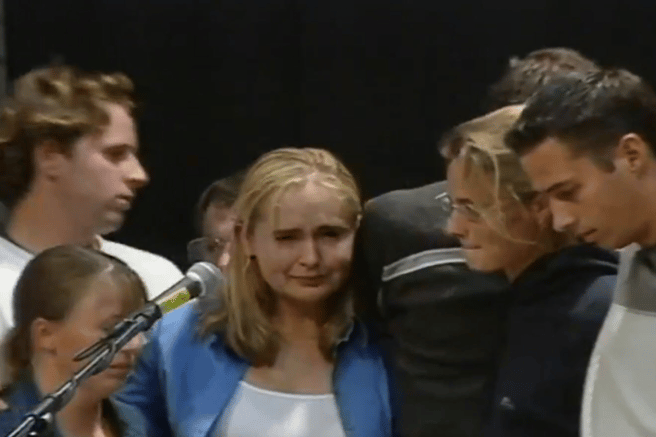 Survivors at a memorial after the fire. Image: Nine.

Survivors of the fire have joined forces with a petition asking for Long to remain behind bars, citing fears for their safety, the deep trauma they are still impacted by to this day, and respect for the families of the 15 dead.

"With the news of Mr Long's parole hearing, we have gathered in unity, put aside our fears and trauma to write to you with the greatest concern for his possible release," the petition states.

"We are overwhelmed with gratitude for every single person who has signed our petition. They have heard us, many remembering that terrible night when we lost fifteen friends. We hold so much guilt in our hearts for not being able to rescue them."

The petition says the survivors "remain haunted by his actions".

"We grow increasingly concerned about the risk of harm to others if he is released. We have no evidence of any remorse from Mr Long, nor have there been any reports of him facing his actions through rehabilitation or a desire to make amends to our friends’ families or ourselves... We all want to feel safe in the knowledge he will remain in prison to be accountable for all the crimes he has committed. We all just want to feel safe in our world, and in our minds knowing we can finally heal and find peace at last in the knowledge the opportunity for parole doesn’t increase our suffering and our overwhelming emotional pain."

The petition originally had a goal of 1000 signatures. At the time of writing, it has received more than 17,580.

Queensland's parole board have received dozens of victim impact statements from the survivors and the families of victims, which former Isis Shire Mayor Bill Trevor and survivor Tempest delivered last week.

"I don't want to think about the chance Robert Long has to step back into society," Trevor told the ABC.

"His actions and his deeds should see him stay in jail forever."

The 15 people killed in the fire.