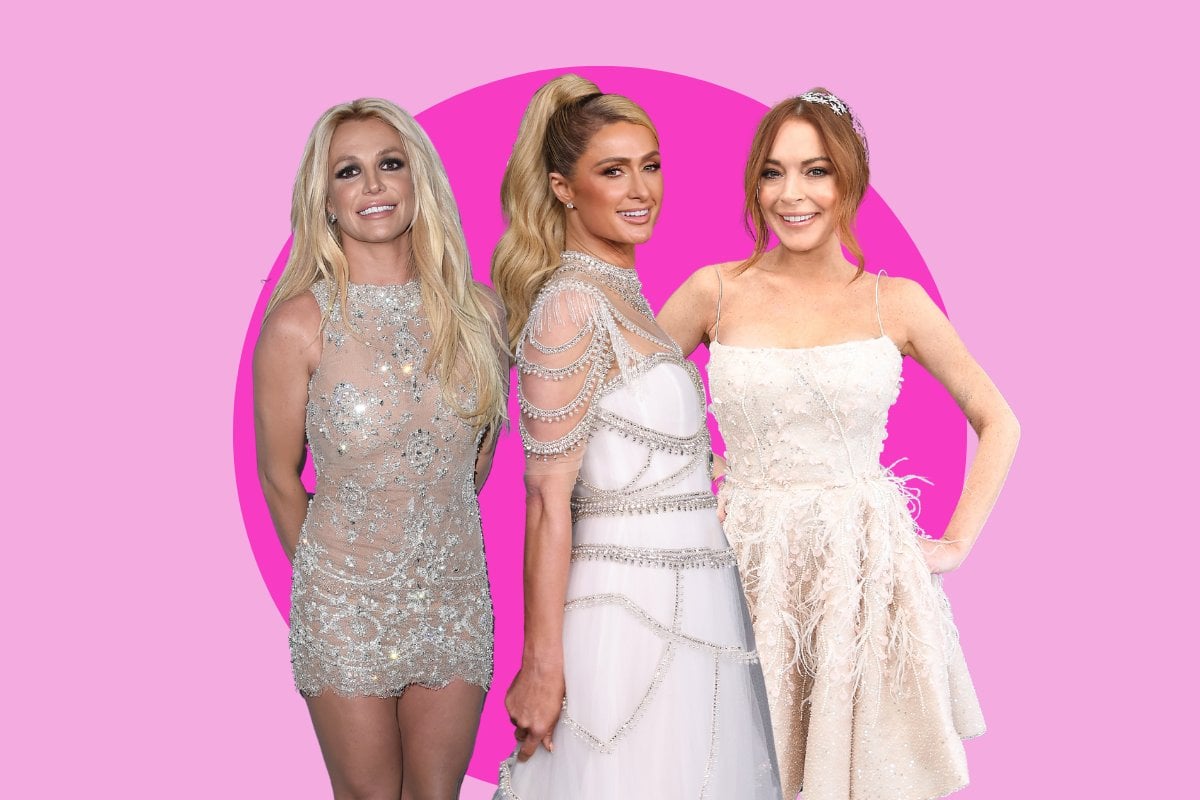 On November 27, 2006, The New York Post published what would become one of its most infamous front pages.

Paris Hilton, Britney Spears and Lindsay Lohan were squeezed into a two-seater car, driving away from a party, surrounded by paparazzi. It was, for the three at the time, quite a normal situation to be in.

The title was the perfect summation of how the media saw them: the use of 'bimbo' was a common way to describe stars during this time, and every possible connotation of the word is implied here. But 'summit' also highlights their importance to the culture - how at the time, even if they wanted to, no one could look away.

2006 was PEAK Paris, Britney and Lindsay. The three, along with a handful of other mostly young, mostly female stars, were some of the most famous, photographed people in the world. Their every move was documented in tabloid papers and magazines, accompanied by snarky captions like this one. 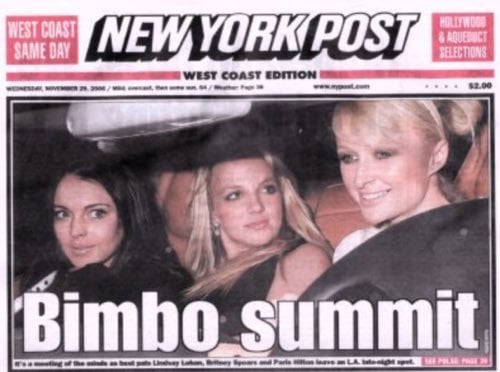 Since then, that same publication, and many, many others like it, have reported every detail of these women's downfalls. Paparazzi and tabloids were there through it all: the legal troubles, jail stints, 'breakdowns', career flops and a conservatorship.

Paris' popularity wavered in the later 2000s, especially following the rise of her former stylist bestie Kim Kardashian. She was busted for drug offences multiple times between 2006-2010, and spent five days in prison in June 2007. She later became a DJ in Ibiza, and has seen her media personality career revitalised since the 2020 release of her documentary, This Is Paris.

On Thursday, November 11, she married her partner, entrepreneur and venture capitalist Carter Reum, during a lavish, three-day celebration.

You will forever be my always! 🥰 So happy and excited to start this new chapter with you my love! 😍 You are my everything now and forever… see more wedding pics: https://t.co/1WkxlszmRS ✨✨👰🏼‍♀️🤵🏻✨✨ #Married 💍 #ParisInLove 📸 @germanlarkin pic.twitter.com/L3CzvHOIea

The fall of Britney is probably the most infamous in history: the popstar's 2008 is remembered in disturbing paparazzi pictures, jokes, and ultimately the conservatorship arrangement she lived under for 13 years.

On November 12, after years of campaigning from fans and months after the public was allowed to hear her speak about the arrangement, Britney was freed from the conservatorship.

Britney, who has been outspoken against the arrangement and her family's role in it, called it the "best day ever".

Then there is Lindsay, a former child star who became one of the go-to teen actors of the 2000s. She starred in classic teen films like Freaky Friday, Confessions of a Teenage Drama Queen and, of course, Mean Girls.

But by 2007, Lindsay's personal troubles had overtaken her acting and music career. In 2007, she was arrested twice in possession of small amounts of cocaine, and charged with two counts of driving under the influence and a single count of reckless driving. The same year, she spent three stints in rehab.

In 2010, she spent 13 days in jail after violating probation and missing seven alcohol education classes. She also attended court-ordered rehab from October 22, 2010, to January 3, 2011.

In 2014, she moved to Dubai and later established beach clubs in Greece.

During her appearance on CNN's 2019 New Year's Eve special, she announced she would be coming back to the United States for a Hollywood comeback and in May 2021, Netflix announced she would star in a Christmas romantic comedy about a woman who suffers amnesia following a skiing accident and finds herself in the care of a blue-collar lodge owner.

On November 13, filming began for that movie, with both Netflix and Lindsay sharing a production shot to social media.

Back at work and couldn’t be happier! Action! 🎥🎬🍿🥰 @netflix @netflixfamily pic.twitter.com/nDefOlFlbo

It was an incredibly auspicious 48-hour period for the trio, with their names splashed across homepages like it was 2006 again. And as all three headlines swirled at once, it felt nostalgic. Back to a different time, but in a good way: these women used to be the butt of the joke, but here we were celebrating their successes.

Throughout 2021, we have been re-evaluating the role that both the media and public made in the downfall of these kinds of stars. The added pressure, the unfair questions, the constant scrutiny and sexist commentary.

It's been more than 15 years since that supposed 'bimbo summit'. Pop culture, fame and to an extent, tabloids, have changed a lot in that time, but the reaction to the weekend's news shows that our the interest in the lives of Britney, Paris and Lindsay has not wavered.

But instead of watching with glee as they stumbled out of a club, we are cheering their triumphs.

Reply
Upvote
Getting married is a sign of "success"...?
C
cat 8 months ago

Reply
Upvote
1 upvotes
@mamamia-user-482898552 Well, not being married is seen by many as a sign of failure. Or even that there's something wrong with you.
My mum told me a neighbour said to her: Both my son's are married and have kids, why isn't yours?
And I grew up in a culture where people don't even bother with the niceties. People just openly say 'They're not married! What's wrong with them?'.
M
mamamia-user-482898552 7 months ago