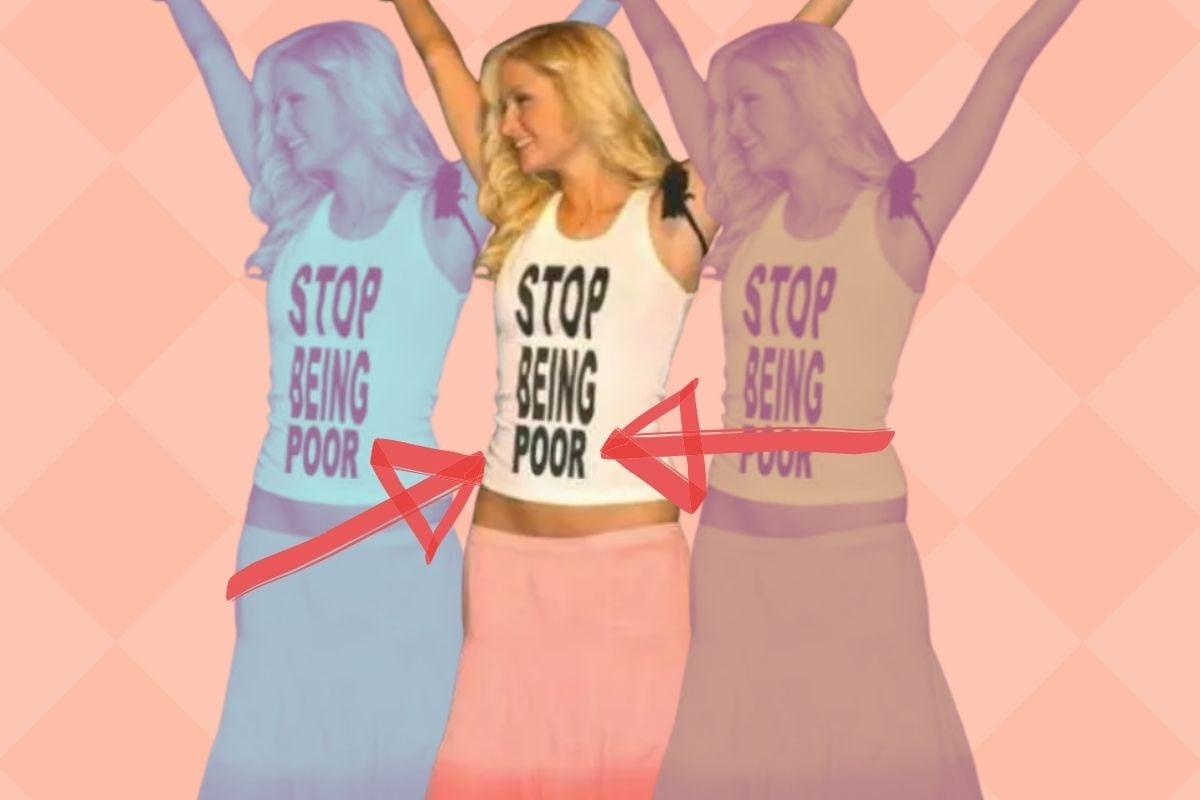 It's one of those memes that's ubiquitous in popular culture, but has never really been interrogated: that time billionaire Paris Hilton wore a top that read STOP BEING POOR. 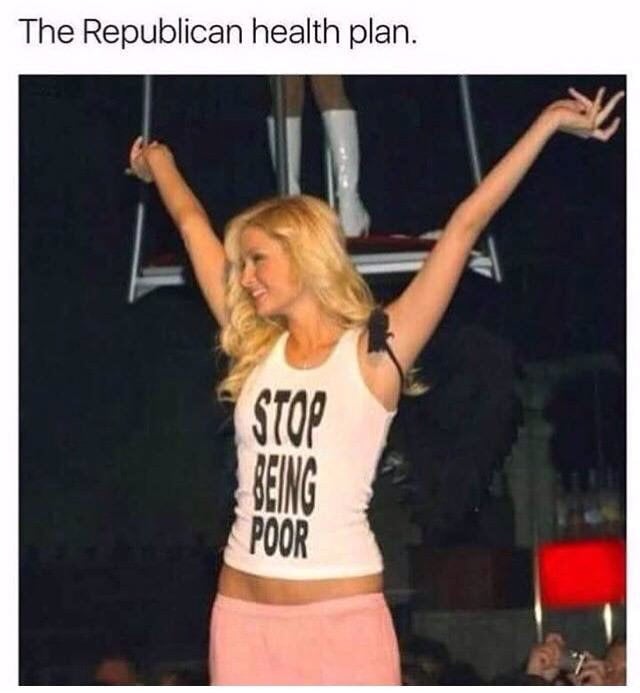 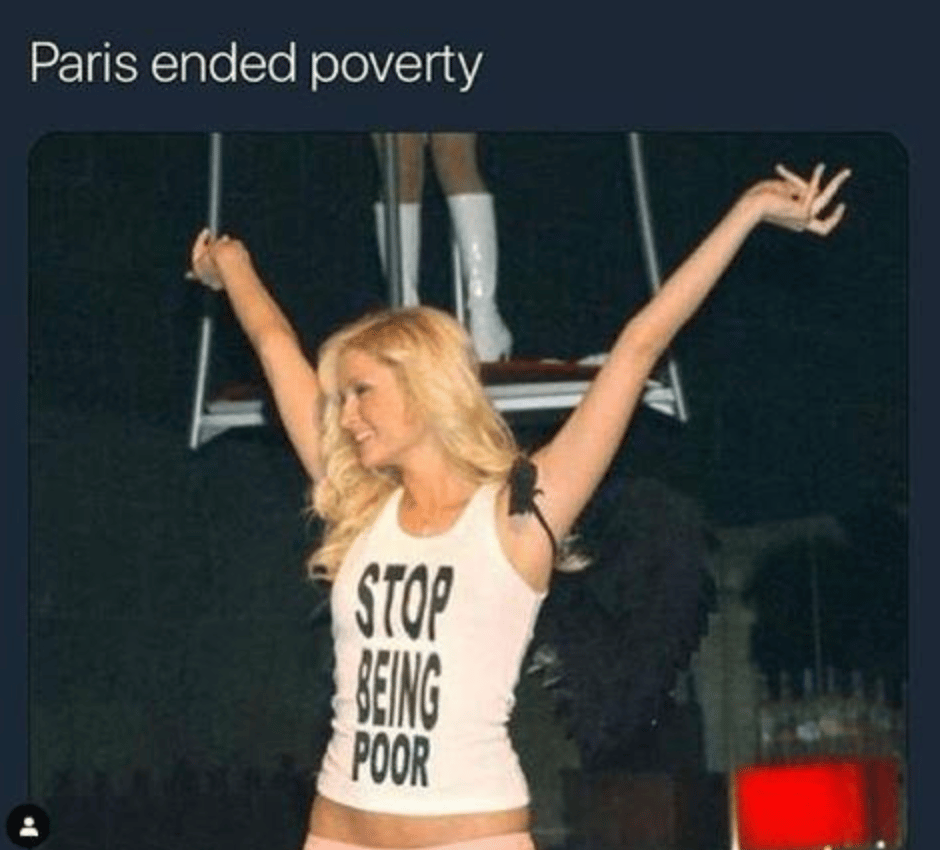 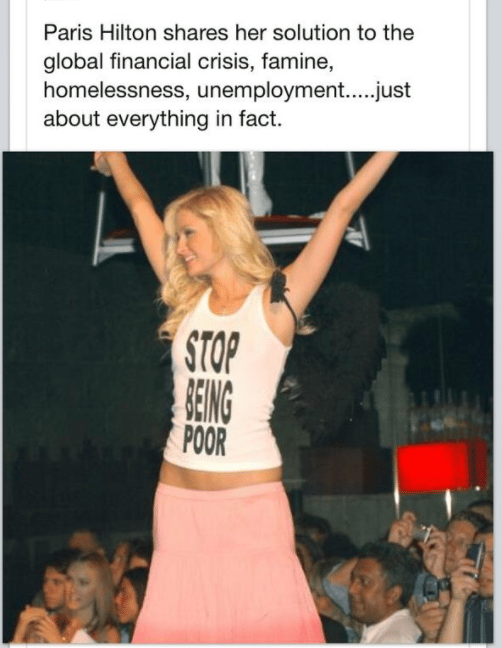 It's funny precisely every single time, making a rather profound statement about consumerism, capitalism, hypocrisy and the general attitude of the very wealthy to the poor.

But like the infamous meme of Jason Derulo falling down the stairs at the MET gala, there's an inconvenient detail we should all probably know about Paris' viral moment.

Earlier this week, Paris Hilton, 40, posted a video to her Tik Tok and Instagram reels about the image.

"So there's this photo online of me," she says, displaying the photo in the background. "I'm sure you've seen it.

"I never wore that shirt.

"This was completely photoshopped. Everyone thinks it's real. But that's not the truth."

The video then switches to another image of Paris beside her sister Nicky, where Paris' top clearly reads: 'STOP BEING DESPERATE.'

"Don't believe everything you read," she says.

Some light digging shows that the design was from the 2005 launch of Nicky Hilton's clothing line, Chick. 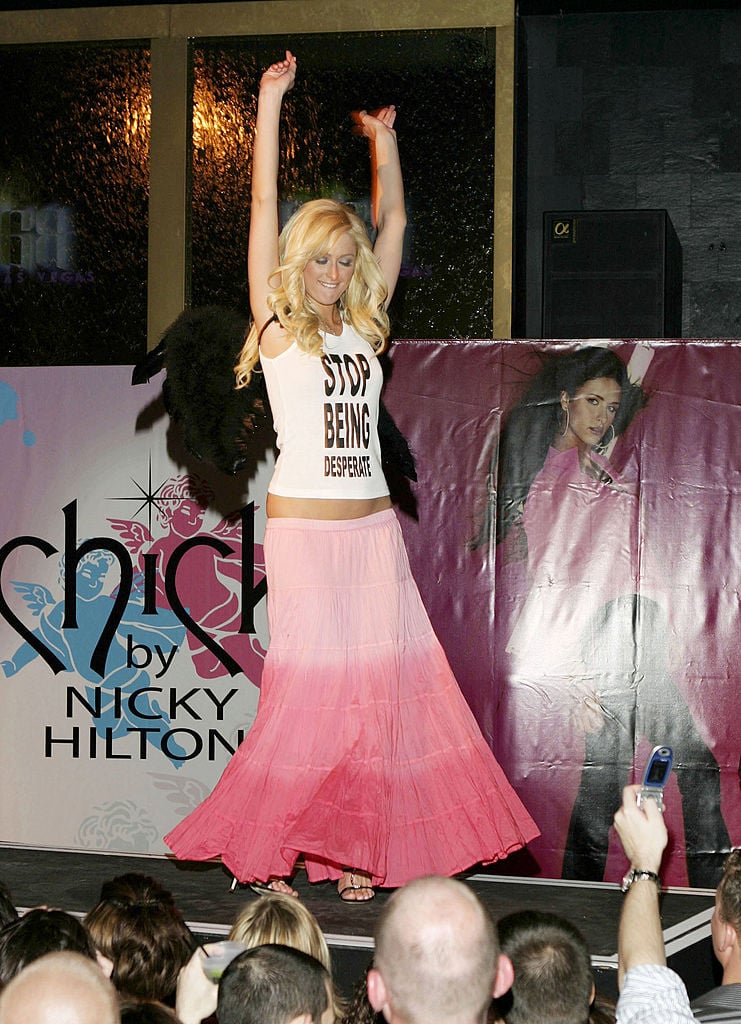 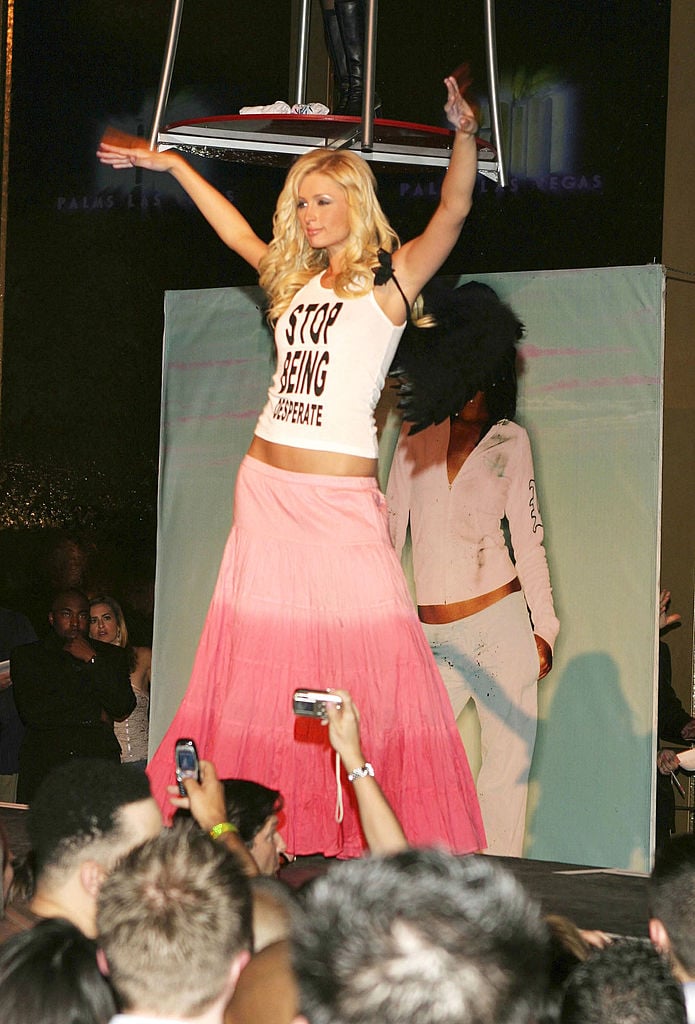 The image that sparked the meme. Image: Getty.

There are a few takeaways here.

First, it wasn't completely ridiculous for the general public to believe Hilton had worn the STOP BEING POOR top. This was a woman who cultivated an image of being ditzy and out of touch on The Simple Life, and whose fame was tied closely to our knowledge of her immense wealth.

But it is a telling example of how quickly we take what we see for granted. Where there are no obvious signs to trigger our skepticism, we assume fact, and we run with it.

Details like these, however, are pieces of a puzzle that form a person's reputation. And in Hilton's case, hers was one she didn't feel she had control over.

This video is the latest iteration in her attempt to reclaim her narrative.

Last year, Hilton let viewers inside her life as part of a YouTube documentary This Is Paris.

In the documentary, which was released in September, Hilton explained that she felt like "the whole world thinks they know me," but often she doesn't even feel like she knows herself.

She also spoke about her childhood trauma for the first time publicly.

"Something happened in my childhood that I've never talked about with anyone," she said.

"But I couldn't tell you guys, because every time I tried, I would get punished by them," she continued. "I still have nightmares about it. The only thing that saved my sanity was thinking about who I wanted to become when I got out of there. I just created this brand and this persona and this character, and I've been stuck with her ever since."

Watch the trailer for Paris Hilton's documentary, This Is Paris, below. Post continues after video.

In an interview with People, Hilton said she "buried her truth for so long".

She was sent to Utah's Provo Canyon School in the late 1990s, after her parents became sick of her disobedience, that saw her sneak out to go to clubs and parties.

"I knew it was going to be worse than anywhere else," Hilton said.

"It was supposed to be a school, but [classes] were not the focus at all. From the moment I woke up until I went to bed, it was all day screaming in my face, yelling at me, continuous torture."

Hilton said she thinks the staff's goal was to "break" the students.

"They were constantly making me feel bad about myself and bully me. I think it was their goal to break us down.

Hilton said she had daily panic attacks and cried each day she was at the institution, which would put students into solitary confinement for up to "20 hours a day" if staff discovered any plans to escape.

"I was just so miserable. I felt like a prisoner and I hated life," Hilton told People.

She has also shared that if it wasn't for the abuse in school, she wouldn't have met her ex-boyfriend and made her leaked sex tape, 1 Night in Paris.

In her documentary, Hilton said "I'm so used to like, playing a character that it's hard for me be normal".

"Everything I’ve ever done before was more of me just playing that character again. But with this I really just wanted to pull the curtain back and show my real life and talk about things that were very hard to talk about and things that I've experienced in life that I’ve never talked about before."

It seems she's still pulling the curtain back.