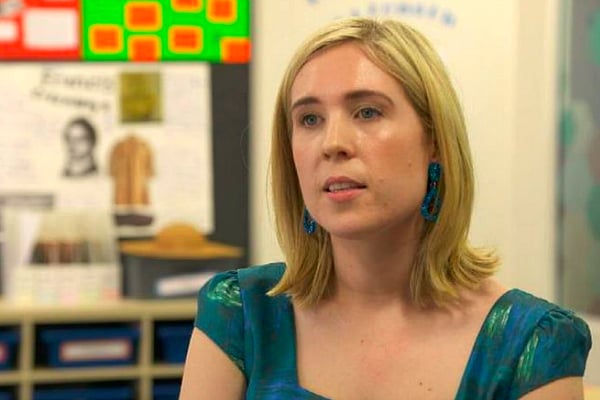 Being a teacher is, arguably, one of the most important jobs a person can do.

After all, teachers are responsible for educating and nurturing our children, giving them the tools, knowledge and skills to tackle many of the problems we’ve left for the next generation to solve.

But more and more, teachers are leaving the profession. They simply can’t do it anymore.

They’re passionate about children’s education, but more than the long hours, unpaid overtime, ever-increasing workload and the pressure to do all of this with decreasing support and resources, there’s a greater and more troubling reason teachers are walking away from the career they love.

A recent study from La Trobe University in Melbourne found 80 per cent of teachers had experienced some form of student or parent-led bullying in the last 12 months. In 2018 alone, 45 per cent of school principals were threatened with violence by parents, an Australian Catholic University report showed.

From something as small as the height of a heel on a school shoe to what homeroom their child was placed in, for some parents, going through the formal channels for complaints isn't enough.

One of those teachers who has experienced firsthand the effect abusive, bullying parents is having on good educators is former teacher George Allertz, who left the teaching profession for many reasons, including physical, verbal and electronic bullying and harassment from parents.

"You're going home after being abused from a parent because they didn't agree with something that you taught or the way that you taught it,” Allertz told reporter Liam Bartlett for a special 60 Minutes education report airing on Sunday at 8.40pm on Channel Nine.

“You basically become deflated… I can't do that anymore."

Allertz went on to recount how parents behaviour has changed throughout his teaching career, escalating from voicing concerns to displaying physical violence.

“Parents have been swearing and fighting, really horrific language and without a care in the world about it.”

You can watch the trailer for the 60 Minutes investigation into the abuse of teachers by parents below, post continues after video.

This isn't an isolated incident. It's more than just one parent or one school, or even one state.

“When I first became an organiser back in 1994, I would have rarely dealt with these sorts of issues... what we’re actually seeing here is a breakdown in what are absolutely standard and expected norms of behaviour," he said.

“It’s something that’s reached a crescendo at this point in time and needs to be dealt with. How are we meant to keep good order in the school by establishing strong behaviour expectations for students if the adults in those students’ lives are willing to misbehave when they’re inside the school grounds?"

So how do we stop this kind of behaviour and prevent good teachers from giving up?

Earlier this year, a Queensland school took a hard stance against the bullying of its teachers and staff after online abuse reached "unacceptable" levels following changes to its uniform policy.

In a memo sent home from The Gap State High School Principal (TGSHS) Anne McLauchlan, parents were warned "derogatory, insulting and unsolicited social media posts about staff", as well as physical, hostile incidents on school grounds would be reported to the Department of Education.

Mamamia Out Loud discussed the increasingly bad behaviour from parents towards teachers below, post continues after audio.

On the other side of this argument are parents who believe their rights to advocate for their children are being threatened, the 60 Minutes investigation found.

The report spoke to a number of parents who say the education system is broken, and that their kids are being neglected or discouraged by their schools.

“Why can’t we have the right to speak up for our children?” father Kevin Saunders told 60 Minutes after being disciplined for criticising the way his teenager was being taught.

With disgruntled parents and teachers pushed to their limits on either side of this debate, where do we draw the line?

You can watch the education report on 60 Minutes this Sunday night at 8.40pm on Channel Nine.

Above another Millennium parent that was never told “No” as a child . Having a melt down when a teacher says No now they are an Adult. Hahahaha Amazing.
The “Experts in control of the Education system and the Aboriginal Affairs System” are absolute morons . Both systems are now Hell on Wheels.
The courts will choke with every one suing everyone. No body can accept a “No” outcome.

The discord between parents and teachers is happening because there is an increasing lack of mutual respect between them. It is because they inhabit different worlds from different centuries. Teachers were accustomed to being the final word on their students and previous generations of parents gave them carte blanche to make these decisions but today's parents consider themselves the experts on their own kids and don't always trust teachers to do the right thing by their child. History justifies this stance, especially in regards to discipline.

As a working mother, I don't hold today's teachers (as a collective) in positive regard. It seems to me, in comparison to the rest of the working world, that schools are stuck in a time warp that has changed little since the 1950's. This is reflected in the approach of teachers to working mothers, the outdated way they overlook kids outside the extroverted norm, how they complain about unpaid overtime, hours and salary as if they are the only hard-working people in the workforce, how they love parent helpers but not parents who question them, how they run schools like their own private little world according to their own interests, how they play favourites with the children and blatantly demonstrate nepotism toward their own kids within the school, how they complain about being stressed when they have more paid holidays than anyone else, how they consistently schedule activities during the day knowing that it sets working parents up to fail, how they prop in their jobs and never leave long after they've become stale and impatient teaching children or to give new teachers opportunities, how they do things the way they've always been done rather than consider lateral solutions, how they over-schedule curricular activities which parents (if they listened) don't want, how they talk disparagingly of and judge, judge, judge parents and children in the staffroom, how they never stop complaining (did I say that already?), how they are regarded as angels - just for doing their job for which they are paid, like everybody else, except with almost triple the annual leave entitlement.

Bullying of teachers is completely unacceptable and it tells us that something is not working between schools and home. Both are situated in different centuries, no wonder the clash. We need to completely overhaul the education system so that parents and teachers get on the same team, rather than each see other as the enemy. Maybe if teachers worked under the same conditions as the rest of us they might see how good they have it and parents would respect them more.

So youve been assaulted by an angry parent or student