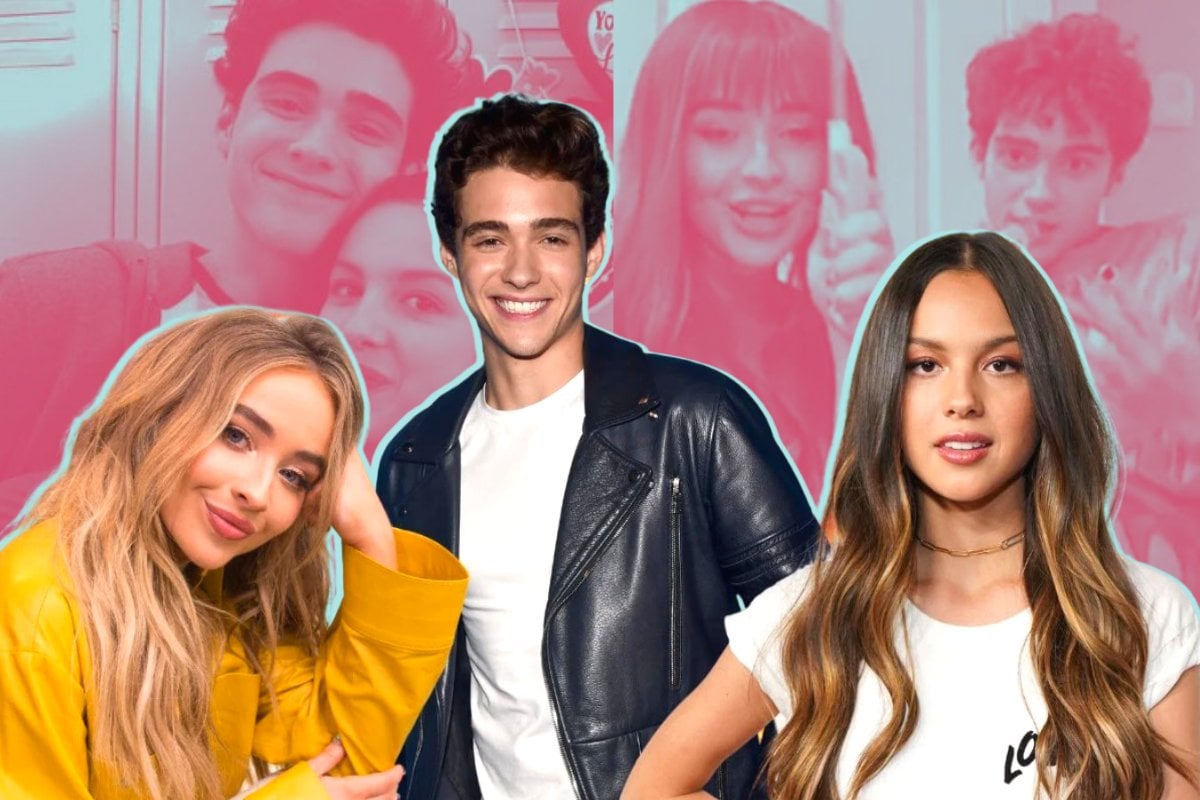 Well. I did not have 'obsessively following the ins and outs of a Disney star love triangle' on my 2021 bingo card, but here we are.

If you've listened to the radio/been on social media/spoken to anyone under 21 lately, you may be across the spectacularly dramatic lives of Olivia Rodrigo, Joshua Bassett, and Sabrina Carpenter.

You see, there has been a love triangle involving these three young Disney actors and singers taking place very publicly for months now.

It involves breakup songs, a High School Musical-related television show and because these people are much younger than us, TikTok.

If you're a millennial of a certain age, you may also remember the good old days of the Nick Jonas, Miley Cyrus and Selena Gomez love triangle. Except if these were exactly the same scenarios, it would involve Nick Jonas coming out after expressing his love for Justin Bieber.

Confused? Grab a cup of tea, and let me explain.

There are a few names we need to get across here: Olivia Rodrigo, Joshua Bassett and Sabrina Carpenter.

Olivia, 18, and Joshua, 20, are co-stars on Disney+ original show High School Musical: The Musical: The Series (the most ridiculous TV show name in history), in which they play ex-couple Nini and Ricky. 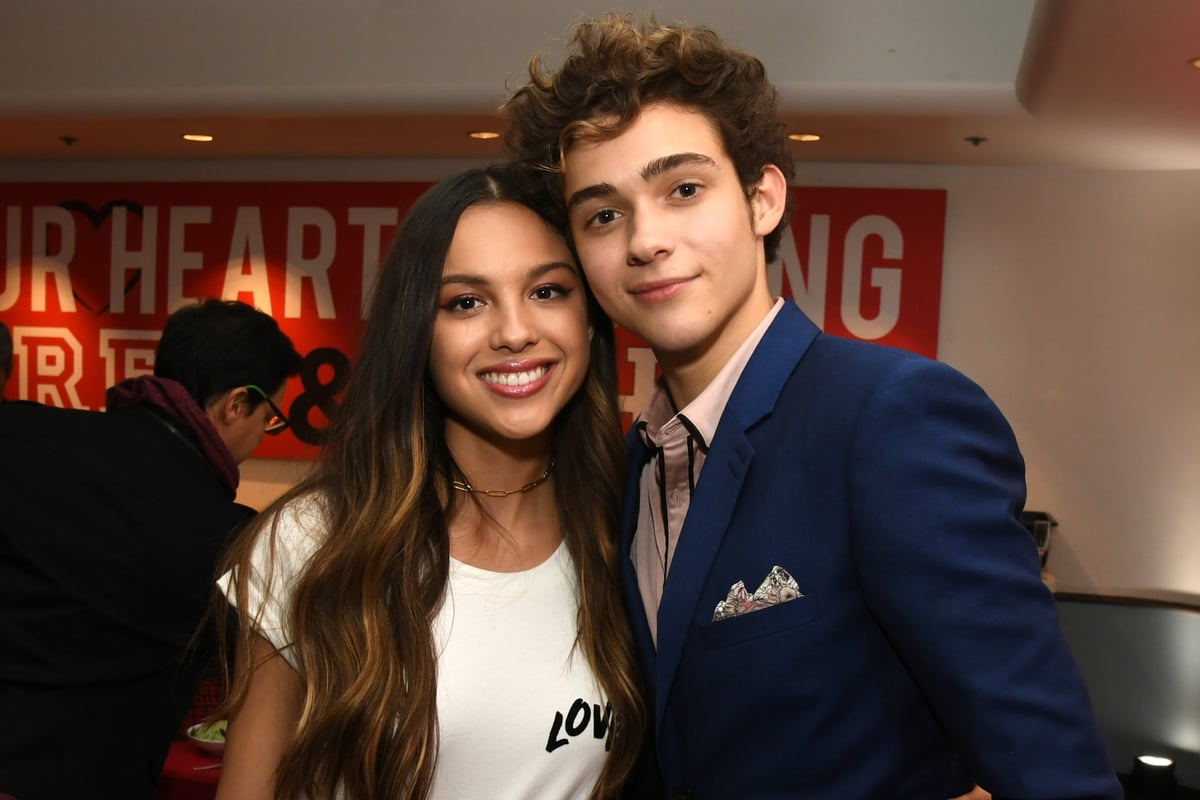 This is them. Image: Getty.

They had on-screen chemistry and were clearly friends off screen, which led fans of the show to speculate about whether they were actually dating IRL.

It turns out, yes. At least they were.

They broke up, after which Joshua began dating another Disney star, 22-year-old Sabrina Carpenter, which you'll soon see is very important information. 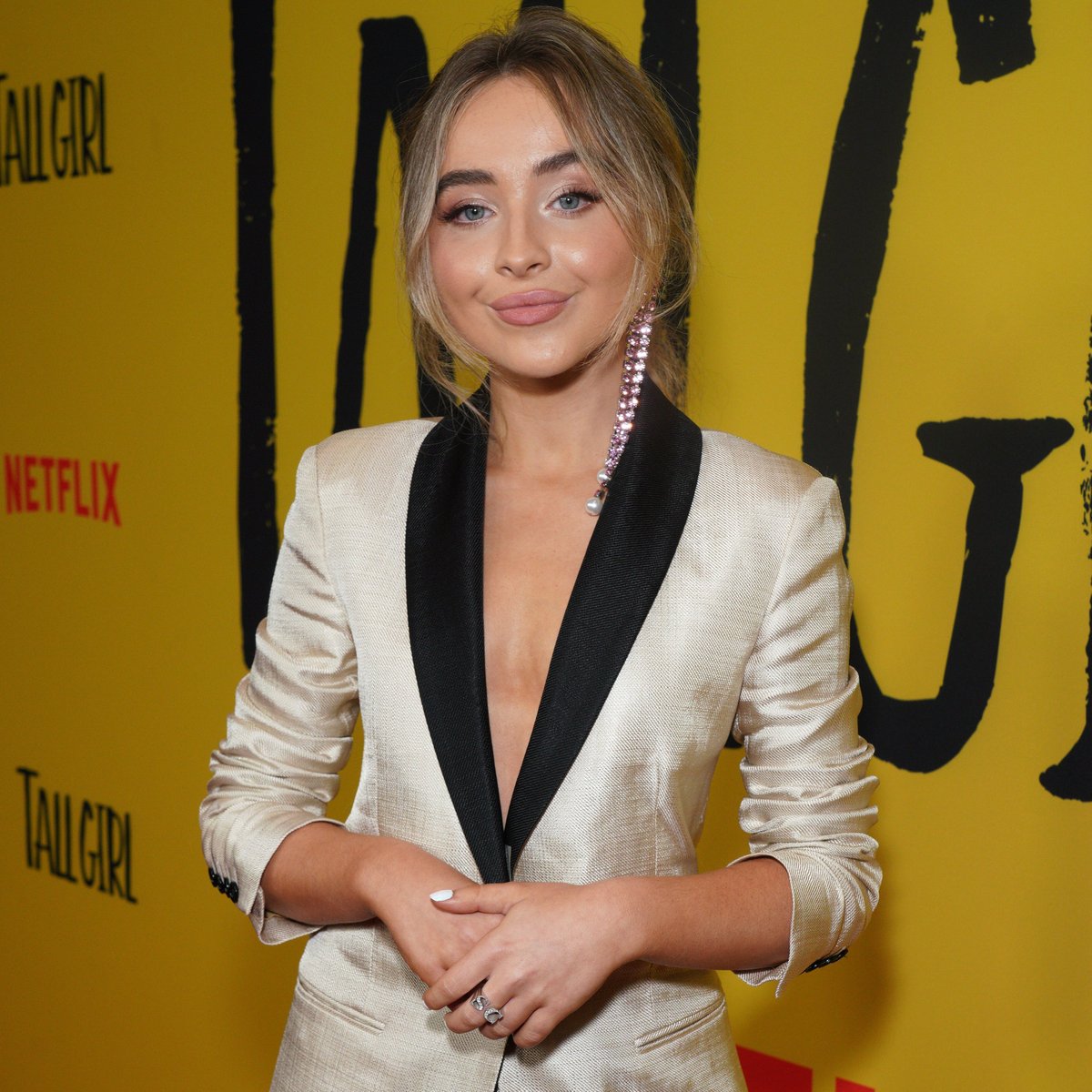 This is her. Image: Getty.

A quick rundown on Olivia Rodrigo and Joshua Bassett's relationship.

The timeline of this relationship is a bit sketchy, because they didn't make their relationship public, but we can make educated guesses.

The first season of HSMTMTS (seriously, WTF) filmed in the first half of 2019, and in March 2020, Olivia shared parts of a love song she said she'd written about someone with a "brown-eyed grin" and messy hair.

By May 2020, fans noticed Olivia and Joshua stopped liking each other's Instagram posts and in June, Joshua was seen with Sabrina for the first time.

In July, Olivia posted about getting her driver's licence. She'd previously said in an interview once that Joshua had taught her to drive in a parking lot (seriously... these people are so young).

Not long after, she posted an early version of her song 'Drivers License', which you've definitely heard, on Instagram.

This same month, Sabrina appeared (secretly) in one of Joshua's music videos.

Olivia then posted a TikTok featuring a song from HSMTMTS (honestly can't deal with this show's name) where her character sings about Joshua's character. She captioned the video: 'And that's on failed relationships'.

So by mid/late 2020, Olivia and Joshua had broken up, and he'd begun dating Sabrina.

They have never really confirmed it, but were spotted out and about and made TikToks together. I'm guessing that's how Gen Z make relationship announcements.

We haven't seen young adult relationship drama play out in song like this since the Jonas Brothers dated all of 2007/2008's Disney and Disney-adjacent stars, sparking years' worth of breakup bangers.

On January 4, Olivia announced the release of her debut single 'Drivers License'.

It was very petty, and everyone loved it.

'Drivers License' was released on January 8, and its lyrics only added fuel to this fire.

In the song, Olivia laments the end of her relationship as she drives through the streets after getting her license.

"And you're probably with that blonde girl / Who always made me doubt / She's so much older than me / She's everything I'm insecure about" and ummmmm, Sabrina is blonde and four years older than her.

Right. Well, that was the first domino.

Soon after, more fell. Joshua's song 'Lie Lie Lie' was released, but interestingly he quickly shut down speculation that it was a response to Olivia.

"I wrote 'Lie, Lie, Lie' after I found out a friend had been lying about me behind my back for a long time," he wrote on Instagram.

"It always hurts to hear that someone you thought you could trust would throw you under the bus when it benefits them. It happens to all of us, and I think all you can do is seek out people that build you up rather than tear you down."

Later in January, Sabrina released her own song, 'Skin', that made it... quite obvious she was the "blonde girl" in Olivia's song with the lyrics: "Maybe you didn't mean it / Maybe blonde was the only rhyme".

Buuuut on Instagram, she also said she wasn't keen on the drama.

"I wasn’t bothered by a few lines in a (magnificent) song and wrote a diss track about it. I was at a tipping point in my life for countless reasons. So I was inspired to do what I usually do to cope, write something that I wish I could have told myself in the past." She said "some lines address a specific situation" while others do not.

Olivia's second single 'Deja Vu' also addresses Joshua, and she sings about how all the things he does in his current relationship (like singing 'Uptown Girl' by Billy Joel) are things she taught him. Eek.

Throughout it all, the trio have spent a lot of time in interviews addressing the drama, or mostly... refusing to address it.

Joshua has still been hyping up Olivia's music on social media, and he decided not to release a duet he and Sabrina had made together.

This whole thing was even the basis of a Saturday Night Live skit.

"This is also my coming out video, I guess."

Most recently, this love triangle turned into a love square... at least theoretically.

On May 10, Joshua came out during an interview when sharing he had a crush on Harry Styles.

"I think he's a nice guy, doesn't say too much, but when he talks, it matters," he said during a talk with Clevver News.

"Lots of things. This is also my coming out video, I guess."

Watch: The video in question. Post continues below video.

This naturally led to further speculation online, which Joshua acknowledged a day later with a social media statement. In it, he did not label his sexuality but instead encouraged everyone to love whoever tell wanted to love.

"My entire life people have told me my sexuality," he wrote.

"People have shamed me for things they know nothing about. I want to say thank you to those of you who stand for love and acceptance... It's 2021. We are the generation of love & growth, it's time we start acting like it."

He concluded by telling his followers to "love who you love shamelessly".

"It's ok to still be figuring out who you are. Life's too short to let ignorance and hatred win. I choose love."

The current status of this love triangle is a mystery, at least until we get some more dramatic music.

But we're all in agreement about Harry Styles, right?

This article was originally published on January 12, 2021, and has since been updated.