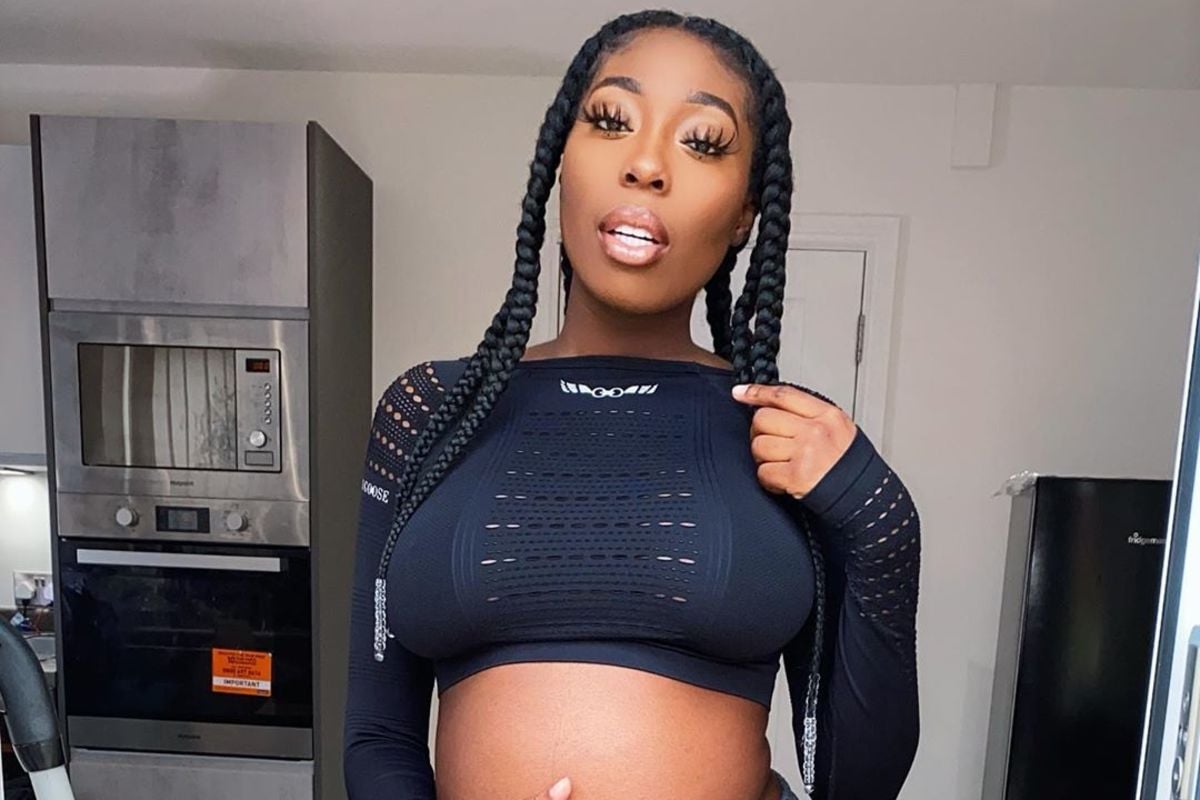 She was pregnant with her first child, and she and her partner Global Boga were very excited.

"The first time I felt a kick I cried a bit," she said, with Boga joking throughout the video about his theory it was a boy.

On Instagram she continued to share her happiness, writing "I'm finally creating a beautiful, little human inside of me".

"Can't believe this bubba will be half of me and half of the loml (love of my life)."

👶🏾👣 We can’t hide this any longer, secrets out.. GOD gave us the biggest blessing yet. I’m finally creating a beautiful little human inside of me. Can’t believe this bubba will be half of me and half of the loml. Honestly, @global_boga has been the best support EVER and GOD made no mistakes making him the father. We are already obsessed with you our little miracle baby. Thank you for choosing us to be your parents and best friends 🥺 Mummy and Daddy can’t wait to love, hold and cherish you for ever and ever 🥺💕. #22weeks __ Btw I’m team girl 🤣

In their video announcement, she talked about how Boga wasn't able to join her for scans due to the COVID-19 pandemic and said she hoped restrictions would have eased by the time she was ready to give birth.

The London YouTuber and her unborn child, who she planned to name Reign, passed away on Saturday, July 11.

"To all Nicole's friends and supporters it is with great sadness that I have to inform you that Nicole and her son she and Boga named Reign sadly passed away on Saturday morning," a statement from her family, uploaded to her Instagram account, read.

To all Nicole’s friends and supporters it is with great sadness that I have to inform you that Nicole and her son she and Boga named Reign sadly passed away on Saturday morning. Also Nicole pre-schedule a few YouTube videos and Boga has made the decision to allow them to be aired. As a family we ask that you give us privacy because our hearts are truly broken and we are struggling to cope with what has happened. Thank you her mum RIP My beautiful baby girl Nicnac and my grandson Reign, I will miss you for the rest of my life until we meet again in eternal heaven. Xxx

The family explained that Nicole had "pre-scheduled a few YouTube videos" to upload on her channel before her death, and with Boga's blessing, he "made the decision to allow them to be aired".

"As a family we ask that you give us privacy because our hearts are truly broken and we are struggling to cope with what has happened."

Thea's mum said she would missing her "beautiful baby girl Nicnac and my grandson Reign" for the rest of her life.

At this stage, the circumstances of Thea's death remain unknown.

With my strong black kings. I’ll protect him and our baby boy till I die. On GOD 💙 #blacklivesmatter

Her most recent video, uploaded about an hour before the Instagram announcement, was pre-scheduled and followed Thea's experience with a milk bath. It also showed moments from her maternity photo shoot.

Thea, who had almost 100,000 subscribers on YouTube and 200,000 Instagram followers, built up a loyal following through years of dancing, makeup and fashion videos, before announcing she and Boga were expecting in April and sharing lots of pregnancy content.

For three months following their pregnancy announcement, Thea and Boga had shared their journey through their social media accounts and YouTube videos. Videos show a gender reveal, her baby wish list, maternity fashion, workouts and a belly cast.

In a video uploaded on July 1, Thea talks about her struggles through her second and third trimester.

She said she had found herself more emotional and began feeling sick towards the end of her second. She said she felt out of breath "24/7", and struggled with the motivation to remain active.

"I could walk to here to the end of the room and I'd feel like I'm dying," she said.

Thea would have turned 25 on July 29. Her son, Reign, would likely have just entered the world meaning the celebration of multiple milestones.

While her cause of death remains unclear for now, fans of the YouTuber have turned their grief into action by sharing statistics and petitions about the disproportionately high maternal mortality rate among black woman.

According to the UK Confidential Enquiry into Maternal Deaths, the chance of death is one in 2500 for black women. The rate was five times smaller for white women between 2014 and 2016.

For a while longer, at least, Thea and her son will live on through her pre-scheduled videos.