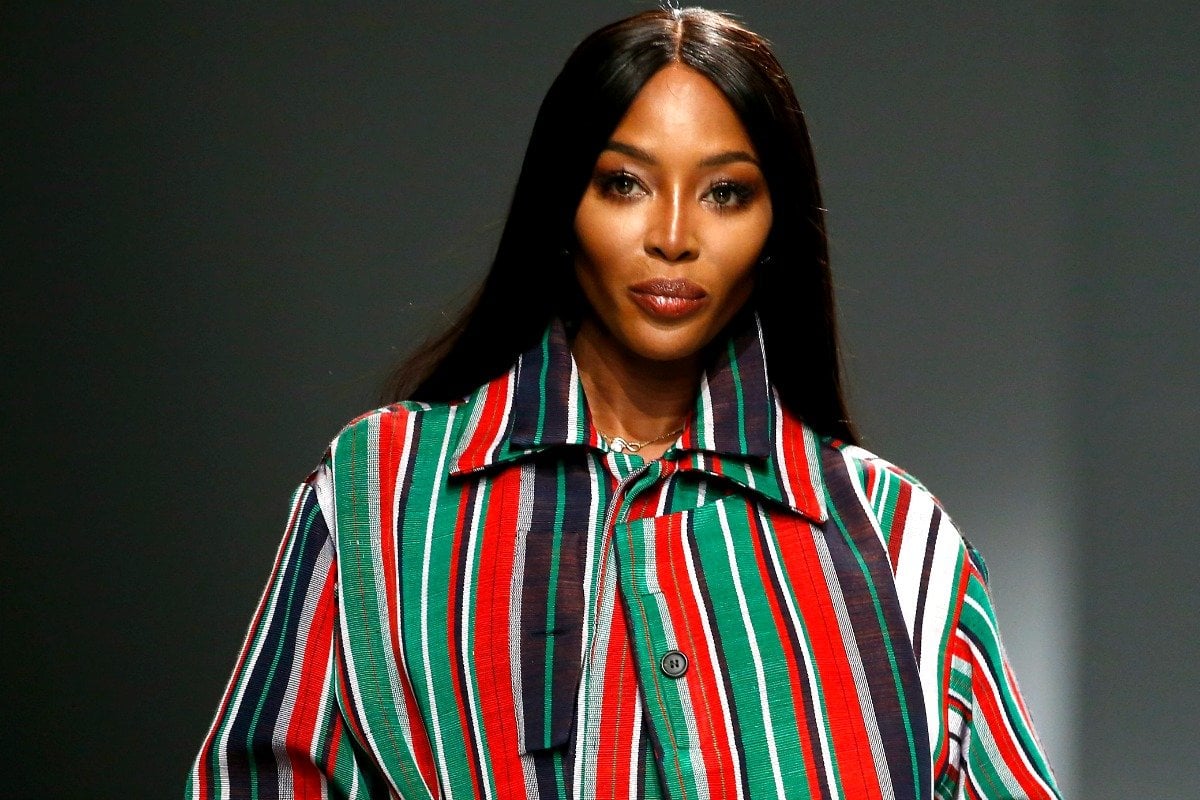 In the story of Naomi Campbell's life the words 'trailblazer', 'supermodel' and 'icon' were slowly scratched away and replaced with 'angry', 'difficult' and 'has been'.

From the 1980s, Naomi Campbell's star rose as she walked international catwalks, graced the covers of magazines and worked with the world's top fashion designers and photographers.

Yet over the decades, a new narrative has crept in, one that tried to erase her success and activism and replaced it with the caricature of a woman prone only to violence and tantrums.

The story of Naomi Campbell is a timely reminder that two truths can exist within the same person.

For instance, it's true that the model, entrepreneur and actress, now 50, has been convicted of assault on multiple occasions.

Listen to The Spill hosts Laura Brodnik and Kee Reece explain what we've all got wrong about Naomi Campbell.

Then in 2015, Naomi was sentenced to six months' probation for her 2009 assault on a paparazzo photographer after she hit him with her handbag for taking pictures of her and her then-partner.

These are all chapters of the supermodel's public life that are worthy of conversation and critique, yet in the case of Naomi Campbell this has been the dominating headline in the media landscape for decades.

She's certainly not the first woman in the public eye to have brushes with the law, yet somehow the 'angry Naomi' narrative stuck with her in a way it never would have stuck to white celebrities such as Reese Witherspoon (arrested for disorderly conduct) or Emma Roberts (arrested for domestic violence).

Even fellow supermodel Kate Moss, who has been removed from flights by police for being disruptive and faced numerous drinking and drug allegations, is still thought of in terms of her career first and her behavior second.

This is an idea explored in the latest issue of Vogue, where a cover story on the supermodel titled Trailblazer, Mentor, Provocateur: How Naomi Campbell Changed Modeling Forever tracks the "ceaselessly hostile press coverage she has received in her home nation" and the way her career led to a greater demand for Black representation in the fashion and media industries.

Throughout her career, the “angry Black woman" stereotype has dogged Naomi's every move.

She remained outspoken about her beliefs and abilities over the years but was still faced with the reality that, despite her supermodel status, she would always struggle to earn the same volume of advertising assignments as her white counterparts did.

She's spoken about the fact that Dolce & Gabbana refused to work with her until fellow models Christy Turlington and Linda Evangelista threatened to walk away from the brand saying "if you don't use Naomi, you don't get us".

"There is prejudice," she stated in 1997. "It is a problem and I can't go along any more with brushing it under the carpet. This business is about selling, and blonde and blue-eyed girls are what sells."

@naomi is our November issue cover star! She opens up to Vogue about half a century of life on her own terms. Tap the link in our bio to read the full profile. Photographed by @ethanjamesgreen, styled by @mr_carlos_nazario, produced by @apstudioinc, written by @afuahirsch, Vogue, November 2020.

In 2013 Naomi joined forced with fellow Black models Iman and Bethann Hardison in an advocacy group called Diversity Coalition and she was quoted as saying in 2009, "The American president may be Black, but as a Black woman, I am still an exception in this business. I always have to work harder to be treated equally".

When asked in her recent Vogue cover story about the subject of race the interviewer noted that she has "genuine fatigue" at the notion of the 'angry Black woman', a phrase that has been so explicitly linked to her career for so many years.

"There were a few things that I would do when I was younger that I was told were bad for my race," she told Vogue. "Now the things I do are not just for me anymore. I think more of my culture and my race, as opposed to thinking about just me."

“I am quite over it,” she says. “Is it now that we have permission to speak? Well, I have always spoken.”

It's undeniable that for many people the name Naomi Campbell is synonymous with anger, that as a group we have collectively decided, as we do for so many women in the spotlight, that she is just one thing.

In Naomi's Instagram bio lies a clue as to how she wants to presents herself to the world, and it's a far cry from the tabloid headlines that have followed her over the years.

It reads "model, actress, cultural innovator, activist, and privacy law pioneer" with the later phrase referring to how she set a new constitutional precedent over the right to privacy after she sued a tabloid in 2004 for photographing her attending Narcotics Anonymous.

It's going to take more than a Vogue cover to erase the “angry Black woman" tag that has clung to her for decades, but at least Naomi's own words show she is more than just one set of stories.

D
duyti a year ago

Reply
Upvote
I believe Virginia Guiffre. Campbell needs to be held accountable for her association with pedophiles like Epstein
G
gu3st a year ago