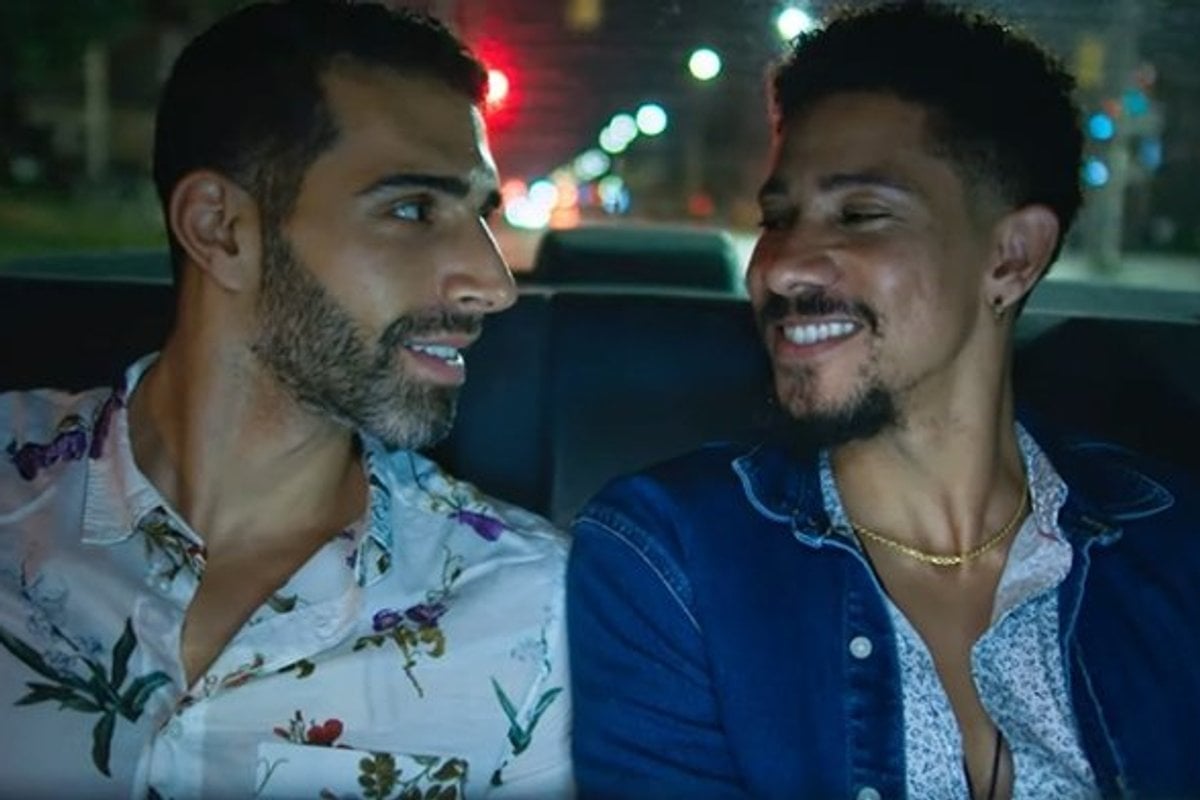 Love is hard to find and even harder to keep.

No one knows this better than Andrew (played by Australian Keiynan Lonsdale) in the new Prime Video movie My Fake Boyfriend, who is grappling with one major issue. He can't seem to keep away from his toxic ex-boyfriend.

Watch the trailer for My Fake Boyfriend on Prime Video. Post continues after video.

In response, his friends take control of his life (Dylan Sprouse and Sarah Hyland) and decide to create a fake boyfriend for their pal, who goes by the name of 'Cristiano'.

Their perfect plan is anything but when 'Cristiano' becomes a viral and global sensation.

What makes it worse? Andrew has officially met a man who he believes could be special. 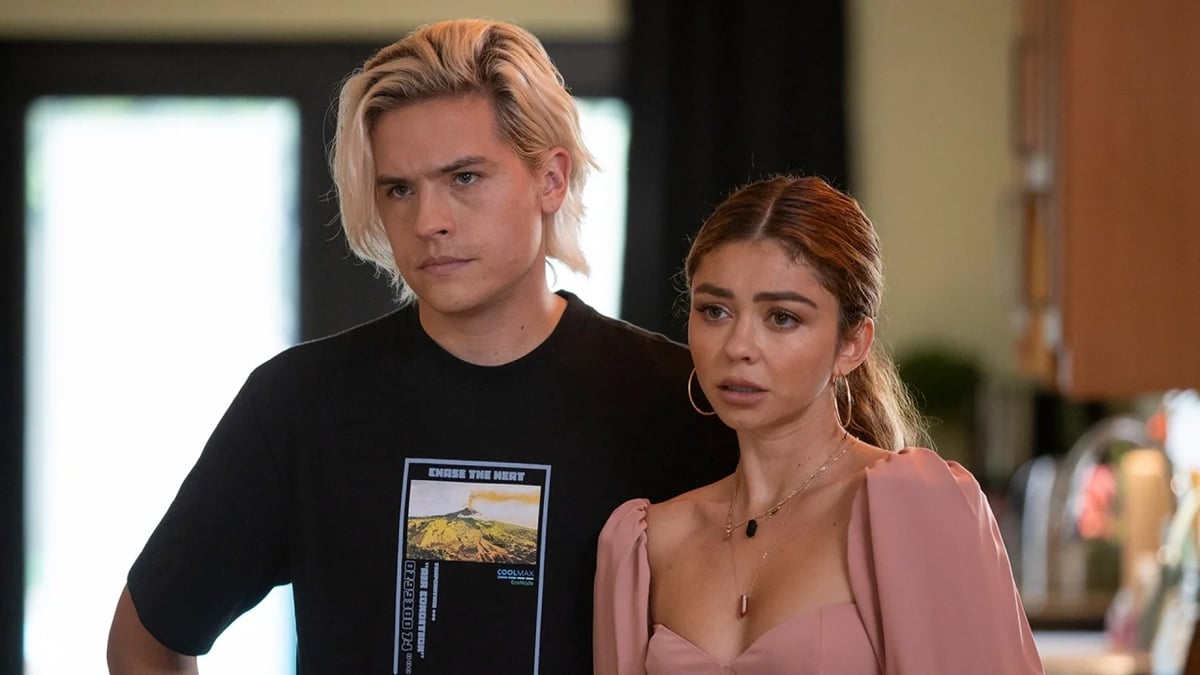 Of course, Andrew has no other choice but to end the fake fling, get rid of his jealous ex-partner for good, and charm the heart of Rafi, the kind restaurant owner he can't quite get out of his mind.

My Fake Boyfriend takes us from one twist to the next, with each turn more hilarious than the last... and it is exactly what we need in 2022. This joyful and heartwarming comedy comes at a perfect time for those wanting a healthy dose of 'unreality'.

For those who grew up watching Australian TV, you may already be familiar with Lonsdale, who acted in the ABC series, Dance Academy, back in the early 2000s. The young actor was born and grew up in the Western suburbs of Sydney before he made his way to Los Angeles to kick start a career as a musician alongside his acting.

Lonsdale to stardom when he took on a supporting role in the 2018 romantic comedy film, Love, Simon. His work on the beloved movie actually encouraged him to grapple with his own queerness.

Soon after the film's release, he came out as queer on Instagram.

Now, in 2022, he has found the ability to relate to his character in My Fake Boyfriend, as he navigates his own personal and romantic life in the LGBTQIA space.

"I identify with [Andrew] in many ways," he told GQ earlier this year. "I understand his awkwardness and his missteps. I mean, for the first time, I’m dating… like, honestly… not in secret. And I’m finding myself in some not so great relationships, where I’m spiralling into dark places because of love.

"But it’s teaching me a lot of patience, both with myself and with partners."

Listen to The Watch, Mamamia's monthly bonus episode of The Spill where the hosts talk through the one new TV show everyone is talking about. Post continues after audio.

Hyland has also become a familiar face over the years, thanks to her recurring role on the hugely successful comedy Modern Family, where she played 'Haley Dunphy', until 2020.

Dylan Sprouse is a star in his own right, after acting alongside his twin brother, Cole Sprouse, on The Suite Life of Zack and Cody, and Suite Life On Deck.

The film was directed by Rose Troche and written by Luke Albright, Joe Wanjai Ross and Greg Boaldin and is a must-watch.

My Fake Boyfriend is available to watch now, only on Amazon Prime.