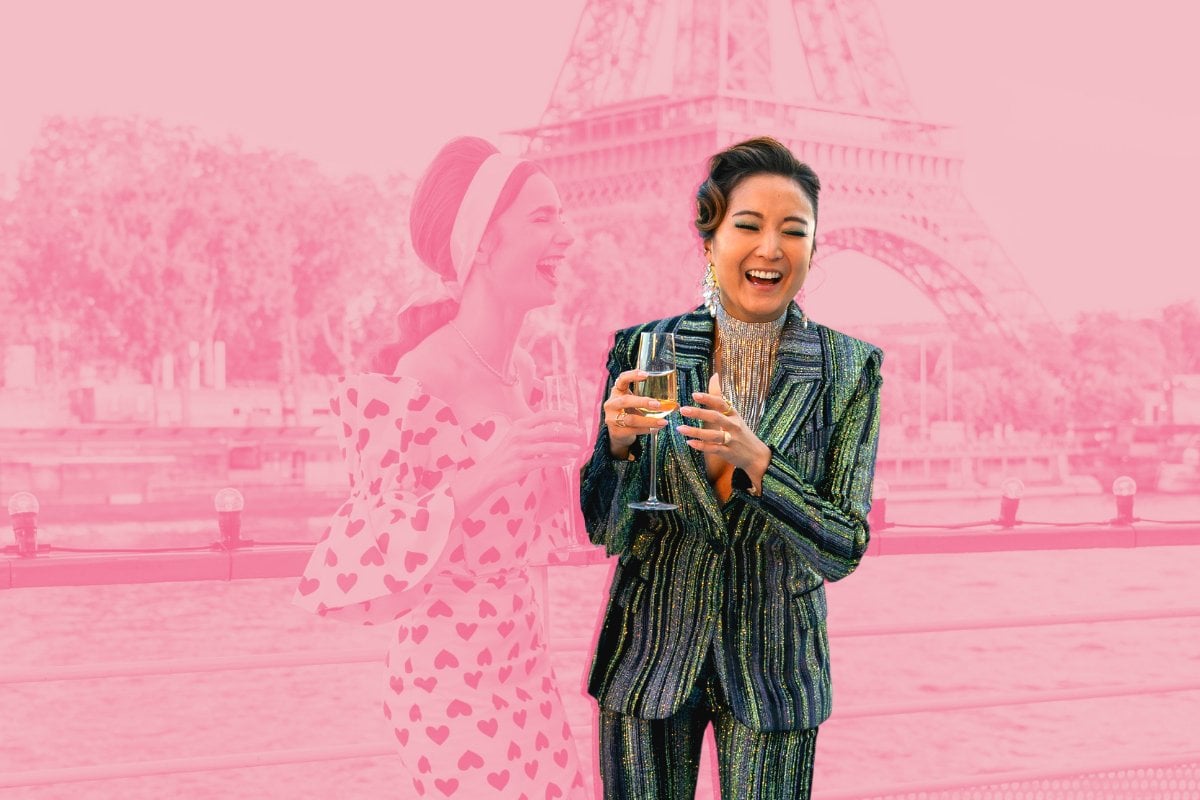 Season two of Emily in Paris begins just as season one did: with Emily out running in an outfit that would be better suited to a club. Seriously, who runs in a one-shoulder top??? Show your boobs the respect they deserve, Emily!!!

As it turns out, that's not the only thing that hasn't changed in the 14 months since this show arrived to somehow both brighten and ruin our lives.

In the show's second season, Emily is still in Paris and she has still not learned French. Gabriel is still hot and Camille is still way cooler than both of them. Mindy, Emily's over-the-top former nanny bestie, is still the most interesting person on this show, by far.

Watch: The trailer for Emily in Paris season two. Post continues below video.

Despite a (baffling) Golden Globe nomination in 2021, Emily in Paris is not at all groundbreaking.

But it could have been.

Emily (played by Lily Collins) is an overly peppy millennial social media marketing executive who was unexpectantly transferred to her company's Paris office at the beginning of the series, and she spends season one's 10 episodes failing to emerge herself in Parisian culture.

She becomes one of Paris's biggest social media influencers after she posts a photo of herself biting into a croissant (???), makes new friends, falls in love with her hot chef neighbour, and learns that he has a girlfriend who is also... one of her new friends.

That's pretty much the entire plot.

If you put the characteristics of rom-com leads from past decades into a machine learning AI and asked it to create a character, it would spit out Emily.

She's adorable, but bland. She's smart, but also clueless. She's meek, but her wardrobe full of bold clothes she could never afford IRL tell us that she's also confident. Male characters fall over themselves to be with her. She excels at her pursuits despite all logical signs pointing to her not. Oh, and she became Instagram famous for doing literally NOTHING.

The bottom-line is that Emily is boring. She gives us nothing new. We've seen characters like her a million times before.

Do you know who isn't boring?

When we first met Mindy (Ashley Park), she was working as a nanny for a wealthy Parisian family. That's instantly more interesting than Emily.

I mean, hello? Imagine the rich, French gossip she has overheard!

Beyond that, she has a much better backstory than Chicago's gal-next-door Emily.

Mindy has run away from her life in China, and in turn strained her relationship with her very wealthy family. Her parents still live in Shanghai, and Mindy calls her dad the Zipper King. He's so rich that workers at a luxury hotel in St. Tropez know who Mindy is just by her last name.

Pre-Emily turning up in Paris, Mindy appeared on a Chinese singing talent show but bombed her performance, turning her into an internet meme.

She left China out of embarrassment and moved to Paris to attend business school, but ended up dropping out. Her disappointed father cut her off for this decision, so Mindy took on her nanny job so she could afford to stay in the city.

She's funny, bold and supportive, and unlike Emily, has obvious tension and fears to overcome. 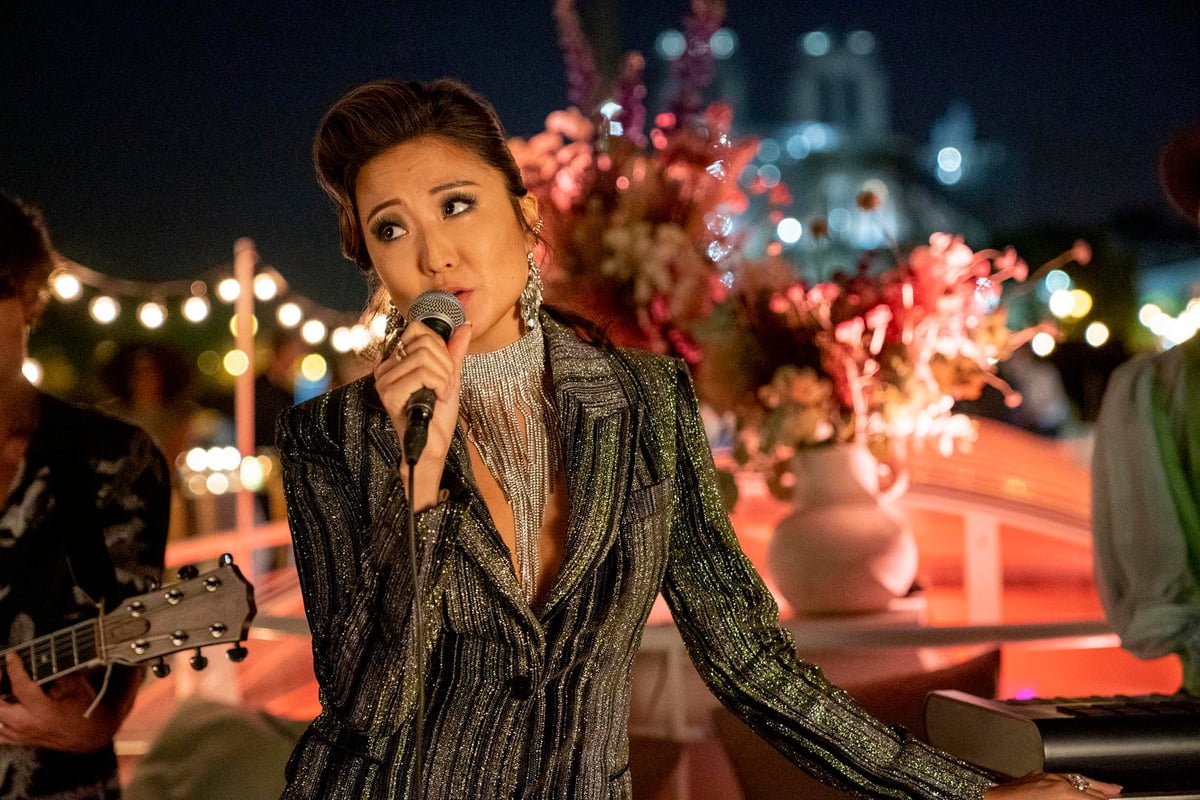 Mindy exudes main character energy, but she exists inside a realm that denies her the opportunity to be that main character. Instead, they chose the default setting: basic white woman from the American mid-West.

One of the main criticisms of Emily in Paris after its first season was that it lacked representation.

Besides not being an accurate representation of Paris, which is a culturally diverse city, it follows an outdated status quo in Hollywood, where actors of colour have less opportunity and often play smaller roles.

Ninety per cent of the people in Emily's orbit were white, and its few characters of colour were used as props to encourage or push her storyline along.

Mindy was the biggest example of this. She was a sounding board and a coach, guiding Emily through Paris and helping her not to f*** up at every turn.

As Refinery29 Canada writer Kathleen Newman-Bremang wrote in a January 2019 article about TV's reliance on mediocre white women: "Women of colour have to be exceptional just to be included, and they are still overshadowed by lead characters who are presented as stimulating just because they showed up."

(This is no criticism of Lily Collins, FYI, who I think plays the role of Emily with the perfect balance of 'wide-eyed' and... 'eyebrow raised'. She's great, and the issue is bigger than this one character!)

The Emily in Paris crew listened to the criticism and promised to do better in season two.

In the new season (no spoilers), Mindy is fleshed out more, and has her own storylines adjacent to Emily's. They also happen to be the most enjoyable to watch. 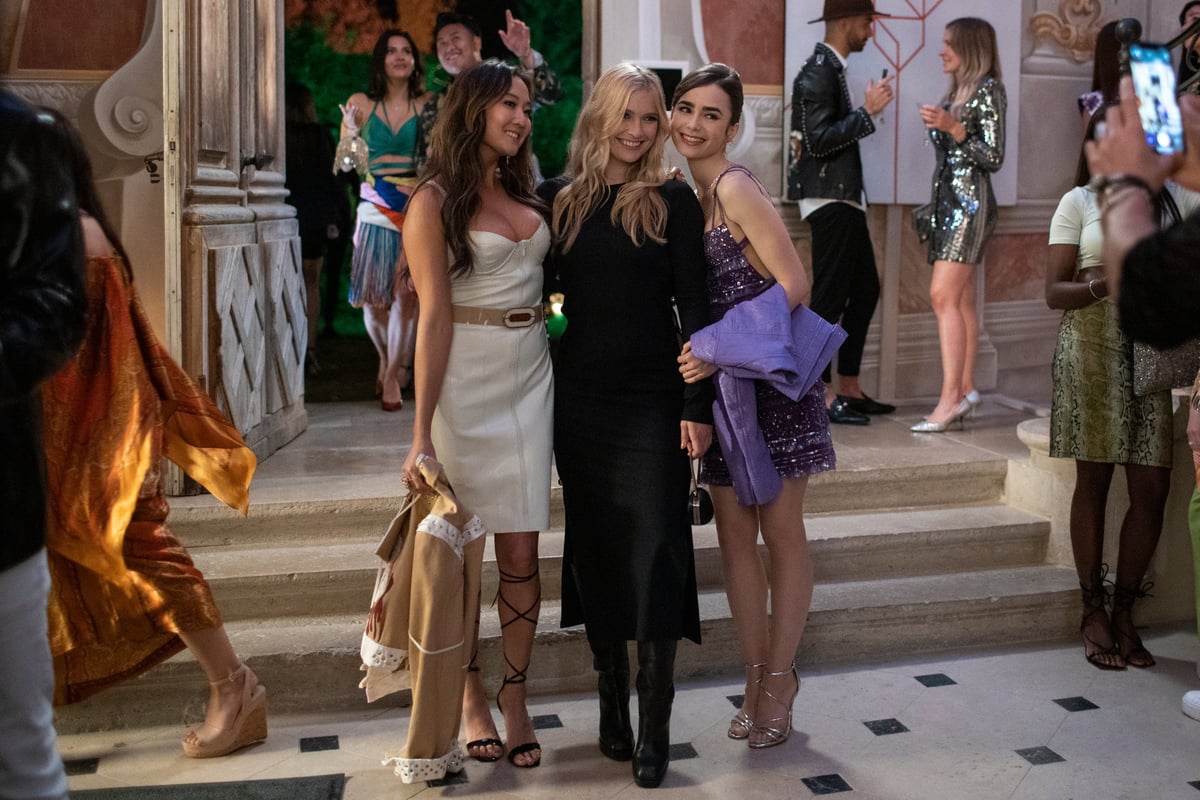 Ultimately, Emily in Paris is a bad show, but in a good way. It's a ridiculous and sugary binge-watch, and admittedly, its second season has arrived at a time where it feels like something this silly and light is exactly what the world needs.

It's not designed to be prestige television.

But with more care, or foresight - and yes, a different lead - it could've been a genuinely great series, worthy of the buzz it creates online and the Golden Globe nomination that turned so many heads.

Mindy could still wander around Paris in impractical shoes and have a wardrobe full of berets, but the series would have more substance than the loveable buffoonery we have been given with dear Emily.

In 2021, a major (Western) series of this magnitude based around an Asian lead shouldn't feel unattainable.

Consider this a petition for a Mindy in Paris prequel or sequel, please.

Reply
Upvote
Basically this is a show that celebrates mediocrity. Emily is glorified for being absolutely ordinary, unexceptional and bland. Meanwhile, absolutely every other character is far more interesting and engaging than Emily, and yet, Emily remains the main character. What's with that?
C
cat 8 months ago