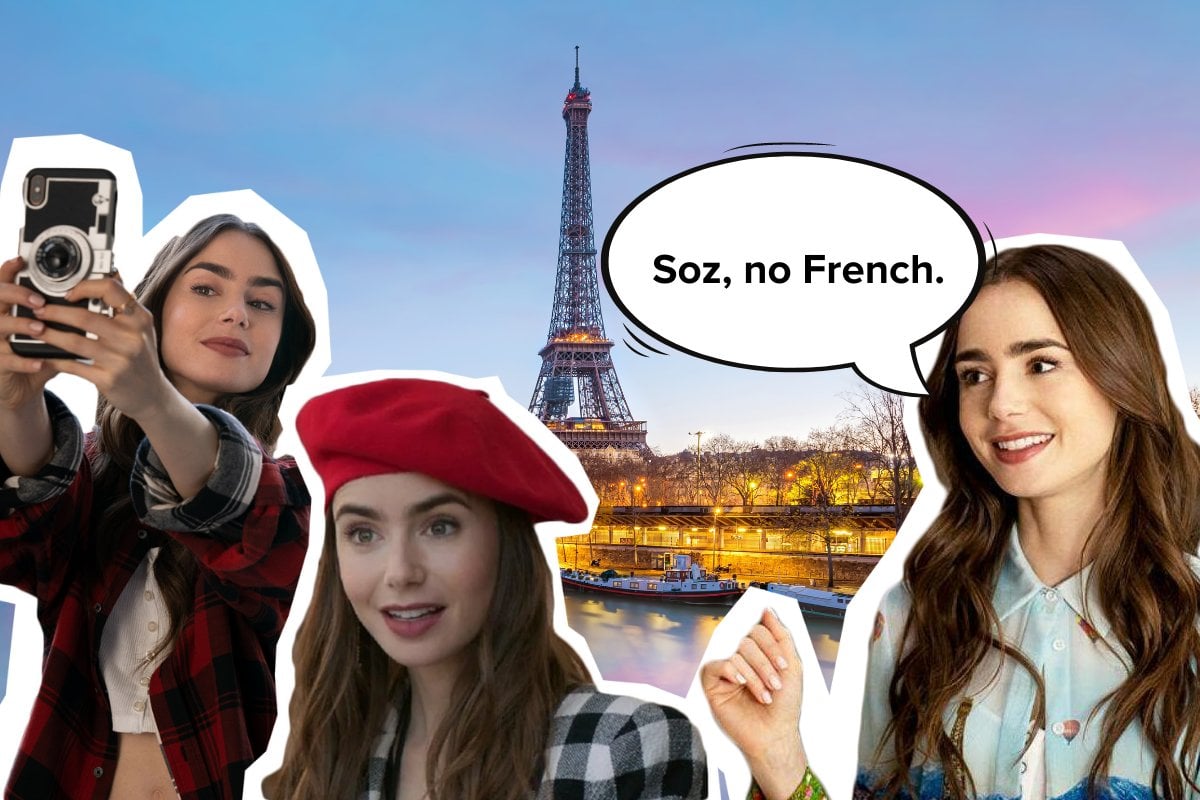 We open on McDreamy's ex-wife talking about her big transfer to the Paris office.

It's confusing for all of us because last we heard she'd opened up a Private Practice in Los Angeles. ¯\_(ツ)_/¯ 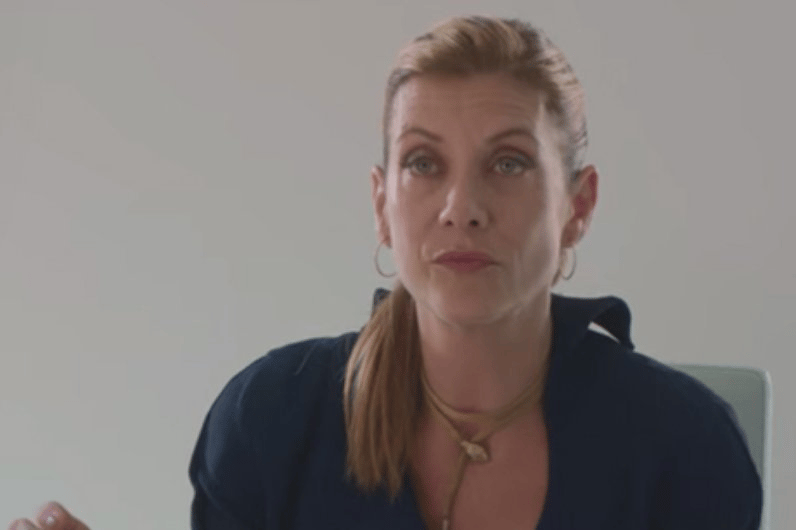 SWEETIE, WHERE IS MCSTEAMY?

She immediately vomits in the bin under her desk.

We find out that instead of making a revolutionary TV show about a pregnant woman in her 40s, who moves to Paris to raise the baby and pursue her dream job... this girl be going to Paris. 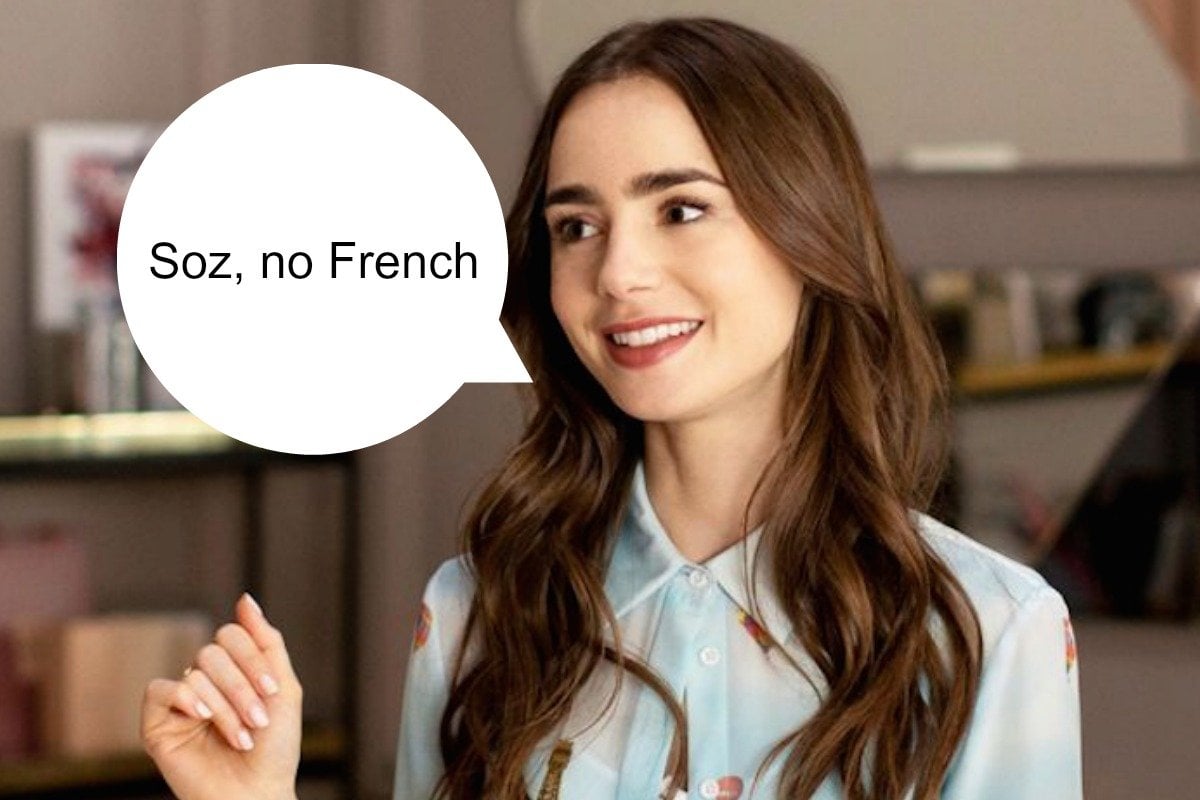 "I'M FROM AMERICA."  It's at this point that I'd like to remind you that only one Emily deserves to go to Paris...

As soon as she arrives in Paris, Emily changes her Instagram handle from @emilycooper to @emilyinparis just in case we, and also her 48 Instagram followers, forgot this is a TV show about a woman named Emily... going to Paris.

Emily turns up to her new office, and it becomes abundantly clear that her colleagues, especially her new boss Sylvie, don't want her there. 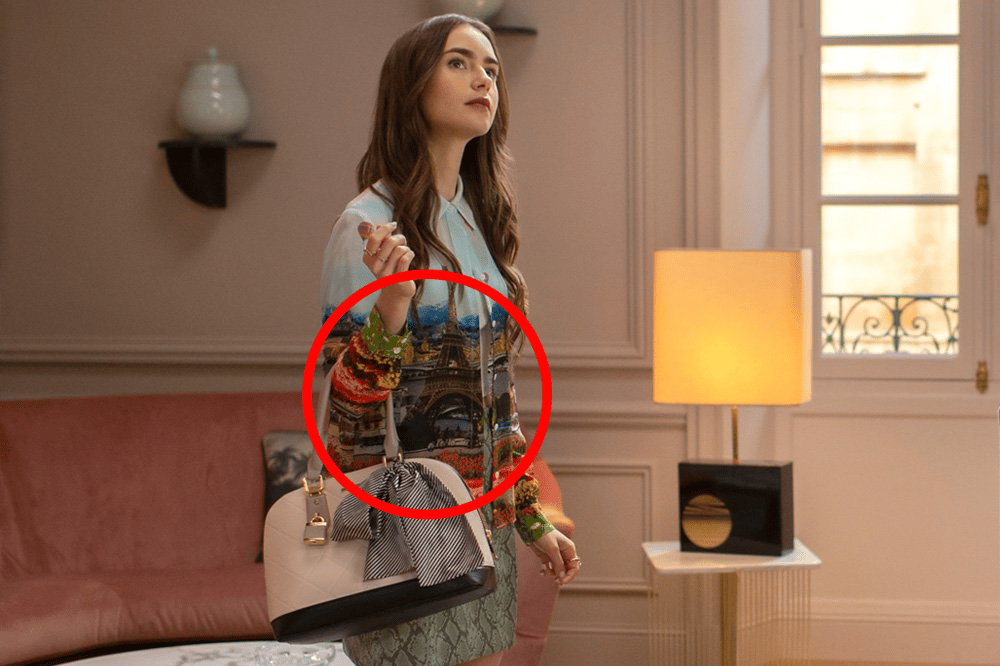 GURL. FRENCH PEOPLE WERE NEVER GOING TO LIKE... THAT.

Emily immediately begins telling the founder of the business how he should do things with all the confidence of a 25-year-old social media manager.

After a hard day of annoying every single person at the office, Emily walks up the five flights of stairs in her apartment building and tries to break into the wrong apartment.

In a twist precisely no one saw coming, a hot French man opens the door.

His name is Gabriel, and I need to talk about his... face. 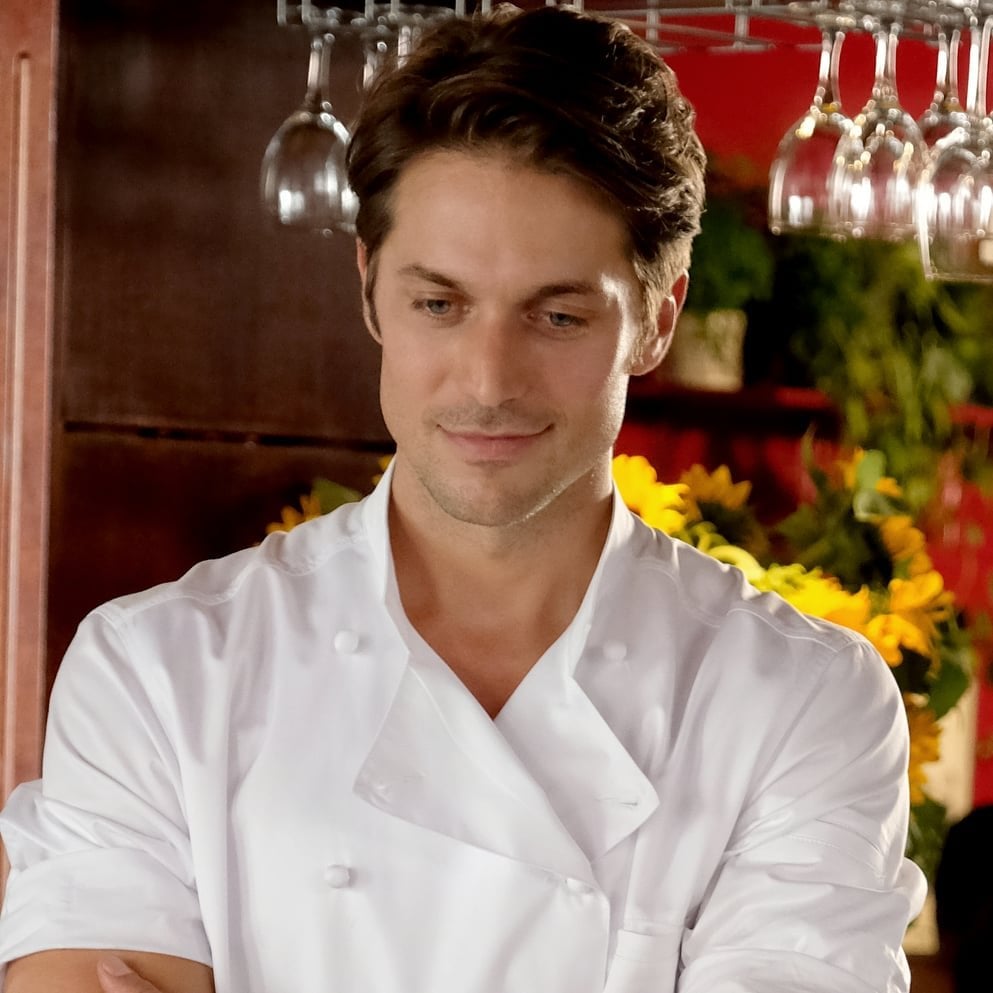 Gabriel finds everything Emily says and does utterly fascinating even though she repeatedly attempts to break into his apartment and still refuses to speak his language.

The next day, Emily meets Mindy Chen in a park. Mindy is a rich kid from Shanghai who has run away to Paris because she doesn't want to live the life her rich parents have mapped out for her. 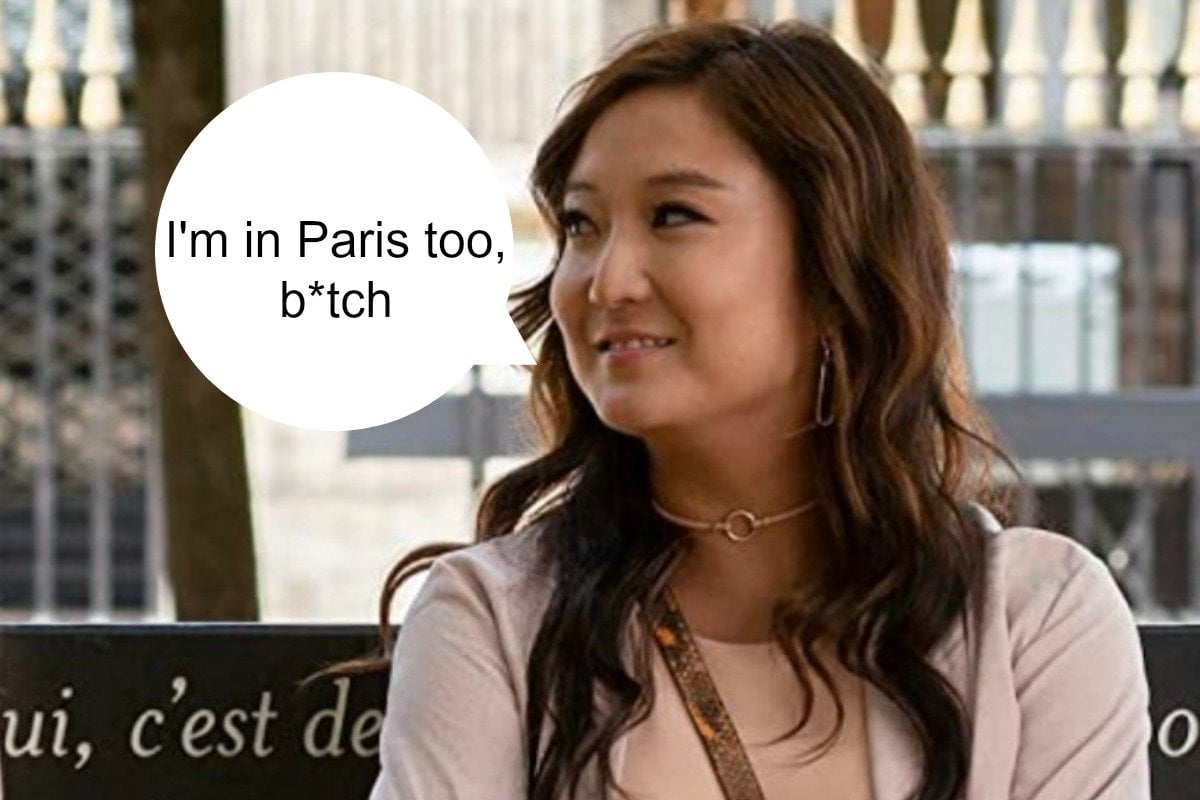 "But I don't have my own Netflix series, do I?"  It immediately becomes clear that Mindy In Paris would have been a far more interesting series.

Emily's basic boyfriend calls her from Chicago at 3am so he can awkwardly wank over Facetime.

In episode 2, Emily tries to break into Gabriel's apartment again before heading to work to annoy... everyone.

At a client event that night, Sylvie tells her to stop eating the canapes and have a cigarette because once again we need to be reminded that Emily is in PARIS. 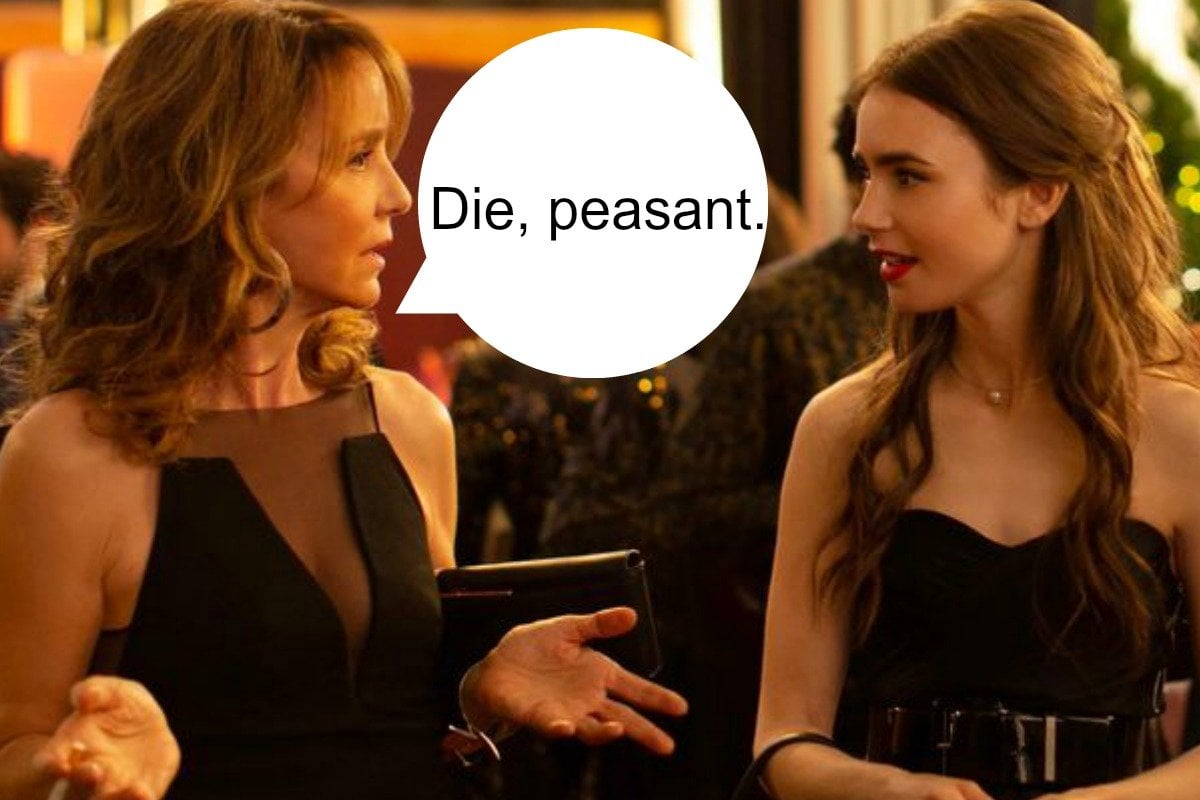 Emily goes rogue and pitches to the client who is named Antoine. He takes a liking to her which is controversial because PLOT TWIST he's already having an affair with Sylvie.

I CANNOT STRESS ENOUGH THAT EVERYONE IS NOW JUST SPEAKING IN ENGLISH.

Emily and Mindy go out for dinner at a restaurant and PLOT TWIST Gabriel happens to be the chef at that exact restaurant.

Strewth, this is just like when we found out Bruce Willis was dead the WHOLE TIME.

Emily's basic boyfriend breaks up with her. That's it. That's the whole plot point.

Emily's tweet about the vaginal douche goes viral after Brigitte Macron retweets it.

THIS SHOW IS BECOMING MORE AND MORE RIDICULOUS BY THE MINUTE AND SHAN'T STOP WATCHING IT.

Emily colleagues finally begrudgingly accept her even though Sylvie would a little bit still like her to die.

It's episode three and Emily has given up on subtle cliches and is now just wearing a full on beret. 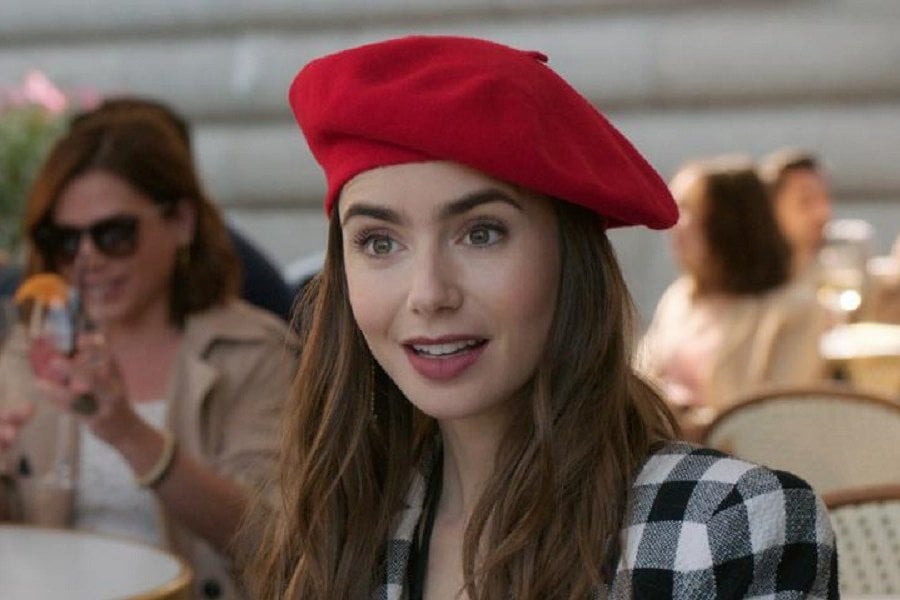 Her shower breaks, and in another shocking twist, she has to shower in Gabriel's apartment.

She decides to hand out a list of corporate commandments to her much older, more experienced colleagues, they respond by drawing a d*ck on them. Classic.

Emily goes to a party at Mindy's and meets a hot bloke who tells her he likes "American pussy".

In episode 4, Emily makes a new friend named Camille who introduces her to a potential new client.

She somehow manages to convince this client to work with Antoine's perfume brand and tries to book them all a table at one of the fanciest restaurants in Paris.

Obviously she does a f**k up with the booking and calls Gabriel and forces him to cook for them at his restaurant.

Which he does even though he hardly knows this strange woman in a beret who keeps trying to break into his apartment.

After dinner, Emily kisses Gabriel. Then Camille turns up and announces that she's Gabriel's... girlfriend.

By episode five, Emily has somehow become an influencer through posting photos of pastries on Instagram. ¯\_(ツ)_/¯

She goes to an influencer event and is deemed the best influencer in Paris (or something like that) and Sylvie tells her to delete her account and also to... go away.

Then she goes on an awkward date with Camille and Gabriel, and Gabriel later admits that he kissed her back.

WILL THEY/WON'T THEY ETC ETC.

It's episode six and I need a cigarette and also a pastry.

Emily offends a new client, designer Pierre Cadault, with her keychain and he takes to bed because he's just so disgusted by her mere existence.

She also has a one-night stand with a hot professor who turns out to be a bit of a d*ck.

But the most important plot point of this entire episode is the fact that before she came to Paris, Mindy was on the Shanghai version of Idol.

She choked on stage and became a viral meme. Because, of course she did. 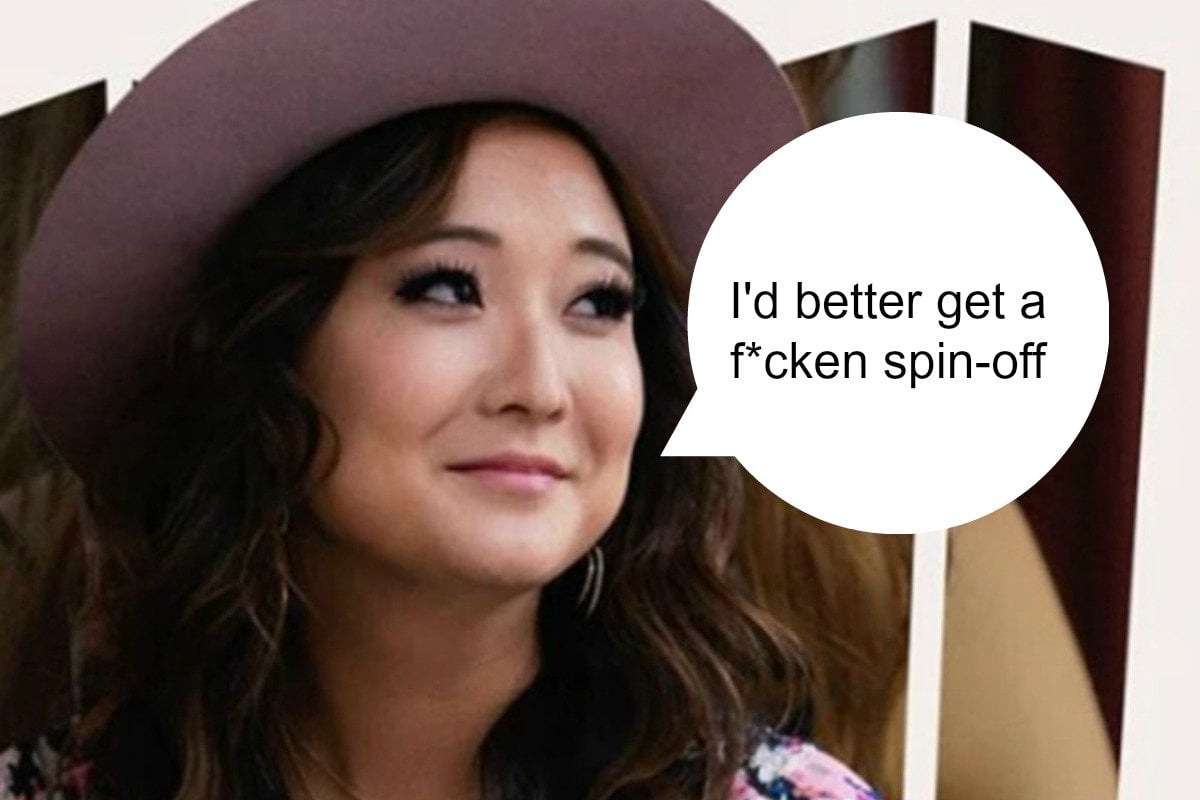 "It's almost as though I have an infinitely more interesting backstory."

In episode seven, Emily is tasked with looking after an American actress at an event.

Obviously she f**ks it up and then miraculously saves the day by the end of the episode.

I CAN'T WAIT TO SEE WHAT SHE F**KS UP AND MIRACLOUSLY SAVES NEXT.

It's episode eight, and Emily has agreed to travel to Camille's family's vineyard to suss out whether they could become a client.

In another twist precisely no one saw coming (except for Sylvie who probably hated it), Gabriel joins them at the last minute.

For reasons that remain unclear, Emily sleeps with Camille's 17-year-old brother, Timothee, thinking he was her older brother.

She somehow manages to land the vineyard as a client even though she should probably be placed on the sex offender's registry. 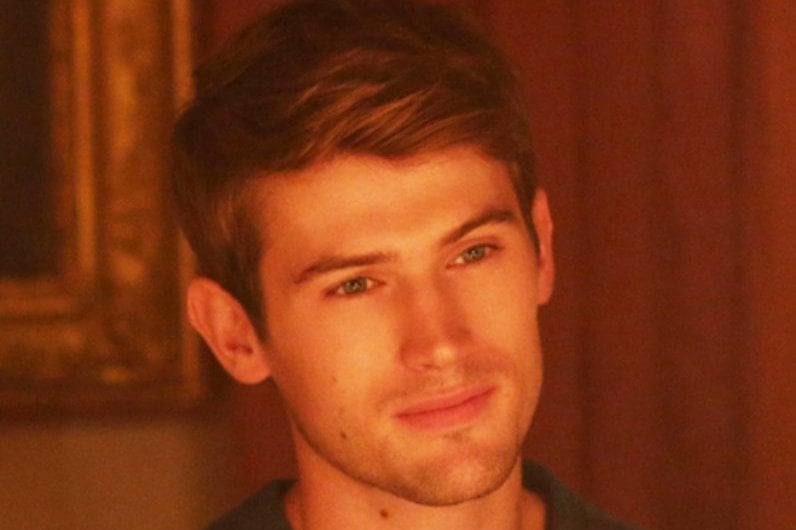 The small child in question.

While Emily is having sex with minors, Mindy is facing her fears and performing at a karaoke night in Paris.

It's episode nine and it wouldn't be a Darren Star show without the leading lady being humiliated on a runway.

Emily has to step in when a model pulls out of Pierre Cadault's runway. Two rival designers throw black paint on her and it's all very dramatic and... farshun.

Sweet angel Mindy has landed a singing gig at a drag bar. Her conservative bosses have found out though, so she's had to move in with Emily and her... berets.

Sylvie FINALLY gets to fire Emily after Pierre Cadault cancels his show and Emily doesn't tell Sylvie about it.

However, after her colleagues tell her it's impossible to fire someone in France, Emily just keeps turning up at work like Jaws popping out of the water.

Camille tells Emily that Gabriel has bought a restaurant in Normandy and he's moving there in a couple of days.

Emily is upset because she spent all that time breaking into his apartment for... nothing.

Gabriel tells Emily that he and Camille have gone their separate ways and Mindy is like F**K'S SAKE, HERE'S YA CHANCE.

Emily does a GRAND GESTURE by knocking on the door of the restaurant where Gabriel works and they hook up.

It's the next day and Emily is wearing another bloody beret. In another shocking twist, Antoine steps in and buys Gabriel a restaurant in Paris at the last minute.

HE DOESN'T HAVE TO GO TO NORMANDY AND HE AND EMILY CAN FINALLY BE TOGETHER.

But just when Emily thinks she's finally has everything she wants, Camille texts her about Gabriel staying in Paris.

Yes, her boyfriend still has a girlfriend who happens to be her friend.

WHAT A BLOODY CLIFFHANGER.

*Counts down the days until season two is released*