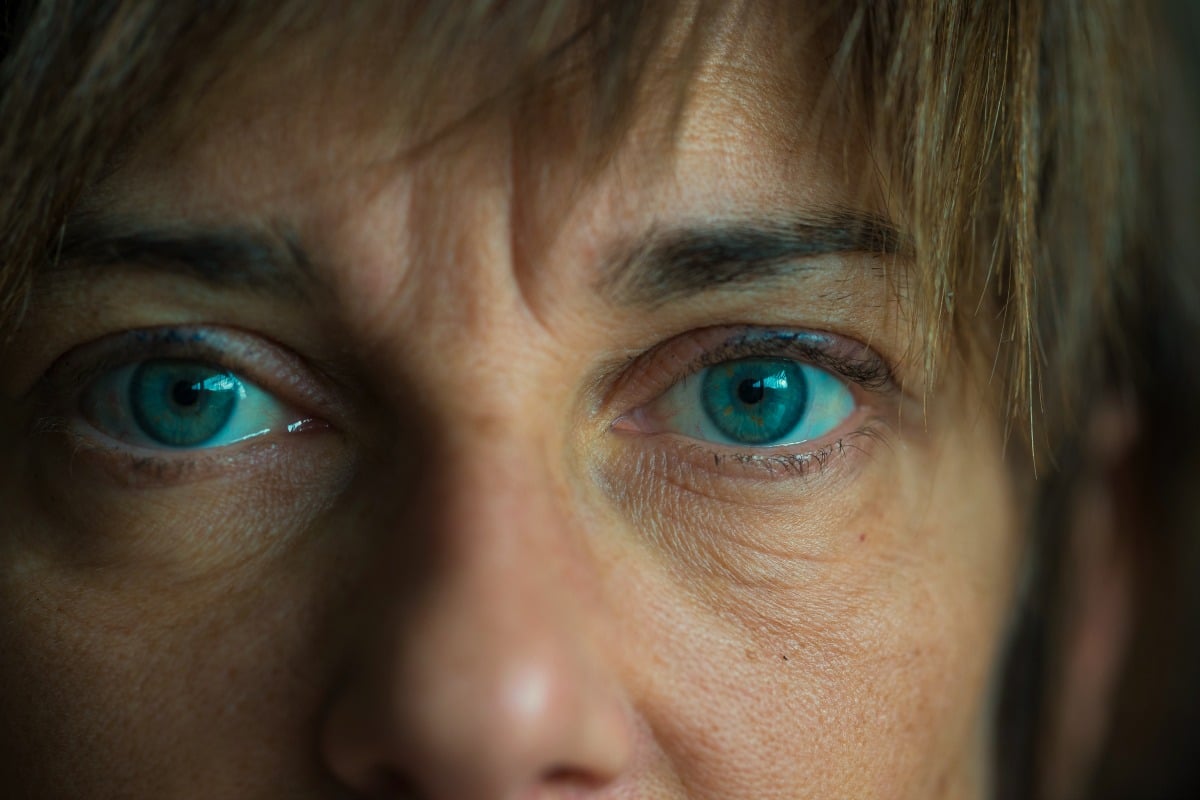 As the wife of a high-ranking Italian military officer, the 50-year-old woman (who will remain unnamed) was used to a high-flying life. A life of dinners with society’s elite, of parties and socialising. But over the course of two weeks, something changed. She heard voices. She became convinced that her phone was being tapped, and that the world was teetering on the brink of World War III.

This was a woman with no history of mental illness. She was high-functioning, physically healthy, active. She had a supportive family. But in the words of the Professor Jayshri Kulkarni, an Australian psychiatrist involved in her case, “things just went downhill”. Quickly.

The woman’s husband contacted Professor Kulkarni, a leading researcher in the field, seeking answers about his wife’s sudden psychotic illness. After consultations over video call, Prof. Kulkarni shared her hypothesis: the woman was in perimenopause.

The link between menopause and schizophrenia.

Schizophrenia is typically thought of as a young person’s illness. Of the roughly one in 100 Australians diagnosed, most are between the ages of 16 and 30. Yet among women, there’s also a second peak in diagnoses that occurs later in life, between the ages of 45-52.

The symptoms can range from hallucinations and delusions, to a lack of emotion, limited speech and inability to enjoy activities.

But why does it happen?

Prof. Kulkarni, Director of the Monash Alfred Psychiatry Research Centre and President of the International Association for Women’s Mental Health, explained that the exact cause of schizophrenia isn’t known. Instead, it’s believed that there’s a “two-hit strategy” that leads to presentation of symptoms. The first ‘hit’  is a genetic predisposition to the illness, and the second is a stress or trauma: “For example, loss of parental figures, migration stress, or the use of cannabis or other street drugs,” she said.

For women who experience symptoms in middle age, that second ‘hit’/stress is often considered to be a fluctuation in hormones, Prof. Kulkarni said.

“We’re not hypothesizing that it’s purely the hormone issue that brings on the schizophrenia,” she said. “But we definitely think it is very much a factor that plays in the development of the second peak of presentation.”


In some of these cases, the psychotic symptoms that emerge around perimenopause won’t be the first the woman has experienced.

“There are those who have had psychosis in their younger age group. They may have done pretty well with treatment, managed to get stable and have been able to get on with their lives. And they’re still maintaining the medications and other treatments,” Prof. Kulkarni said. “But at around 43-44, they start to get unwell again and need repeated hospitalisations. Everyone is scratching their heads, saying, ‘What the hell is going on here?’ Because nothing else has changed for her. She’s still in the same supportive network, et cetera. But what has happened is there’s been a shift in brain hormone with the menopause.”

But arguably even more distressing, are cases like those of the Italian woman. Women who have no history of the disease, whose symptoms emerge entirely without warning.

Treatment: using estrogen as a shield.

Schizophrenia is typically treated with antipsychotic medication, electroconvulsive therapy and psychotherapy. But in 2009, Prof. Kulkarni began publishing extraordinary research about the potential for a different kind of treatment: estrogen.

Her research is based on the ‘estrogen protection’ hypothesis; a theory that suggests the hormone estrogen has a “protective” effect in women who are vulnerable to developing mental illness. She notes that estrogen is a hormone that impacts on multiple brain chemical systems, including the serotonin, dopamine, and noradrenaline, which are involved in the development of mental illnesses, including schizophrenia and depression.

Hormone treatments are nothing new in medicine; they’re commonly used in the treatment of physical menopausal symptoms, even cancer. But Prof. Kulkarni’s research suggests using them in a different way. She argues that wearing a estrogen patch, for instance, can decrease women’s acute psychotic symptoms if used alongside her usual treatment.

“Endocrinologists and gynecologists quite happily use hormone treatment,” she said. “So what we’re saying is: in the case of somebody who has these psychotic symptoms and they’re not getting better, and they’ve come on in the middle-age group, think think about using a hormone strategy.”

The use of standard estrogen treatment isn’t without health risks. It’s been linked to blood clotting disorders and an increased risk of developing tumours in breasts, ovaries and uterus. But technology is available for close monitoring. The major roadblock at the moment, according to Prof Kulkarni, is more of a cultural one within the medical community; that is, getting psychiatric clinicians to think outside the traditional framework.

“If a middle-aged woman starts to deteriorate in mental ill-health – whether it’s for the first time or whether it’s because of a relapse of a preexisting condition – it would seem almost common sense to think, ‘What else has changed?’ But we haven’t been able to get there yet,” she said. “[To change that] It’s about empowering women, who often have the intuitive sense of what’s changed, what’s going, on what’s gone wrong, to ask the question. Because when they do, the literature is there.”

A
Alberto Castillo 3 years ago

Excellent article. Much here I didn't know before. As a community, we need to recognise this problem and ensure assistance is available as soon as individuals presenting with this illness are identified. Suffering benefits nobody.