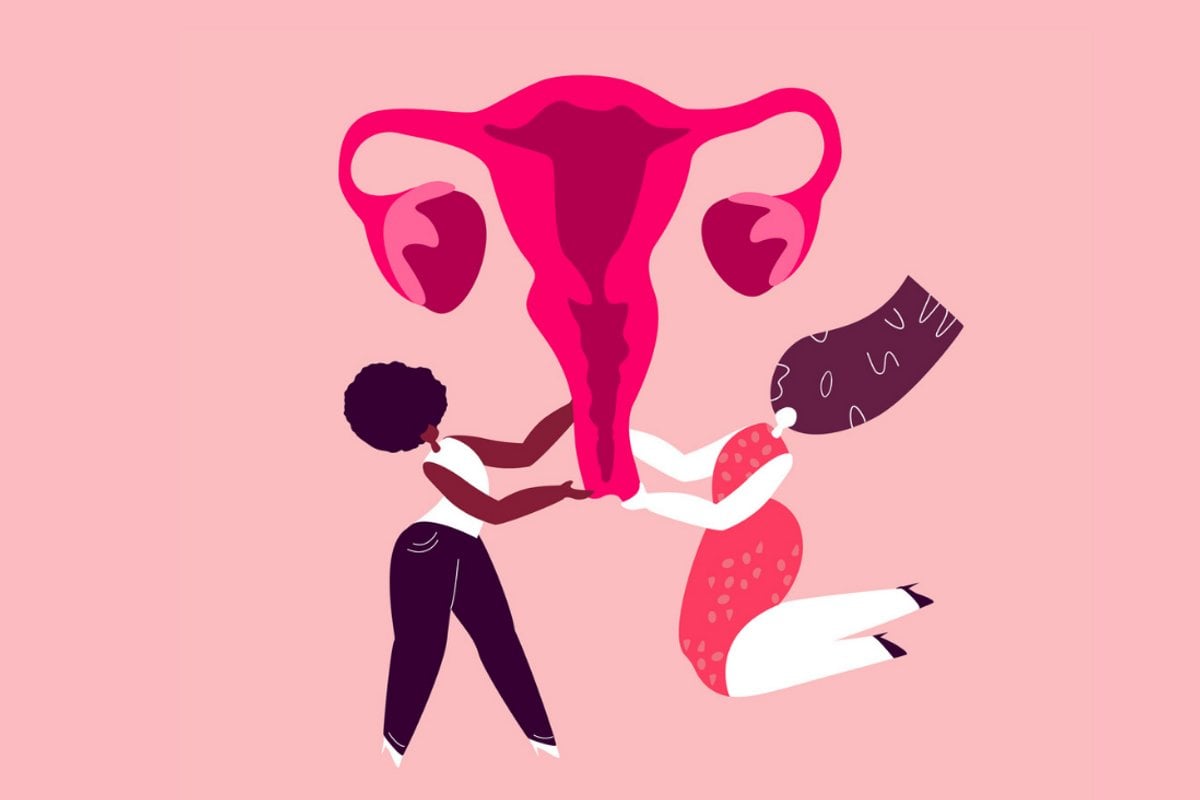 When I was in fourth grade, I wore a size 28AAA bra.

AAA is not a size. It’s just a nice way saying “you have literally zero breast tissue.”

I think this is probably influenced by hormone-infused food. I’m guessing chicken — no offence to the chicken.

I think hormone-infused food may also be the reason that my uterus is trying to fall out of my body.

The average onset of menopause is 51.5 years. Or so say studies.

I would argue that “studies” may need to be repeated.

At least for my biological purposes, menopause seems to be looming, just over that hill, on the other side of fertility.

Watch: How women feel about their periods. Post continues after video.

This suggests that the “onset” study is about as accurate as the “you shouldn’t drink red wine” study.

Time for a do-over, Science.

My most recent period was in February. The beginning of February, to be exact.

Well, that’s not entirely true. My most recent period is happening right now — which I will get to later.

I did not consider what “perimenopause” would look like for me. In my mind, I went straight from childbearing to rotund grandmother with an apron and an affinity for chubby toddler cheeks. I certainly didn't consider that it would be happening at 42.

The things happening to my body are both unexpected and unwelcome.