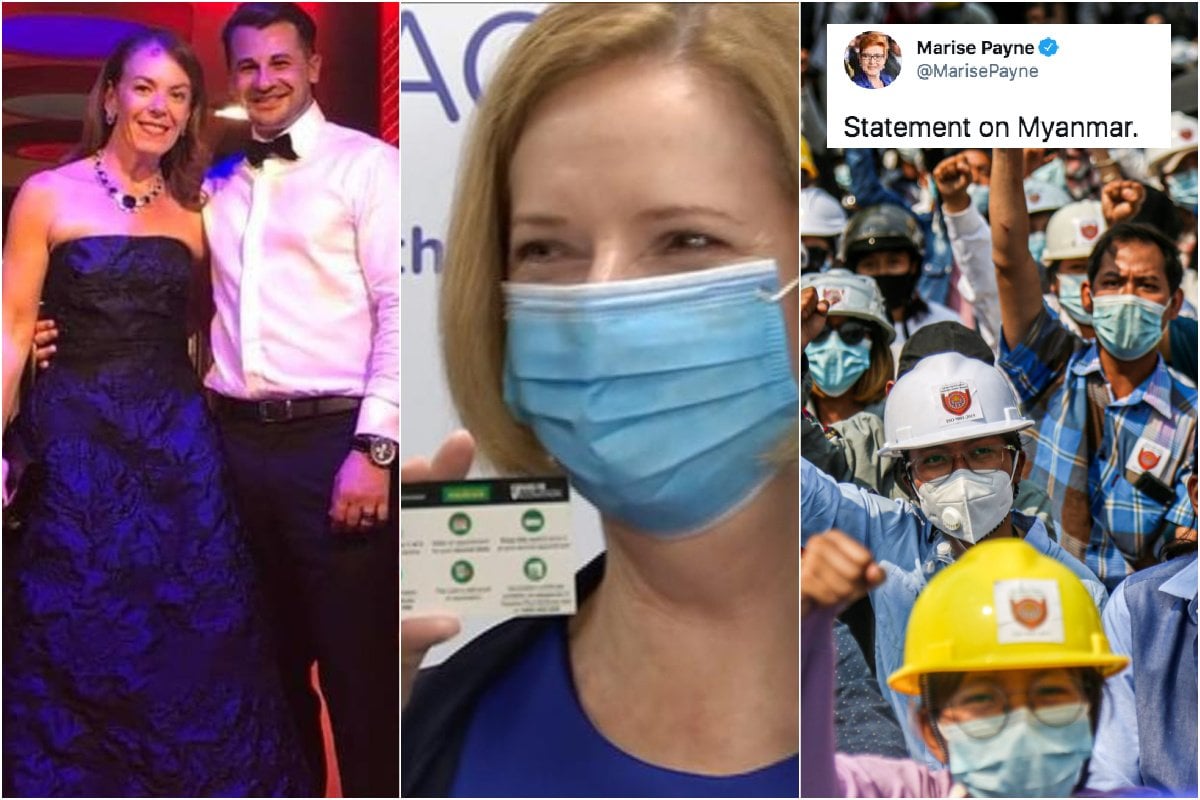 "He believes she was set up." Melissa Caddick's father-in-law gives update on his family.

The father-in-law of accused con-woman Melissa Caddick has told 60 Minutes, her husband Anthony Koletti is in "delusion and denial" as news of the 49-year-old's alleged crimes is made public.

Caddick, who went missing in November 2020, is accused of misusing more than $25 million of her investors' funds.

"He doesn't want to believe that the woman he loves and married is capable of it, but unfortunately the proof's stacking up so much against her," Rodo Koletti told Nine.

The father-in-law of accused con-woman Melissa Caddick has spoken out in a bombshell #60Mins interview as speculation continues to swirl around what really happened to the missing 49-year-old. https://t.co/PUBwg9vDeK

"He believes she was set up and he was going to look at suing ASIC and everybody else for raiding their house."

He says his son didn't know what was going on.

"Anthony is a hairdresser. I don't believe he has the capacity to know what a financial scheme is. I don't think he could have been in it at all or known what was going on," Koletti told Tom Steinfort.

A sexual assault counsellor has told Four Corners the woman at the centre of the Christian Porter rape allegation told her about the alleged incident in 2013.

It's believed to be the first time she ever disclosed the allegation, after it allegedly took place in 1988 when she was 16.

The counsellor has told the ABC that the woman disclosed to her an allegation about a boy she referred to by his first name as Christian. She said they were debaters together.

The counsellor told Four Corners that the woman was "extremely articulate", "not delusional", and volunteered the allegation of her own volition.

The woman reported her allegation to NSW Police in 2020 but the investigation was suspended after she died by suicide in June last year.

The accusations of alleged sexual assaults that have dogged the Morrison government's political agenda in the past three weeks aren't going away in a hurry.

On Sunday, Labor's Kristina Keneally questioned how Senator Linda Reynolds can be well enough to remain defence minister but not well enough to front up to questions in parliament.

Reynolds is extending her medical leave until April 2, missing the next sitting of parliament and a week of gruelling Senate estimate hearings.

"To be defence minister, to be any minister, you need good judgement and sound character," Senator Keneally told reporters in Sydney on Sunday

"What we have seen from Linda Reynolds is that she has neither. She needs to go, her position is untenable."

"To be any Minister, you need good judgement and good character. What we have seen from (Defence Minister) Linda Reynolds is she has neither." - Labor Senator Kristina Keneally @KKeneally #auspol @10NewsFirst pic.twitter.com/BpBxFLxctM

Senator Reynolds went on sick leave two weeks ago shortly after a former Liberal staffer Brittany Higgins publicly alleged she had been sexually assaulted by a colleague in the minister's office in 2019.

Senator Keneally also turned her sights on Attorney General Christian Porter, who is also on sick leave after being accused of an alleged rape of a woman in 1988, an attack he strenuously denies.

"Are we all supposed to just pretend when Christian Porter comes back from leave that nothing has happened?" Senator Keneally said.

"We need to be clear that he is a fit and proper person to hold the position of attorney general, the first law officer of this country."

The Greens, crossbench MPs and senators and others are calling for an inquiry.

Australia has suspended military co-operation with Myanmar and redirected aid to non-government organisations in response to escalating violence in the wake of last month's military coup.

Foreign Affairs Minister Marise Payne says the government has raised grave concerns about the increasingly bloody repression of protest since the ousting of democratically-elected Aung San Suu Kyi on February 1.

"We condemn the use of lethal force or violence against civilians exercising their universal rights, including the right to freedom of expression and peaceful assembly," Senator Payne said on Sunday night.

"We continue to strongly urge the Myanmar security forces to exercise restraint and refrain from violence against civilians."

Senator Payne said there was continuing concern for Australian economic professor and adviser to Ms Suu Kyi, Sean Turnell, detained in Yangon with limited consular access for over 30 days.

"We call for the immediate release of Professor Sean Turnell, State Counsellor Aung San Suu Kyi, President Win Myint and others who have been arbitrarily detained since 1 February," she said.

The head of the Australian Medical Association has questioned whether the Morrison government's October deadline for getting the entire population vaccinated against COVID-19 is too ambitious.

Just doing the simple maths, AMA president Omar Khorshid said it will be hard to get everybody through their two doses, three months apart by then.

However, he said at the end of the day Australia has no reason to rush thanks to Australia doing an "extraordinary job."

More than 4500 general practice clinics will participate in the next phase of Australia's COVID-19 vaccine rollout.

Former Labor prime minister Julia Gillard was among one of the first Australians to get the AstraZeneca COVID-19 vaccine on Sunday.

Former Prime Minister @JuliaGillard, Health Minister @GregHuntMP and Professor Brendan Murphy have urged all Australians to get the coronavirus vaccine when offered to them after receiving their first @AstraZeneca doses in Melbourne today. https://t.co/LYNg7bcnUJ #7NEWS pic.twitter.com/05JcViDEZs

Two weeks earlier Prime Minister Scott Morrison and Chief Medical Officer Paul Kelly were among the first to be vaccinated with the Pfizer jab.

Queen Elizabeth is imploring the Commonwealth to come together and embrace the spirit of community despite the challenges of the COVID-19 pandemic.

The 94-year-old monarch has urged unity as the focus of her Commonwealth Day message.

The Queen says the pandemic has been "a time like no other".

The Queen has stressed the importance of staying in touch with family in her Commonwealth speech - just hours before Harry and Meghan's Oprah interviewhttps://t.co/9aIxeV9Q62

"The testing times experienced by so many have led to a deeper appreciation of the mutual support and spiritual sustenance we enjoy by being connected to others," she said.

International Women's Day is an annual celebration of the social, economic, cultural, and political achievements of women, but new data out today shows the gender wage gap has widened during the COVID-19 pandemic.

Women suffered disproportionate job losses when the pandemic hit, and their jobs returned on a more casualised or part-time basis than men's did during the recovery, research released on Monday shows.

The Centre for the Future Work is warning that the government's approach to the economic recovery - with the expansion of casual work, public sector pay caps, and a costly childcare system - could worsen the pay gap even further.

- French billionaire and conservative politician Olivier Dassault has died in a helicopter crash.

- US President Joe Biden issued an executive order on Sunday designed to make it easier for Americans to vote as Republicans across the country seek to limit voting rights in the wake of the 2020 election.

Biden's executive order directs federal agencies to submit plans within 200 days to expand voter registration and distribute election information to voters. It also directs the US chief information officer to modernise federal websites and digital services that provide such details.