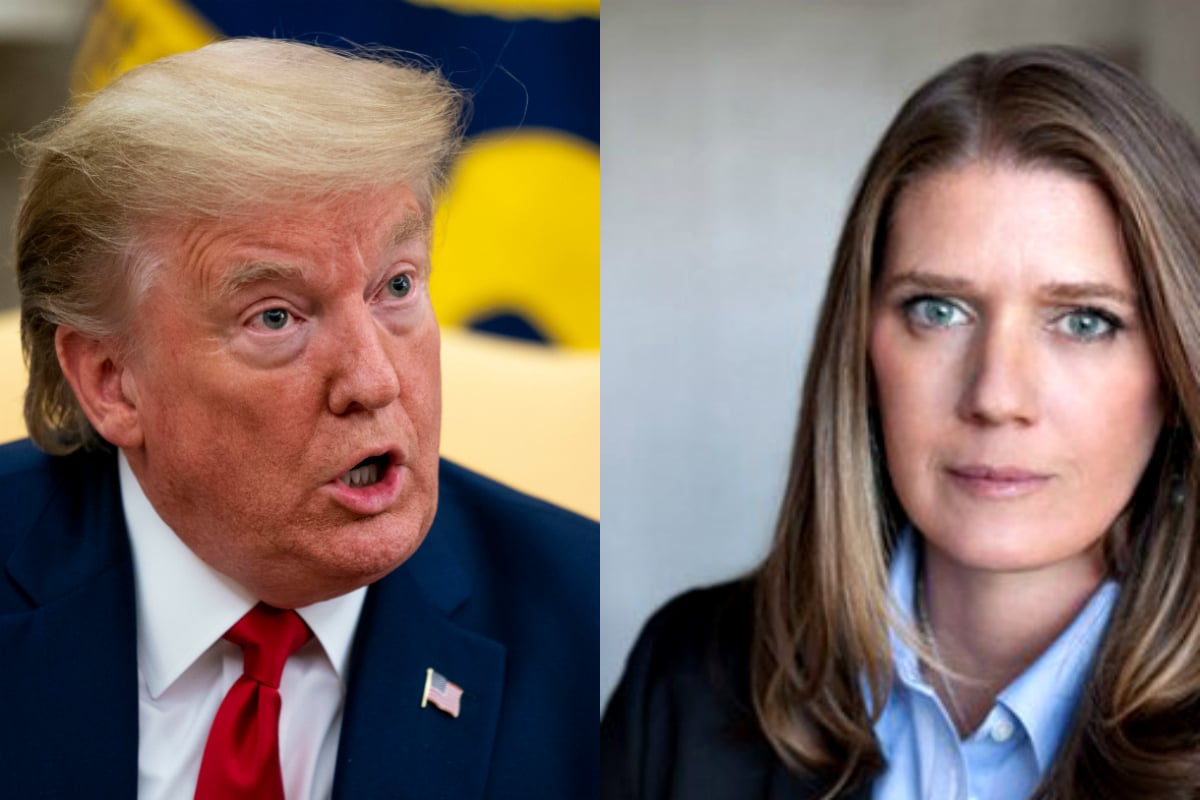 This week, the Trump family lost its latest effort to stop the publication of a book written by one of their own.

It's called Too Much and Never Enough, and has been penned by Mary L. Trump, the niece of US President Donald Trump.

The president's younger brother, Robert, had filed a temporary restraining order to stop the book hitting shelves next month, but the application was knocked by Queens Surrogate Court on Thursday. Still, their fight is not over.

Robert has vowed to take the case to the New York State Supreme Court.

So why the feverish attempts to block their niece's book?

The tagline may offer a clue: 'How my family created the world's most dangerous man.'

Here's what we know about Mary Trump and the book that could be part of the president's downfall.

Who is Mary L. Trump?

Despite being heir-apparent to the Trump real-estate fortune, “Freddy” showed little interest in the family business and trained instead as a pilot. He ultimately died in 1981 at the age of 42 due to complications of alcoholism.

Mary went on to become a mother and clinical psychologist, and holds a Ph.D. in psychology at Adelphi University and a master's in literature at Columbia. According to her publisher Simon & Schuster, she has taught graduate courses in trauma, psychopathology, and developmental psychology.

Despite spending much of her childhood at her grandparents' mansion in Queens, these days Mary is anything but close with her relatives, largely courtesy of a bitter dispute over her grandfather's fortune. (More on that later.)

She has little online presence, but her Twitter profile — which she hasn't posted to since 2018 — would suggest she is ideologically at odds with her staunchly conservative family.

At the time of the presidential election in 2016, Mary tweeted in favour of her uncle's opponent Hillary Clinton and described his victory as "one of the worst night's of my life".

This is one of the worst nights of my life. What is wrong with this country? I fear the American experiment has failed.

Hillary Clinton is an extraordinary human being and public servant. That she lost to this is unspeakable.

Her account also features a rainbow LGBTQI pride flag, a declaration of her pronouns (she, her, hers), and the hashtag "black lives matter".

As Simon & Schuster puts it, "she is the only Trump willing to tell the truth about one of the world’s most powerful and dysfunctional families."

"My aunt and uncles should be ashamed of themselves."

When Mary's grandfather, Fred Trump Snr passed away in 1999, she and her brother, Fred Trump III, contested the will, arguing they should have received their late father's share of the inheritance.

"When [Fred III] sued us, we said, 'Why should we give him medical coverage?" the now US President told The New York Daily News in 2000.

Asked if the decision was cold-hearted, he added, "I can't help that. It's cold when someone sues my father. Had he come to see me, things could very possibly have been much different for them."

Remember when Donald mocked the disabled reporter. This is Fred Trump III, with his disabled son. That disgusting display should have finished Donald as a viable candidate for President. #MAGA pic.twitter.com/8S1Deey6Pv

In the same article, Mary, then 35, stood up for her nephew. "William is my father's grandson. He is as much a part of that family as anybody else. He desperately needs extra care," she said. "My aunt and uncles should be ashamed of themselves. I'm sure they are not."

The matter was ultimately settled confidentially.

That agreement now forms part of the Trump family's case against Mary's book. 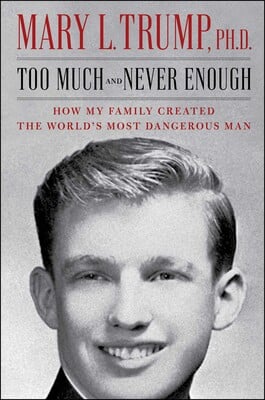 "She's not allowed to write a book," President Trump told Axios. "You know, when we settled with her and her brother, who I do have a good relationship with... [she] signed a nondisclosure."

He added that the agreement was a "very powerful one. ... It covers everything."

What is Mary L. Trump's book about?

The book, which is due for release on July 28, is described by publishers Simon & Schuster as a "revelatory, authoritative portrait of Donald J. Trump and the toxic family that made him".

According to the publishing house, Mary uses insight from "countless holiday meals and family interactions" as well as her education to reveal what makes her uncle tick.

"She describes a nightmare of traumas, destructive relationships, and a tragic combination of neglect and abuse," Simon & Schuster said. "She explains how specific events and general family patterns created the damaged man who currently occupies the Oval Office, including the strange and harmful relationship between Fred Trump and his two oldest sons, Fred Jr. and Donald."

The Daily Beast also reported that Mary Trump will reveal that she was the source of leaked documents that led to a major New York Times investigation into the president’s finances. The blockbuster 2018 probe found that her uncle wasn't the self-made financial success that he claimed himself to be, and that much of his wealth had been inherited from his father and used to prop up his failing businesses via murky tax schemes.

Whether these revelations, and no doubt many more, will ever see the light of day will be up to the courts.

Reply
Upvote
1 upvotes
The problem with all these tell-all books is that we already know Trump is a childish narcissist. I have no doubt that everything Bolton wrote about him is true, because the way he describes Trump acting in the Whitehouse is exactly how he acts in public. We know he is racist, corrupt, criminal, cruel, selfish, stupid and gross. Unless she can explain what is going on with his fake tan (why not get a professional, non patchy job?!) what more is there to say?
R
rush 2 years ago

Reply
Upvote
@cat I reckon he thinks we all believe that's his natural skin colour. He doesn't want a pro to do it, because then word might get out that it's fake tan/make up. 😉
B
birdie 2 years ago

Reply
Upvote
Do you seriously believe that a book written by a bitter woman is 100% accurate and will have an impact on arguably the most powerful government in the world? Like most people who write these books, she has an agenda and it’s nothing more than a ‘he said, she said’.
L
laura__palmer 2 years ago