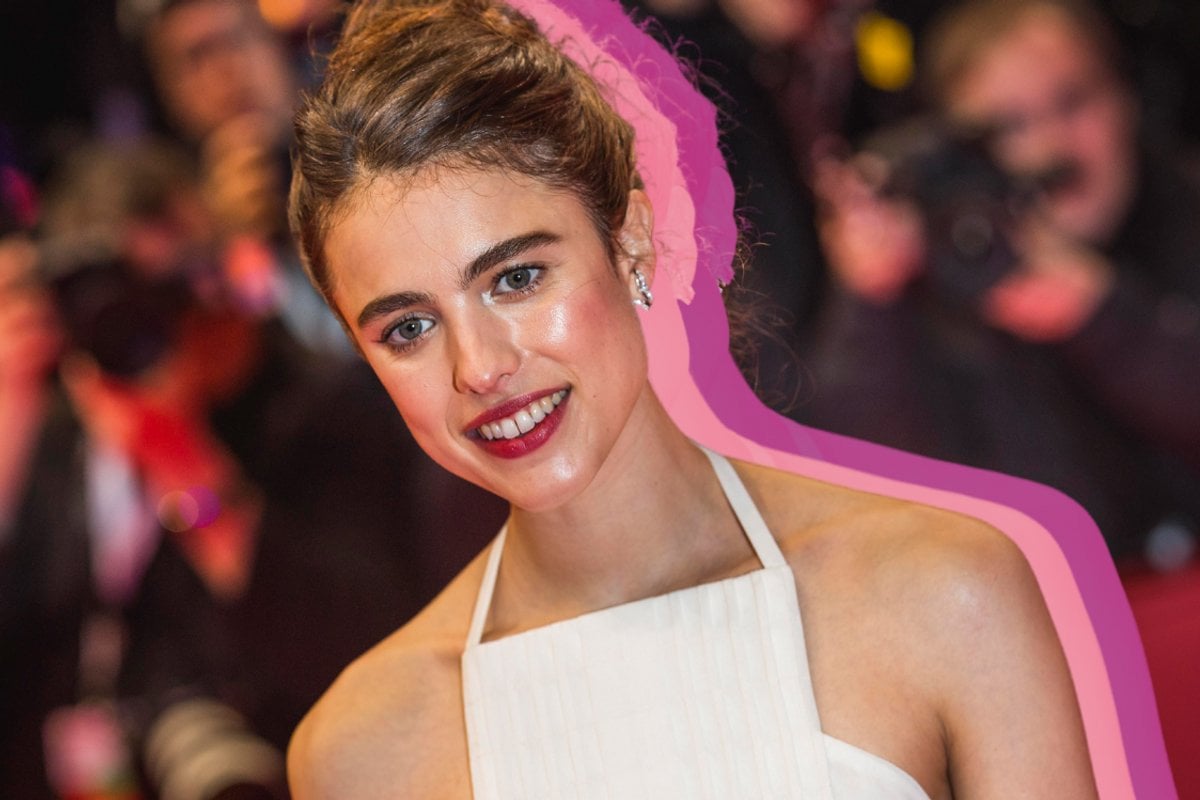 In 2019, Margaret Qualley emerged as the new Holywood 'It' girl.

That year, the 25-year-old received her first Emmy nomination for her role in the TV mini series Fosse/Verdon and worked alongside Quentin Tarantino in his hit film Once upon a time in Hollywood.

But while her acting career has only recently taken off, Qualley is no stranger to the spotlight.

As the daughter of Four Weddings and a Funeral star Andie MacDowell and Paul Qualley, the actress knows what it's like to grow up in the public eye.

Watch the trailer for Once Upon A Time In Hollywood. Post continues below.

Most recently, she's making headlines because of her rumoured romance with Shia LaBeouf.

Here's everything we know about Margaret Qualley's life beside the spotlight.

Her transition from a ballet dancer to an actor.

Her mother may be a famous actor but Qualley wasn't always interested in a career on the big screen.

"I didn't want to act because my mum does that and… I think people often don't want to do what their parents did," she told The Hollywood Reporter last year. 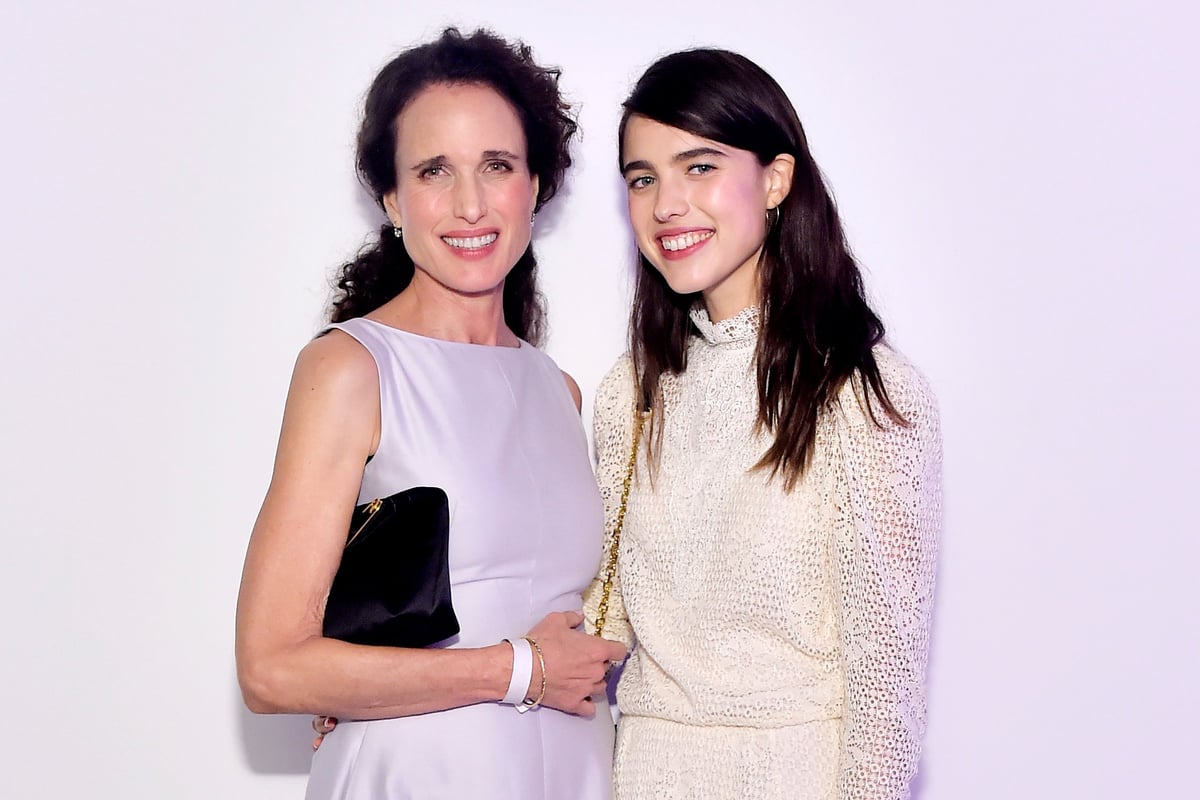 Andie MacDowell and Margaret Qualley. Image: Getty. Instead, Qualley began performing as a ballet dancer and attended the North Carolina School of the Arts. However, by the age of 16 she decided to quit and leave the dancing world behind.

"I didn't have the proper training when I was really little that would have made me be in the companies that I wanted to be in," she told Paper Magazine. "And I was like, if I'm not going to be the best, then it's not worth it. Which I know is a really messed up thing to say."

Qualley later caught the acting bug when she went to an improv class with her then-boyfriend, actor Nat Wolff.

"I was like, 'Oh, my God, I have so many feelings, and this is all I want to do'. What have I been thinking?" she told The Hollywood Reporter.

In 2014, she landed the role of Justin Theroux's on-screen daughter in the drama series, The Leftovers and two years later, she appeared in her first film The Nice Guys, alongside Russell Crowe and Ryan Gosling.

"I was super terrified for that one because, like, Ryan Gosling," she said. "My heart was racing and I was just like, 'I can't handle this. I've watched Blue Valentine too many times'." 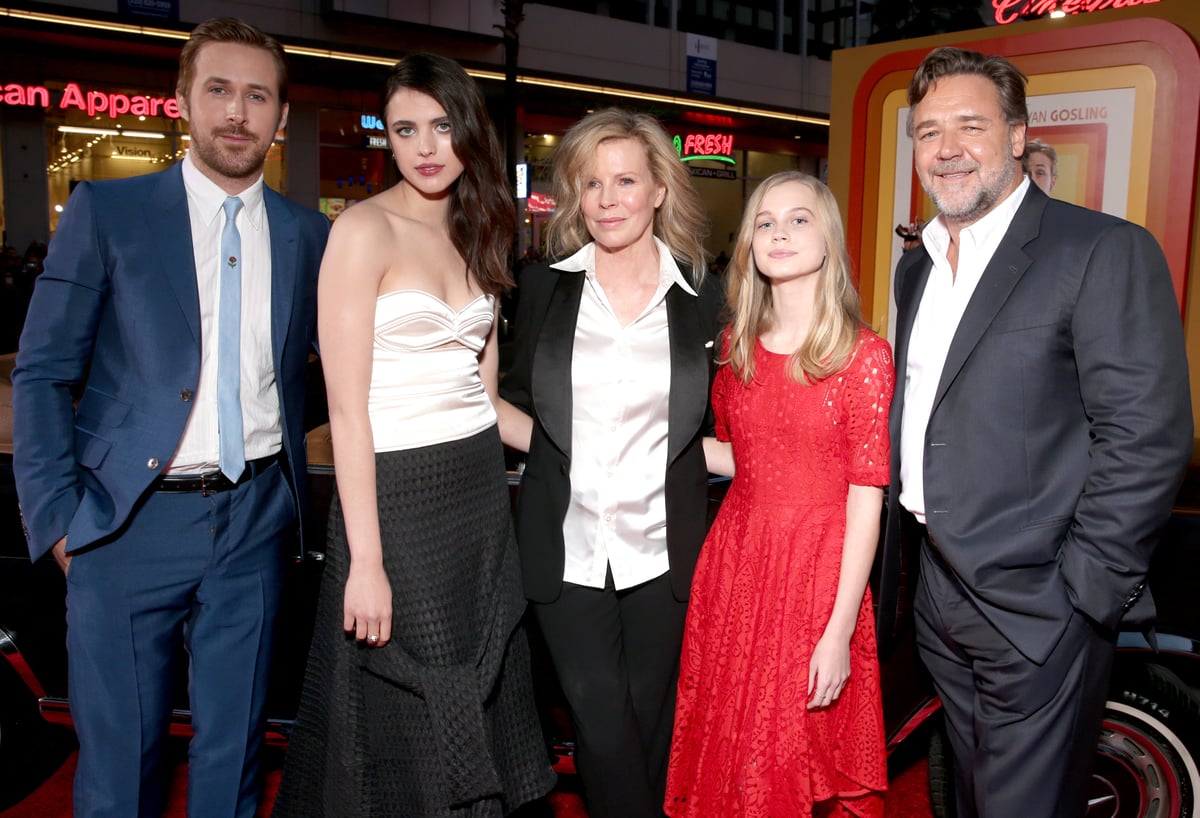 Margaret Qualley at the premiere of The Nice Guys. Image: Getty.

Margaret Qualley's breakout role in Once upon a time in Hollywood.

Qualley eventually got the opportunity to work alongside director Quentin Tarantino and Brad Pitt in Once upon a time in Hollywood.

But the actress didn't get the role straight off the bat. In fact, Tarantino put her audition tape aside for further consideration.

Qualley was later visiting her father in Panama, when she got a call from an agent telling her to come back to Los Angeles to read a scene with Pitt.

"I was like, holy freaking s**t, this is insane," she told IndieWire. "Obviously, I was terrified."

The 25-year-old ended up landing the role of Manson family member Pussycat who catches the attention of Pitt's character Cliff Booth. 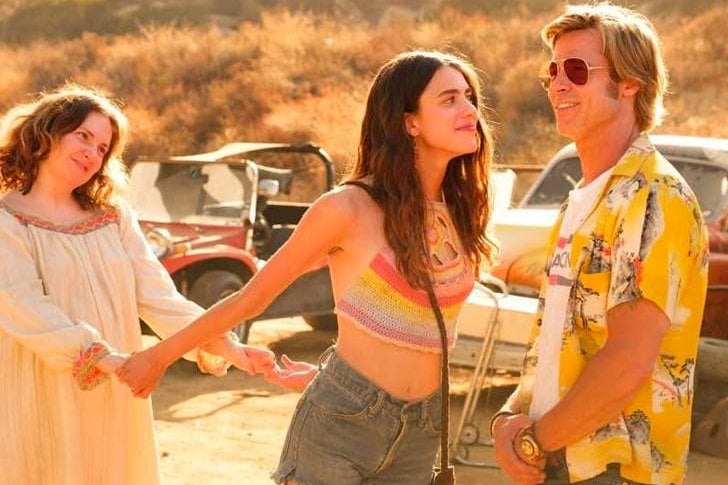 But while she gave a memorable performance in the film, there was once scene she wasn't entirely comfortable with. After being picked up on the side of the road by Pitt's character, Qualley was told to put her feet up on the dashboard of the car.

"I genuinely was like, 'Quentin, this is a bad idea. I don’t have good feet'," she told the publication.

"We had a big debate about it, me, Quentin, and Brad, with them trying to be like, 'You’re fine,' and me being like, 'No, guys, really, look, these are not good... I know that I undermine myself pretty regularly, but I’m genuinely telling you these are not good feet, look at these'."

Alas, she eventually agreed and filmed the scene with no regrets.

After the film, the rising star landed roles in films Strange But True and Seberg, alongside Kristen Stewart. She's also set to appear in the upcoming TV series Maid, alongside her famous mum.

Qualley is back in the headlines this week after she was seen out and about with Transformers star Shia LaBeouf.

The actress who was previously dating Pete Davidson, was photographed kissing LaBeouf while he picked her up from LAX airport.

The pictures, obtained by the Daily Mail, were released over a week after LaBeouf's ex FKA twigs filed a domestic violence lawsuit against him.

It's not the first time the pair have been seen together.

Qualley and LaBeouf recently starred alongside eachother in NSFW music video Love Me Like You Hate Me, for a song written by Qualley's sister Rainey.

In the sexually explicit video, which was released in October, Qualley and LaBeouf play a couple in an intense emotional relationship.

"It’s filled with love and pain and tenderness and rage and real pieces of my heart," Rainey wrote on Instagram alongside photos from the video.

At this stage neither Qualley nor LaBeouf have confirmed their relationship.