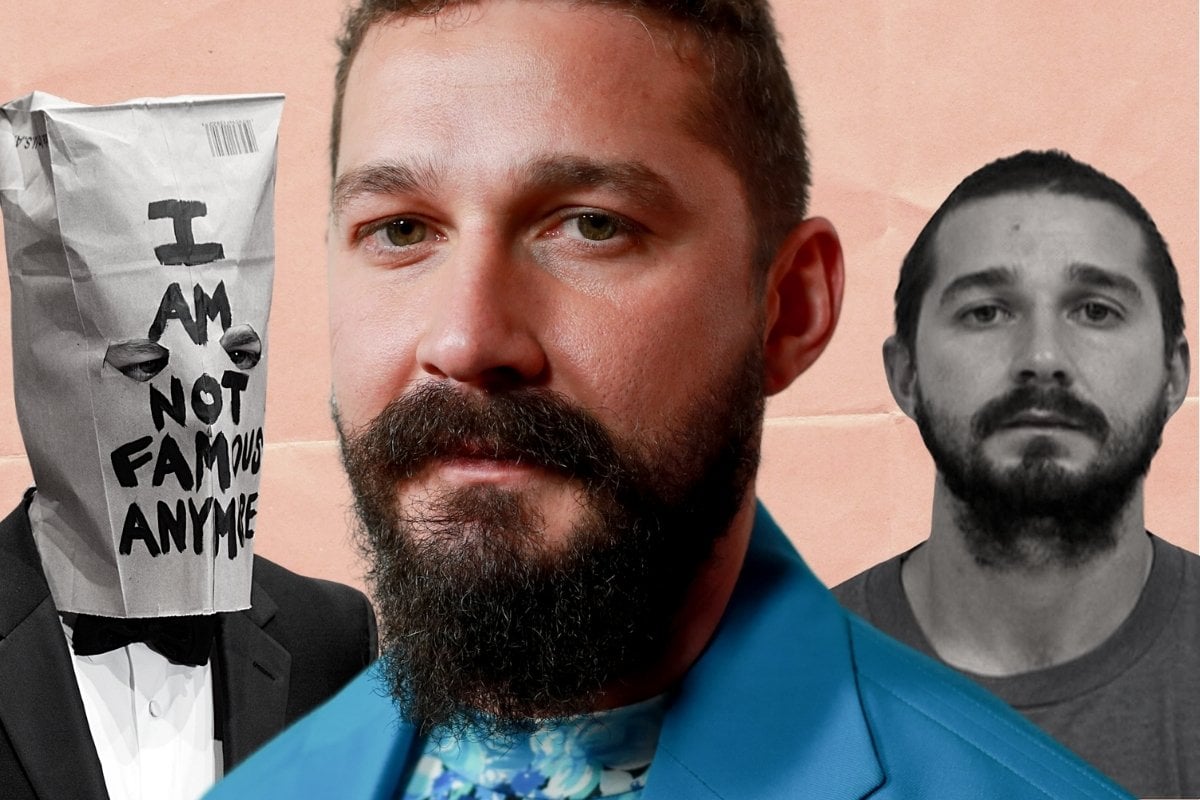 Happiness, for Shia LaBeouf, is on a movie set, acting, "creating something with somebody".

The rest of his life, he told fellow actor Kristen Stewart in 2019, feels dissatisfying. Deeply so.

"This is where things get tricky for me, [acting] isn’t my whole life. I have to get okay with that," he said during their Actors On Actors interview. "That’s usually where things go awry for me. When I'm not on a set, life gets hard."

Just months earlier his girlfriend, FKA Twigs had left him. But for her, it seems, the word 'hard' wouldn't even come close to describing their life together.

LaBeouf is currently the subject of a domestic violence lawsuit filed in Los Angeles by the British musician, with whom he was in a relationship for almost a year until early 2019.

The suit accuses the 34-year-old of sexual battery, assault and infliction of emotional distress. And while the actor told The New York Times that "many" of the allegations are "not true", he acknowledged her right to air the claims and conceded that he struggles with alcoholism and aggression.

"I have been abusive to myself and everyone around me for years. I have a history of hurting the people closest to me," he told the paper in a statement. "I’m ashamed of that history and am sorry to those I hurt. There is nothing else I can really say."

In the wake of reporting about the lawsuit, Australian singer Sia expressed her support for FKA Twigs via Twitter and aired her own allegations about LaBeouf, who starred in her 2015 'Elastic Heart' video: "I too have been emotionally hurt by Shia," she wrote, "a pathological liar, who conned me into an adulterous relationship claiming to be single".

The timing of their affair is unclear, and LaBeouf has not addressed the claim.

I too have been hurt emotionally by Shia, a pathological liar, who conned me into an adulterous relationship claiming to be single. I believe he's very sick and have compassion for him AND his victims. Just know, if you love yourself- stay safe, stay away. https://t.co/2NNEj9w8b1

Sadly, this is far from the first time he's been at the helm as "things go awry".

Since his Daytime Emmy-winning breakthrough on the Disney Channel's Even Stevens in 2000, there have been gaps in Shia LaBeouf's career.

Not because he's untalented, and not because he's not profitable (with roles in the Transformers and Indiana Jones franchises, he's one of the most bankable stars in the business). The gaps, by his own admission, have often been caused by his own behaviour.

There are the off-set controversies, including multiple arrests for physical fights and public intoxication (featuring a notorious incident at a performance of Cabaret in which he sat in the audience smoking and shouted at the cast). The controversial art projects (in 2014, he walked a premiere red carpet with a paper bag over his head, scrawled with the words: "I am not famous anymore").

And the on-set antics, which tiptoed dangerously beyond rational commitment to the craft. 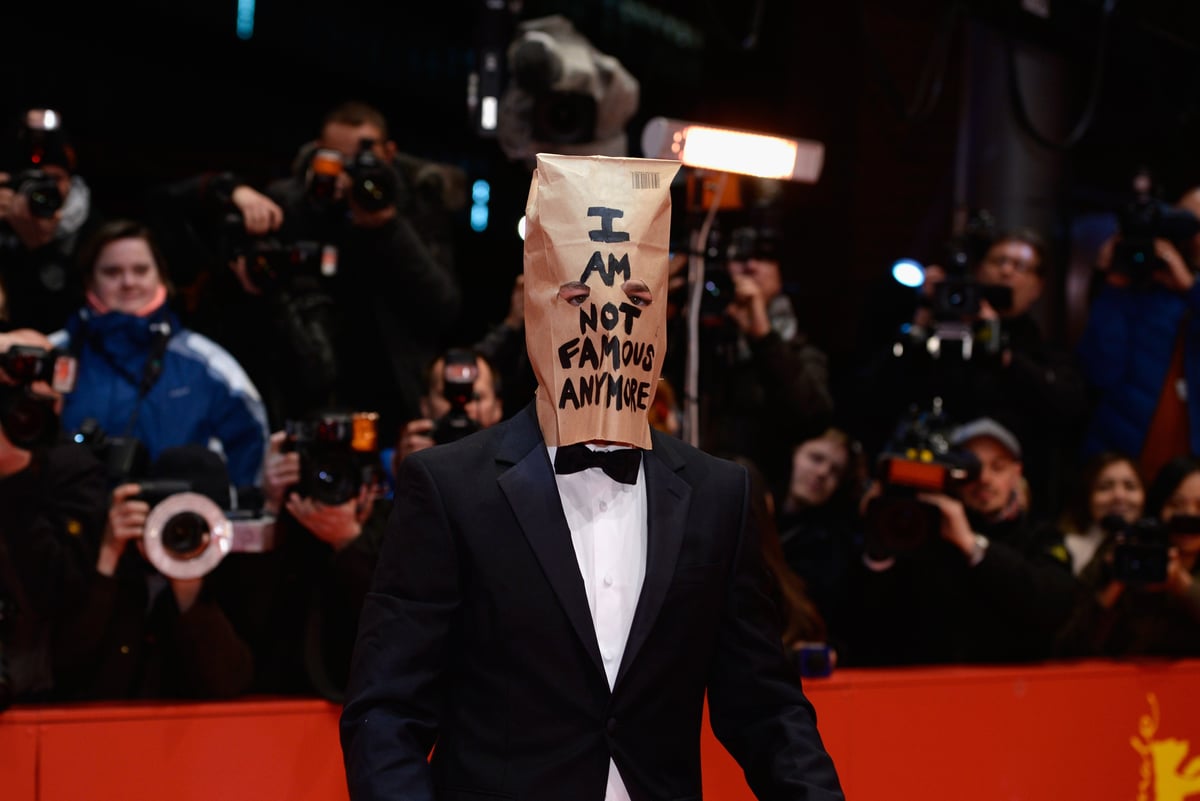 During filming for Lawless in which he starred alongside Australian actor Mia Wasikowska, he scratched their characters' initials into her door. For the 2013 psychedelic romance movie The Necessary Death of Charlie Countryman he took LSD and choked the director when he called for a lunch break: "My trainer had to pull me off him," he told Interview. "I was like, 'We can’t break for lunch, I’m on fucking drugs'."

The same year, during rehearsals for a play, he butted heads with co-star Alec Baldwin to such an extent that he was sacked from the production. "Broken" and still consumed by the role, he started following Baldwin home from the theatre.

Explaining the situation to Interview, he said, "Because I always felt like I’m not good enough. I’ve felt that way my whole life. And I was so desperate to be good in that play that I overdid it. It became competitive in the wrong way."

LaBeouf sent an apology to Baldwin, which he also posted on Twitter. But followers soon recognised that his words were lifted, almost word for word, from an Esquire essay called 'What Is a Man?'.

He had form here. He'd been accused of plagiarism for the visuals and dialogue in his short film Howard Cantour.com had striking similarities to a graphic novel. And for his apology over that incident, which appeared to have been lifted from a thread on Yahoo Answers. And for his comics, which featured uncredited passages from poet Charles Bukowski and French writer Benoît Duteurtre.

But (until now) none of that behaviour stung fans quite like his 2017 arrest in Georgia. 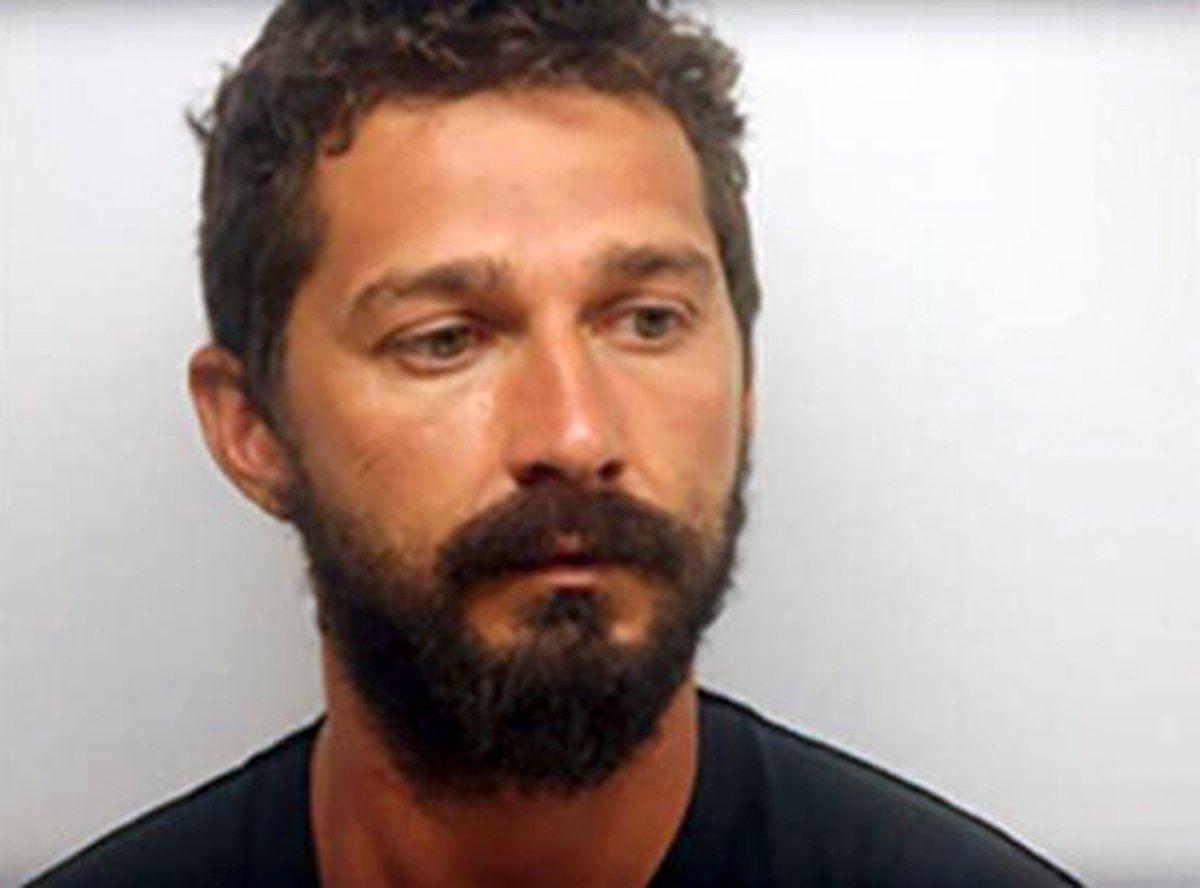 LaBeouf had been detained on suspicion of public drunkenness. In police footage leaked to the tabloids, the actor could be heard calling female officers "w***e" and "b***h", telling a black officer the force doesn't care about him, and speculating that a white officer's wife prefers to sleep with black men.

"What went on in Georgia was mortifying. White privilege and desperation and disaster," LaBeouf told Esquire. "It came from a place of self-centred delusion... It was me trying to absolve myself of guilt for getting arrested... I f**ked up."

After the incident, for which he was sentenced to probation and court-ordered rehabilitation, LaBeouf said he'd been diagnosed with PTSD. His childhood had been a tormented one: his father white-knuckled against heroin addiction, and he once heard his mother being sexually assaulted by a man who was never caught.

He points to his upbringing as a factor in his powder-keg temperament.

"The first time I got arrested with a real charge, it stemmed from the same shit," he told Esquire. "Some guy bumped into my mother's car with his car in a parking lot, and my head went right to 'You need to avenge your mother!' So I went after the dude with a knife. [He didn't use it.]

"I’m a buffoon. My public outbursts are failures... They’re a struggling motherfucker showing his a** in front of the world."

Listen to The Spill, where hosts Laura Brodnik and Kee Reece discuss how Hollywood has been protecting Shia LeBeouf for a decade. Post continues after podcast.

Roughly a year after his arrest in Georgia, his short marriage to actor Mia Goth ended.

Goth had starred alongside him in the 2013 film Nymphomaniac: Vol. II, and their relationship had played out in bursts since. The 2016 marriage had been in Las Vegas with only their mothers in attendance, and the subsequent split was amicable — according to his agent.

Indeed, LaBeouf had apparently "softened" courtesy of rehabilitation and working alongside Zack Gottsagen for the uncharacteristically uplifting, The Peanut Butter Falcon.

LaBeouf said during press for the 2019 film that his co-star, who has Down Syndrome, was integral in his recovery — that he appreciated his unfailing honesty and admired his optimism.

Or so it seemed.