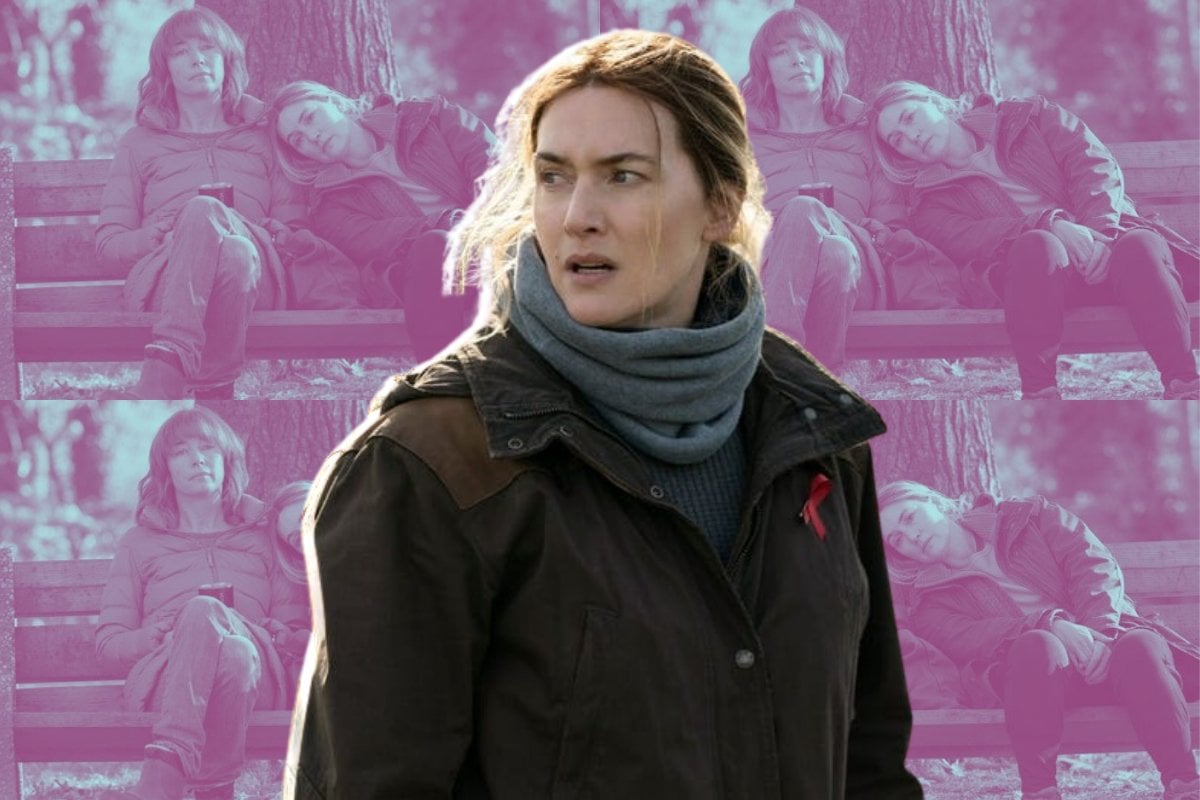 This article contains many, many spoilers for the glorious TV show that is Mare of Easttown. If you haven't watched the finale yet, go do it right now and meet us back here, you silly duffer.

On Monday night, Mare of Easttown served us up a double twist finale.

In the opening scene, Mare Sheehan (Kate Winslet) made it to the river just in time to stop John Ross (Joe Tippett) from killing his brother Billy (Robbie Tann), and then himself.

We also found out through Chief Carter that the photo was of John Ross and his.... niece Erin in bed together.

After Mare sorted shit out at the river, John Ross was brought into the station for questioning. He admitted to sleeping with Erin, and being the father of her son DJ. He seemed almost too casual about it.

“We were both having a hard time,” he explained. “She was having problems at home; things between me and Lor weren’t great. We could confide in each other in ways that we couldn’t confide in other people. I mean, we had this connection.”

He said Erin demanded that he meet her in the woods, she pressured him to pay for DJ's ear surgery and then threatened to kill herself. He tackled her, the gun went off, and then in the heat of the moment he shot her. Then he went back to hang out with his mates, and later he and Billy moved her body and staged the scene so it looked like one of the high school kids killed her.

He was charged and taken into custody, and then he asked Lori to raise the baby he had with their niece. Mare and Lori glared at each other in the lobby of the courtroom and it was clear they wouldn't be bonding over a pizza slice anytime soon.

Mare's mother Helen fell off the kitchen chair after one too many cocktails for some much needed lols, and then Mare and unnecessary but hot Guy Pearce attended Frank's wedding.

It seemed like things we're going to wrap up nicely for the people of Easttown, you know, apart from that whole pedophilic, incestuous, murder storyline - then the late Betty Carroll's husband Glenn called Mare to his house.

He said things had been going missing from his home. Most notably his gun. Which is the exact same make and model of the gun that killed Erin.

That's when the final twist was delivered. It was John Ross' son Ryan who killed Erin. He thought she was going to ruin his parent's marriage, so he lured her out into the woods to scare her and accidentally shot her. John and Lori and Billy concocted a plan to cover it up.

He had access to the back shed where the gun was stored because he mowed the Carroll's lawn. He was the ferret all along. 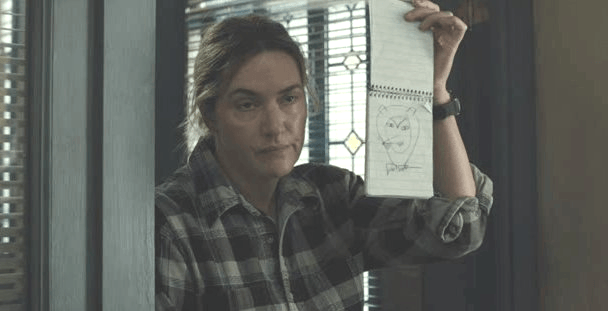 It was right under our noses the whole time. Image: Binge.

Mare, a mother who had lost her son, had to take her best friend's son away from her.

“I agreed to lie to protect my son,” Lori told Mare. “And I would have taken that to my grave if you didn’t show up at the house today.”

We flashed forward a couple of months to where Ryan is in juvenile detention, Lori is raising DJ, and Mare has won custody of Drew and is back to solving less soul-crushing crimes. Her and Lori haven't spoken for months.

Then one day, Mare turns up at Lori's house. Lori offers her a cup of tea and then she collapses into her arms crying, as Mare says, "I'm here, I'm here."

And just like that, the show about incestuous murders and non-stop twists, revealed itself to be a show about the endurance of female friendship, the relationship between mothers and their sons, and the power of mercy.

Because female friendship means being there for your best friend, even after she's lied to you to cover up the fact her 12-year-old son killed her teenage niece who her husband was having an affair with.

And being a mother means learning to let go and not blaming yourself for the paths your children chose. Plus, you can't always choose who you become a mother to.

“One of the things I was really interested in the show was this study of mercy, the importance of mercy and compassion and humanity,” show creator Brad Ingelsby explained to ELLE. “And I knew that the ending had to be, Mare has to confront the thing that’s haunting her by having mercy on herself. And so then it was like, Okay, if you look at the ending episode, what’s the ultimate act of mercy? Literally loving a child that has caused her own [downfall], basically. That’s the ultimate act of mercy, right? [Both Mare and Lori] going ‘I’m going to love the child that has ruined my family.’

In the final scene, Mare pulls down the ladder to her attic. She hasn't been up there since Siobhan discovered Kevin's body. But after solving Erin's murder and seeing her best friend lose her son and gain a new one, Mare is finally able to forgive herself for Kevin's death and to accept it.

She's ready to face her own grief and move on.

The great Mare of Easttown finally shows herself a little mercy.

A
anastasia beaverhausen a year ago

Reply
Upvote
I was so triggered by the final episode that I cried for an hour after. Brilliant series and excellent acting.
L
laura__palmer a year ago