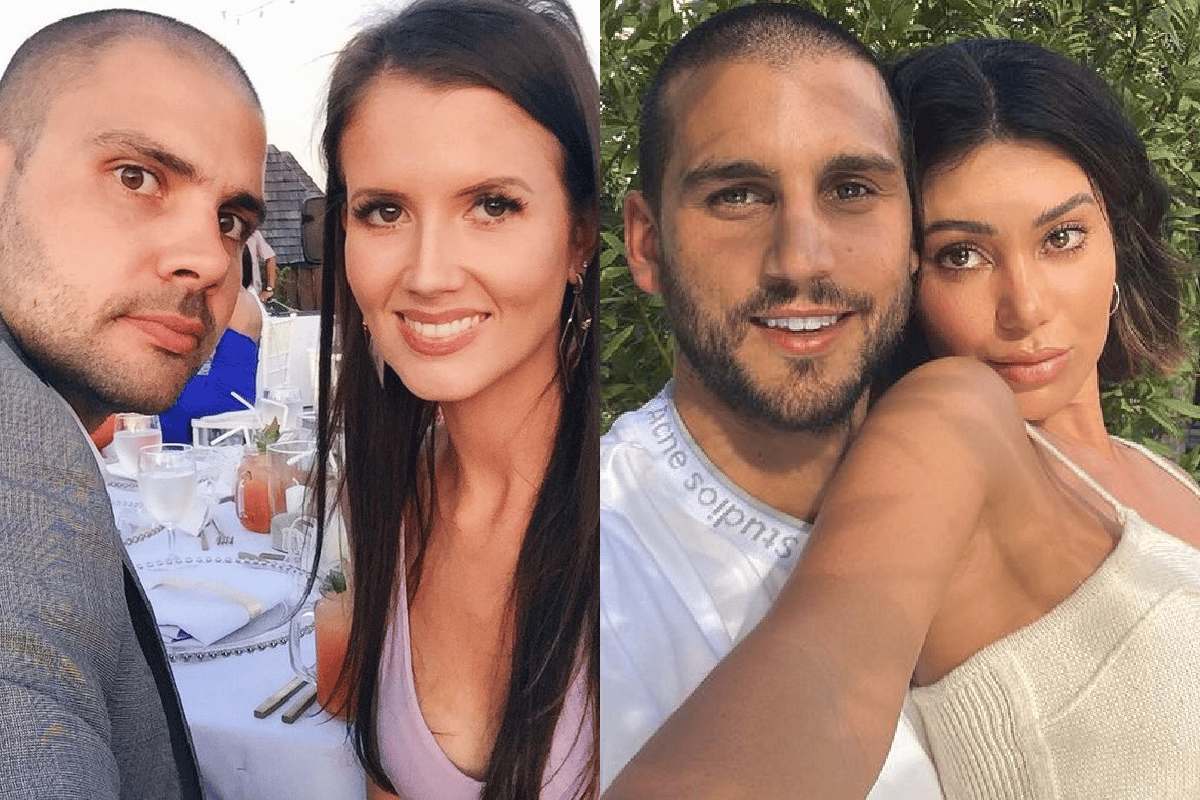 Well folks, we did it.

We've (almost) made it to the end of another year on Married At First Sight.

But before we close the door on another season of wine throwing, cheating scandals and dinner party arguments, we decided to take a look at just how many Married At First Sight couples are still together.

Watch a snippet from the final dates on Married At First Sight Australia 2021. Post continues below.

And spoiler alert... there aren't many left standing.

Erin Bateman and Bryce Mohr met on the second season of Married At First Sight in 2016.

Five years later, Erin and Bryce are still dating, making them the last MAFS couple standing besides a number of couples from 2019.

READ: Erin and Bryce met on Married at First Sight. Five years later, they're still together.

Since their season was televised, their lives have seemingly gone back to normal with Bryce returning to his job as a business analyst while Erin has started her own fashion label.

In 2019, Erin was also featured in a YouTube series for the official Married At First Sight channel, along with Zoe Hendrix, who was on the first season of MAFS.

Since leaving the show, the couple have lived relatively quiet lives away from the drama of the reality show.

"The format of the show is very different. It’s fueled by drama and not people looking for relationships. It’s a quick way for people to get famous," Erin told New Idea in 2018.

"In my opinion, it’s lost the genuineness. With Bryce and I, we were genuinely looking for a relationship."

Amid all the drama of the 2019 season of Married At First Sight, Jules Robinson and Cameron Merchant were the shining light of love that the reality show needed.

Since the show wrapped up, the couple have stayed strong.

In fact, the couple decided to get married for real.

In November 2019, the pair were married in a lavish Sydney ceremony and reception, which was filmed by Channel Nine and broadcast in a special episode of A Current Affair.

In typical MAFS fashion, the day didn't pass without controversy.

Former fellow MAFS bride, Mel Lucarelli, was meant to be Jules' bridesmaid before she was suddenly dumped via text.

The couple were also scrutinised by fellow reality stars and viewers alike for their decision to broadcast their wedding.

In October 2020, the couple welcomed their first child together, son Oliver Chase Merchant.

"#loveatfirstsight I would do it a thousand times again for you, Oliver Chase Merchant," Jules wrote on Instagram.

"Our little man has arrived. #surprise #itsaboy healthy and beautiful and my heart is full," she continued.

"We are home now and enjoying the love bubble and getting to know our lil man Ollie who has the world ahead of him."

Martha Kalifatidis and Michael Brunelli are still going strong after meeting during the 2019 season of MAFS.

Two years on from the season, the couple have travelled together and now live together in Sydney's Bondi.

While Michael returned to his career as a primary school teacher, Martha is now an influencer and beauty YouTuber.

Zoe Hendrix and Alex Garner met during the first season of Married At First Sight.

Although they’re no longer together, Zoe and Alex's three-year relationship is still one of the show’s more successful pairings.

After leaving the show, Zoe and Alex announced their plans to get married legally. In June 2015, however, the couple suffered a miscarriage.

In October 2016, Zoe and Alex announced that they were expecting their first child. The next month, Zoe gave birth to their daughter, Harper-Rose Garner.

In 2018, however, the couple announced that they had split.

"It is with sadness that Alex and I would like to state that we will be separating for now," Zoe wrote on Instagram in April 2018.

"We are determined to ensure our beautiful daughter Harper-Rose continues to receive the unconditional love and nurturing she deserves from the both of us."

The pair continue to co-parent their young daughter together.

In what was one of the most controversial storylines in the last season of MAFS, Jessika Power kept Mick Gould in the competition so she could pursue a relationship with Tamara Joy's 'husband', Dan Webb. (Yep, it's complicated).

In the end, Dan and Jess requested that they be allowed to stay in the experiment as a new couple, which the experts surprisingly accepted.

Despite appearing to be going strong, however, Dan announced in an exclusive interview with Yahoo Lifestyle that he had split with Jess, expressing his regrets "about ever meeting Jess".

The couple's split came following their incredibly awkward interview on Talking Married, where the pair awkwardly fought live on air in front of the entire nation.

Although the pair posted countless couple photos on Instagram, Troy and Carly soon parted ways after nine months together.

"It’s with a heavy heart that I tell you that Troy and I have decided to part ways," Carly said at the time.

"Nine months ago, we threw ourselves head first into a relationship, that despite all odds, felt like it was destined to be. We fell in love and experienced some of the most real and amazing moments together that I will never forget."