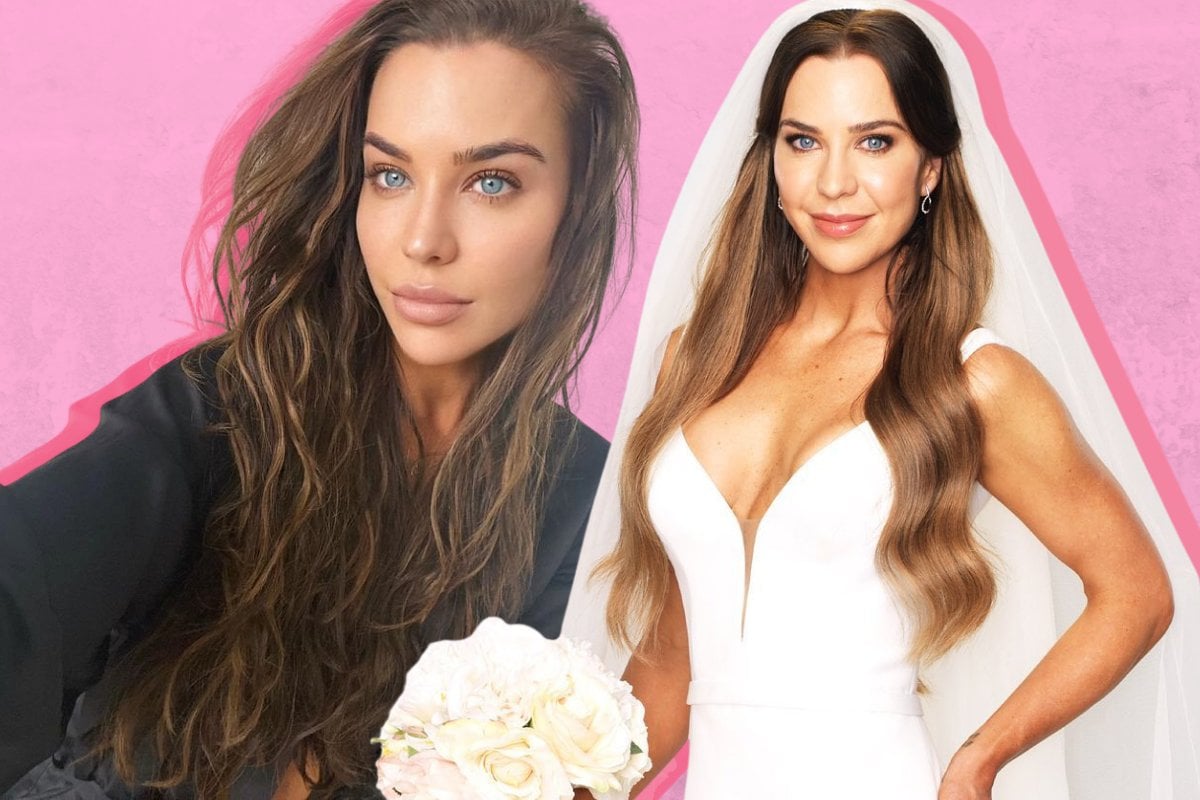 We're already one episode into the dumpster fire that is Married At First Sight and there's already drama brewing between two of the contestants.

In case you missed it, Coco Stedman and Samantha Jayne Harvey didn't exactly get off to the best start on last night's episode.

It all started when Sam explained that she was previously in a ten-year relationship with her ex, who was sixteen years her older than her.

"How old were you when you got with him?" Coco asked Sam at the hens' night.

Sam was understandably not too happy about Coco calling out the father of her two children but the pair later patched things up during a very awkward conversation in front of the group.

Watch the latest trailer for the new season of Married At First Sight. Post continues below.

Now, Coco is set to walk down the aisle in tonight's episode. And we're honestly way too excited to see who she gets paired up with.

But before the fake nuptials begin, we decided to round up everything we know about last night's most talked about MAFS bride.

Before signing up to be fake married on national TV, Coco was once a cop with the NSW Police Force.

According to the Daily Mail, the 30-year-old was in the force for six years before she decided to leave and pursue her dreams of working in the fitness industry.

She now owns KX Pilates Miranda in Sydney's Sutherland Shire, which celebrated its second birthday in May last year.

"Happy 2nd birthday to my baby and the love of my life; KX Miranda! What a wild journey," Coco wrote on Instagram.

According to her Channel Nine bio, Coco has put her career over relationships in the past because "your job is never going to wake up and tell you it doesn't love you anymore".

MAFS won't be the only time Coco has walked down the aisle.

The 30-year-old previously tied the knot with her ex husband in 2018, but it fell apart after six months because "she always felt she was running second to her mother-in-law".

But there doesn't appear to be any bad blood between the pair.

Before MAFS, Coco was single for "about 20 months", but she got into an "entanglement" about a year ago that "absolutely broke [her] heart".

"I had never fallen so hard and so fast for anyone in my life, and then I went on this journey of needing to be by myself 'cause I hadn't been properly single for more than two weeks since I was 17 years old. I learnt to love myself and not need anyone."

While many people may have their doubts signing up to find love on reality TV, Coco said she got a pretty clear sign to join the show.

"I decided to come on Married At First Sight because the universe wanted me to," she told Nine.

She's now looking for a partner that her father will hopefully approve of.

"He's never approved of a partner I've been with. The day that I find a guy that my dad likes then we're going to seal that deal."

Here's hoping she can find what she's looking for on MAFS. Then again, the show doesn't exactly have the best track record so we'll see how we go. ¯\_(ツ)_/¯

F
francesgasparotto a year ago