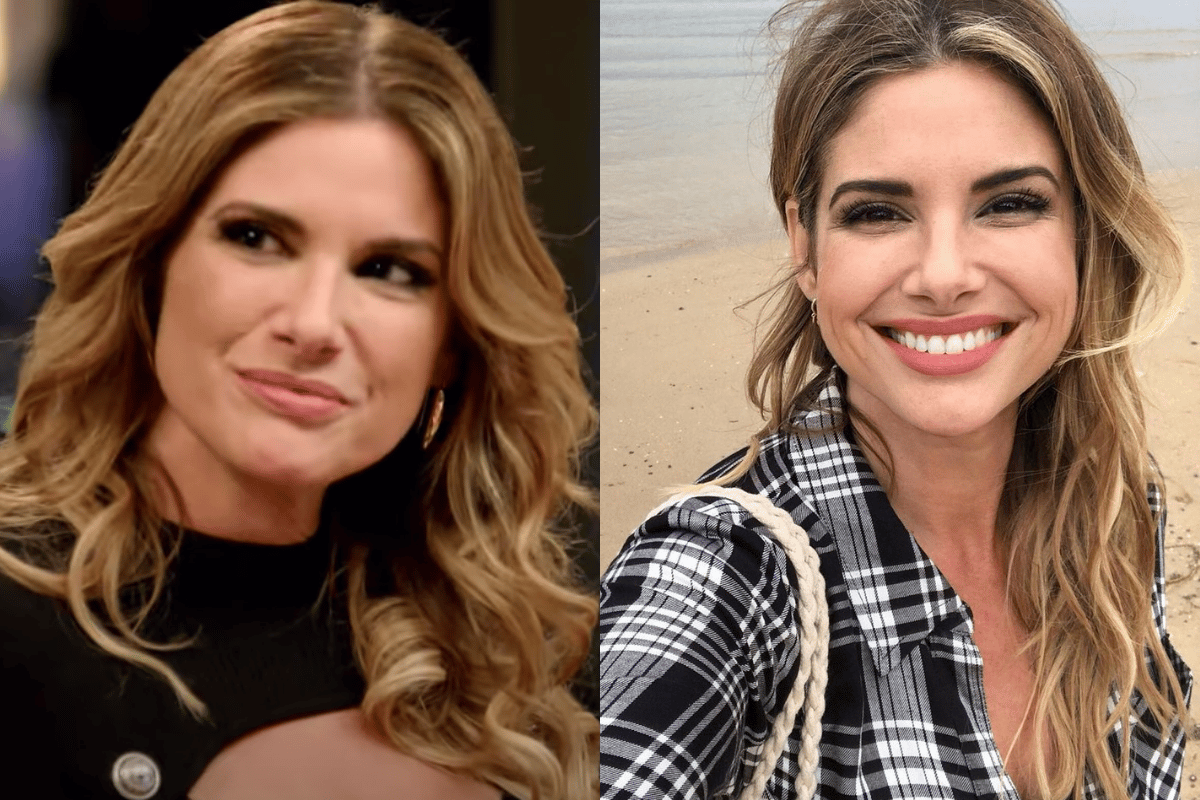 A brand new season of Married At First Sight is hitting our screens tomorrow night. And yes, we've been secretly counting down the days too.

The new season will see a fresh crop of contestants trying to find love on national TV and in a fun new twist (*cough attempt to boost ratings*) the show is introducing a new expert.

That's right, certified clinical sexologist Alessandra Rampolla will be joining John Aiken and Mel Schilling on the couch this season.

But it won't be the first time Alessandra has been on TV. The 46-year-old Puerto Rican sexologist has actually appeared on a number of TV shows and even hosted her own radio show. Oh, and she's also written five bestselling books in her spare time.

Watch the trailer for the new season of Married At First Sight below. Post continues below.

If the trailers are anything to go by, it looks like Alessandra has a bunch of new ideas for the contestants this season. In one clip, she's even shown asking a couple to cup eachother's... genitals. So that should be interesting.

Ahead of the show's premiere, here's everything we know about the new MAFS sexologist Alessandra Rampolla (including the rumoured twist about her).

Ok, before we get stuck into everything we know about Alessandra Rampolla, lets quickly go over what happened to former MAFS expert Dr Trisha Stratford.

Long-time MAFS fans will know that Trish has been on the show since the very first season. And over the years, she's been known to ask contestants more... erm, intimate questions.

Unfortunately, in September last year, Trish announced that she decided to leave her days of fake marriages behind her and focus on her research.

"After seven seasons of Married At First Sight I have decided to step back from the television series to focus on my writing, research and neuropsychotherapy," she said in a statement to 9Entertainment.

"I've been involved right from the beginning in the challenge of bringing this social experiment to television. The program provides a platform for an ongoing conversation on relationships and I wish the program continued success and hope future participants find everlasting love." 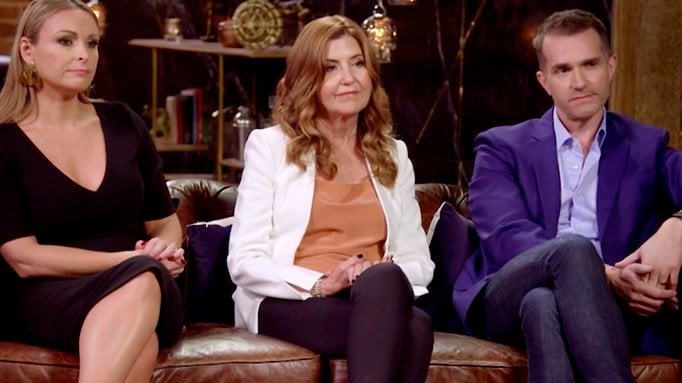 Alessandra Rampolla's career and how she came to work on MAFS.

"I am thrilled to be joining John and Mel in Australia’s biggest social experiment," Alessandra said in a statement.

"With my particular expertise, I hope to contribute to the complex mix of components that ensure marriages not only work but thrive in the long haul."

And I think I speak on behalf of everyone when I say, MAFS definitely needs that.

While it might be her first time on the MAFS couch, Alessandra is no stranger to working in front of the camera.

She first got her start on TV back when she was living in Puerto Rico.

"Originally, my idea was to have a private practice, but my priorities changed and I ended up going on a morning show in my hometown of San Juan, Puerto Rico, because they needed someone in the lead-up to Valentine's Day 2001 to talk about sex topics," she told 9Entertainment.

"That's how I started in media, and within a year I was writing for newspapers, two different radio shows, and the next year I started working in television in Latin America for Cosmopolitan's TV network. It was not what I expected, but the show was a huge success and it covered so many countries that I was suddenly travelling all over the place."

All together, the 46-year-old has worked across two radio shows, written five bestselling books and appeared on TV shows like School For Husbands and Sex Hospital in the UK.

Alessandra was actually attending the Emmy awards for School For Husbands when she met an executive from Endemol Shine, the production company behind MAFS.

"I was at the Emmy awards in New York a couple years ago, I met an executive from Endemol Shine, we became friends. He’s my only contact in Australia. He had seen the show that we are nominated for, School for Husbands," she told Nova's  Fitzy & Wippa about how she landed a role on the show.

Before becoming an expert on MAFS, Alessandra was once married to businessman John Hernandez. The pair tied the knot in 2007 before filing for divorce four years later.

"I was married once many years ago, and it didn't work out," she told Woman's Day.

"I think going through those ups and downs of a marriage will allow me to understand what some of these couple will go through."

"But I don't think you need to have that experience to able to offer up advice and I think my expertise and education gives me the tools to do that," she added.

Speaking about the split, Alessandra explained, "I did everything possible for us to be happy together, and I don't regret anything I did."

She went on to say that she wanted to stay in Argentina and raise a family while John wanted to return to Puerto Rico to be closer to his relatives.

"There was no drama between us, we love each other and we are friends but at a certain point, life just took us on a different path."

The rumour about Alessandra Rampolla and another MAFS contestant.

Yep, the show hasn't even started yet but there's already a rumoured twist about Alessandra and one this year's contestants.

According to the Daily Mail, one of the grooms apparently ends up confessing that he's 'fallen for another woman'.

He then announces that he's 'in love' with Alessandra, which supposedly leaves his bride and the production crew "speeches".

And just to make things even more awkward (yep, it gets worse), Alessandra calls him out on it, saying that she thinks it was 'completely disrespectful'... yeah, she's not wrong.

Of course this is all just a rumour, but Alessandra did tell Fitzy & Wippa that there are "some interesting situations" that play out this season.

"It is a really good season, there is love there is drama there is hope, there’s some people that have come in really genuine and willing to be vulnerable on camera which is not easy."