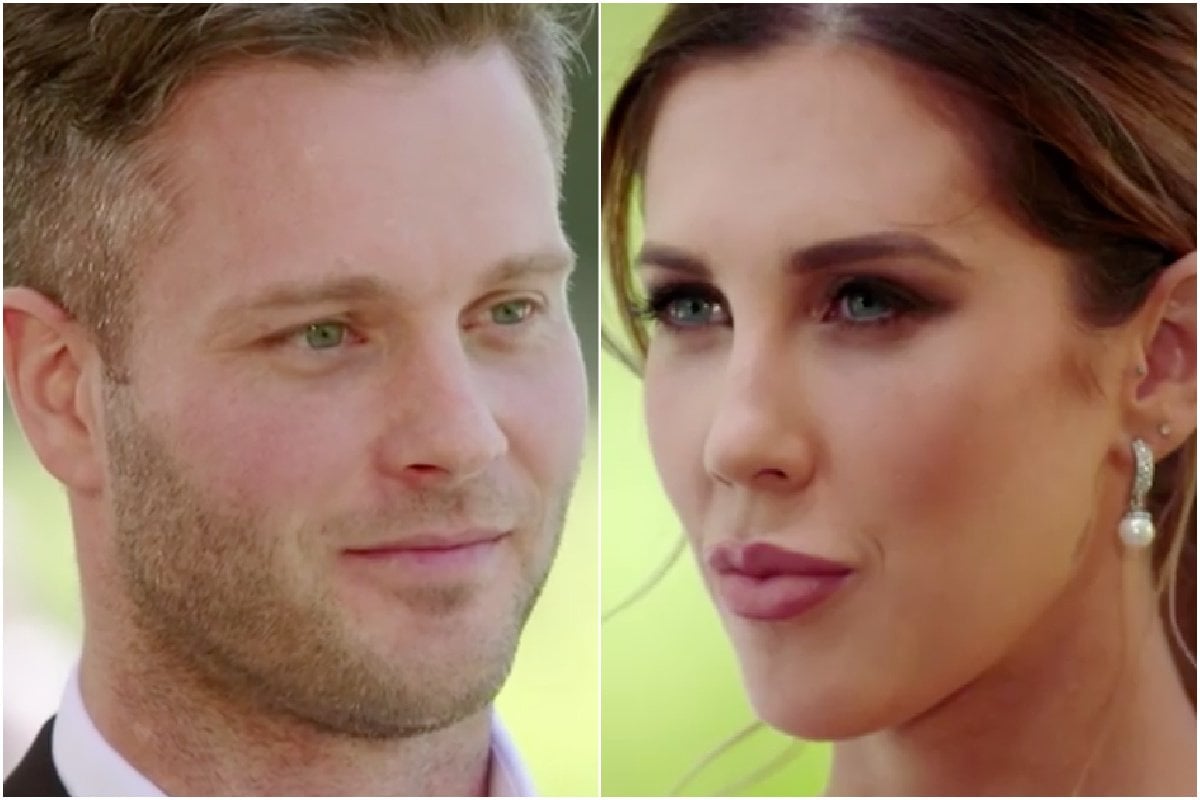 Not even a global pandemic that impacted the lives of roughly six billion people with state sanctioned lockdowns, mandatory quarantine and strict 1.5 metre social distancing guidelines could stop Sir John Aiken from matching strangers and forcing them to live in sickeningly close quarters.

COVID-19 can take our international travel. It can take our Olympics. It can take our jobs and destroy our economy. But it shan't be taking our basic human right to watch 20 singles marry people they're fundamentally incompatible with on the television.

We begin by being introduced to the 'experts', with a narrator describing John Aiken as a relationship expert with more than 25 years experience and like no offence but why aren't you... better. 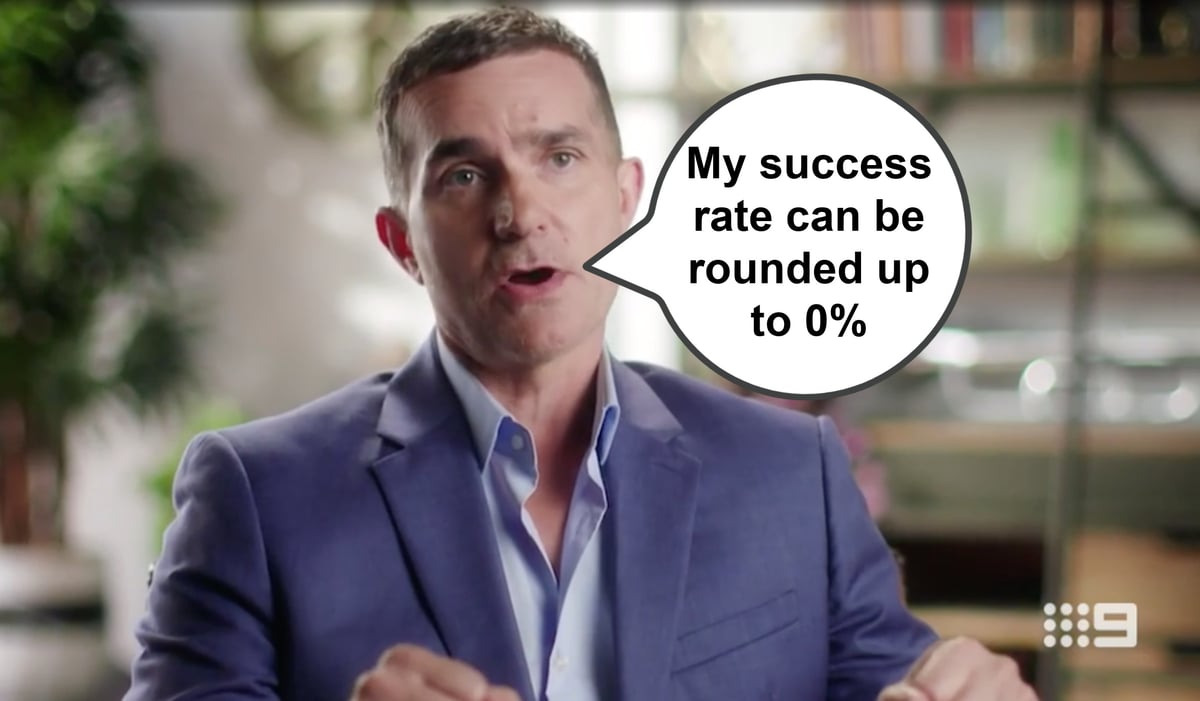 But it's the new clinical sexologist Alessandra Rampolla who stops us in our tracks.

Because she's a... replacement.

And we'd be lying if we didn't say we feel partly responsible. We spent most of last year accusing Trish of not doing her job properly. 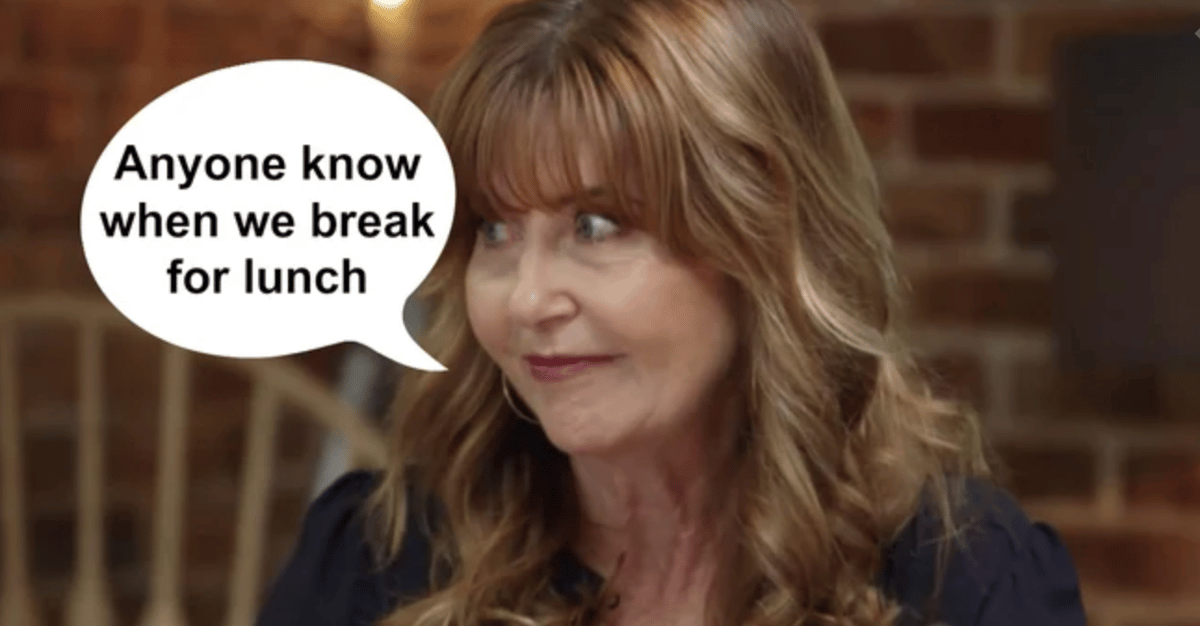 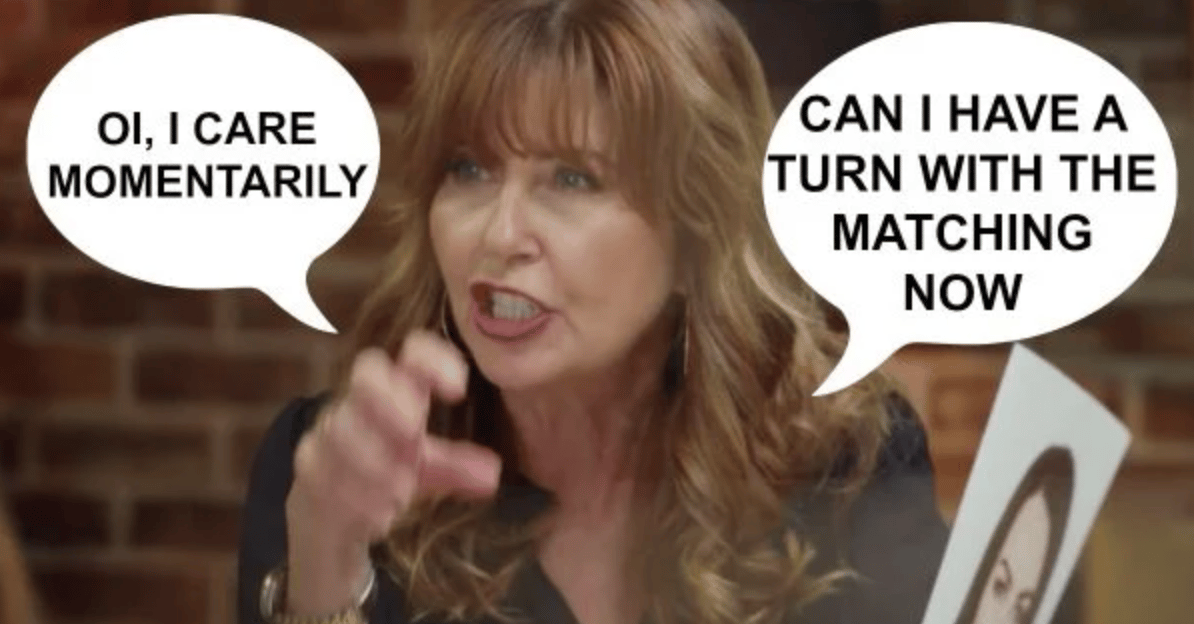 Aw she wanted a turn. 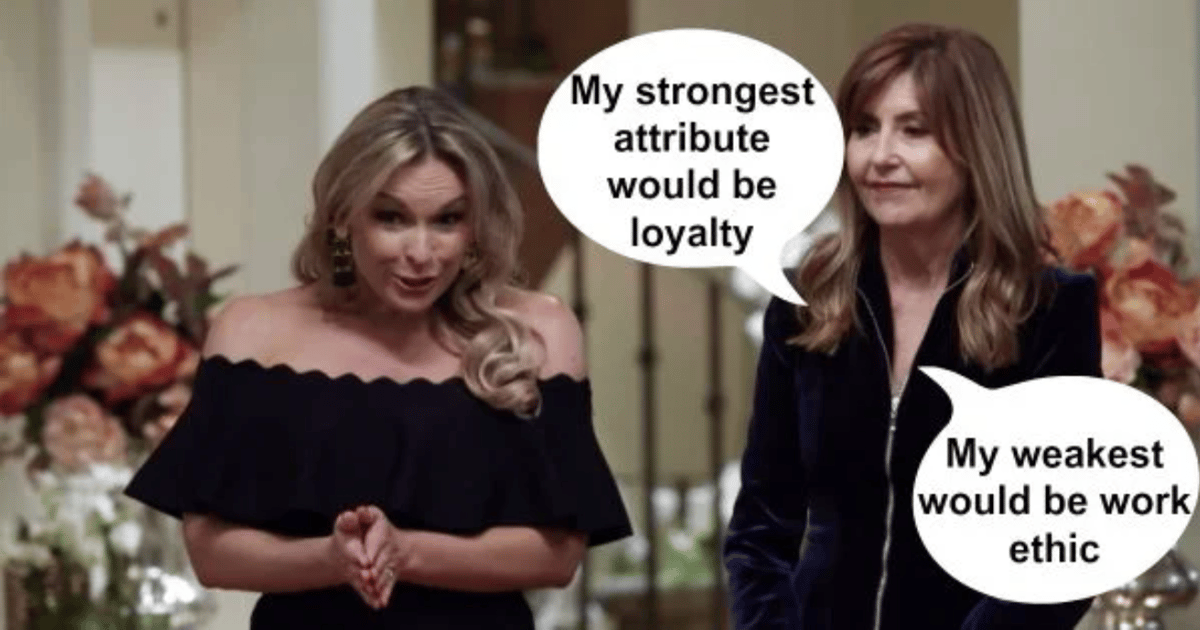 But just because Trish definitely needed to be on a Performance Management Plan didn't mean that we didn't love her unconditionally. And we worry that her skills as a television relationship expert with a frankly abysmal track record aren't that transferrable to other industries. What will she do?? Yell 'TRY SIXY TIXTS' to strangers in the park???

But enough about Trish.

It's time for the hens and bucks nights, and we have precisely three questions. 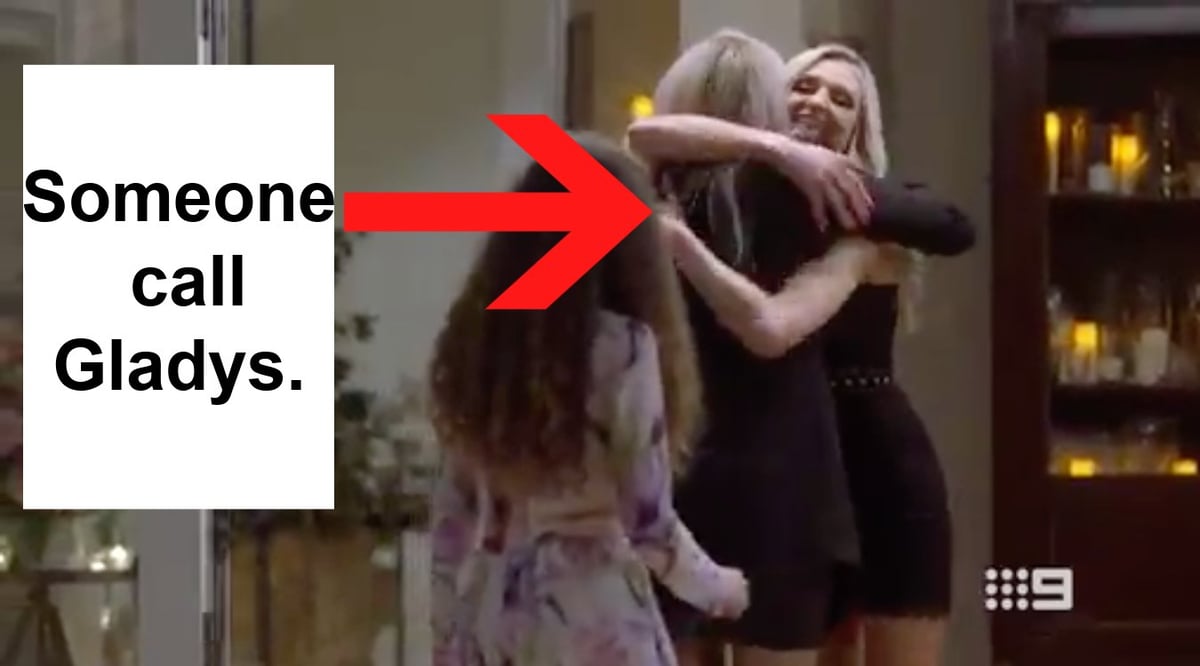 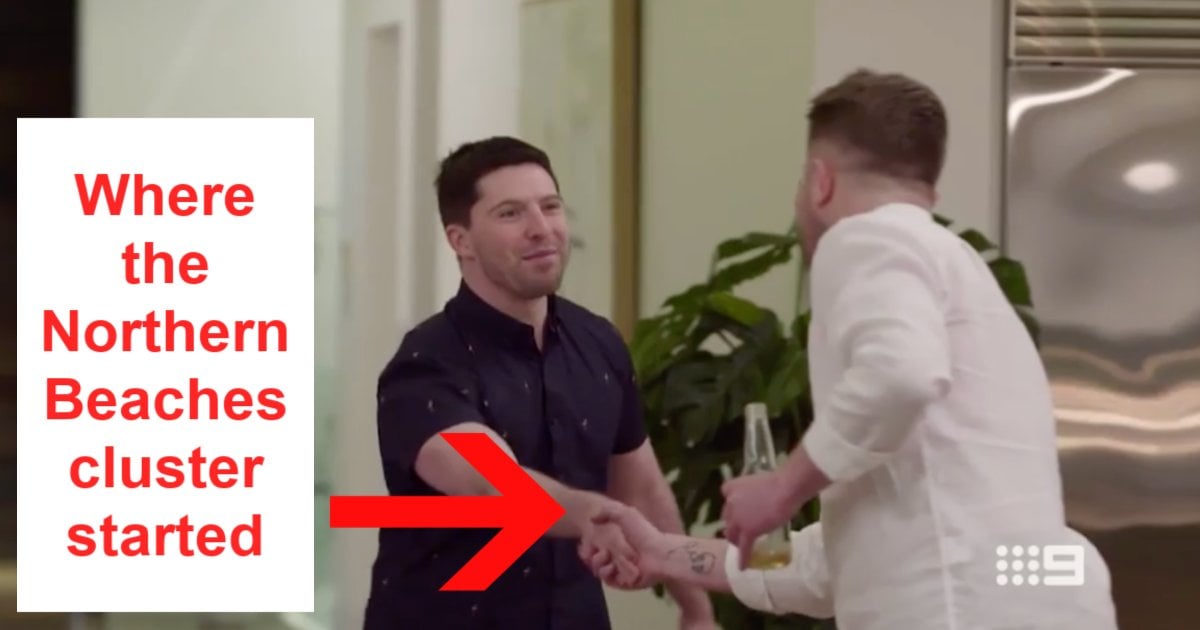 It was a mystery until right this moment.

3. No but fckn seriously how is this COVID safe?

As always, the hens night is infinitely more interesting than the bucks, with some lady named Samantha explaining that she met the father of her children when she was 17. And he was 33.

"CALL THE JUDGE CAN WE GET A CHECK ON THAT," Coco yells and even though, like, we were all thinking the same thing, we think you're probably not meant to say that within earshot.

"IT'S NOT APPROPIATE," Samantha slurs, before muttering "... she was rude because I was a minor and my husband was in my mid-thirties like wtf..." and sweetie the only reason literally any of us are here is to pass judgement on other people's relationships.

Nothing happens at the bucks night except for this guy who is a bizarre throwback to the Real Slim Shady. 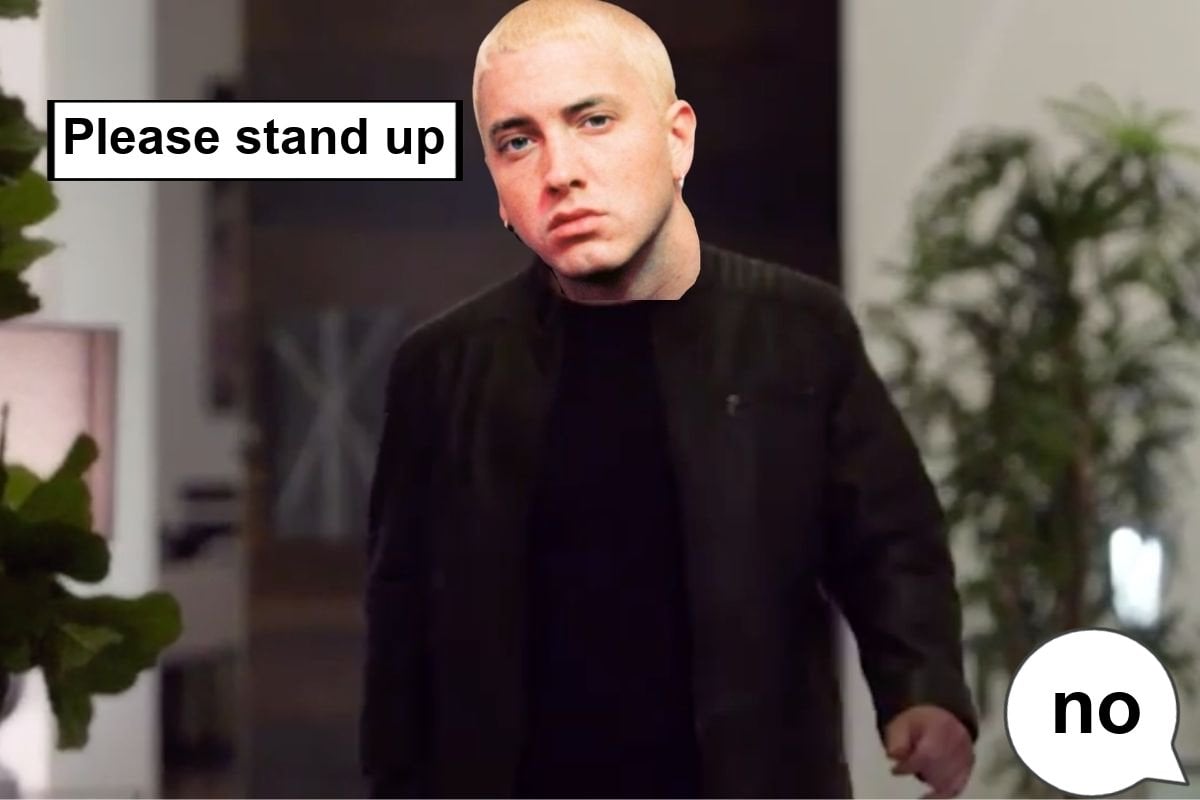 But shhh now because it's time for the experts to match our first two couples.

We're introduced to Melissa, who is asked such sensitive questions as: 'tell me what it's like being alone,' and related, 'men leaving is a life topic for you - tell me about that hurt'.

Expert Alessandra says Melissa needs someone confident, who will allow her to blossom in the relationship and we can guarantee you're all going to ensure the opposite happens.

John suggests a man named Bryce for no reason, and Mel nods with her brand new glasses because she likes that they make her look science-y and s**t. 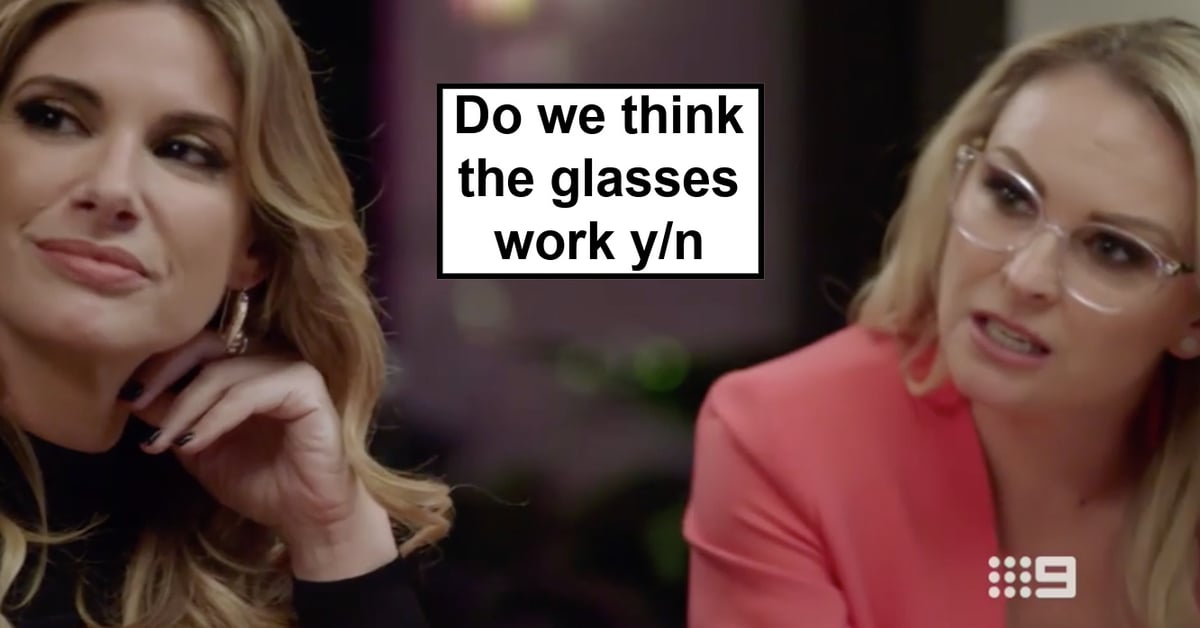 How important do I look??

We cut to a package of Bryce who says he broke up with his fiancé recently because "we wanted different things in life" and we think those "different things" might have been that Bryce wanted to be on Married at First Sight and you're technically not meant to be married when you apply.

Now that we're down one deeply problematic couple, we meet Jake, who John Aiken describes as "a guy I think our experiment needs..."

"He's a catch," he adds and goodness yes we haven't had 'a catch' in six, going on seven seasons now.

They decide to match Jake with Rebecca because she has a job, evidenced by several shots of her typing but also writing things down on a notepad.

Alessandra describes them as 'Barbie and Ken' which isn't particularly sophisticated psychological terminology but okay.

"That’s our first two couples," they declare and JESUS imagine that being a full day at work for you. 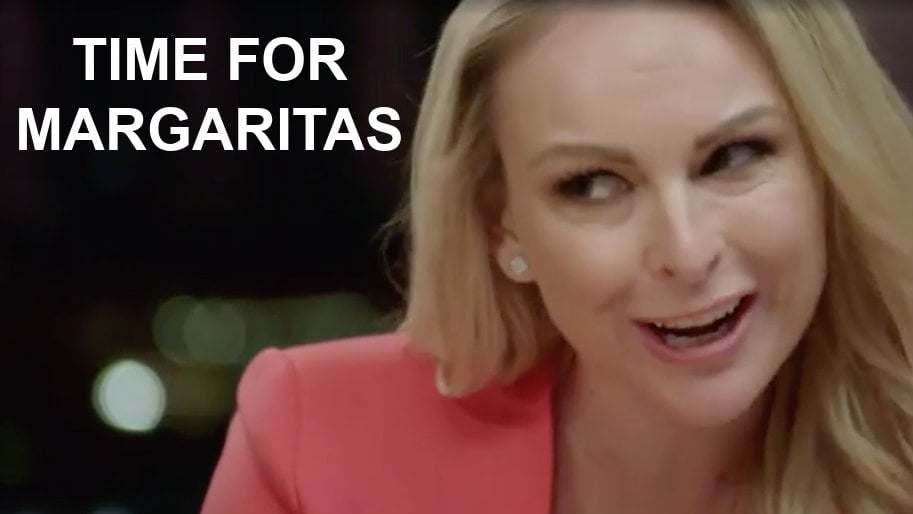 Anywho, it's time for Melissa and Bryce's wedding, and she's getting her make up done by a lovely lady wearing a mask and WHAT IS THE POINT WHEN SHE'S SLEEPING WITH A LITERAL STRANGER TONIGHT FFS.

When they finally meet Bryce says "How random's this" and Sir are you in Year 8?

They spit their vows while holding hands and then kiss each other on the lips, transmitting COVID-19 via air, touch and saliva, but Melissa is still worried about "having" to tell Bryce she hasn't been in a relationship in 12 years.

As always, it's unclear... why... she would need to... tell him that... but Melissa is adamant that he should know something she's deeply insecure about, immediately.

At the reception she identifies a natural pause in conversation and shouts "IT'S BEEN A WHILE SINCE I'VE BEEN IN A RELATIONSHIP" before declaring that, yeah, we were all still on MySpace the last time she had a boyfriend.

Bryce shrugs and says he was engaged until six months ago when he saw an ad for Married at First Sight casting and BOOM, called it off.

Melissa's Pop seems to mistake this television production for a real wedding reception and makes a heartfelt speech, and bags not explaining to him that last season one husband scrubbed fecal matter off a toilet bowl because she hooked up with another groom.

That's what Melissa has entered into, Pop.

Next, we meet Rebecca who seems less than impressed with the whole 'marrying a stranger' concept which begs the question, why did she...

She says she has "high standards" and "knows what she wants," which is code for "give me a vulnerable person," and "I'll break him, spiritually".

The guests include one woman who looks alarmingly like Cosima De Vito from Australian Idol circa 2003 and lady are you here to sing a cover song Y/N. 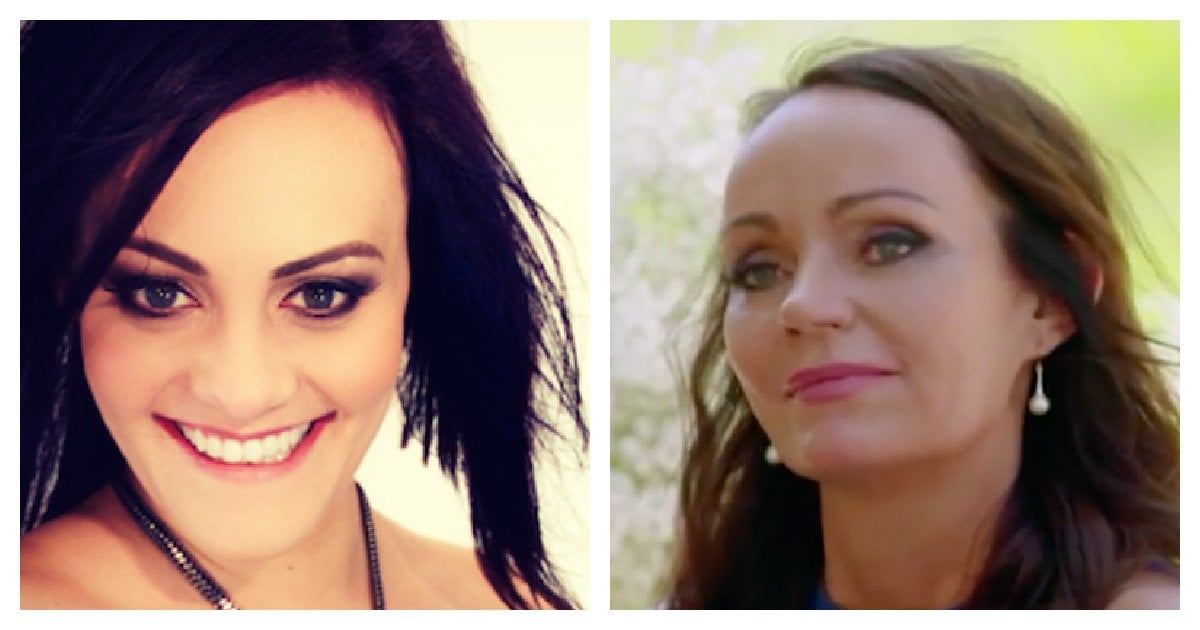 When Rebecca sees Jake at the end of the aisle it's a firm... no. From her.

Apparently he is looking at her likes she's "sex on a stick" and he pulled an "oooh she's hot" expression which she finds offensive but we wish literally anyone looked at us like that??

He mentions in passing that he runs a charity but Rebecca doesn't give a f**k. She decides his teeth are a problem but she'll "try and bite [her] tongue" and dude you met him 45 seconds ago and have already said he has a s**t smile.

Rebecca decides that because Jake doesn't have veneers, she'd like to be rude to him for the rest of their marriage, and so ignores him/pulls faces/makes fun of his hobbies at the reception.

But Cosima de Vito didn't pull out of Australian Idol because of throat nodules to then watch her good friend Jake be treated like s**t by his fake wife at his fake wedding. 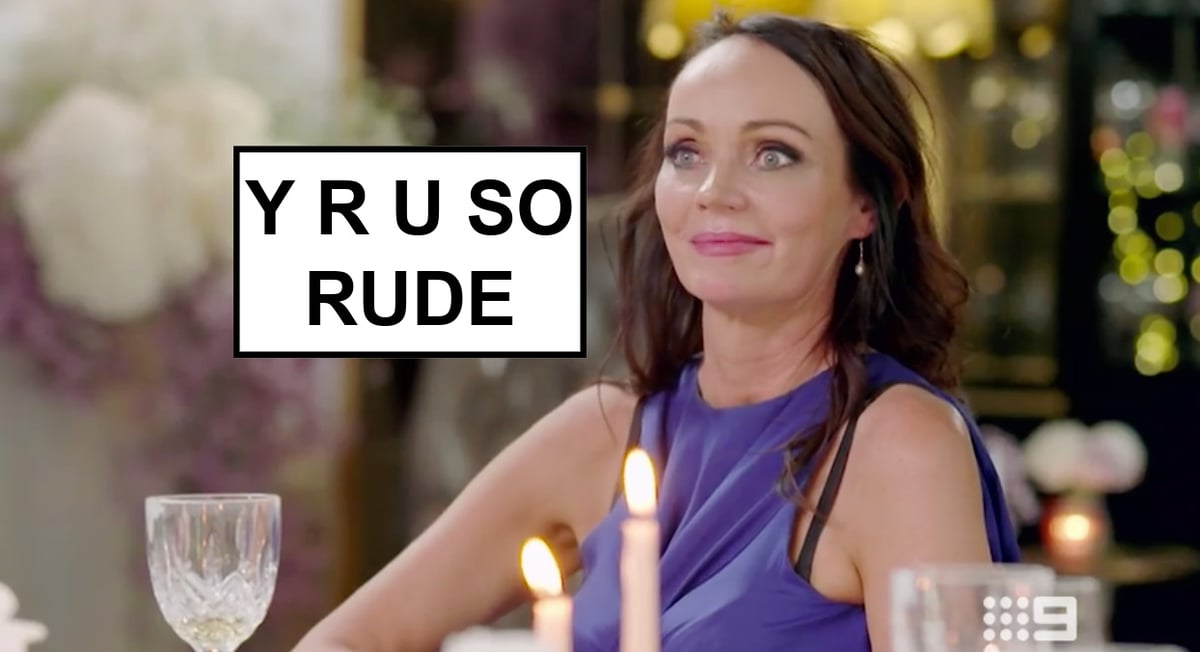 She decides to tell Rebecca that they all worry she might be "hard work" given she appears to already hate her husband and she only met him two hours ago.

Rebecca resents that suggestion and hisses that maybe if his teeth were straight but also whiter she'd be more kind??

"If I was on a date right now, I'd be paying the bill and walking out," Rebecca declares, and look hopefully if you were on a real date Cosima De Vito wouldn't be there interrogating your attitude.

After a pep talk from her best friend, Rebecca decides to stop bitching about her husband while he's right there, and Jake says: "That's my job as her husband. To help her work through those things. I just want to be there when she's ready."

Sir. Are you aware that one of those 'things' are your 'teeth' and she's ready for you to get veneers last week.

By the end of the night, Jake decides to "get some clarity on why she's been guarded". She explains that he looked at her like she was a piece of meat, which upset her because she isn't at all superficial, and would never, for example, state on national television that she had a problem with someone's teeth. 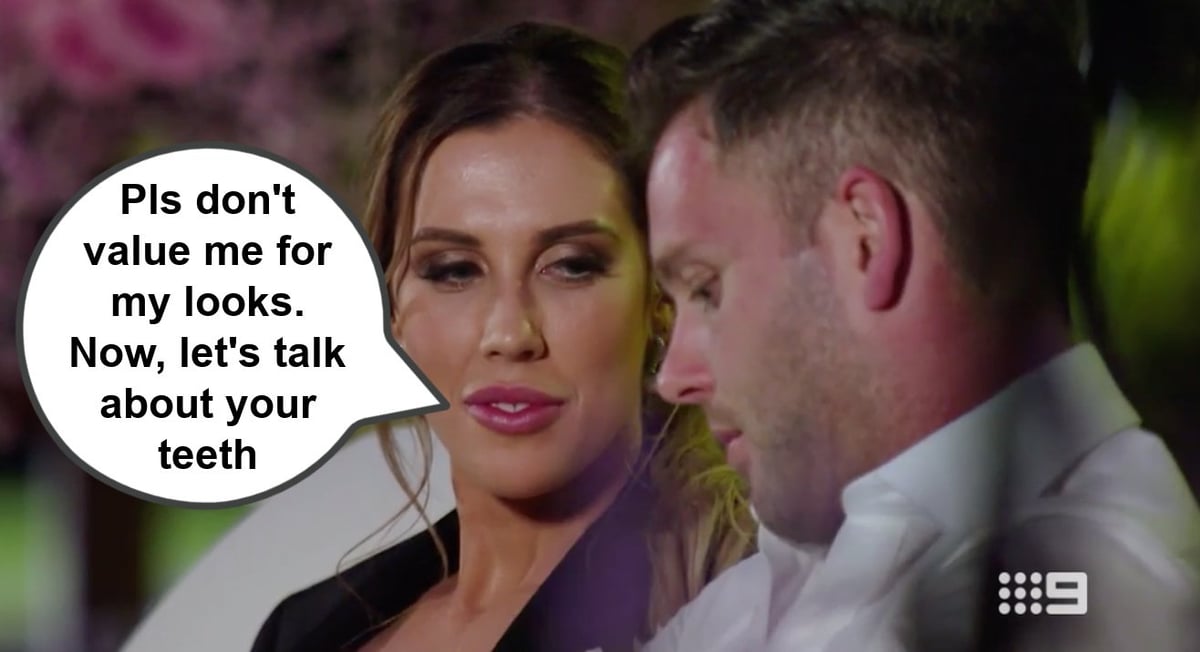 She decides that maybe she's been a little harsh and that if they grow their Instagram followings enough there will probably be a dentist who offers to give him new teeth for free.

Don't want to miss a recap? Subscribe to our recap newsletter.