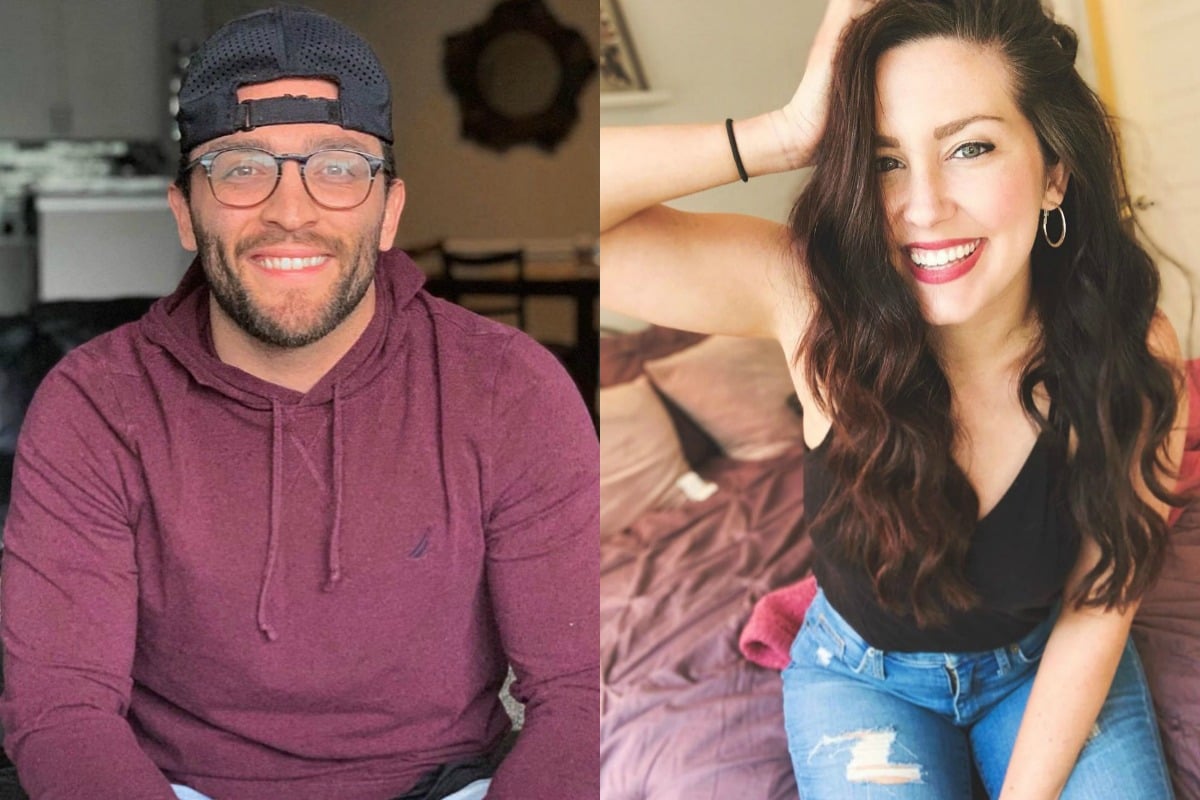 1. "This is awkward." Everything we know about the Love Is Blind cheating scandal.

Netflix's wild dating show Love Is Blind may have come to an end last month, but the drama is certainly far from over.

Contestants Mark Cuevas and Lauren "LC" Chamblin have recently broken up after Mark was accused of cheating on her in a Reddit post.

In case you need a refresher, Mark originally dated Jessica Batten on the show, who left him at the altar, and later got together with Lauren after production wrapped up.

But over the weekend, one Reddit user posted a thread that said: "My close friend’s co-worker is dating Mark!"

A few days later, Lauren commented on the thread, adding: "This is awkward because I live in Atlanta and I’ve been dating mark since the beginning of May… Oh, and by the way, this is LC from Love is Blind."

Lauren went on to explain the pair have now separated.

"Feel free to DM me on Instagram if you would like more information! But I definitely just broke it off with Mark, so I really do appreciate you posting this and saving me the energy on dating another liar."

After the accusations came out, Mark's ex-fiancé Jessica also came forward and responded to separate cheating claims against him.

Instagram account Comments By Celebs posted an exchange between Jessica and an Instagram user who claimed, "Mark was sleeping with MULTIPLE women at the studio he trained at DURING the show. Maybe show those interviews with his workers next time."

Jessica commented on the post saying, "Wow. News to me, I only know about one."

2. Tommy Little has shared the first photo with his girlfriend, Natalie Kyriacou.

Comedian Tommy Little has finally shared a photo of his girlfriend, Natalie Kyriacou, on Instagram.

After confirming their relationship back in April, the 35-year-old posted the Instagram photo with his 34-year-old girlfriend on Wednesday.

"Just subtlety suggesting who I should take to dinner with Dennis Rodman..." he wrote alongside the photo of him and Natalie, who is dressed in a Chicago Bulls basketball jersey.

Just subtlety suggesting who I should take to dinner with Dennis Rodman....

Unlike her boyfriend, Natalie, who is an environmental entrepreneur and previously ranked on the 'Forbes 30 Under 30 Asia Social Entrepreneur' list in 2018, has been posting photos of the couple together since February.

She even shared a photo of her and The Project co-host celebrating Easter together this year.

I finally discovered the reason why I look so bad in photos. It’s my face.

Hopefully we'll be seeing a lot more photos of the happy couple on Tommy's Instagram feed.

3. Oh. Apparently Too Hot To Handle's Harry Jowsey was offered a spot on The Bachelor.

Well. Apparently Harry Jowsey from Netflix's Too Hot To Handle was asked to be the next Bachelor and honestly, that would have been too much to handle.

Speaking with Hit 101.9’s Fifi, Fev and Byron, the 23-year-old, who recently split from girlfriend Francesca Farago, shared he had been approached by producers of the show.

"There are plenty of chats that are going on," Harry told the radio station.

"I’m 23. Do you seriously want me on Australian TV? Absolutely terrible! I don’t know if I could date 20 chicks. That’d be an absolute nightmare."

This guy walks up to you at a bar and calls you a naughty possum, Wud? 😩😂

It comes after his ex-girlfriend, Francesca, posted a six-minute video detailing why they broke up.

"There were a lot of rumours that came up that turned out to be true," she shared in a video that has received over three million views.

"I was getting sent a lot of screenshots and messages. I didn’t want to believe it because how could you have a wedding ring folder with someone, and how could you propose to someone, but you’re also saying I can’t be with you because of the distance. It makes me feel like I was being played."

4. I could not get Rachel Green off my back." Jennifer Aniston on being typecast in Friends.

Immediately obvious problems with playing one of the most recognisable characters in TV history:
1. Everyone copies your hairdo.
2. Tabloid magazines like to pretend you have "shock baby news" every third week.
3. Strangers think it's still funny to yell, "We were on a break!"

But according to Jennifer Aniston, there's something else: You get pigeonholed.

Speaking as part of a Hollywood Reporter roundtable, which has been published this week, the actor shared that she had a lot of difficulty proving she was capable of playing more than just her beloved Friends character.

"I could not get Rachel Green off of my back for the life of me. I could not escape 'Rachel from Friends', and it's on all the time and you're like, 'Stop playing that f***ing show!'" she laughed.

Aniston said she managed to break the mould with independent movie, The Good Girl, in 2002, two years prior to the end of Friends' 10-season run.

"But I remember the panic that set over me, thinking, 'Oh God, I don't know if I can do this. Maybe they're right. Maybe everybody else is seeing something I'm not seeing, which is you are only that girl in the New York apartment with the purple walls," she said.

"So, I just fought with myself and who I was in this industry forever, and it was constantly about trying to prove that I was more than that person. But there is such freedom in getting older because you just stop giving a crap."

5. A 'Blake Garvey moment' and a clear favourite: Everything we know about Farmer Wants A Wife 2020.

Our farmers are doing it tough.

But… some, it seems, are dealing not only with the ongoing impact of climate change, the aftermath of our worst bushfire season in history and drought, they’re also really keen to find a wife.

And because now seems like the perfect time for city folk to pack up their things and move to the country, Seven Network is bringing back a reality show that encourages just that. 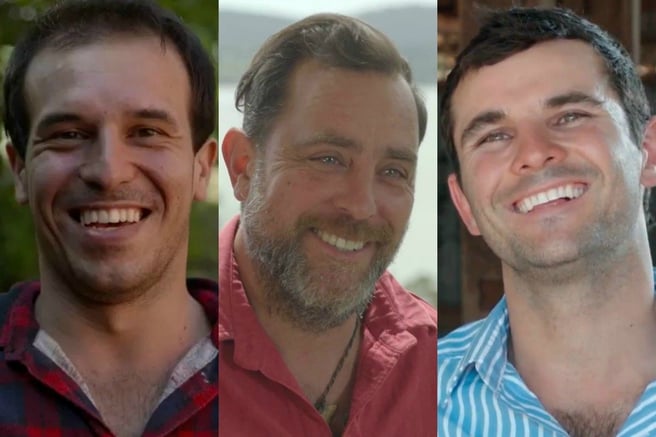 After four years off air, Farmer Wants A Wife is finally returning next month (although we don't know exactly when yet) with original host Natalie Gruzlewski.

But it looks like we might be in for a bit of a shock ending, with one of the six farmers apparently set to dump their winner and instead go back to their runner-up. Yep, someone's going to take a page out of the Bachie handbook and pull a full-on Blake Garvey.

An alleged insider shared the spoiler during an interview with Fifi, Fev & Byron on Tuesday.

"My friend is on Farmers Wants a Wife. I know that she ends up with the guy. He ends up choosing her at the end - and then he ends up going to the other girl that he didn't choose!" the insider said.

At this stage, the identity of the farmer remains a mystery.

For everything we know about the contestants (and their dogs), read our earlier post here.