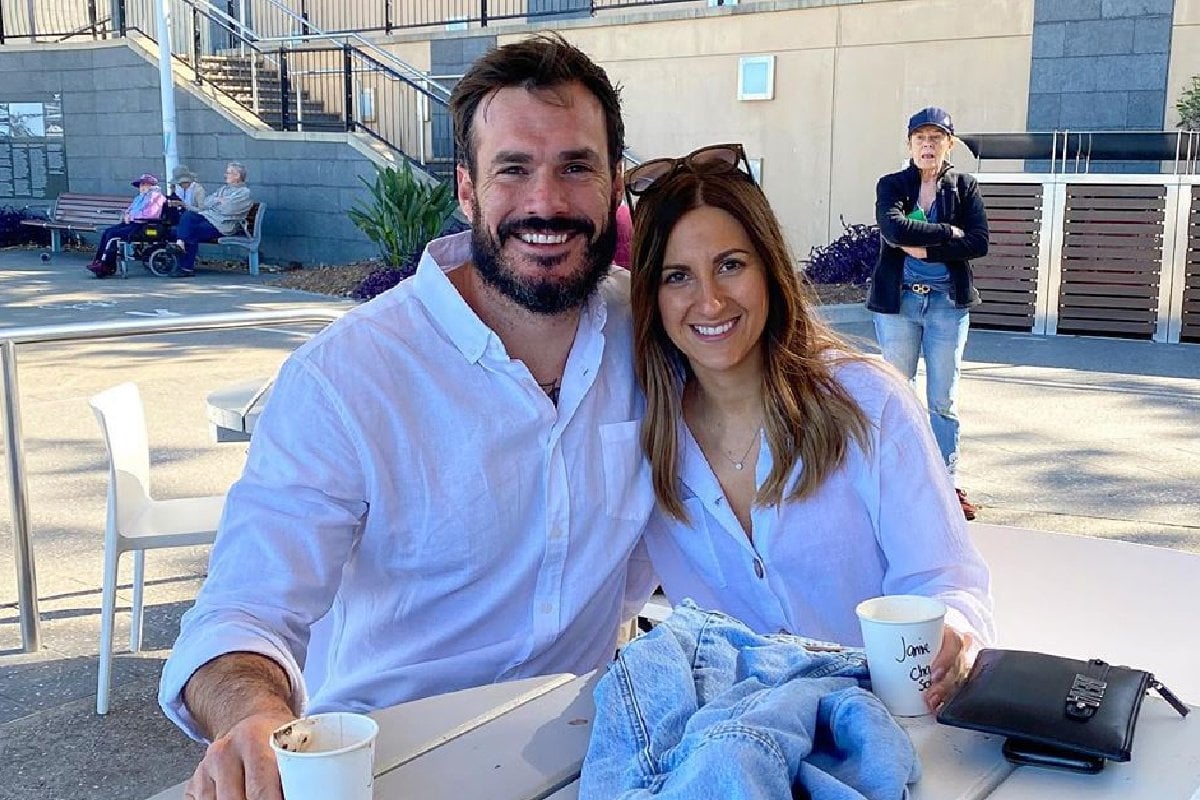 1. Maddy from The Bachelor says Irena and Locky's relationship is doomed.

It's been one week since Locky and Irena professed their love for one another on national television and already, people don't think they will last.

When appearing on Hit Hobart's Jimmy & Nath on Thursday, ex-contestant Maddy Carver admitted that although she can see them together for a short period of time, she "can't see them getting married".

Then she explained why.

"Locky had all these girls' attention inside the mansion," Maddy told the radio hosts.

"It would be really hard to go back to life just having one girl, don't you think?" she asked.

But despite her predictions for the new couple's future, she had some positives to say about nurse Irena.

"I honestly don't think Irena has a bad bone in her body," Maddy said.

"The nights that some people didn't feel well she'd be 'nurse Irena' and she'd get out her medical kit... giving people Panadol if they needed it."

Hmm, she might be backpedalling but it's sweet nonetheless.

2. Olympia Valance just got engaged to her AFL boyf, and the ring is mahoosive.

On Thursday, the 27-year-old uploaded a sweet snap to Instagram of the newly engaged couple alongside the beautiful ring. And my goodness, it is huge.

The caption wrote, "Today is a special day. The man of my dreams proposed to me. I get to marry my best friend."

While Thomas uploaded the same photo and said, "Couldn’t be happier...stuck with me now."

They have been together since June 2019.

3. Kourtney Kardashian’s former bodyguard has filed a sexual harassment case against her.

McWilliams, who reportedly worked for the family in 2017, accused Jenner of a "pattern of unwanted and unwelcome sexual advances and otherwise harassing misconduct".

According to court documents, McWilliams claims that Jenner demonstrated "non-consensual physical contact" and made comments "of an overt sexual nature".

He also claimed that both Jenner and Kardashian "refused to take action" to stop the alleged "attacks".

In response, the family's attorney, Marty Singer, denied the allegations.

"Kris Jenner and Kourtney Kardashian vehemently deny the completely false claims made by former security guard Marc McWilliams. His absurd allegations are clearly fabricated and are contrary to easily confirmed facts. Kris never acted inappropriately toward him," Singer said, according to the Daily Mail.

"The security company stopped assigning McWilliams to work there after the guard was repeatedly caught sleeping in his car on the job. Significantly, McWilliams never made any complaints to his employer about Kris until contriving this ludicrous claim a year later.

"Although Kourtney is named in the suit, she is not accused of doing anything improper, nor did she do so. When Kris and Kourtney defeat this frivolous lawsuit, they intend to immediately sue McWilliams and his attorneys for malicious prosecution."

4. Delta Goodrem, like the rest of Australia, has NFI whether she’s lost her job on The Voice.

Quick update: The Voice Australia was previously owned and aired by Channel Nine, but the show was recently purchased by Channel Seven, and it's caused quite the kerfuffle. Mainly because Channel Seven were boasting that they could do it for a lot less money than Channel Nine were pouring into it.

However, the pandemic (as it tends to do) has thrown another spanner in the works, with Channel Seven reportedly hinting that they may have to turn to an all-Aussie judging panel to navigate those pesky travel restrictions.

With that announcement rumours started circulating about the fate of international judges Boy George and Kelly Rowland, but it seems that homegrown local Delta Goodrem is equally as concerned.

When speaking to the Kyle and Jackie O Show, Delta said, "I genuinely don't know the next chapter is," when questioned about whether she's coming back to The Voice next year.

She then continued with:

"Every season, at the end of [The Voice], I take stock of the year. I go, 'How do I feel as an artist about this next chapter? What do I want for my next chapter?' And I'm truly taking it step by step."

Guess we'll just have to wait and see...

5. Mariah Carey was 18 when she met Tommy Mottola. For 10 years, he controlled her life.

In the public domain, Mariah Carey has had a certain fairy-tale glow to her life. The singer come complete with diamond tiaras, hovering courtiers and mind-boggling wealth.

But as she details in her upcoming memoir, The Meaning of Mariah Carey, she has often shielded the truth of her traumas from her fans.

Her new book details her experiences of growing up in a household of domestic violence and the racism she has encountered throughout her life.

But she also goes into detail about her first marriage to Tommy Mottola, a man 20 years her senior. 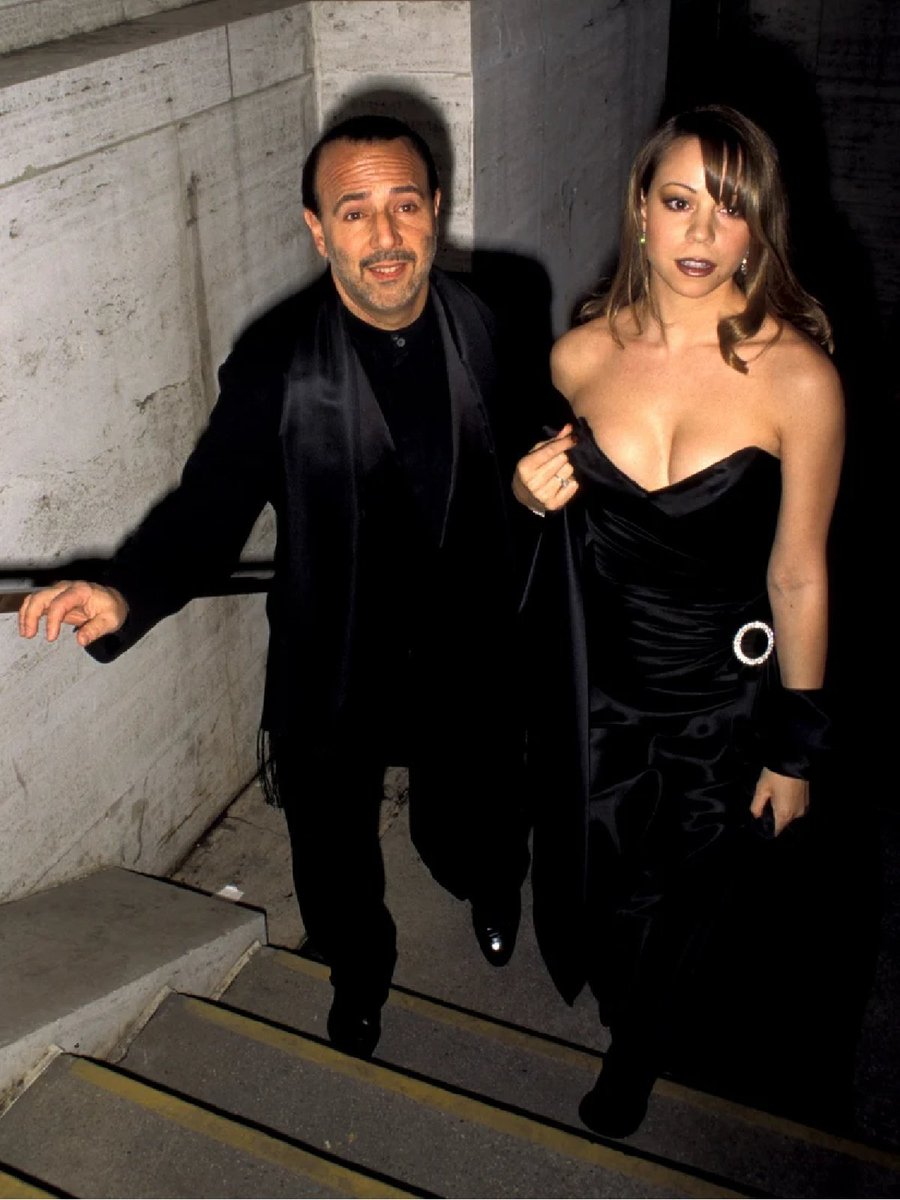 Image: Getty. In 1988, when Carey was a wide-eyed 18-year-old with big dreams, her unnamed demo tape was slipped to Mottola, who was then the head of Columbia Records, at a party.

In his memoir, Hitmaker: The Man and His Music, Mottola recalls hearing her voice for the first time on his way home.

"An unbelievable energy was running through me," he reflected. "Turn the car around! That may be the best voice you've ever heard in your life!"

As the story goes, he spent weeks trying to track her down.