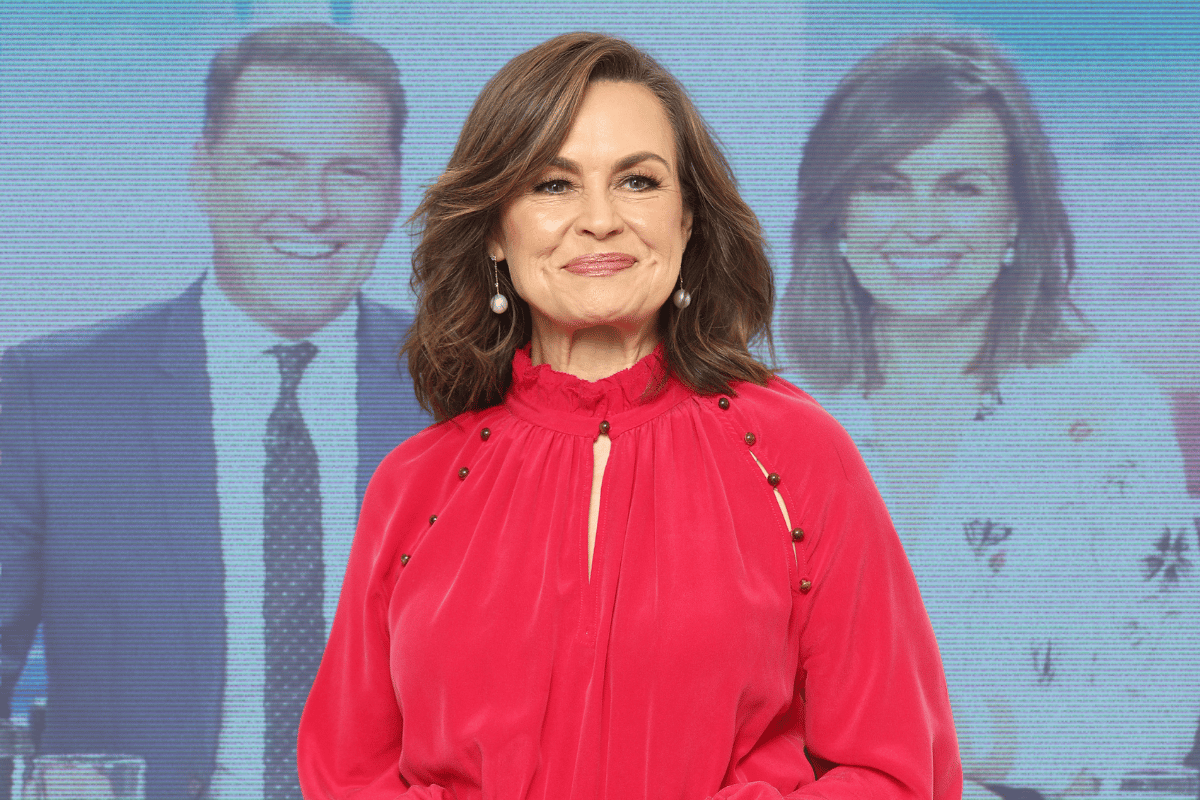 This post mentions sexual assault and may be triggering for some readers.

It's been four years since Lisa Wilkinson stepped away from the Today show desk.

After gracing our TV screens for a decade, the journalist and Australian telveision icon left the show after Channel Nine reportedly refused to pay her the equivalent salary of her co-host, Karl Stefanovic.

Now, looking back on her exit, Wilkinson has recalled feeling "humiliated" when she received a phone call telling her she was "dismissed" from the breakfast program.

"I was standing in aisle six at Woolies holding a can of tuna," she told journalist Hamish Macdonald on The Project, ahead of the release of her memoir, It Wasn’t Meant To Be Like This.

"I felt stupid and humiliated and betrayed and pretty pathetic."

Watch: In the lift with Lisa Wilkinson. Post continues below.

The Project host said no-one knew she received an offer from Channel 10 at the time and believes the move was meant to "humiliate" her.

"I think the idea was to humuliate me because I had been in negotiations to try and close the gender pay gap."

When asked how big the pay gap was, she replied, "It doesn't get much bigger than the gap that I experienced".

"I was very expendable," she added.

"I didn’t even get a chance to say goodbye to the audience. I was just told – that’s it."

Wilkinson also shared that she's "not really in touch" with Stefanovic after sharing a desk with him for ten years, adding that she "was hurt" by what unfolded.

"But you pick up and you move on — and that’s exactly what I did."

Speaking about the expereince to Stellar, Wilkinson said "it was pretty hard to live through" and information was being shared at the time that was "untrue".

"In writing the book, I had to go back and understand what everyone else was consuming about my story at the time. And it was quite shocking some of the narrative that was put out there by my previous employer," she told the publication.

"I feel that there was a lot that was said that was untrue. And I won’t say that some of the things I read weren’t pretty painful."

Listen Lisa Wilkinson shares what's in her bag on the You Beauty podcast. Post continues below.

Elsewhere in her memoir, Wilkinson opens up about the time she was sexually assaulted as a teenager by her father's friend.

It was an experince she was inspired to share after meeting Brittany Higgins, a former Liberal staffer who alleged she was raped in Parliament House in 2019.

"I wasn't actually going to write about that and I only made that decision earlier this year after witnessing the incredible courage of Brittany [Higgins]," she told Stellar.

"I thought, if [women] don't come forward and don't show how incredibly common these experiences are, then the perpetrators win."

"And I couldn't be a party to that," she added.

Wilkinson will share more about her assault in her memior, where she says she leaves "no stone unturned".

"I’ve completely opened up on things I’ve never talked about before, not even with some of my closest girlfriends. I share the roller coaster ride of joys, and sadnesses, the pinch-myself moments, and the hard lessons I’ve had to learn along the way," she wrote on Instagram.

"I’ve left no stone unturned, particularly when it comes to some of the more public moments you’ve seen in the headlines. Now, you’ll know the truth."

Reply
Upvote
1 upvotes
It was B A D and badly handled. I was very proud when you immediately picked up your job at The Project. Nine has a lot incommon with the Liberal Party, full of stuff shirt, narrow minded men. You did sock it to them at the time, it was gold.
S
suz 3 months ago