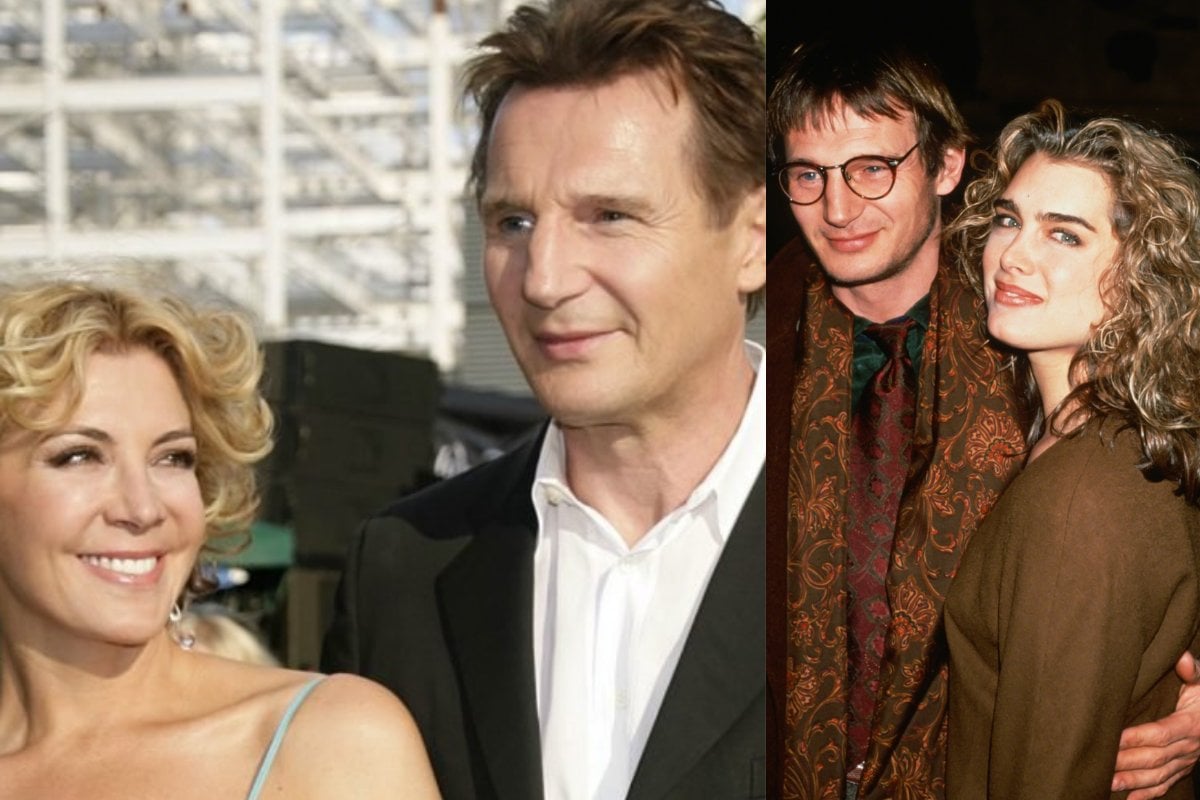 This month, Liam Neeson’s love life made the news – again.

The Irish actor revealed that he fell in love while shooting a film in Melbourne, but didn’t say the woman’s name.

Neeson has been dating high-profile women since he got his start in movies. A talented boxer as a teenager, he went on to study teaching in Belfast, but quickly realised it wasn’t for him.

Watch The celebrity couples we forgot about. Post continues after video.

“I was sent out to do teaching practice in Geordieland, teaching 12- and 13-year-old girls maths, physics, and drama,” he told the Evening Standard. “They were terrifying. I couldn't control them.”

Deciding to try acting, he’d done a few plays when he was spotted by filmmaker John Boorman and offered the role of Sir Gawain in the 1981 movie Excalibur. Helen Mirren was playing Morgana Le Fay, and many years later, on The Graham Norton Show, Neeson recalled seeing Mirren onset for the first time, as she walked towards him, in costume. “F—k!” was his reaction.

Mirren and Neeson lived together for four years.

“We were a serious item for a while,” Mirren explained.

Mirren, seven years older than Neeson, was a much more established actor. She had the fame and the money, while Neeson was still struggling to get roles.

"It was difficult for him to be under my shadow," Mirren told The New York Times.

Their split was a friendly one.

“He handled it with great elegance and grace,” Mirren said. “We loved each other. It was difficult to let go.”

After Mirren, Neeson was linked with a string of women, including singers Sinead O’Connor and Barbara Streisand. Former supermodel Janice Dickinson told Star she had a fling with him, and he was the most well-endowed celebrity she’d ever slept with.

"It was like an Evian bottle fell out of his pants," she said. "The earth shook. OMG, you don't understand – I swallowed my tongue I was so shocked. This was way before he was famous, too." 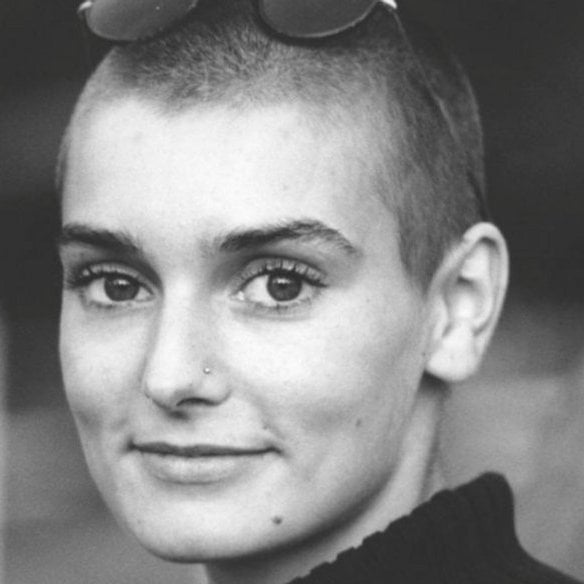 Neeson is rumoured to have dated numerous co-stars, including Julia Roberts, 15 years his junior, when they acted together in the 1988 movie Satisfaction. Nearly a decade later, when they co-starred again, in Michael Collins, he talked to the Irish Times about his relationship with her.

"There was an ease between myself and Julia on the set, a real ease," he said. "She was dying to do the film. Ironically, she first heard about Michael Collins from me, 10 years ago."

Things got serious with Brooke Shields. The actress wrote in her memoir There Was A Little Girl: The Real Story Of My Mother And Me that Neeson wooed her with “his brogue, his poetry, and his s--tty choice of cheap pinot grigio wine”.

Shields, who was 13 years Neeson’s junior, was excited to be dating a “real movie star”. She wrote that her mother Teri “flirted” with him.

“It did not get as creepy as it could have, since Liam hungered after any female attention, but none of it was healthy or real.”

After the two had been dating for three months, Shields says Neeson proposed to her – without a ring – then disappeared, saying his basement had flooded.

She asked him to phone her when he got home, but he never did. That was it – almost. Shields told PEOPLE that Neeson came back and asked her to marry him, again.

“This was before he started to do a play. And I said, ‘No, no, no, because knowing you, you’ll probably fall in love with your next leading lady and marry her, so I’m leaving myself out of this.’ And I was dead right.”

The play was Anna Christie, and the leading lady was Natasha Richardson. Neeson and Richardson fell for each other, despite Richardson being married to producer Robert Fox.

“She was a radiant beauty,” Neeson told 60 Minutes. “Cascading hair… I'd never had that kind of an explosive chemistry situation with an actor, or actress.”

Neeson and Richardson married a year after meeting, in 1994, and had two sons, Micheál and Daniel. Neeson said Richardson “cared for everybody”. 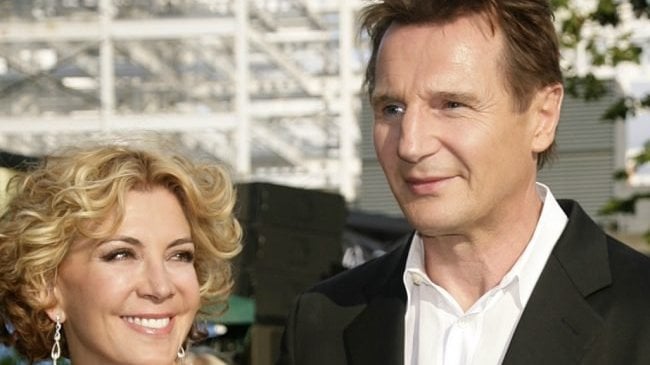 “She has a motherly instinct. And she'd make dinners for everyone and just looked after us all.”

In 2009, Richardson was skiing in Canada with Micheál, while Neeson was filming a movie. On a beginners’ slope and not wearing a helmet, she fell, hitting her head. An ambulance was called but Richardson reportedly knocked back the offer of medical attention. She called Neeson, telling him she’d taken “a tumble in the snow”.

Richardson had actually suffered a traumatic brain injury. A second ambulance later took her to hospital, and by the time Neeson got there, she was brain dead. The couple had made a pact that if either of them was in a vegetative state, the other would pull the plug. Neeson honoured that, after donating her organs.

Just days after the funeral, Neeson returned to work.

“I'm not good without work. I wallow too much. And I just didn't want to, especially for my boys, seem to be wallowing in sadness or depression.”

A year and a half after Richardson’s death, Neeson was spotted with another woman, British public relations executive and mother-of-two Freya St Johnston. St Johnston’s ex, Matt Winton, told PEOPLE, “They make a very nice couple.”

But Neeson was still mourning the loss of his wife. He told Esquire, two years after Richardson’s death, that the grief was something he couldn’t prepare for.

“It hits me in the middle of the night. I’m out walking. I’m feeling quite content. And it’s like suddenly, boom.”

In 2016, Neeson talked about Richardson in a social media post.

“She was my everything,” he wrote. “Those 16 years of being her husband taught me how to love unconditionally. We have to stop and be thankful for our spouses. Because, one day, when you look up from your phone, they won't be there anymore.”

It’s now been 13 years since Richardson died and Neeson has barely spoken about his love life since. That’s why it came as such a surprise when, on Sunrise earlier this month, he revealed what had happened when he was filming Blacklight in Melbourne in 2020.

As yet, the identity of the woman remains a mystery.

Reply
Upvote
Not sure if that’s a spelling error in the title or intentional :)

Thank you for your comment. The article has now been amended! Thank you!

Reply
Upvote
@taintedblackcat  I need to know what the funny typo was before they fixed it! :D